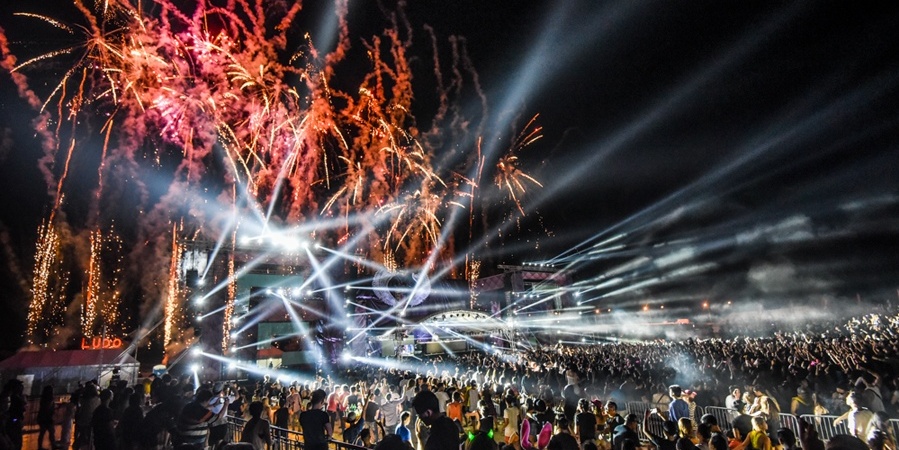 It's January, the first month of the year and the start of the Philippine festival season. First up on the calendar is Cebu's Sinulog, an annual cultural and religious festival held in honor of the Santo Niño, which happens every third Sunday of January. Over the years, the festival has gotten bigger and more popular with tourists and locals alike, with pocket events happening across Cebu for the entire month. This year, LifeDance 2017 brings 3 stages, 37 acts and thousands of people together in one massive gathering on January 13 at City di Mare SRP.

Manila indie favorites UDD (Up Dharma Down), Jensen and the Flips and The Ransom Collective will be heading down south to join homegrown Cebu bands Loop, Honeydrop and more on the Solaris Stage. Guatamelan-American DJ and producer Carnage, Miami based producer Lookas and LA native DJ BL3ND will be taking the Utopia Stage with Patty Tiu's Deuce, Ace Ramos and Nix Damn P!. Manila dance scene pioneer Manolet Dario is set to headline the Eden Stage alongside TIME in Manila resident John Odin, Bacolod-based DJ Clyde Harris and more.

Tickets may be purchased online or via their accredited sellers.

Check out the full line-up here: 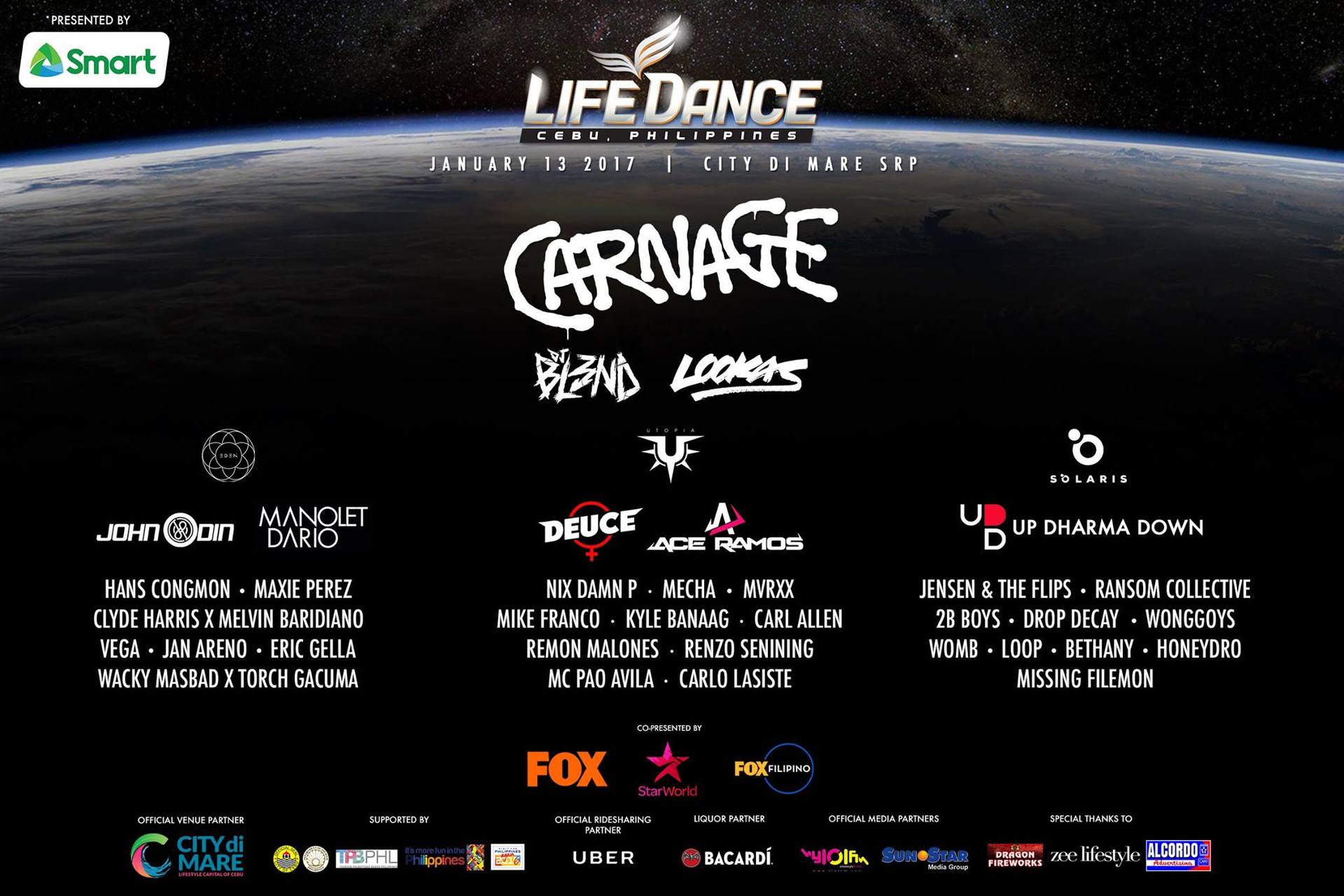 LifeDance 2017 is presented by SMART.