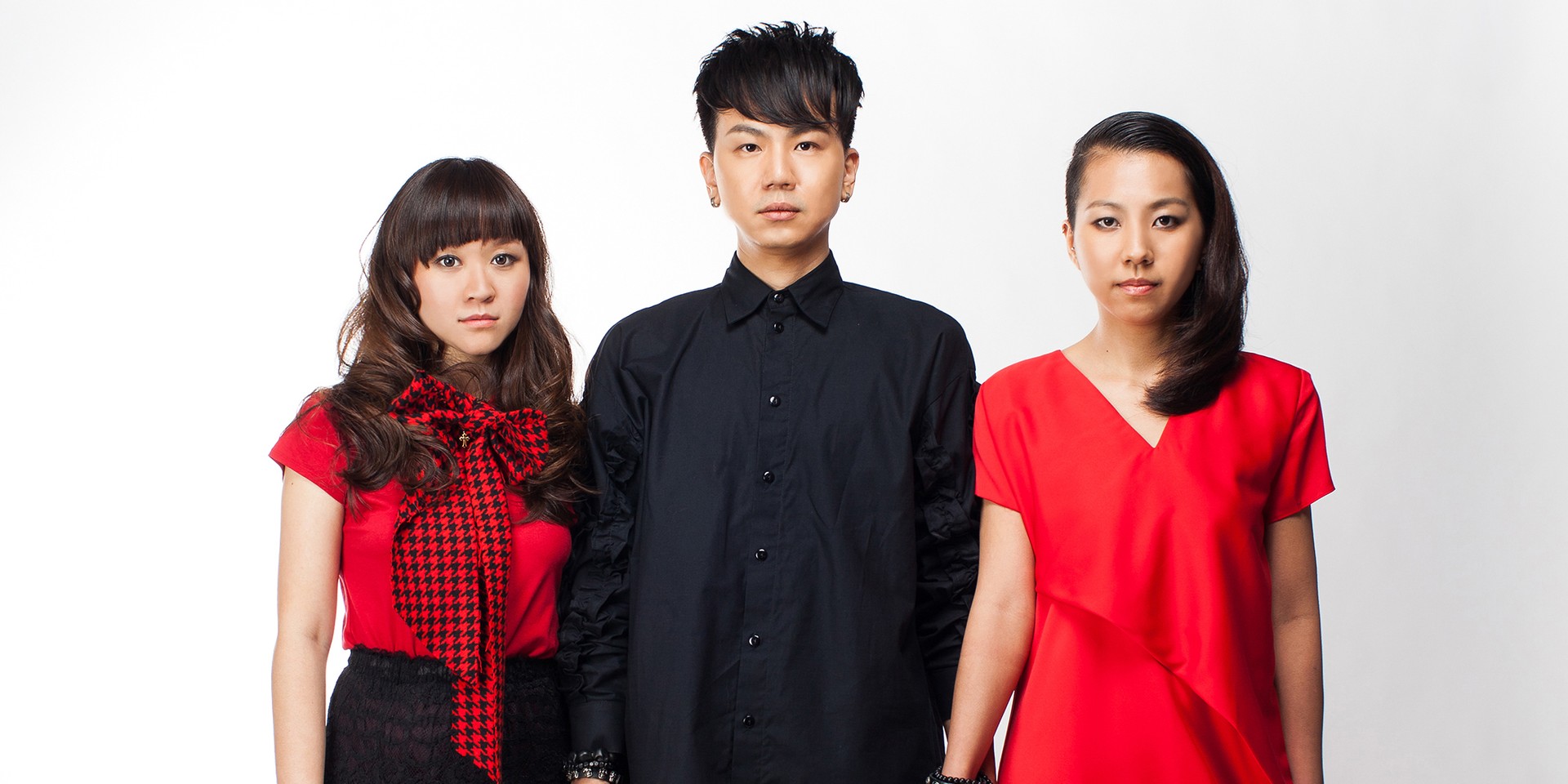 There's no one like SA. Not just in Singapore, but very likely in the rest of the world.

It's not just about their indomitable approach to fusion music — an amalgamation of the restless and conventions within a Chinese context — but simply a refusal to siphon ideas off the familiarity. Nothing is predictable about the trio, and with their newest conceptual work FLOW, it shows them at an artistic high point. With a focal point towards improvisation, FLOW is a volatile, unhinged and remarkably beautiful piece of work.

Learning from each member — multi-instrumentalists Andy Chia, Natalie Alexandra and Cheryl Ong — about the ideas behind FLOW gives a hint at the trio's uninhibited ambitions. With their launch shows for FLOW, they'll be specially teaming up with visual artist Brandon Tay for an audio-visual experience that gives credence to their overall vision that, as Natalie puts it, "helped keep things together."

Here's what Andy, Natalie and Cheryl have to say about FLOW and why improvisation matters to them.

Why the long span between the album release and the album launch?

Natalie: For SA, it’s a process. FLOW is an improvisatory album, and improvisation is a form that we’ve been exploring for a while now — we often improvise at festivals and gig events. We wanted this production accompanying the launch to be more meaningful than that. So it took us a while to reflect on the album, and to go through the process of re-conceptualising it for the show.

What got you guys into improv in the first place? Or did you start out with it then go into composed pieces?

Andy: I personally feel that improvisation is akin to composition, except that it occurs during the split second.

I was trained in both western and Chinese classical genres of music, which work a lot within composed pieces. One of my earliest contact with improvisation is when I was working with Dr. John Sharpley during his work 'Journey'.  During the same time, I was also involved with providing music for theatre productions; playing with gamelan, improvising over them; as well as my first band, a fusion jazz group called “The Forces”.

Cheryl: When SA first started out, Andy was writing most of the pieces and we all had scores. I think we very quickly progressed into disregarding the scores because we all wanted to play things our own way (laughs). And not to mention, it was hell trying to memorize. But largely, it was due to the fact that we wanted to use our instruments as a medium for us to express ourselves, we wanted to play music that was appropriate to the moment.

The single ‘pursuit’ was composed in this manner, first through improv — we took out the parts that we liked and developed those, and then put it into a loose structure of time signatures, key, timbre that we can replicate. There are still some improvised sections within the piece, so as to keep things fresh every time we play. 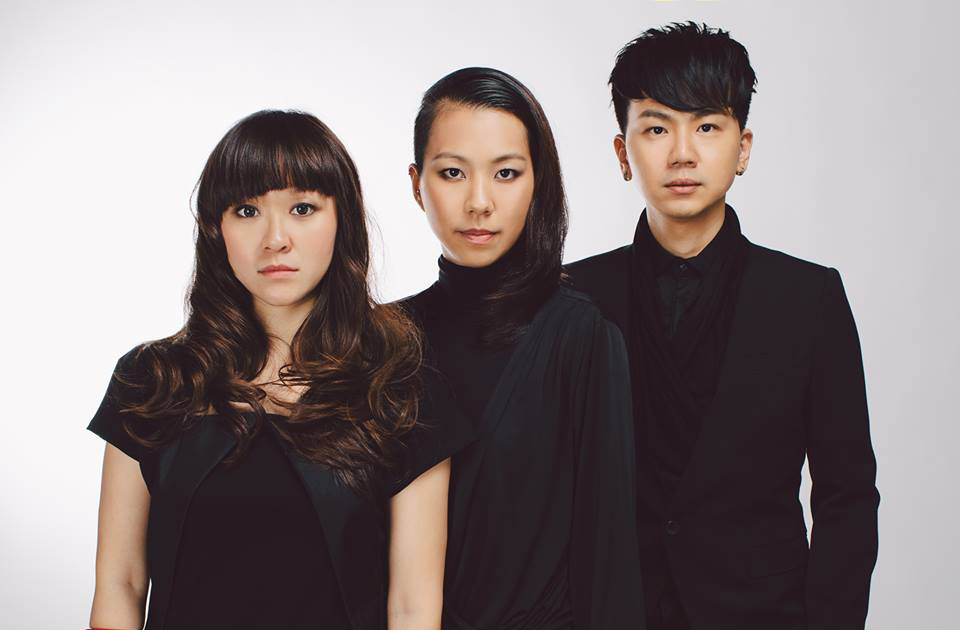 To put it simply, the composer becomes the creator of the work and the musicians become technicians, bringing what the composer has in his head and translating it into music. I guess we realized that we didn’t want to be mere technicians.

Don’t get me wrong, I have absolute respect for these musicians because it takes a lot of training, discipline and practice to become one. But we've wanted much more, to delve into concepts and having a voice in our craft. That is why we are doing what we are doing."

How do you think the concept of improve differs from ‘Western’ and ‘Chinese’ music? Is there traditional Chinese improv music?

Even for Chinese music, the basis of court music and traditional folk music were rooted in improvisation.

I guess a lot of these ideas are kind of lost in a way because people found a need to institutionalize music, for complete structure and control. The emergence of a scoring system and the rise of an orchestral structure where there is a hierarchy of composer, conductor and musicians meant that there was very little room for improvisation.

There is absolutely nothing wrong with playing composed pieces; after all, the three of us came from that background. I guess for us we have always struggled with understanding what other people wrote, especially when it comes to the meaning of the work.

We couldn't relate to pieces of work written by Chinese composers about scenic mountains and waterfalls. The melodies are beautiful, but we could only relate to it on a surface level, we could only imagine and try to portray what was in the composers mind. But when it comes to what we personally want to express, there is very little of that.

To put it simply, the composer becomes the creator of the work and the musicians become technicians, bringing what the composer has in his head and translating it into music. I guess we realized that we didn’t want to be mere technicians. Don’t get me wrong, I have absolute respect for these musicians because it takes a lot of training, discipline and practice to become one. But we've wanted much more, to delve into concepts and having a voice in our craft. That is why we are doing what we are doing.

Talk to us a little bit about the collaboration process with Brandon Tay. What was considered when trying to present this material audio-visually?

N: We wanted the collaboration to really be a collaboration where everyone’s voices are heard, with no dominance of one discipline over the other. We wanted to present a conversation, a form where Brandon and ourselves were interacting and engaged in. To help with this, we hung out a lot, built rapport, discussed life issues. And then, our vision was born, and this vision helped keep things together.

Describe the challenges you guys faced when producing something like this.

N: Mainly with logistics and budget! We didn’t want to put up a regular concert with us playing on stage and visuals projected  behind us, to pull through a concept that is slightly different, we had a lot of budget and logistical constraints.

SA has also always fallen in between the cracks. We are not pop, not indie, not singer-songwriters; yet also not classical or traditional. It’s hard for us to describe what we are to people sometimes and this makes it difficult for us to develop new audiences. So, please, come and experience us or you won’t know who we are or what we do!

How do you plan to replicate the improv elements on FLOW live at the album launch?

A: There isn’t really a good way to replicate improv. What we intend to do is to further the concepts and to go deeper into the rabbit hole.

SA trio will be performing FLOW in its entirety on November 24th and 25th at Aliwal Arts Centre. Tickets available through Peatix.