Her story began when she wanted to be a policewoman and in the CID as a child. And of course, our favourite local cop show Triple 9 had something to do with it. That afternoon, we spoke to Inch Chua the poet, writer, musician, artist, and ex-wannabe cop. "Till today, I still have the deep, dark fantasy of  kicking down a door and shouting 'FREEZE'. I still really want to do that," Inch laughed.

It's hard to catch Inch Chua in the same continent these days so when we did, we took her to the Singapore Arts Museum where a large patch of earth was missing from the front yard, only to be found inside, encased in glass and sort of moulding - the first exhibit to greet us on a balmy afternoon. The 'Unearthed' theme of the museum exhibits seemed to fit in well with Inch, the exhibitions being an insight on how artists in Singapore view and respond to the natural world, coming from and living in such an urban and built-up environment. 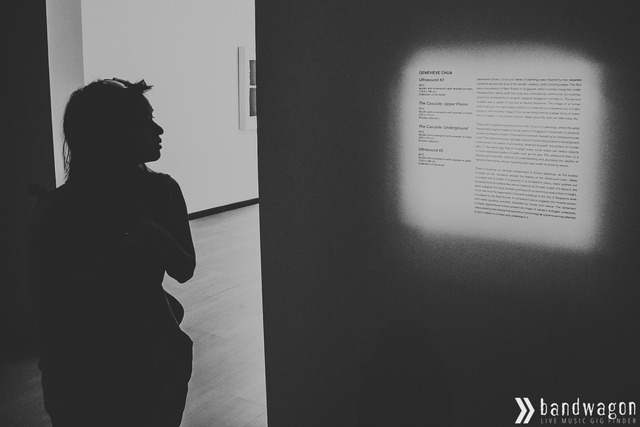 Moving to the US a couple years ago after making a name for herself in Singapore as an indie singer-songwriter, she created quite a buzz when her very articulate sentiments on Singapore music became quite public. "My lifestyle changed drastically when I moved to LA from Singapore because I was completely independent already," Inch says as she goes on to talk about doing groceries and paying rent on her own.

As we walked through exhibits that used the ocean as a muse, Inch whispered, "Isn't it coincidental that they're all about the sea?" She refers of course to her recently launched book Between The Devil & The Deep Blue Sea; a curated work of art, and probably the most personal oeuvre she has released up-to-date. Written, illustrated, and curated by Inch, the book will be stocked in couple of prominent places in both Singapore and the United States, including Kinokuniya, Books Actually, and selected stores in the US. 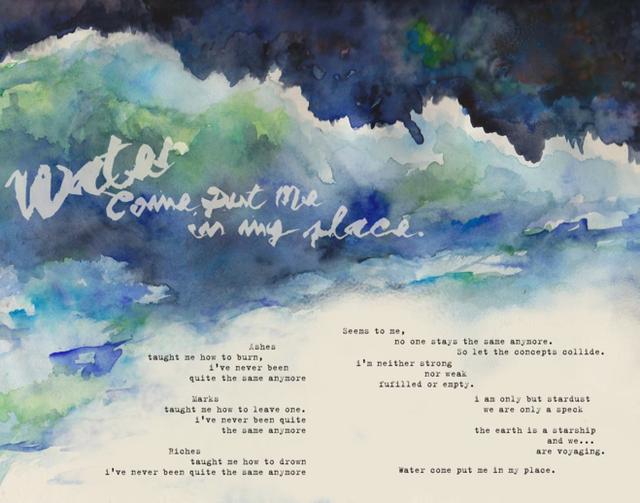 Between The Devil & The Deep Blue Sea is quite literally, bits and pieces of Inch herself. In it, you'll find handwritten notes torn out from looseleaf paper, a receipt of a cremation, watercolour drawings of a rich and surreal nature, hand-drawn portraits of people, a recipe here and there, thoughts on paper napkins - all of them full of meaning.

"Technically everything from this book has been around from 2004, up till now. I starting working on it from the time when digital was coming up and physical material was losing its significance," Inch explains. More fond of the physical format of things, Inch was reluctant to put her music and lyrics up online in the beginning, concerned that it will lose its meaning. "What I decided to do in the end is to publish a book with all the compiled lyrics and writing, and then subconsciously I started keeping every scrap of paper I had," she added on. 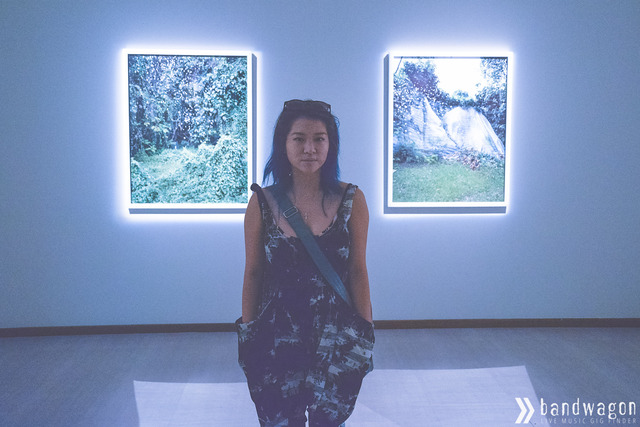 'Ridiculously sentimental' is how Inch describes her habit of racking up paraphernalia. "Most people have a shoebox to keep memories, mine is not a shoebox anymore, it's a monster of a mountain!" she declares. She also admits that she has kept a souvenir from every date she has been on. To her, it's a little bit of therapy and also a reminder to herself of how who she is now. "A version of me has to die for something new to happen, and I feel that there have been many versions of me that has lived and died, and lived and died," she imparted.

We weaved through installations that drew inspiration from underwater coral cluster, a video one that took us on the journey down Singapore's rivers and canals, and even one based on Bedok Reservoir. Inch took it all in, respectfully lowering her voice in front of the exhibits, and deciphering the meaning of each piece out loud. With a Fine Arts major in Lasalle, we'll take her word as gospel. "My favourite artist of all time is Antonio Gaudi, I even have a song named after him on Bumfuzzle," Inch tells us.

She reveals that music had never been something she wanted to be serious about, it was the fine arts that she settled for at first, and even aspired to be an artist. "Music was never my never within my periphery but after I graduated, it was the next best medium for me," she said. "I think most musicians usually gauge their career by someone else's career, most likely an inspiration of theirs. To me the ultimate success is to be able to write a song equivalent to my favourite song in the world." And to her, it is the song 'Both Sides Now' by Joni Mitchell.

"She wrote it at a very young age and at that time, writing those lines: 'I can the world from both sides now, and I still don't know love at all' carries something so hopeful, and naive even. But when she sings it now when she's 50, or 60, there's so much sadness instead, and the whole song just means something completely different. To me, that's the pinnacle of songwriting - to write a song that can mean many things, that is timeless, that means everything to her and also everything to everyone at the same time."

Inch professes that she's still learning things where she is at the moment, trying out in different projects, and something's brewing at the moment. Having recently moved to Brooklyn, NY, Inch revealed (or, we kinda guessed) that she's working on a musical at the moment. 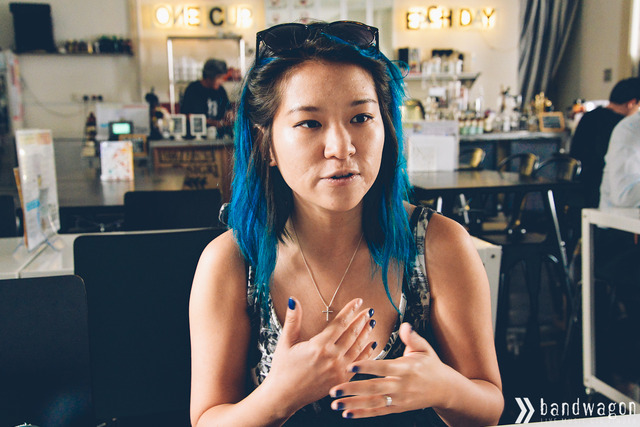 She gave a breakdown of the East Coast vs West Coast differences - "Conversation is definitely more interesting, LA is the epicentre of the entertainment world so it's a very creative city. There's the downside as well, everyone gave a lot to be in a big town so there's a lot of competition, which kills the creativity a little. No one is there to waste time so it gets a little opportunistic. New York is more creative in an organic way, I feel."

Mulling over her move to the States, Inch feels that it has given her space to develop as an artist, "I had my own space where I could make as much noise as I wanted, I could record a track and be active creatively. In Singapore I realised that I did not have my own space besides my own room. Psychologically it's much better to have some separation between your work and and your personal space, it's more conducive, like what I had in the US."

"You know where's awesome? Kansas!" Inch exclaims as we wind down the outing with a stroll. She continues to list down the reasons - fastest Internet speed in the world, cheap rent, being able to afford a studio in your own home, the flourishing music community in the Midwest. What we know is, wherever, and whatever this girl might take on next, we'll definitely be interested. We are already. 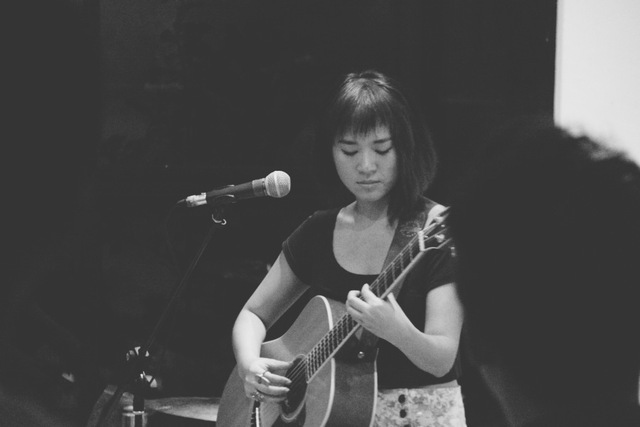 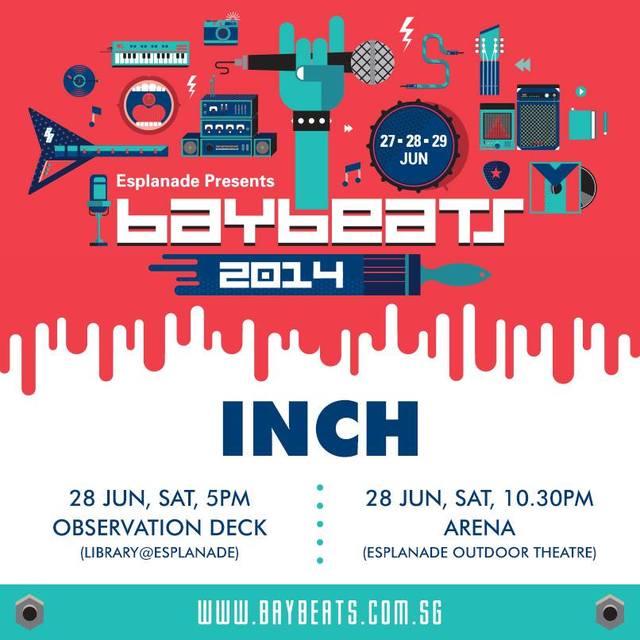