How time flies - Urbanscapes 2013 is next week! In our final Urbanscapes Special, we interview five more regional bands to find out what they're up to and let them run wild with their responses. This week, we're featuring the likes of rock 'n rollers Da Vagabonds, post-punk darlings M.O.I.S.T, post-rock veterans Damn Dirty Apes, alt rock giants Oh Chentaku and cello-rock outfit Paladin. Read on! 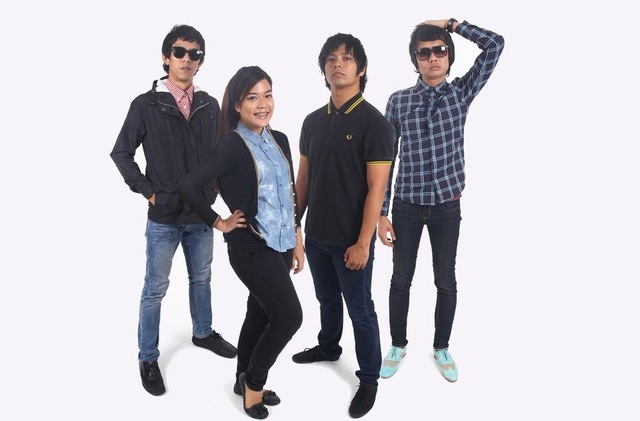 Which day are you playing on?
Sunday 24th November. Our slot is at 4pm at the main stage.

(*Note from Urbanscapes PR: The main stage, ie. The Commons.)

How are you preparing for Urbanscapes 2013?
Since it’s our first big show as Da Vagabonds, we do feel the pressure, but at the same time we are very excited. We have been practising and rehearsing regularly for this show.

Tell us about your most memorable moment from a music festival.
Watching an unknown band and becoming star struck by how good they were.

What can people expect from your Urbanscapes set?
You can expect songs from our EP that will uplift your soul and make your body move like Beyoncé or Jennifer Lopez. 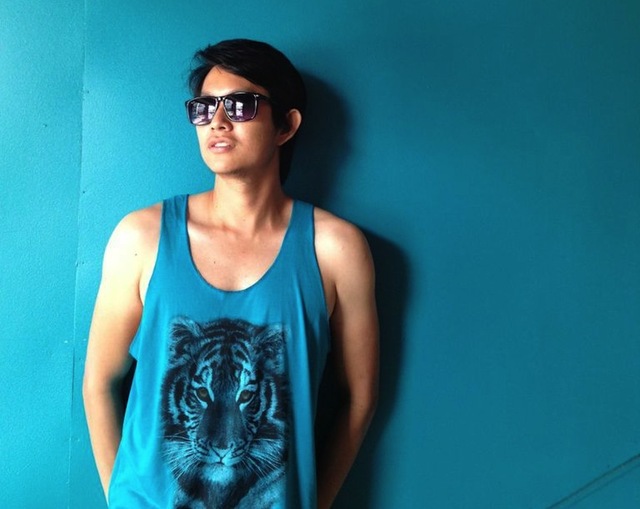 Which day are you playing on?
MOIST will be playing on the 23rd of November, The Woods stage. It’s a cosy little stage reserved for obscure acts like us – we like that idea of intimacy very much indeed.

How are you preparing for Urbanscapes 2013?
Our days are cut up into little slices of practice, followed by too much procrastination and one too many mamak sessions. That means 20 minutes spent with the synths and bickering passive-aggressively about tone and other such hideous pedantry. We put ourselves in that invidious position ‘til someone signals for a cigarette/snack/toilet break. Then, we’ll gather around the beat-up laptop with the too-small screen and squint through four hours of ‘The Hangover’ and its atrocious sequels. Brains reasonably stymied, we’ll re-enact some of the scenes. I would attempt a Zach Galifianakis impression. Those who bore witness thought that should never ever see the light of day.

What are you personally looking forward to at Urbanscapes?
I am approaching Urbanscapes as an enthusiastic fan of the bands they’ve managed to rope in, namely Last Dinosaurs, Franz Ferdinand and Two Door Cinema Club. It is almost serendipitous that the bands I dance to (awkwardly) in the relative privacy of my room can now be enjoyed with a throng of heaving, sweaty, strange bodies.

Tell us about your most memorable moment from a music festival.
It was Incubus’ closing song at Sunburst Fest (at Bukit Kiara). Mike Einziger was playing the Pi Pa (a traditional Chinese guitar) and Brandon Boyd was crooning, close-eyed, in that emotive, impassioned way of his. The crowd was hushed, and right smack in the middle of that reverent, enthralled mass of people was this couple, and they were kissing, almost in slow motion. No one paid them any mind at all. I thought that was beautiful – them wrapped in their own little bubble and serenaded by one of the most popular bands in the world at that point. They looked radiant – or it could just be me romanticising that particular sliver of memory to irrationally magical proportions.

What can people expect from your Urbanscapes set?
In the grand tradition of bands that’ve influenced us, we take a highly personal sense of turmoil and cut them into four-minute songs, or at least we try to. We might sway somewhat awkwardly to the songs ourselves, and hope that people would be persuaded to join in. Who knows, moving to personal lyrics set to mildly upbeat music could be cathartic for some, right? Frankly, members of the audience are granted carte blanche to react to our set any way they see fit. Cavort if you want to; we really don’t care. It’s a fest, so act festive! 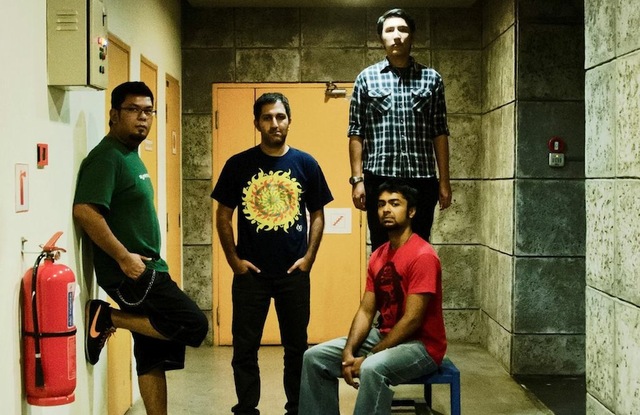 Which day are you playing on?
Saturday at 4.15pm… I think.

How are you preparing for Urbanscapes 2013?
The problem is, we are not preparing and it’s scaring the shit out of me. I’m in Penang, our drummer’s in Kulim and the other two monkeys spend most of their time in KL. What a shitty band!

What are you personally looking forward to at Urbanscapes?
Basically, the whole vibe of the place. It’s a nice mixture of artsy fartsy and indie.  I also appreciate the support they give to local bands. I know they need the western bands to pull in the crowd, but they never make us feel second rate.

Tell us about your most memorable moment from a music festival.
Fuji Rock, the red tent, Ian Brown closing out the set with ‘I am the Resurrection’. No John Squire, but they played it note for note. I had to hold back the tears.

What can people expect from your Urbanscapes set?
More drones, more new songs.

List five songs you'd put inside a "Festival Songs" Mixtape!
Festival music has to be upbeat and dancey, no mopey post-rock shit. These are all the bands I have experienced at festivals, so putting them on a mixtape would remind me of the great times I had. 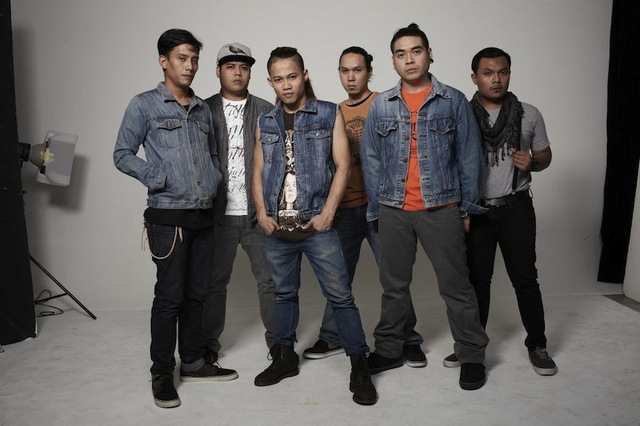 Which day are you playing on?
I'm gonna be rockin' with Oh Chentaku at the main stage (The Commons) at 6.30pm - 7.00pm on the first day of the festival, Saturday 23rd November.

How are you preparing for Urbanscapes 2013?
The boys have been in and out of the gym, getting their biceps ready to show off to all the girls. The kids don't know what they want; all you need is Suavecito Pomade and fake glasses.

What are you personally looking forward to at Urbanscapes?
The hipsters.

Tell us about your most memorable moment from a music festival.
I went to Baybeats during my college days with my childhood buddy. We had like S$100 that we spent on a return bus, then we crashed at a jamming studio somewhere near Arab Street for the night. First time to a big festival, no money, no problem.

What can people expect from your Urbanscapes set?
Expect a fun, rocking show with Oh Chentaku and of course, we'll be selling some band merchandise for you to bring home.

List five songs you'd put inside a "Festival Songs" Mixtape!
The songs always in my list include new numbers in the upcoming album… ‘Wicked Offspring’, ‘Sing It Rock&Roll’, ‘Seriputeh’ (ft. Altimet), ‘Serenade’ and well, sometimes the covers we did on Versus (the battle of the bands programme on local channel TV9). 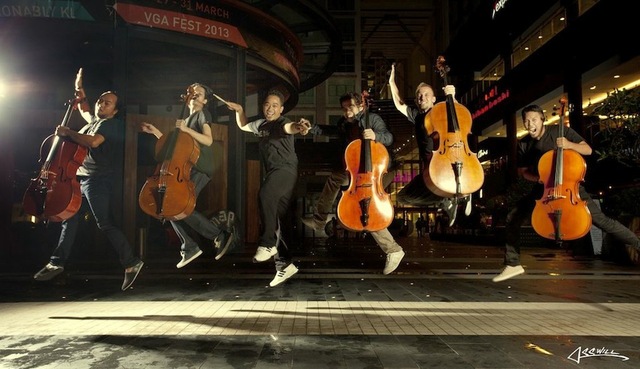 Answered by: Florian Antier aka Flow

Which day are you playing on?
We are playing on 24th November (at The Woods stage).

How are you preparing for Urbanscapes 2013?
Praying for a good sound engineer who will know how to deal with five cellos playing very loud music with effects. And there aren’t many!

Tell us about your most memorable moment from a music festival.
During our recent Thailand tour, we frequently went to our gigs by tuk tuk. Seven people, five cellos, and three tuk tuks. Get the picture? :P

What can people expect from your Urbanscapes set?
A real rock show without a single guitar involved. Doesn’t happen everyday… ;)