Urbanscapes has announced its first wave lineup for the music acts that will be performing this year. Running from 16 to 24 November, Urbanscapes 2019 will be taking place across various city spots in Kuala Lumpur, Malaysia.

This year, the creative arts festival will be hosting 777 Music Presents on Thursday, 21 November and #UnlimitedGroovesFestival on Sunday, 24 November as part of its musical celebrations. Each of these events will see performances by artists such as Boy Pablo, Cuco, Sobs, and more.

The lineups are as follows:

More performers for Urbanscapes 2019 will be announced at a later date.

Urbanscapes 2019 will be taking place from 16 to 24 November in Kuala Lumpur, Malaysia. For more information and updates, visit the official Urbanscapes Facebook page. 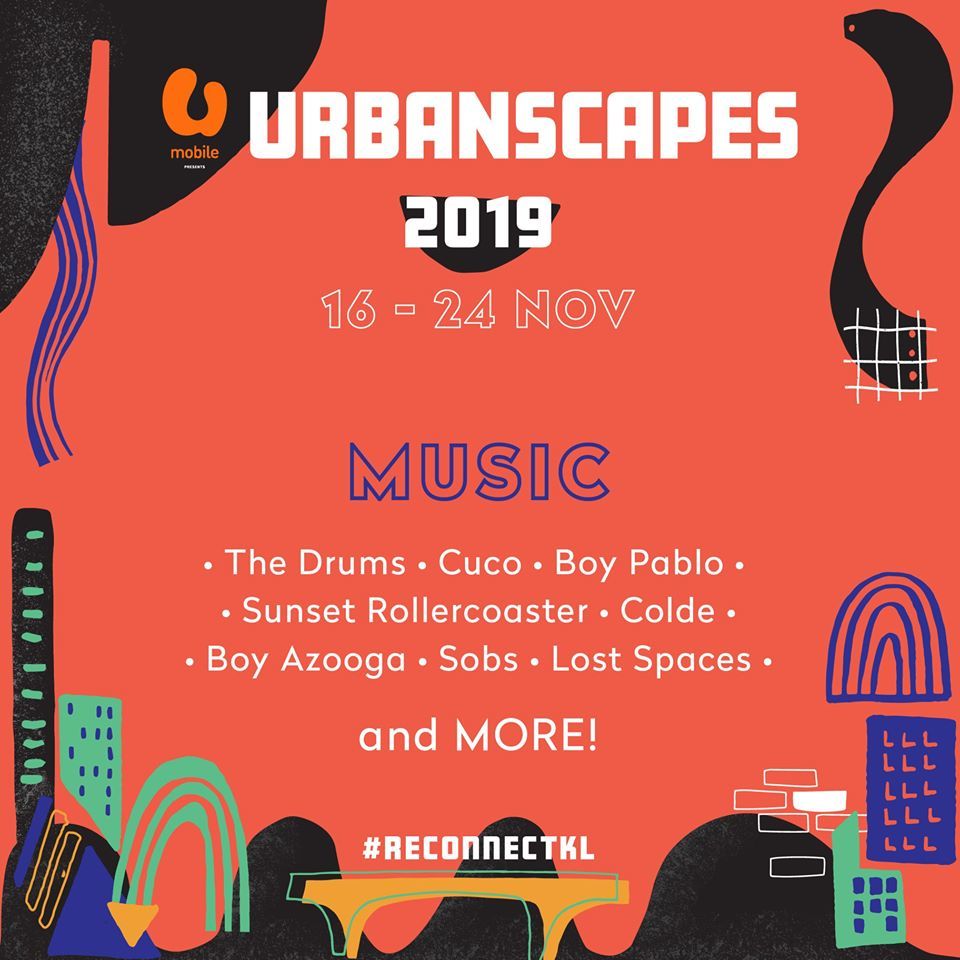