Sometimes, it’s not just about perseverance. Sometimes, it’s about trusting that inner voice to drown out noise of the world and take that leap of faith into new possibilities. Thai-Italian singer-songwriter Valentina Ploy experienced two beyond-pivotal life-changing events a year apart from each other: In 2017, she joined The Voice Thailand and rose through the ranks until she reached the battle round; in 2018, she was discovered for and subsequently participated in Miss Universe Thailand and emerged the second runner-up. Both these defining experiences happened before the unblinking eye of public scrutiny – which is mythically a lot for the average person to handle. But for someone self-conscious about opening up in front of other people, facing the kind of pressure that comes with the glare of that exposure is unimaginable. Yet, she more than survived this baptism by fire.

In February this year, she released her debut single ‘See You in Life’, via Thai indie label What The Duck, a subtle and gorgeous showcase her magnanimous voice. Lilting and warm, it coats every utterance with a mellifluous clip, like a kiss on the envelope of a letter to someone near and dear. So brightly evocative, it envelopes the listener without engulfing them in its owner’s experience. Fluent in five languages – Italian, Thai, English, Spanish and French – Valentina seems to have mastered a universal storytelling language with a poignant emotional specificity.

At the recent edition of Music Matters 2019, she sat down with us and took us through how she rode the two-year whirlwind and found her voice in the process.

What drew you to making your own music?

I was eight when I began writing songs. I also used to play the violin for about six to seven years. The writing happened because I was too shy to sing – even though that's what I always wanted to do. Writing in my little diary was a channel for me to get my thoughts and feelings out there and I didn't have to feel self-conscious when I did so. When I finally decided I wanted to sing, I asked my mom to sign me up for singing classes. Playing the violin became too academic and I grew bored of it. Back then, I used to sing a lot in the bathroom! [Laughs] One day, I took part in the X Factor (Italy) and people started to take notice.

And how was the reception?

People started to notice me when my best friend posted a video of me singing on Facebook – without me knowing! One morning, I woke up, and it was there! Being on X Factor taught me a lot. I definitely learned more about myself and what my limits were. I realised that if I wanted to share my music with the world, I had to push myself further – much further. It made me more self-aware and confident. When I was holidaying with my family in Thailand, last year, I joined The Voice Thailand. That was also very interesting.

It was a turning point because I felt that even if I went to to an instructor, as long as I was singing in front of other people, I was very blocked and nervous. I decided that I had to change this: I took acting classes and did everything I had to un-block myself. Singing has helped me throughout my life. If I was going through something, singing always made me feel better.

You were also a runner-up in Miss Universe Thailand 2018. How different would you say is making music from being in the modelling world?

Actually, with how I do things, there's not a big difference. It's more of a different way to do the same thing, which, to me, is sharing something good with other people. If I can share thoughts or positivity with people, in another way, then, it's a good thing.

Even though you've only been making music for a year, you've amassed more than half-a-million monthly listeners on Spotify alone.

I don't know how that's possible! [Laughs] I feel so happy, grateful and surprised. My songs have always been so personal but now, everyone can sing along and know my deepest secrets. I write about real things that happen in my life. That's why it was harder to show my music to other people, in the beginning. It was like, "Oh, my god! I'm going to share my whole story with you!". It makes me so happy that people relate to my songs, that they feel understood.

Sharing about your experiences is what makes life beautiful. When I listen to other artists' music, I feel better – I feel that I'm not alone in the world with my problems. That's why I'm trying to do so the same and give back. I might not write the best songs in the world, but they're real and sincere. I just want to give out something good – reach out to people and connect with them.

You sing in English. How has it been using English to express yourself?

When people ask me if I feel more Thai or more Italian, I tell them I don't know. I feel like I'm somewhere in between. In this sense, English is the centre, the middle ground. I've spoken it since I was young. It comes more naturally to me than Italian – and Italian is my first language! [Laughs]

Let's talk about 'See You In Life'. What’s the story behind that song?

I moved to Thailand last year. When I went back to Italy for visiting, I bumped into my ex-boyfriend. That's where the line, "It's been a long, long time since I saw you around", comes from. The song is inspired by that encounter. We met after so long and we're still friends; we love each other but in a different way. It was so strange to meet him again. I went back home and wrote this song, while crying! [Laughs]

Does he know it's about him? 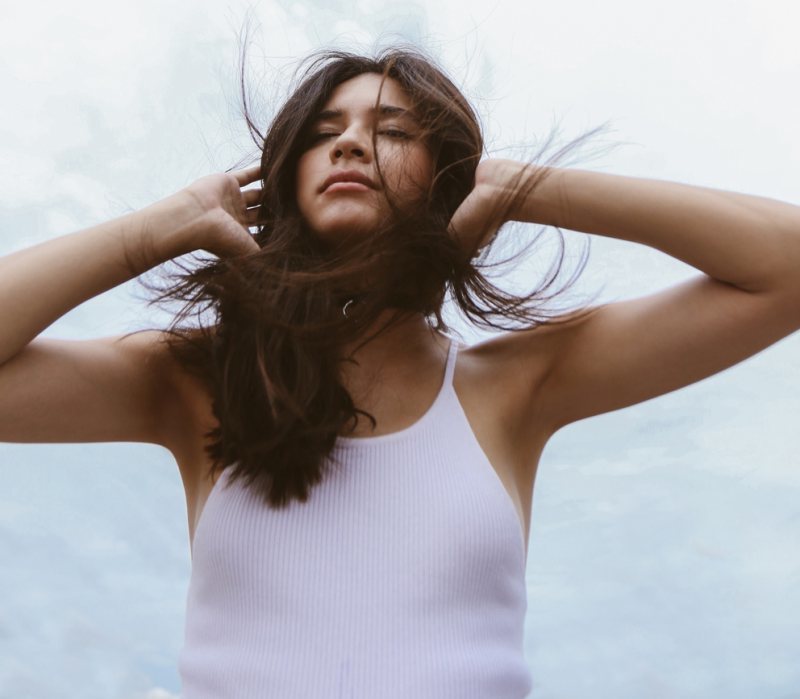 Now that it's been out in the world, did it do what you wanted it to do for you, emotionally?

Yes. I feel a lot better. A weight has been lifted off me. I feel light again!

And how did the 'Wire' happen?

That was also about another relationship of mine. Though he lives in Bangkok, he travels a lot, so we were always far from each other. I wrote this song during one of those moments when I didn't know where the relationship was going but with the hope that we'll do our best to stay together. Even though we were are apart from each other, we could still make it happen. And then, I fell off the wire! [Laughs]

Lastly, with all the buzz around Asia, how do you feel about being an artist in Asia at this moment in time?

It's a great time in for music in Asia – it's a good time to bring something new. Even the audience and listeners want something new. I have so many songs: There'll be more singles out before I release an album.