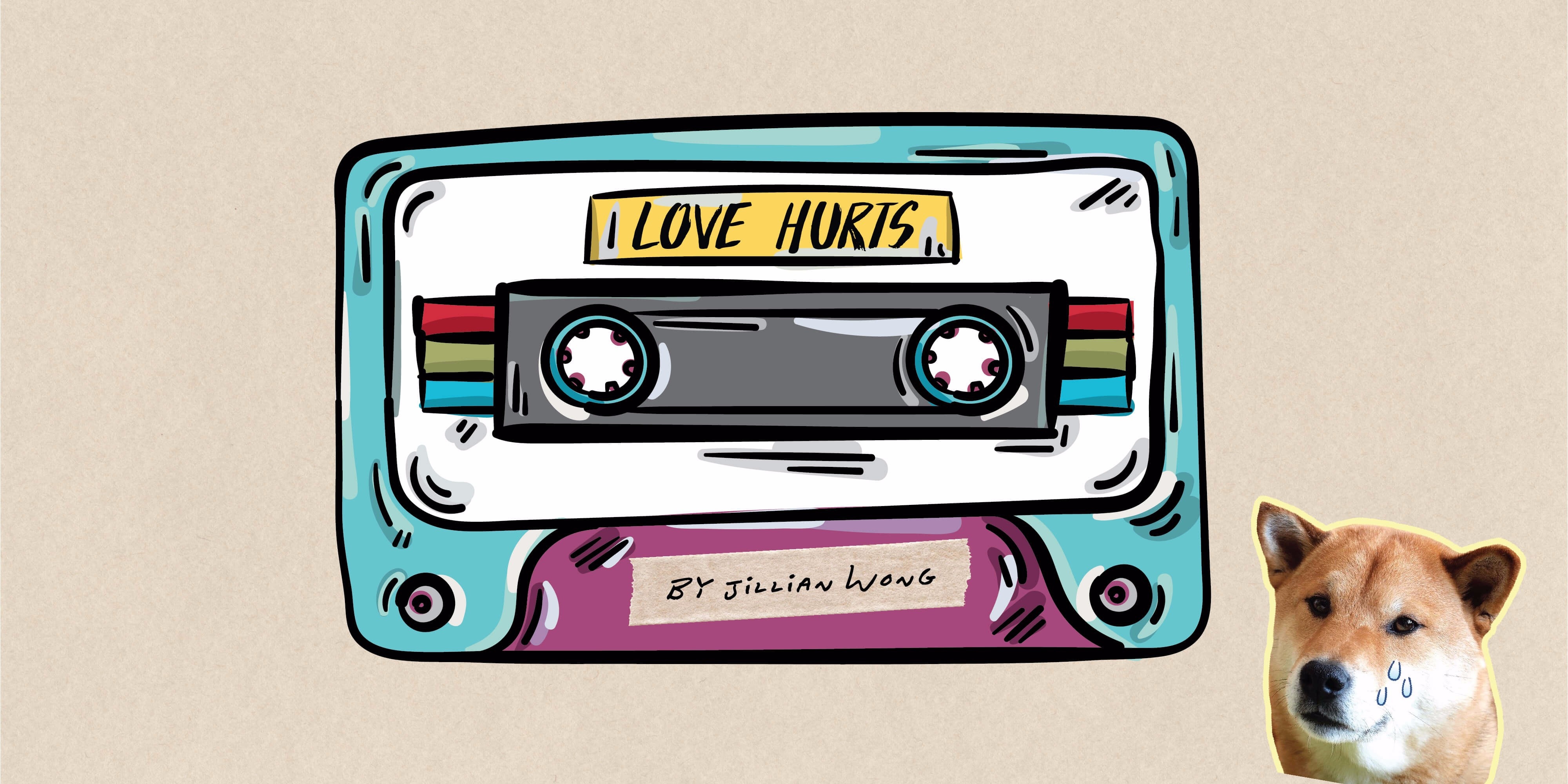 Depending on your relationship status, the mere mention of Valentine's Day could either conjure visions of flowers and romantic dinners or provokes an exasperated eye-roll. For those of you who fall into the latter camp, seeing smug couples acting all "lovey-dovey" and being inundated with what seems like a never-ending blitz of Valentine's Day ads can prove to be grating.

Whether you're a perpetual singleton or nursing a heartbreak, we've put together a playlist for all you lonely hearts and broken-hearted folks out there. So put your earphones on and press play on these 12 tracks we've selected — specially for you.

Throbbing with swirling synths, this infectious cover of the Platinum Blonde song describes the futility of trying to stay friends with someone you're still in love with. When Robert Smith drawls "Cause it's cold outside, when you coming home?/Cause it's hot inside, isn't that enough?", it's your cue to dissolve into tears on the dancefloor.

The Clash – 'Train in Vain'

Tacked onto the end of London Calling, this unexpectedly Motown-influenced tune from the British punk rock band showcases guitarist Mick Jones at his most sensitive and vulnerable. "But you don't understand my point of view/I suppose there's nothing I can do/Did you stand by me/No, not at all/Did you stand by me/No way", he sings as he accuses an ex-girlfriend of deserting him — the heartache is palpable here.

Arguably one of their best songs, this devastatingly beautiful epic off 1993's Rollercoaster hits you straight in the gut. Mark Kozelek has always been a master at articulating regret and sadness, and the lyrics and instrumentation come together perfectly to paint a portrait of lost love. When he intones "Without you what does my life amount to?", it's hard not to feel a lump in your throat.

Nothing hurts quite like seeing your former flame with their new partner, and Miles Kurosky of '90s San Francisco indie poppers Beulah knows this well. Taken from 2001's The Coast Is Never Clear, the song's breezy, cheerful vibe belies its dark lyrics about how "Just because he loves you too/He would never take a bullet for you". It also contains a reference to The Magnetic Fields. Speaking of whom...

The Magnetic Fields – 'I Don't Want To Get Over You'

It might be an obvious choice, but if you've ever struggled to move on from a failed relationship, you'll find this song from the Massachusetts band's oeuvre unreservedly relatable. In this live performance on BBC, frontman Stephin Merritt sings about taking Prozac and smiling at "Somebody new/Somebody not too bright/But sweet and kind" in an attempt to forget an ex.

Hell hath no fury like a woman scorned, and the title track from PJ Harvey's sophomore album Rid of Me is all snarling, visceral rage. Written when she was going through a break-up, she hisses and spits raw, charged lyrics with a blazing intensity. On record, it's rough around the edges, but live it's an absolute beast. Just witness Harvey's scorching rendition at Big Day Out circa 2001 below, where she performs with nothing but her guitar and voice.

Noah and the Whale – 'Blue Skies'

The period after a break-up is always a rough one. Your heart feels like it got ripped out and stomped on, and you tearfully vow you'll never love again. Written after parting ways with fellow singer-songwriter (and former band collaborator) Laura Marling, lead singer Charlie Fink channels heartbreak and optimism in this bittersweet ode to their relationship. Sad yet uplifting, it's a reminder that time heals all wounds and everything will (eventually) be alright.

Violent Femmes – 'Please Do Not Go'

Though nowhere near as crushing as the pain of heartbreak, unrequited love can cause some serious anguish. Have feelings for someone who just isn't into you? Drown your sorrows in this Violent Femmes tune from their 1983 self-titled debut, in which frontman Gordon Gano pleads to the girl of his dreams, who's tragically in love with another man.

Blur – 'No Distance Left To Run'

"It's over, you don't need to tell me." From the opening line to its naked admission of "I got no distance left to run", Blur's single off their 1999 album 13 packs an emotional punch from start to finish. Damon Albarn penned it as a farewell to Elastica singer Justine Frischmann, whom he had an eight year relationship with. Easily the most moving thing he's ever written, it's the sound of a man closing the chapter on a significant period in his life.

Stars – 'Your Ex-Lover Is Dead'

Full of lush strings and gorgeous horns, the lead single from the Juno-nominated, Canadian indie band's sophomore album Set Yourself On Fire is an exquisite account of two former lovers reuniting and reminiscing about their past. Evocative and captivating, the lyrics spin a rich narrative about acceptance and letting go. Also, any music video that references Eternal Sunshine of the Spotless Mind gets the thumbs up from us.

Scottish hard rockers Nazareth's discography is filled with achy breaky tunes, and their cover of this classic ballad is probably the most heart wrenching of all. Originally recorded by The Everly Brothers, their version is an emotional powerhouse anchored by Dan McCafferty's heartfelt, raspy vocals. A great song for drunken karaoke sessions too.

This list wouldn't be complete without this everlasting anthem of love gone awry by seminal Manchester post-punk legends Joy Division. Underscored by whirling guitars and an irresistible synth hook, the bleak, haunting lyrics are as much about singer Ian Curtis's rocky marriage as his fragile state of mind. Curtis hung himself on the eve of the band's 1980 US tour, just five months after recording it, unfortunately cementing his status as one of rock music's most troubled — but brilliant — souls.