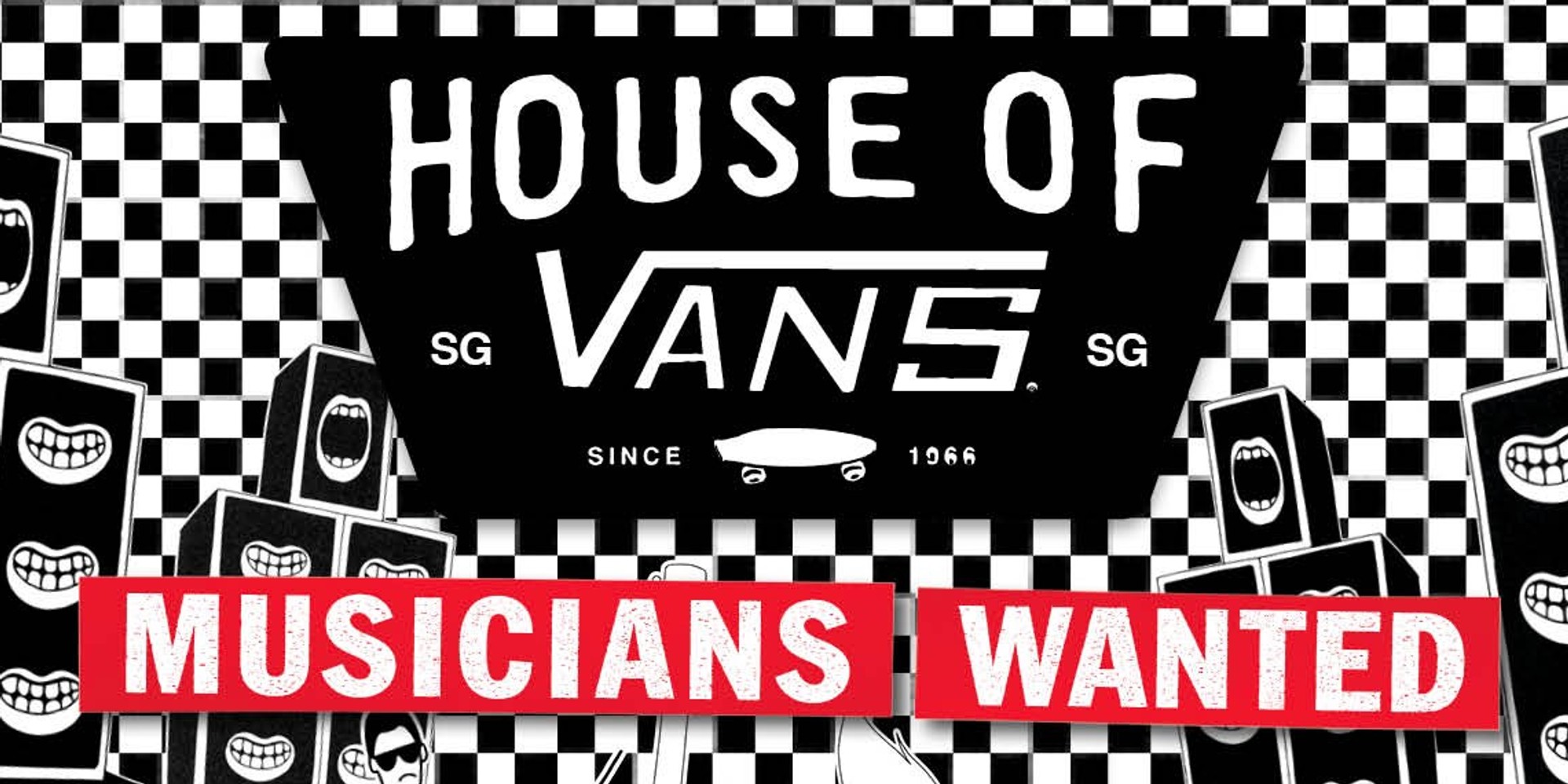 Vans, the original action sports footwear, apparel and accessories brand, has unveiled the 2016 edition of their APAC Musicians Wanted initiative.

Through the initiative, in partnership with Bandwagon, local musicians are invited to compete for a spot to perform at the inaugural iteration of Vans’ esteemed House of Vans Asia tour, which will make a stop in Singapore on September 24, 2016.

Starting from August 12 to August 27, bands or musicians may submit their chosen works to Vans.

They will then go through the process of public voting from August 21 to August 27, with the judging panel screening process following suit from August 29 to September 2.

There will be a total of 3 bands selected for the Vans Musicians Wanted Finals, where the artists will compete for the prize to play on the House of Vans Main Stage. All of the successful applicants will be notified of their outcome on September 5.

“If you are a musical veteran, aspiring rock star or a newcomer to the local music scene, this is your opportunity to get some recognition for your musical talent and support some elevated music acts at the legendary House of Vans events,” so says Vans.

The House of Vans (HOV) is a regular platform aimed at bringing together music, art, skateboarding, BMX, fashion and street culture. Held in Brooklyn, London, Hong Kong, Shanghai and many other places, The House of Vans features music performances, art installations and workshops.

More info on Musicians Wanted can be found here. 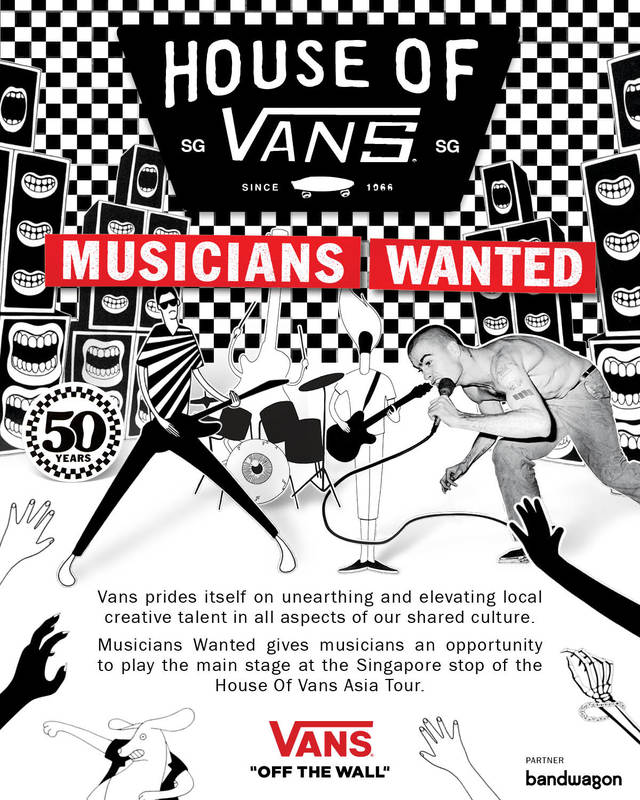