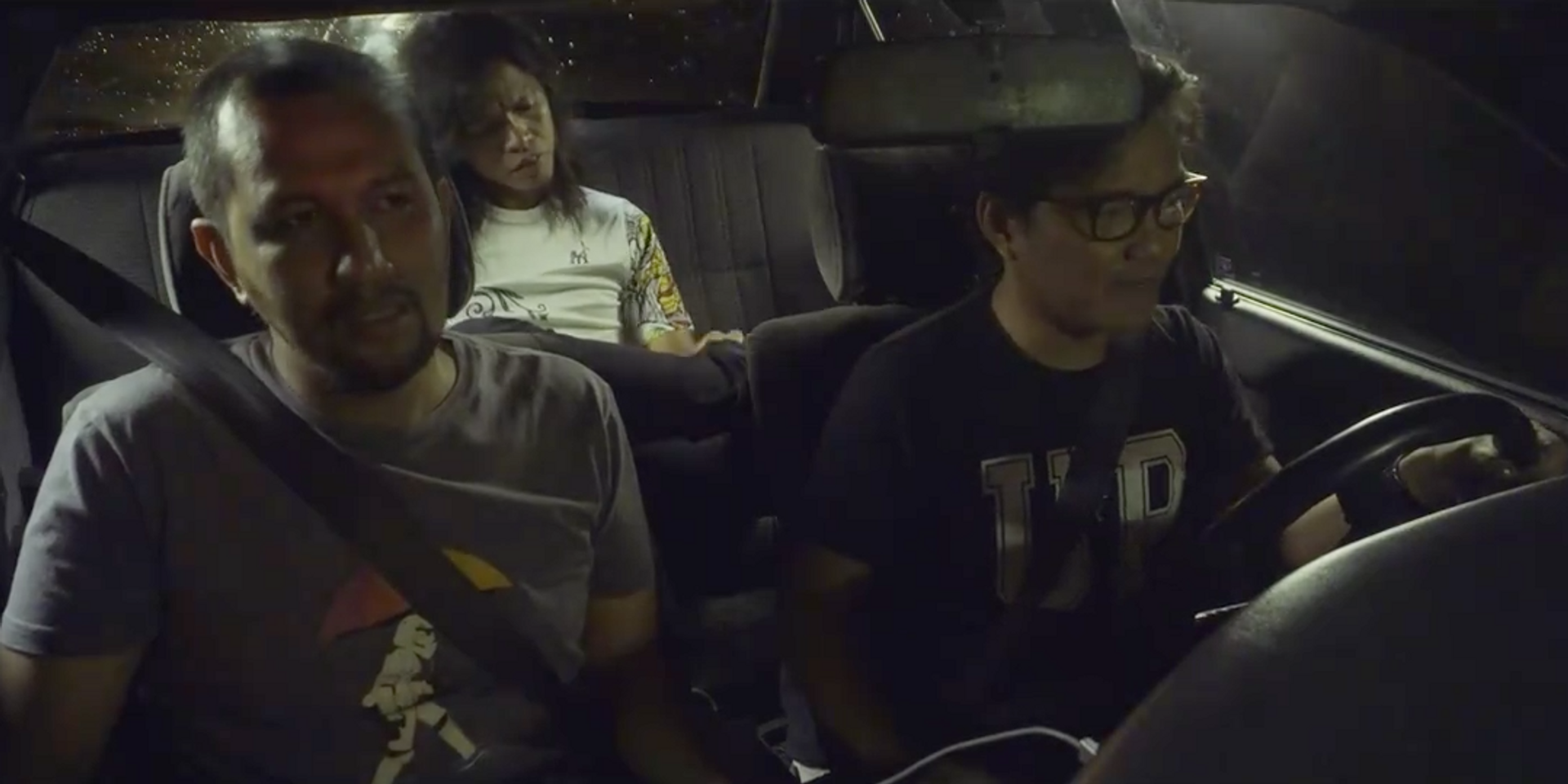 Starring Paulo Avelino and Maja Salvador, I'm Drunk, I Love You is a story about best friends, love, and bagnet. (You'll know when you watch the movie.) Aside from superb acting, the romantic indie flick is also soundtracked by local music including songs by Ang Bandang Shirley, Kai Honasan, and The Out of Body Special.

The singer-songwriter trio of Ebe Dancel, Johnoy Danao and Bullet Dumas, collectively known as 3D, performed a cover of Sugarfree's "Burnout" especially for the film. The lyric video, directed by RA Rivera (who also directed Rico Blanco's "Wag Mong Aminin"), features clips of Paulo and Maja from the movie, as well as the men of 3D driving around the city. This is the trio's first-ever recorded song.

Curious about the soundtrack? Someone made a Youtube playlist of all the songs in the film. Listen here.