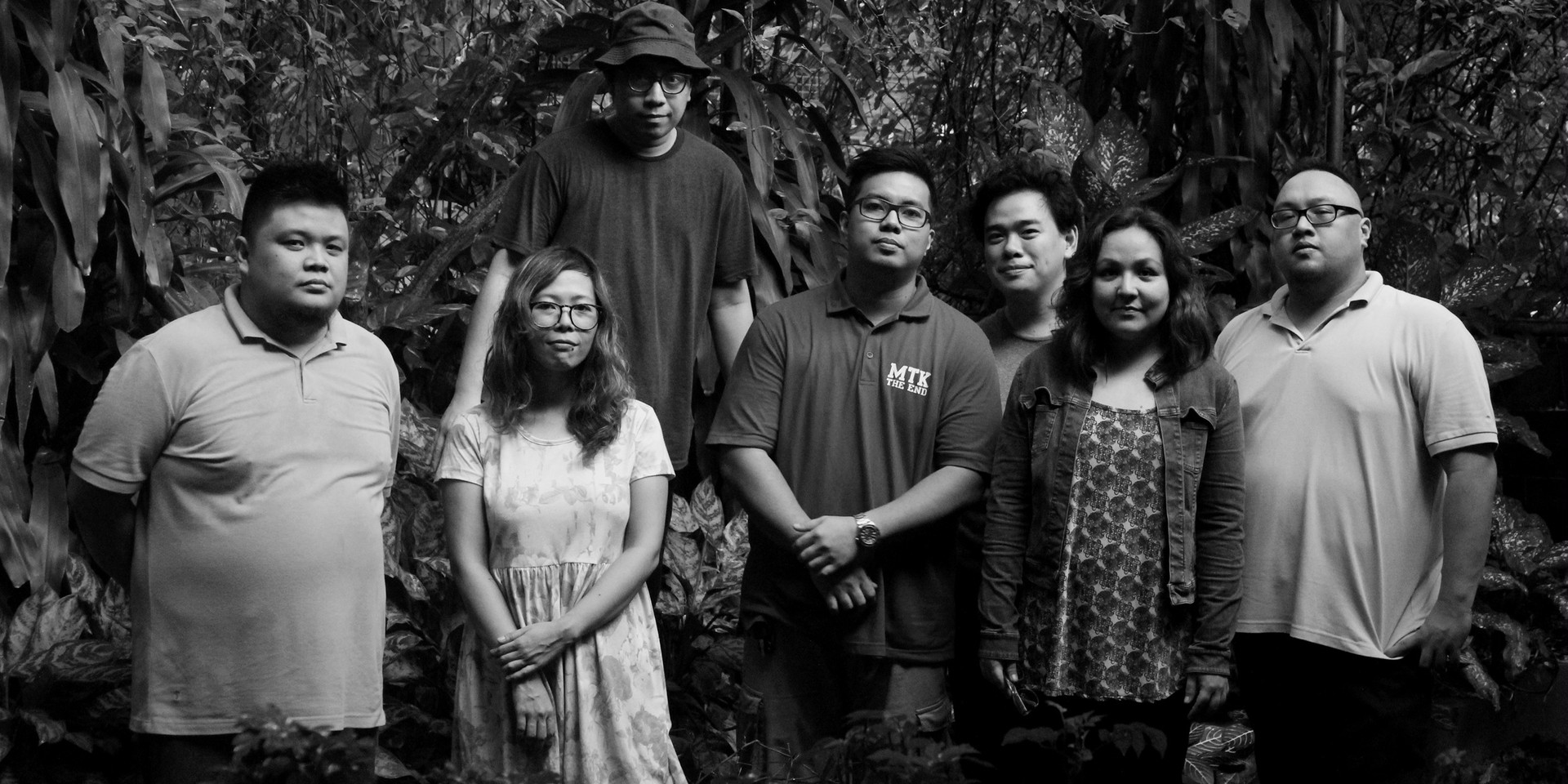 Ang Bandang Shirley gives their fans a sneak peek into the forthcoming album with the first single off the new record, "Umaapaw". The track was given the visual treatment by the band's own Kathy Gener and Shinji Manlangit of The Strangeness. Bassist Enzo Zulueta, the newest recruit, makes his debut on this song.

We speak to video co-director and band manager Kathy Gener about the inspiration behind the video, shooting the entire thing with an iPhone 6 Plus around UPLB and what the new album may sound like. 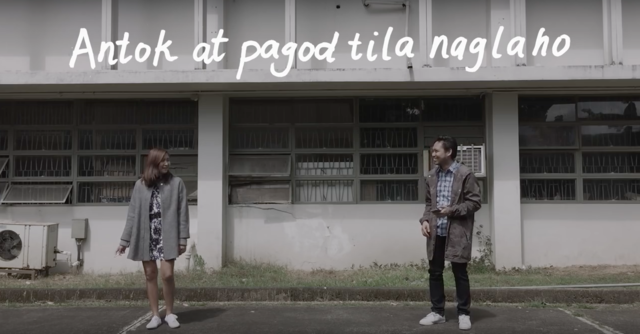 Kathy: When I first heard the demo for the song - most especially when I read the lyrics, I was floored! It was so beautifully written. Since then, I've always envisioned that the music video for it should have the lyrics as the main focal point. I wanted a lyric video ala Step by Vampire Weekend (which I really really loved). I also got really inspired to make the video for the song myself when I saw the movie "Right Now, Wrong Then" by Hong Sang-soo and also the restored version of Mike De Leon's classic movie "Kung Mangarap Ka't Magising" and so when I brought it up with one of my good friends Shinji Manalangit (who just finished directing The Strangeness' video for Easy Boys and Easy Girls and also a Shirley fan) that I needed help in making the video - without hesitation he got onboard and agreed to co-direct it w/ me because he understood what my vision was - we also have the same taste in most things.

As much as we wanted to make a very "kilig"-inducing music video, we didn't want to fall into the tropes of a normal rom-com video (which is why we both loved the film influences for this video) because those films were really simple - they mostly just talked all throughout yet evoked chemistry and romance without resorting to sexual undertones. We wanted to make something sincere and earnest about that feeling that you get when you meet someone new and wanted people (when they see the video and hear the song) to not only sing-along but to connect with the words of the song - thus the big written lyrics written all over the video. 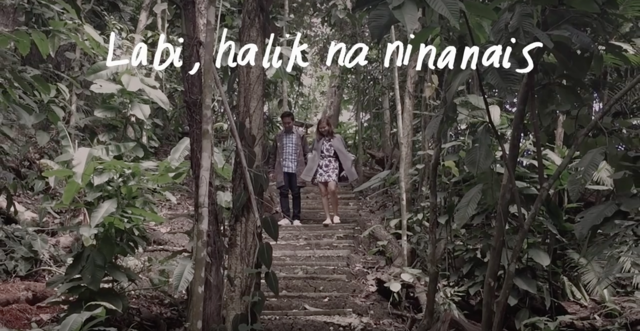 Kathy: Aside from not having a budget for renting legit video production equipment, we wanted to shoot it in UPLB (University of  Philippines Los Banos) guerilla style (to make the interaction of the actors as casual and real as we can) so we needed an inconspicuous equipment setup - we used an iPhone 6 Plus (because we we're shooting outdoors and during the daytime so we knew it will be as reliable as another expensive video camera. We were also fans of the movie Tangerine where they used an iPhone to shoot a whole movie), a clip-on wide angle lens and a tripod with a crew of only 5 people (our 2 actors - Jes Dy and Glenn Tuazon, Shinji and I, along with another friend, Tara Lim who is our co-conspirator with the video). The mobility of our setup made it easier to shoot but what made it really easier was that we were prepared with a storyboard and were very clear with what shots we wanted and had previous pre-production meetings before the actual shoot. 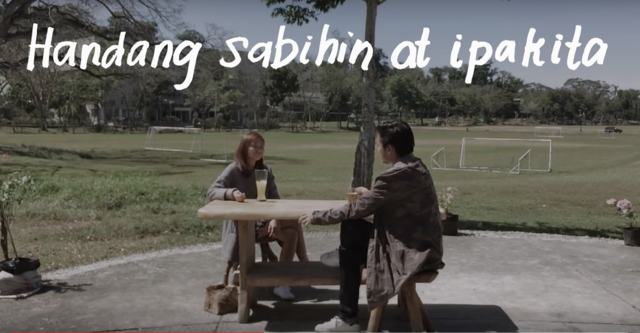 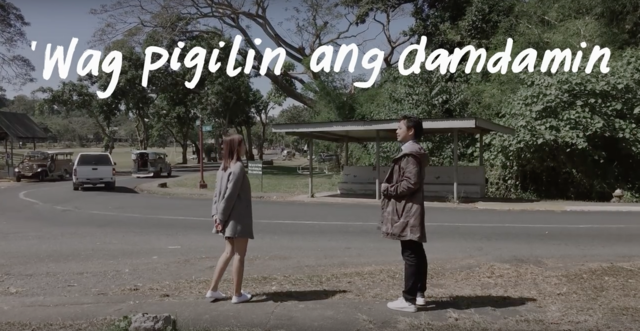 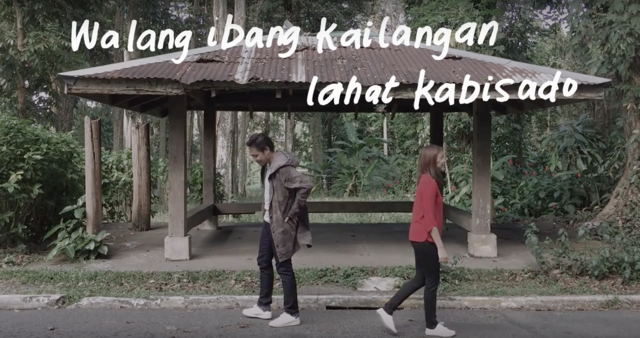 Kathy: "Umaapaw" would be a good barometer for the upcoming album’s direction, especially with Enzo’s contribution on bass. But as with any band that has multiple songwriters, there’s always a distinction between the songs - but they’re all very representative of the Ang Bandang Shirley sound.

Watch the video in full here:

"Umaapaw" is now available on iTunes, Amazon Music and Spotify.