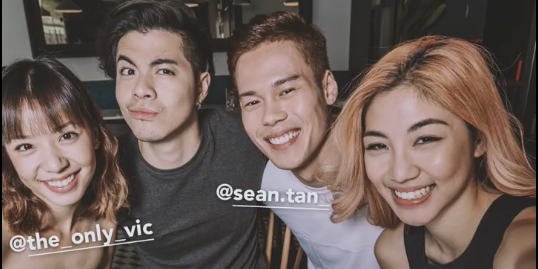 Can a portable printer get you a girlfriend? Well, in the latest HP advertisement video for their brand new HP Sprocket, it sure feels like it!

The love story that centers on Benjamin and Sara (Xenia Tan) begins quickly with a meet-cute moment, but also ends rather swiftly. Not to worry though, there's a happy ending when the couple rekindles the romance by gazing at a wall of photos.

Captured with an iPhone, the trendy ad organically incorporates the use of Instagram story, text conversations and even Facetime calls, making what could have been an ultra-chessy tale feel extremely cute and relatable.

Interestingly enough, the music used for the commercial is an original called 'Live Forever', written by the siblings themselves, known collectively as Ben & Relle.

We’re quite certain this ad will make you go “awww”.