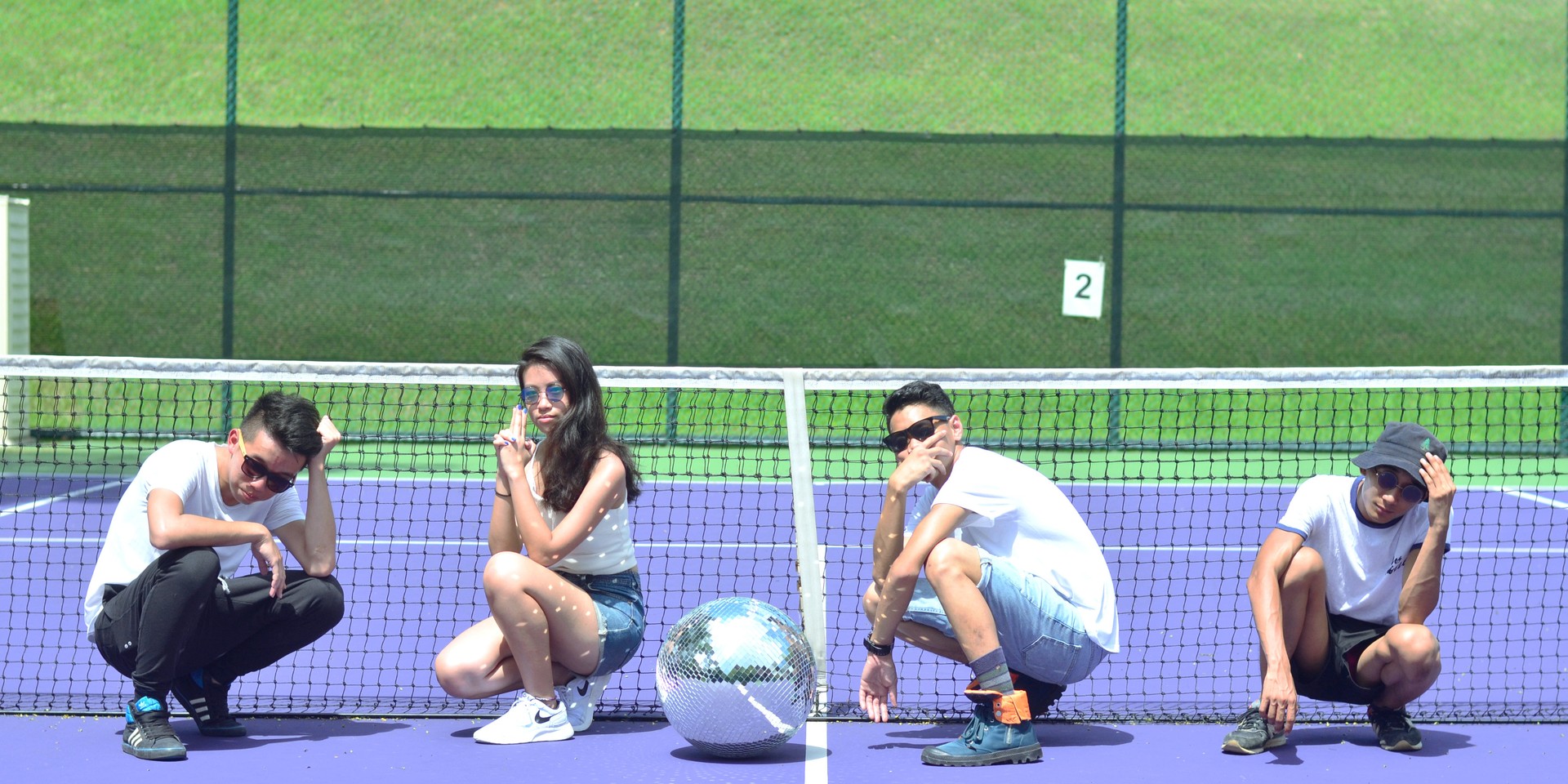 Four-piece synth-pop outfit Disco Hue just dropped a fresh lyric music video for their shimmering new single 'Gotta Find You' today, and its definitely worth a watch. Having previously released a stripped-back, live take on the song last year (to much acclaim) on YouTube, this new version offers up the final polished track alongside some pretty stylish courtside imagery.

Shot and edited by Iyaad Salleh and THIEVVES, the music video sees the band breaking out their trademark groovy bass lines alongside some literal base lines. Taken on its own, 'Gotta Find You' is already as infectious as they come - filled with keening psychedelia, 80s-drenched synth and gorgeous vocals - but this smoky tennis-inspired (the sport, not the band) production volleys our enthusiasm for the track even higher.

This single is Disco Hue's opening serve (last pun, promise) for their much-anticipated self-titled debut EP, set to launch in the coming weeks, so keep a look out for news of that on their Facebook page. In the meantime, you can download 'Gotta Find You' off iTunes today!