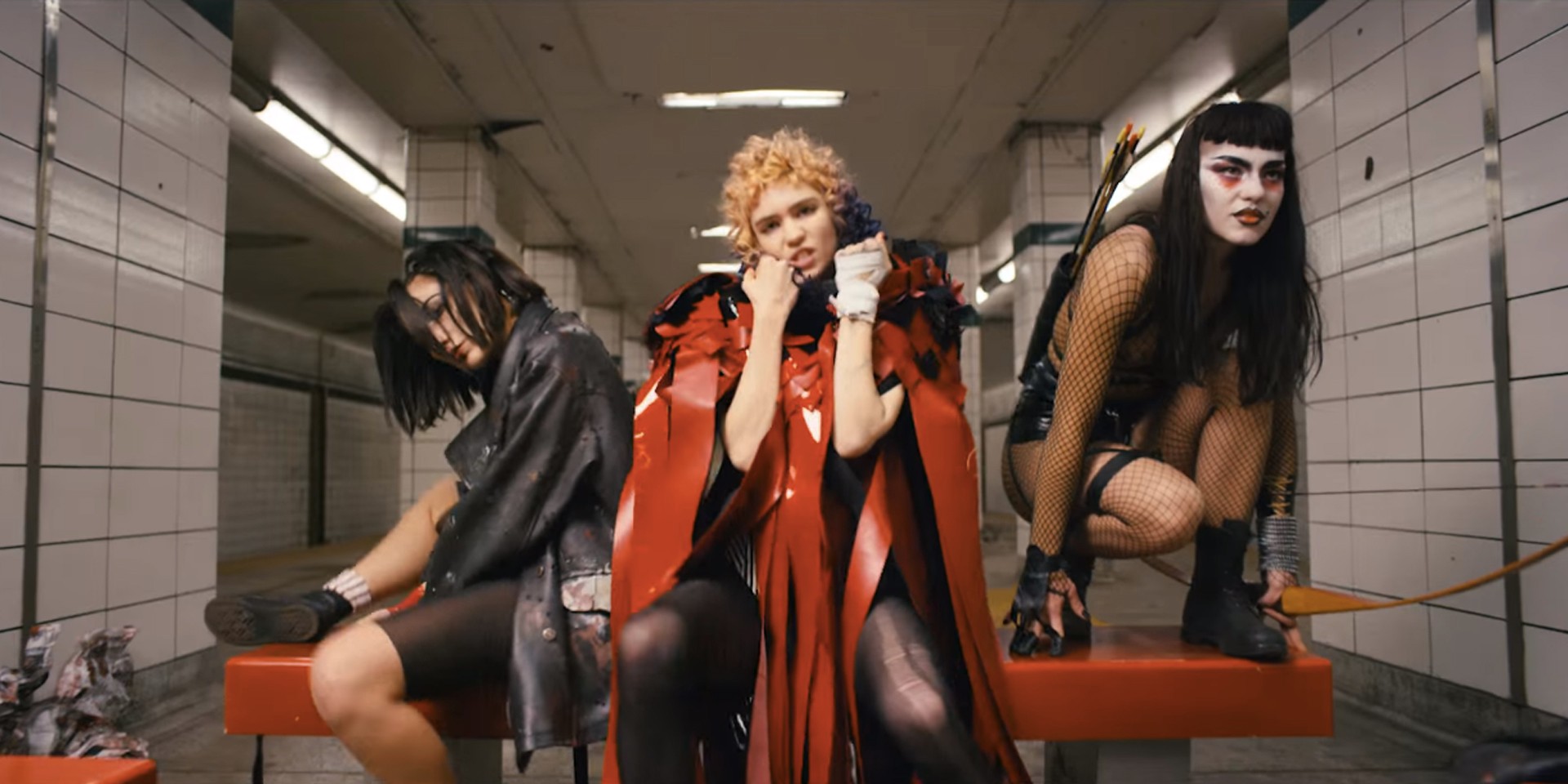 It's as joyously offbeat and twisted as you'd expect from her.

The music video for 'Kill V. Maim' — the latest single from Grimes, whose 2015 pop venture Art Angels was one of the year's most critically-acclaimed — expertly translates the album's fearless kinetic pace and also continues the gleefully grotesque imagery of her previous video 'Flesh Without Blood'.

Watch the full video for 'Kill V. Maim' below.

Grimes is set to perform at Laneway Festival 2016, along with CHVRCHES, Thundercat, Flume, Beach House and more.