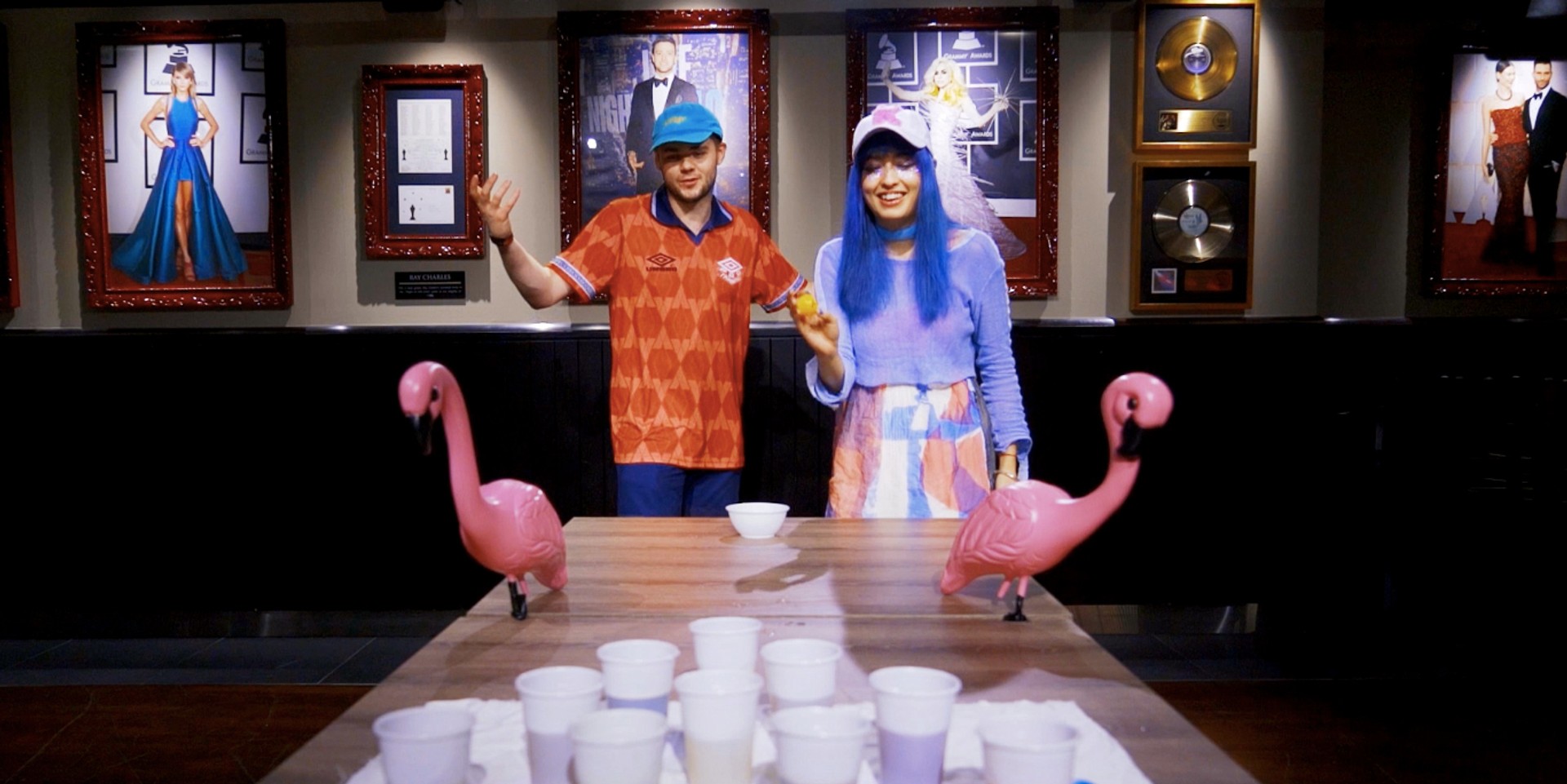 UK band Kero Kero Bonito made one of the most vibrant but vastly underrated albums of 2016, so it was even more surprising when they decided to make a quick trip to our part of the world recently.

The future pop trio, made up of Sarah Midori Perry (vocals), Gus Lobban and Jamie Bulled (both producers), are unabashed popheads, but their style has been catching on as a forward-thinking form of pop music that is all at once instantly addictive and wondrously eclectic.

The band's set at Hard Rock Cafe in Singapore, organized by us in collaboration with the great people at Moonbeats Asia, was incredibly fun, despite the absence of member Jamie Bulled, who was down with an unfortunate bout of stomach flu that night.

While we hope for the band to come back real soon, and they likely will, you can watch the set they performed in full here. Just a fair warning, the resulting audio is fairly rough around the edges — the mixing board just wasn't agreeing with us that night — but we tried our best. ¯\_(ツ)_/¯

Also, while they were here, we tried out a new gaming format with the remaining duo that night, Sarah and Gus. Forming a table holding cups filled with local delicacies, we got them to play a modified version of the quintessential party game beer pong — this time, as Teh Pong.

With an array of beverages and desserts to try, each cup tagged with a question for the duo to answer, they play along and even warm up to Soya Bean milk and Cheng Tng.

Meanwhile, they get down to talk to us about their biggest obstacle as a band so far, their favourite songs off their excellent debut album Bonito Generation, and what they found most surprising about Singapore.