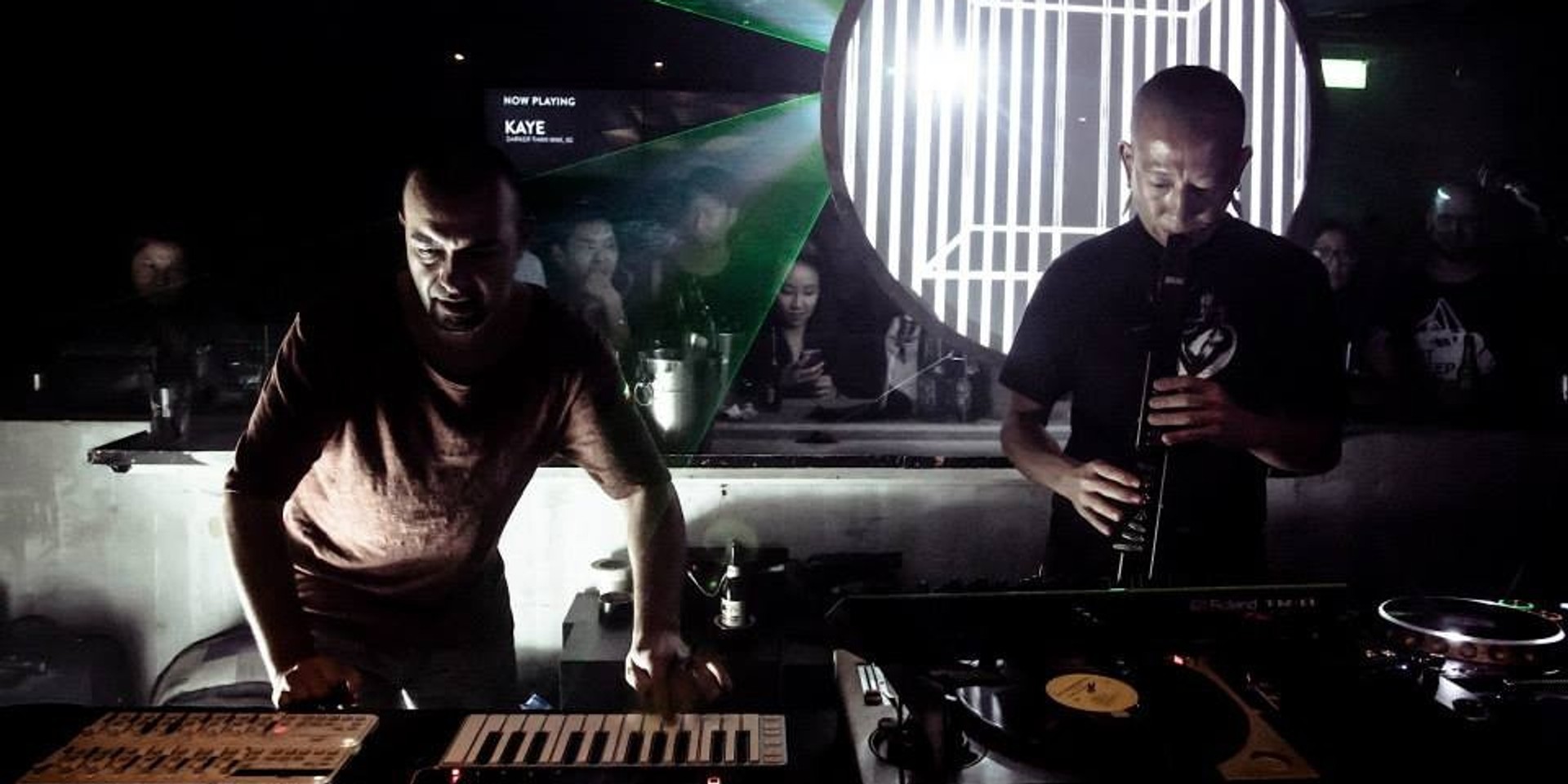 Bulgarian house and techno savant KiNK (real name Strahil Velchev) is no stranger to Singaporean 4/4 haven kyo, having already played a couple of exceptional live shows there under the Midnight Shift banner back in 2013 and 2015.

On both those nights, the consensus #1 best live electronic act on the planet teamed-up with Darker Than Wax co-founder KAYE to stunning effect. Buried under an avalanche of gear, their initial encounter in 2013 led a club jam for ages. In fact, that 2013 outstanding gig grew to be so legendary that kyo brought the two back together in 2015 for a reprise performance due to popular demand.

By then, the duo had already been cheekily christened KiNKAYE by their fans. Their subsequent showcase lasted a whole 3-hours and proved to be just as memorable and funky as their first showing.

Watch an hour-long recording of KiNK & KAYE performing live at kyo on 3 January 2015.

The pair have undeniable electronic chemistry when performing together, which is why kyo have once again lined up a third meeting between KiNK and KAYE set for this Friday, where we expect just as much fireworks! Considering their last pair of performances together, expectations are absurdly high, but we have no doubt that they'll deliver.

And just in case you can't get enough of KiNK, he'll be performing again under his techno DJ moniker Cyrillic.