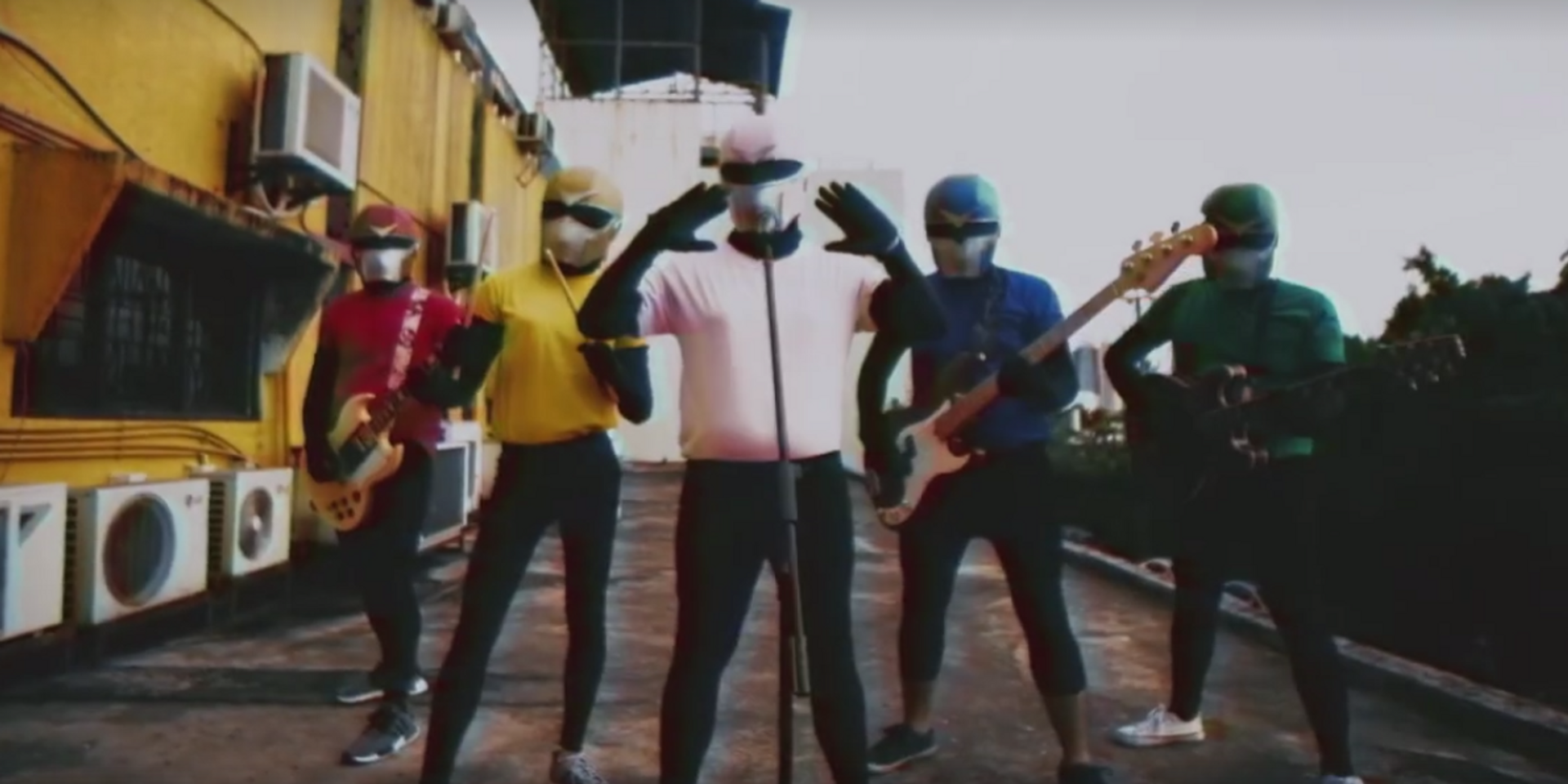 In 'Absent Mind', the Nanay Mo members transform into the Nanay Rangers — five super sentai who harness the power of "rakenrol" to defeat the forces of corporate banality — after Business Monsters attack them in the street. Fans of the cult hit Blue Bustamante might recognize the masks donned by the Nanay Rangers as the same ones used in the film. Both are testaments to the tireless appeal of nostalgia to the current generation.

The music video is a study in craft from start to finish; the choreography on-point at every frame, visual effects and color grading that look straight out of circa 1980 tokusatsu, and a final battle scene that would do Toei proud. Everything is made with a degree of precision only true nerds are capable of.

When asked about what drove them to go with this concept, the band said it was the most feasible one among the ideas they've developed at the moment. "We have a ton of wacky ideas for music videos. It gives us an excuse to work really hard on fun and weird concepts — which wouldn’t work the same way if it were a short film or an advertisement."

Trust Nanay Mo to always deliver next level badassery. Their last music video, 'Take a Bird and Off Your Mind', is a potent head trip in the form of an uncanny homage to Nirvana's Nevermind album cover and gratuitous mpreg.

Having noticed a seeming trend in gender-bent oddities in their videos, I asked them what the affinity was all about, to which the band denied any deliberate purpose.

"It just made sense for us that the pink and yellow rangers were ladies, just like all the other sentai concepts. But when we saw Nash and Jong  put on the bras, we just knew we had to keep it in the video," says the band. "As for the Take a Bird music video... that was just the result of a drunken conversation that started with the premise: 'Paano kung buntis si Magno, tapos isa sa amin yung totoong tatay? (What if Magno got pregnant and one of us was the father?)'"

We're excited to see what twisted hilarity they'll come up with next.