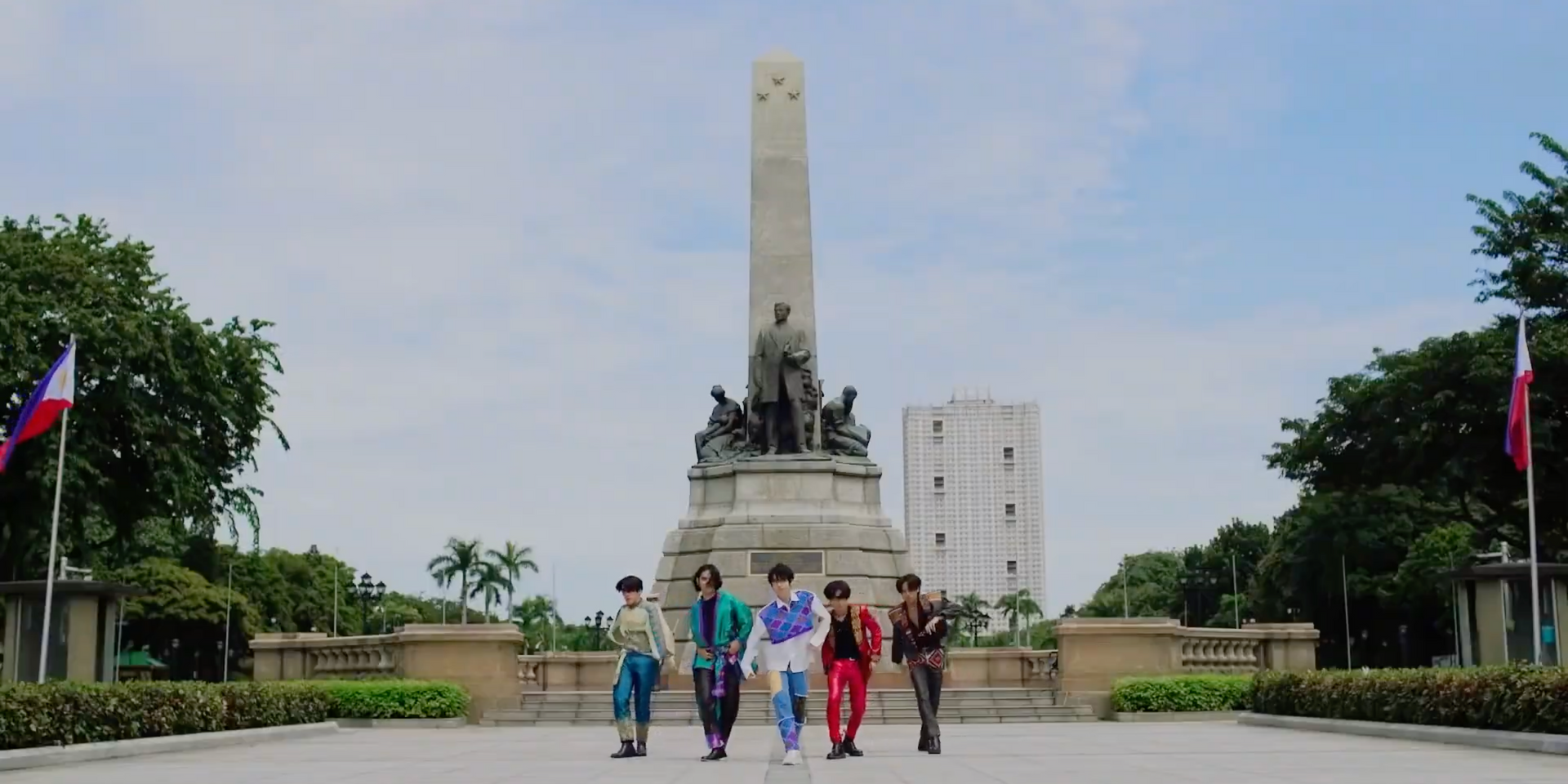 Decked in traditional Filipino fabric made into modern ensembles, SB19 took over a couple of Manila landmarks for today's PhilKor Festival performance.

Fresh off their 2nd anniversary, the P-pop hitmakers were one of the performers for this year's Philippines-Korea Cultural Exchange Festival, a month-long celebration of Filipino-Korean relations. Performing 'Alab' and 'Go Up,' the pop stars gave it their all, showcasing Filipino talent alongside the National Museum of Natural History and Rizal Park (Luneta Park).

Missed our performance at the #PhilKorFest2020?

We got you covered!

Balik Batik, who worked with the group on their outfits for the day, shared how thankful they were to be able to work with SB19. The brand also revealed how the final output was a product of their collaboration with the quintet's "ideas and vision".

Grateful for the opportunity to work with @SB19Official! We worked hard to create these custom pieces, at sana magustuhan niyo ang hardwork namin! We worked with their ideas, their vision, and made it happen for them. PROUDLY FILIPINO. SUPPORT LOCAL! pic.twitter.com/OxRLODS6LS

A'TINs (SB19 fans) all over the world tuned in to the performance and shared their live reactions on Twitter. Check out some of them here:

PERFORMING AT LUNETA PARK AND WEARING BATIK-BATIK. THEY ARE PROUDLY REPRESENTING PHILIPPINES! I'M CRYING T_T SB19 NEVER FAILS TO AMAZE US. YOU ARE WORTH STANNING FOR!

SB19 shared how the performance came to be with a behind-the-scenes vlog on their YouTube channel. Check it out here:

SB19 are set to hold their first online concert on November 21 via Global Live. Tickets priced at 14 AUD (approx. 486 PHP), exclusive of ticketing fees and GST, are now on sale. Get tickets here.