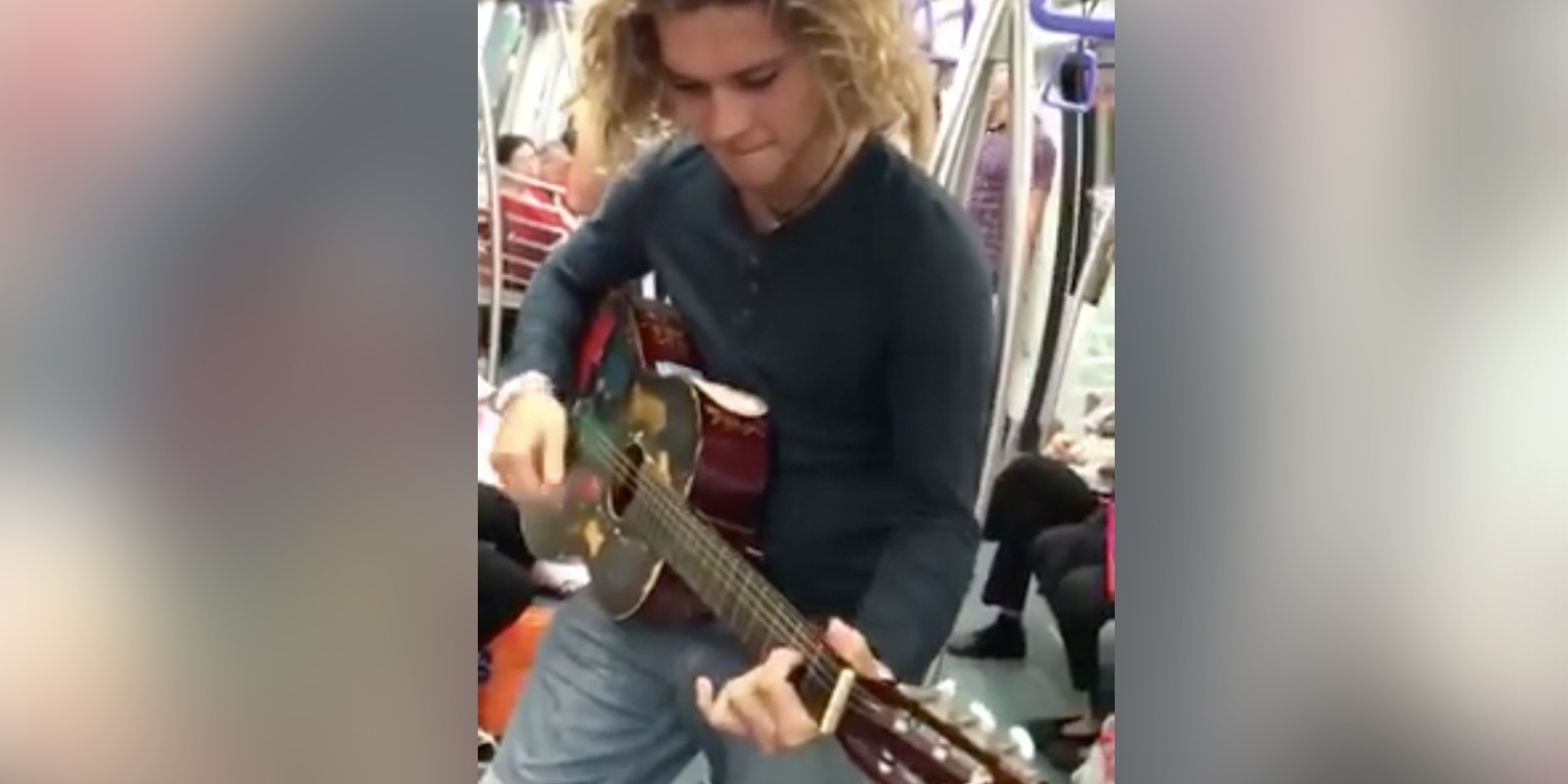 It's certainly something you don't see every day, with a song you've heard every day — if you grew up as an angsty, FIFA-loving teenager in the 90s, that is.

A Spanish tourist was filmed on video borrowing a local man's guitar to perform a cover of the oft-covered hit 'Wonderwall' by Oasis on an MRT ride.

Singaporean humour site SGAG posted the video on Facebook. The guitar owner and his friend join in for a sing-along, while two other commuters are seen vibing along and mouthing some of the lyrics.

Yeah, sure, everyone's sick of 'Wonderwall' at this point (we definitely are), but the video is merely a light and harmless distraction from the heaviness of the week thus far, and we welcome it. Let's just steer clear of the negativ-

You can watch the clip here:

UPDATE: SGAG appears to have taken the video down. Here's an alternative source, this time from YouTube.