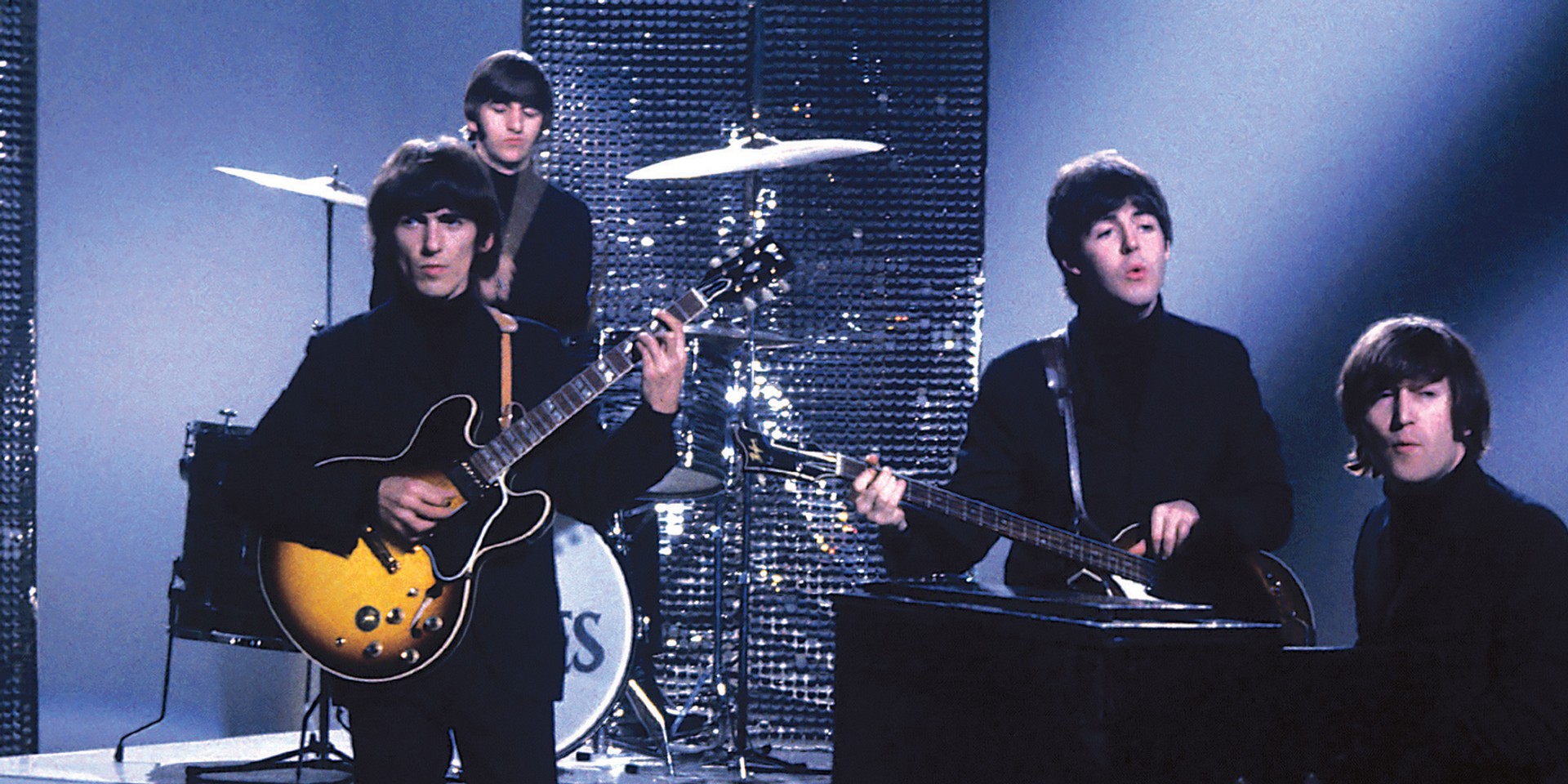 The Beatles are the stuff of legend: four working class English boys who aspired to start a rock n roll band, have since become music's eminent rock band.

The carefree Liverpool boys in Please Please Me found themselves evolving creatively in an unprecedented speed — they touched on the psychedelic movement of the mid-60s, culminating in the game-changing album Sgt. Peppers Lonely Hearts Club Band. They continued to experiment within the pop song-form with a double album, a soundtrack, a music suite — approaches that generations of artists continue to draw inspiration from.

Obviously, they're not just the musicians' favourite band — it's safe to say everyone knows at least one Beatles song. And with every generation breeds a new fan base of Beatles fanatics.

...along with people who ask about that guy with the guitar in that Rihanna & Kanye West video.

So it's good that on the group's end, with surviving members Paul McCartney and Ringo Starr, the legacy of the Beatles is carefully restored every now and then. Beginning with the band's catalogue released on CD in the late-80s, The Beatles have since been moving along with the music industry, with digital remasters available on iTunes and — drawing full circle — available once again on crisp vinyl.

The spirit of the Beatles has moved beyond just their albums. A few years back, iconic circus troupe Cirque du Soleil performed a string of shows titled LOVE — a retrospective tribute to the Fab Four, accompanied by an equally-comprehensive album that found their classic songs remixed into one seamless piece. The team behind this 26-track album was George Martin and his son Giles, who devised the album as "...a new experience, a way of re-living the whole Beatles musical lifespan in a very condensed period."

Famously known as "the fifth Beatle", due to his extensive work with the group since their first album, George Martin has also been responsible for the band's foray into new technology since the CD reissues. With Giles Martin by his side, himself an accomplished record producer and engineer, their latest project involves another important part of the Beatles' work: the videos.

Presenting The Beatles 1+, it compiles the best recorded footage of the group, from their nascent days as a bright-eyed quartet, to the long-haired artistic visionaries they've been immortalized in their later years as a group. The deluxe video release is released alongside The Beatles 1, the legendary Beatles compilation originally issued in 2000. It stands as one of the best selling albums ever made and continues to be an essential guide for beginners to delve into the band's work. The Beatles 1+ has the precious bonus of never-before-seen alternate takes.

"It's something that's almost challenging," admits Martin, on the phone with Bandwagon from Abbey Road Studios. "I always question the motives behind doing it and making sure we're doing it for the right reasons. And then the challenge is doing something that the fans would like." This new version of The Beatles 1 trails behind a plethora of reissues within the past few years, and it's only time that it gets exposed again to a new generation of listeners — just like how it did in 2000. 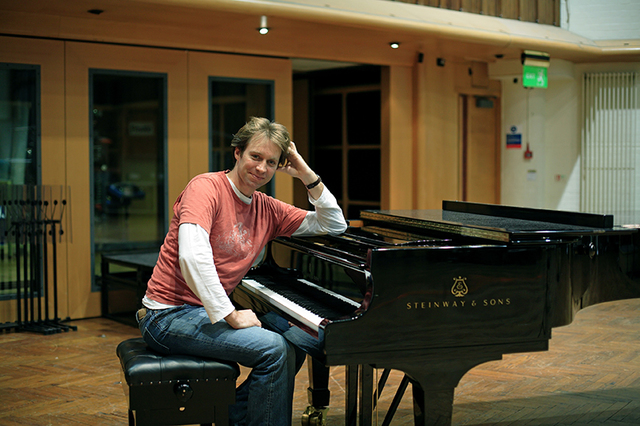 Pictured: Giles Martin, who also works with Paul McCartney on his solo works, including his 2013 album New.

The full Beatles 1 experience is enhanced with footage that was transferred and restored meticulously, presented in glorious high-definition on Bluray. According to the initial press release, "an 18-person team of film and video technicians and restoration artists was assembled by Apple Corps to undertake painstaking frame-by-frame cleaning, color-grading, digital enhancement and new edits that took months of dedicated, ’round-the-clock work to accomplish."

"The Beatles deserve the visuals and the sound to be as fresh as it is today," adds Martin. "some of these videos were made 50 years ago. We still wanted them to look like they belong in a museum but we restored them to high contemporary standards, in the way they look and sound." 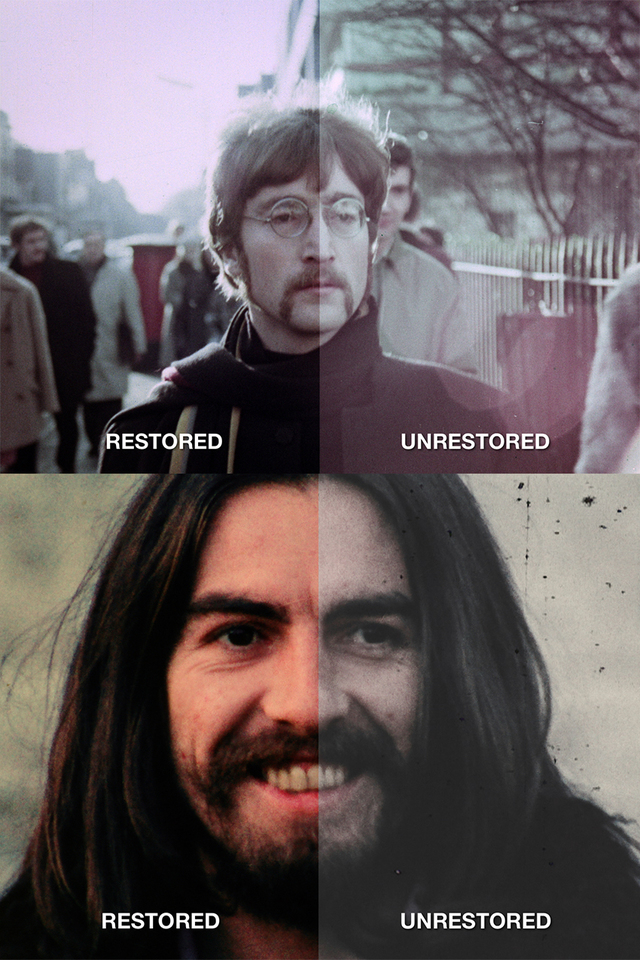 Just look at that.

How so? For earlier songs like 'Ticket to Ride' and 'Day Tripper', he wanted to faithfully recreate the experience of witnessing the band in their prime, recording in the legendary Studio Two in Abbey Road Studios. "We carefully removed the dated reverb that comes with the original tapes and we remixed the sound to make it seem like you're watching them in Studio Two through speakers, and the surround would be the aural reflection of the walls in the studio."

Fans can look forward to listen to brand new stereo and surround sound mixes of the songs, offering a brand new way to experience the band's singles in the best way 2015 can offer. The mixes were carefully supervised by Martin. "My main job has always been to make sure that the music and mixes sound as good as they always have done," explains Martin. "to make the right decisions on how we would approach each mix, making sure we would not do anything that would upset Paul, Ringo or the fans. It takes a long time to do that."

Even as he's overlooked most of the newer Beatles reissues and releases, including video game The Beatles: Rock Band, it constantly remains a fresh challenge tackling their work every year. "It doesn't make me nervous, but it makes me think hard. If you're nervous, you don't necessarily do the best job. I'm not allowed to be nervous."

But as much of a demanding process it can be — which includes presenting various versions of the product to McCartney and Starr, along with Yoko Ono and Olivia Harrison (all of whom he refers to as his "bosses") — he never takes it for granted and always finds something new to enjoy with every release, especially with the video for The White Album track 'We Can Work It Out'.

"You have to understand with all these videos, the band didn't expect to see them, unlike now where you can do instant playback," explains Martin. "so The Beatles would shoot some of these videos and not see them for ages. I love the throwaway element in this video because they weren't so occupied with how they would appear. They weren't so concerned about their image."

Very few bands can claim to an everlasting appeal that The Beatles cultivated in less than a decade. Martin hopes with these reissues, it'll continue in the next few decades. "[This compilation is] a new way of experiencing them all over again, in a way you've never seen before," says Martin. "that in itself gives the music, another boost in its presence. I'd like for their music to go on as long as it can and I think this helps it."

The Beatles 1 and The Beatles 1+ are now available in stores. Special thanks to Universal Music Singapore for setting up the interview with Giles Martin.