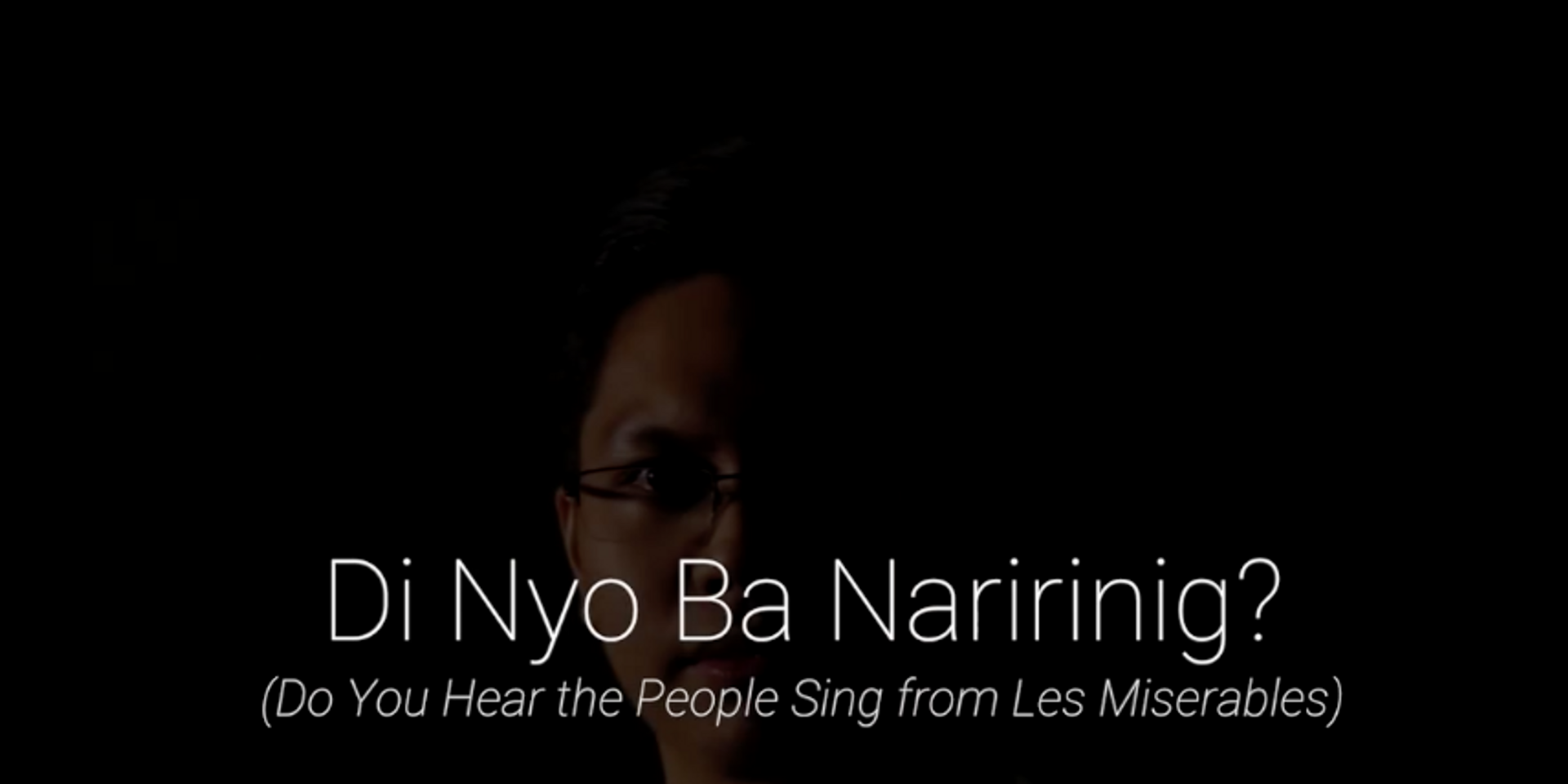 September 21 is the day Filipinos remember as the declaration of Martial Law, the start of a bloody reign which ended via a peaceful demonstration in 1986 also known as the EDSA Revolution. Fast forward to 45 years after the declaration, the current Philippine President has declared today as a National Day of Protest, allowing groups to gather and fight for their rights, beliefs, and causes.

In response to this, Filipinos are using art and music to let their voices be heard and stand in solidarity with the rest of the country in shouting "Never Again" to tyranny and government-sanctioned atrocities.

Last night, a Filipino version of Les Misérables's  'Do You Hear The People Sing?' surfaced on social media and spread across different platforms, prompting thousands to embrace it as their marching anthem.

Translated by Award-winning composer Vincent A. De Jesus with additional lyrics by Palanca Awardee Rody Vera and actor Joel Saracho, 'Di N'yo Ba Naririnig?' is a chilling rendition of the Les Mis classic, that reflects the Filipinos' plight for true change — one that is not hampered by empty promises, brutality, and blind fanaticism. As the original song from the Schönberg-Boublil musical served as a battle cry for French revolutionaries to encourage their countrymen to stand up to a cruel monarchy in Victor Hugo's re-imagining of the 1832 June Rebellion, 'Di N'yo Ba Naririnig' aims to ignite the hearts of the Filipino people to stand strong against corruption and never tire of defending our democracy.

Watch it as performed by Eunikkoh Castillo here:

Watch the Les Misérables cast with 'Do You Hear The People Sing?':