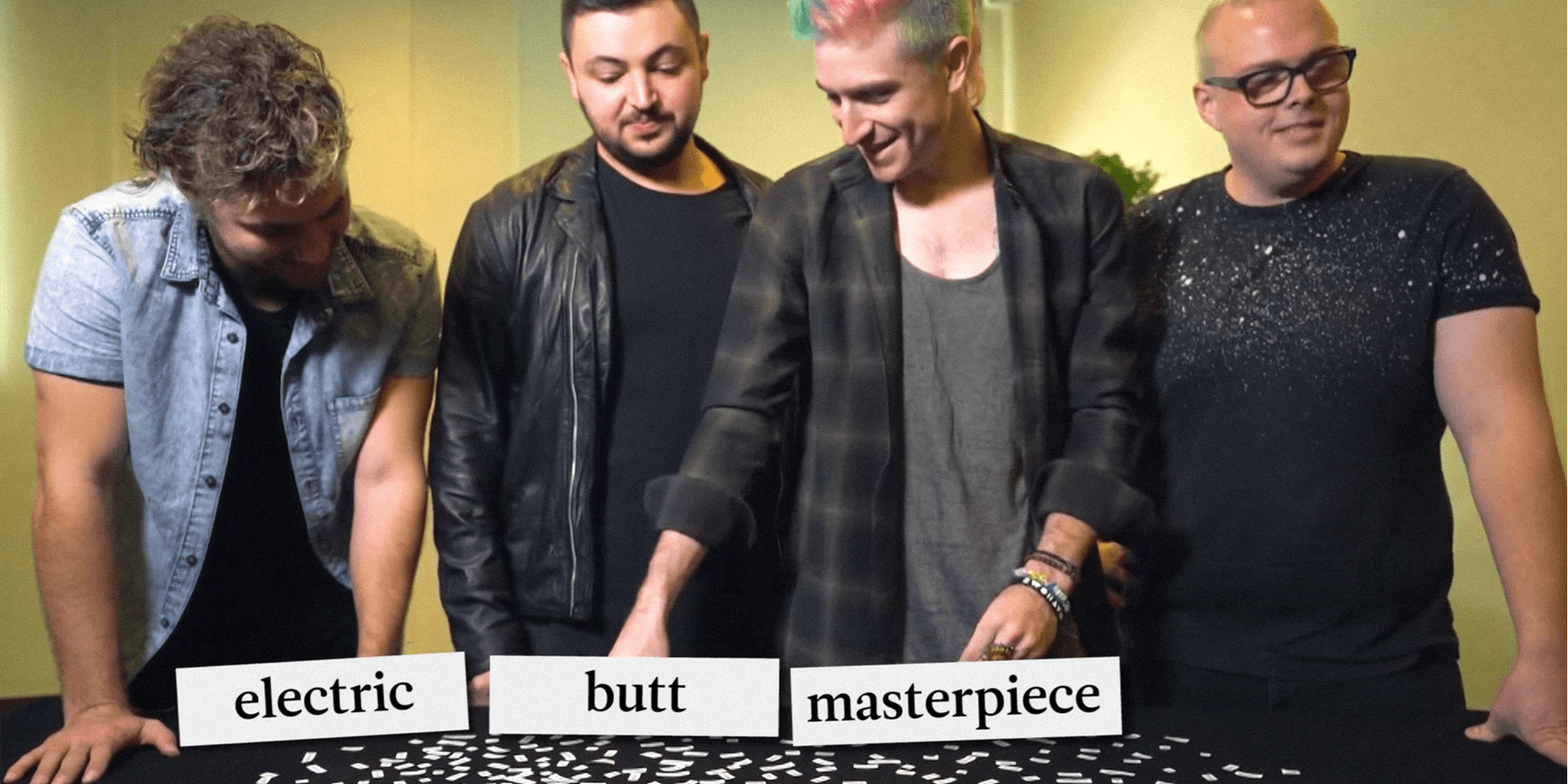 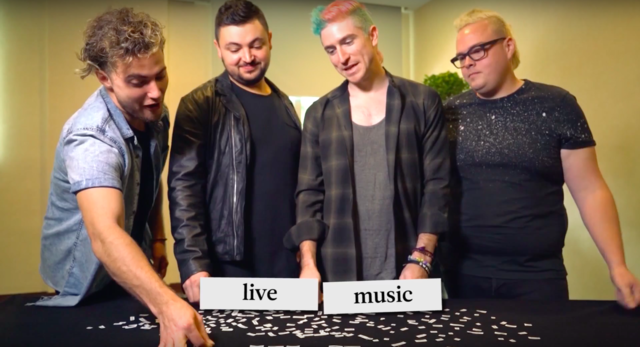 All it seems to take is for one explosive single to propel a band into the highest throngs of fame. Following the release of their first single, ‘Anna Sun’, Walk The Moon have made long, deep indents in the power pop genre.

But distancing themselves from the tag of being a one-hit wonder, the Cincinnati band have outdone themselves with the release of their sophomore album ’Talking is Hard’, promising fans with explosive dance-y anthems while tackling unspoken issues of their distressing worries and anxieties.

Despite the album’s release which comes late in 2014, it was an ardent wait for the Singaporean fans who were rewarded with a show in January this year to start the new cycle on the right footing. Before the show at Fort Canning, we met up with the boys for a quick interview. But keeping in line with the album title Talking is Hard, we got the band to answer our questions without any verbal expressions, but a set of flashcards. They are rather simple questions but hilarity ensues.

But instead of the usual set of lexical set we used in our previous flash card interviews, we included a few R-rated term and phrases, so expect expressions like "electric butt masterpiece" and "surreal rhythm slave" to describe themselves. 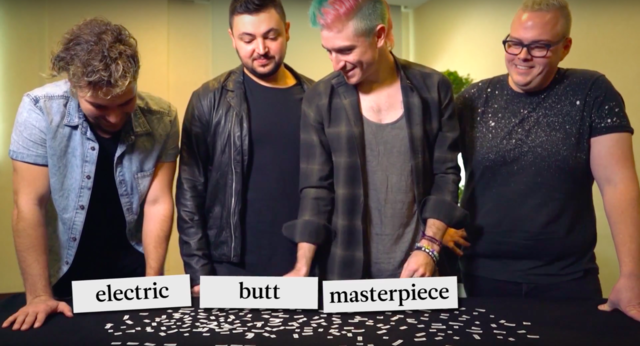 Here’s our interview with American sweethearts WALK THE MOON.

Special thanks to Sony Music Singapore for setting up the interview. Walk the Moon’s Different Colours is available for purchase.