So I was on the midnight train back home from the show when I was reminded of a little anecdote that she shared with us just hours earlier about an experience she had on a train in New York. How she ended up huddling against a fellow passenger, both wrapped up in a similar cocoon of a winter coat of their own, in a train packed with people probably not too unlike our own North-South Line at rush hour (except probably without the breaking down bit). And as the crowd slowly thinned and the train had room to breathe, she still remained huddled with the female passenger, sharing, hopefully reciprocally, a human moment.

Let me backtrack here a bit.

I heard some of Ingrid Michaelson’s music years ago, and while I remembered it being pleasant, it didn’t exactly stick. I just reckoned it was the type of stuff that girls in their early 20s who might’ve had a heartbreak or two would dig. Lo and behold, couples abound everywhere at the entrance to the concert hall. Ok, I’m getting the general idea. 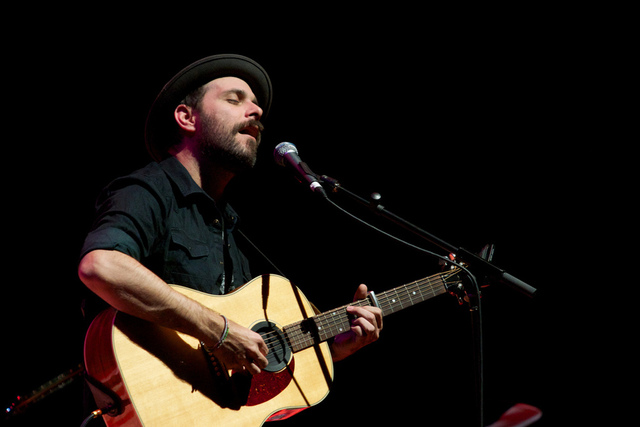 For the lovey-dovey vibe the evening was having, the show started off admittedly on a rather melancholic note with opening act Greg Laswell, Ingrid’s own hubby, and a stripped down set of his solo work. All the cosmetics in the studio originals were removed and laid out raw as he delivered each tune with unrelenting earnestness. From a bare-boned rendition of ‘How the Day Sounds’ to a poignantly somber cover of Cyndi Lauper’s ‘Girls Just Wanna Have Fun’, it was getting rather grim. But this was no wrist-slitting affair, mind you; even through his saddest tunes it never once felt miserable. “Why is that?” the attentive and hopefully engaged reader asks. Well, I have to say this: He’s one funny fella. His disarming sense of humour always kept things light, but in no way did it make his songs feel any less real.

There must be something in the hot dogs in New York, as a similar brand of oddball wit was shared by the main act herself. Taking the stage as a trio, with her trusty ukulele alongside two backing vocals and guitars, Ingrid Michaelson graced us with no shortage of laughs and amusement. She shared the often hilarious and sometimes poignant stories behind her songs, played old TV show themes (albeit largely lost in translation to a Southeast Asian crowd); even composed a random song about being in Singapore (kudos to the person in the crowd for nailing the co-writing credit!), and simply entertained us with the things that goes on in her brilliant mind. But when she’s not goofing around, she delivered the goods, and with much aplomb.

Opening her set with an uplifting ‘This is War’ and followed by ‘Parachutes’ was a one-two combo with a lot of oomph; its arrangement for a 3-piece acoustic ensemble showcased the golden cords of backing vocalists Allie Moss and Bess Rogers, blending together like butter all over your insides without the high blood pressure. The set was tight, lively and, true to what Greg sang earlier, always fun. Spirits were up and rising as the applause got louder after each song and the crowd became more vocal with their affections, and that was when she decided to change the pace as her two musical companions, affectionately referred to as her ‘wives’, left the stage to Ingrid and her own devices. 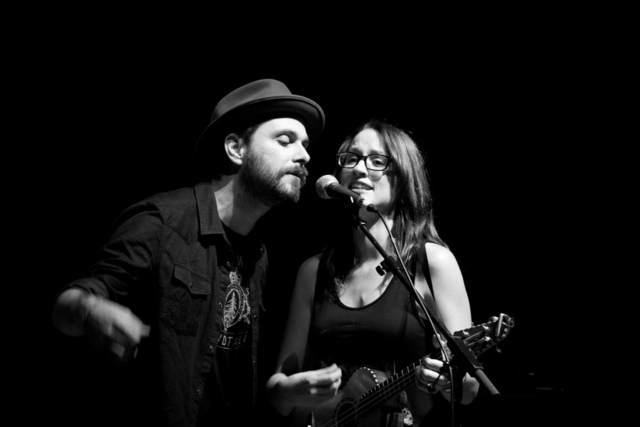 The euphoric high was taken down a notch with a profound delivery of ‘Ghost’. It’s always a pleasantry to hear an act that can surpass their studio work live, and this she does with effortless poise. She followed this with a crowd-pleasing cover of Mr. Presley’s ‘Can’t Help Falling In Love’, where everybody sang along. Having had the entire hall wrapped around her finger by now, like a veteran raconteur she amped up the romance in the air by bringing out her husband to sing a song they wrote together, ‘You See The Light In Me’.  Her ‘wives’ ended their long absence as they returned to the stage to end the set with her more popular tunes such as ‘Maybe’, finishing up the encore with the ever-so-popular ‘Be OK’ and of course, the song that started it all for her, ‘The Way I Am’.

So here I am, back on the train, going through the entire experience in my head. Going back to Ingrid’s anecdote on the train ride, I wondered about how many times I have wanted to share a human moment with a perfect stranger. Heck, I may be feeling all warm and fuzzy inside now, but I know I’ll be back to my people-hating ways on the morning commute. Alas, I digress. 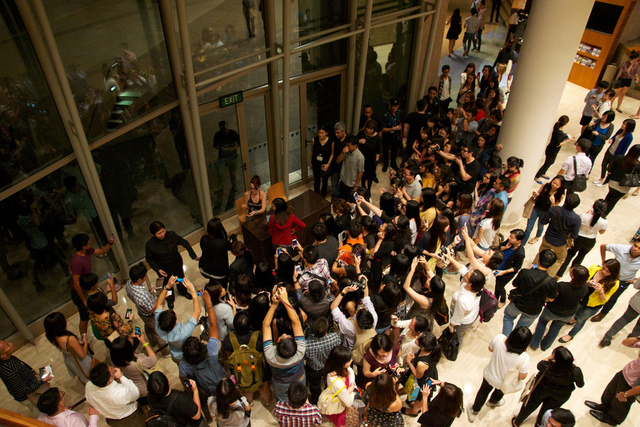 What I did take away from her anecdote, though, was an observation. That as she finished telling that story and hit the first notes to ‘Blood Brothers’, girlfriends held their boyfriends tighter, and a solitary fellow bravely clapped along to the song alone. Maybe something thawed during the 2-hour long set. Maybe her New York charm and her lovely music brought a warmth that was sorely missing in our daily grind. Maybe we got to see what Ingrid meant by being human again.

Check out Ingrid Michaelson’s new record Human Again at a record store near you.