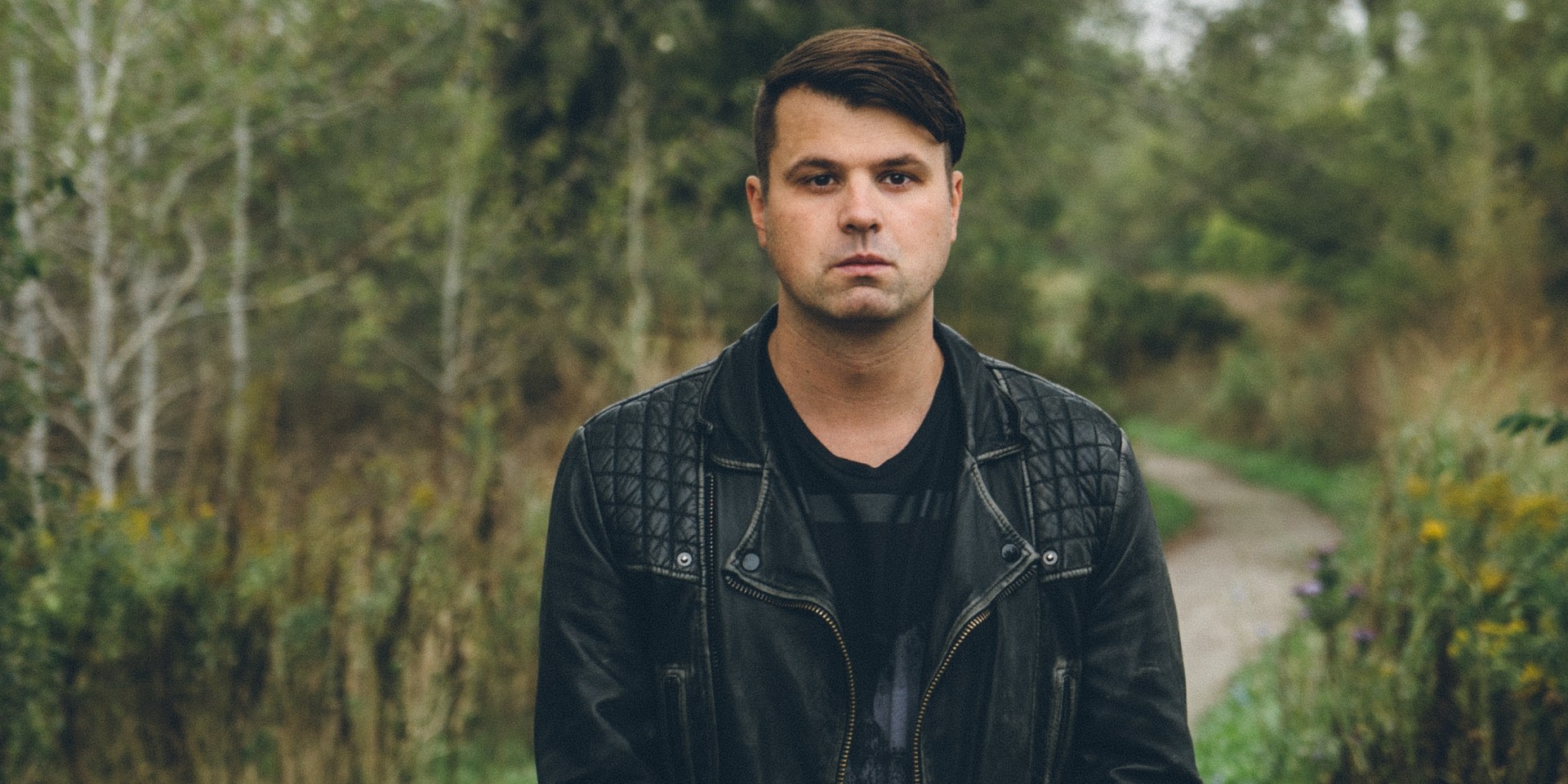 Emo isn’t what it used to be. Its heyday as an insurgent music-driven youth movement is long past, but in a weird, chemical way, it’s come back. Not just in its hip-hop incarnation but in the songs made by its best bands. Over the last two years, emo has popped a wheelie on the zeitgeist and resurfaced in pop cultural consciousness in cultishly beloved fashion. We are living in a time of its second wind – and bands and DJs know what's up.

Shane Told, frontman of Silverstein, one of post-hardcore’s most accomplished torchbearers, graced a recent EMONIGHTSG shindig and Bandwagon got the chance to speak to him in great depth about his band’s place in the larger scheme of emo, punk and all their sub-genres as well as what the future holds for these intense and emotionally vivid sounds.

Read the interview below.

How do feel about your recent solo showcase at Emo Night?

It was great. The circumstances of me being here this time are very different anything I've ever done before. A friend of mine, who lives here, helped me work this out. He’s also getting married soon so I'll be playing at his wedding. It was a lot of fun.

And what are your thoughts about Emo Night being a global phenomenon?

It's cool how much music this event has brought back. It's really expanded the movement for bands, including mine. People wonder what this music is all about: It isn't just music that was huge back then, some of the stuff that is getting shared is by some of the smaller bands which people don't know. One of my favourite bands from that era is Dead Poetic. It put out an incredible record and sort of disappeared.

When they first started doing emo night, I'll admit I rolled my eyes a little bit. Because the term “emo” to me, at my age, isn't the music I was playing. The “emo” that I thought of was the older bands such as The Promise Ring and American Football. Now that the term 'emo night' has become a blanket term for that whole period of time in punk music. It's cool that it has championed music and had afforded me an opportunity to come here by myself.

Would you be annoyed if your band is described as "emo" in 2019?

Honestly, our music is so diverse. Our influences come from a range of genres, from everything like actual emo bands to metal bands. It's hard to categorise, so if someone wants to call it emo or screamo or rock or post-hardcore, I'll take it. People want to categorise things and they need to because music is the same as everything else. It's natural for human beings to compare things so it doesn't bother me.

When blending so many different sounds across your nine albums, were you ever apprehensive about what the purists were thinking?

Yes. But that was never our goal. We were never trying to be a cool punk or hardcore band. This was what I grew up on and I know all that stuff because I really cared about it. When I was a kid, the bands which got me into music were Metallica and Nine Inch Nails, which were mainstream bands, and then I started looking into underground bands such as.

After playing in a punk band for years, I realised, that, even to some people, that wasn't cool. There's always going to be someone more purist or cooler or someone who knows about some band you've never heard of, which is cooler than you. The element of what is cool is up for interpretation.

Why do you think this only affects more obscure sub-genres of music?

It's because we think we're better. We think that our musical tastes are superior to people who like mainstream. When I was 14 years old and I started getting into all these underground punk bands, I started thinking why it wasn't played on mainstream radio. It wasn't for a while that I realised that half these bands can't sing. (laughs) Their music might be more interesting and they might be saying more interesting things but mainstream can't necessarily swallow that. We really care when our favourite bands start going downhill or start to turn into the bands which go on the radio. 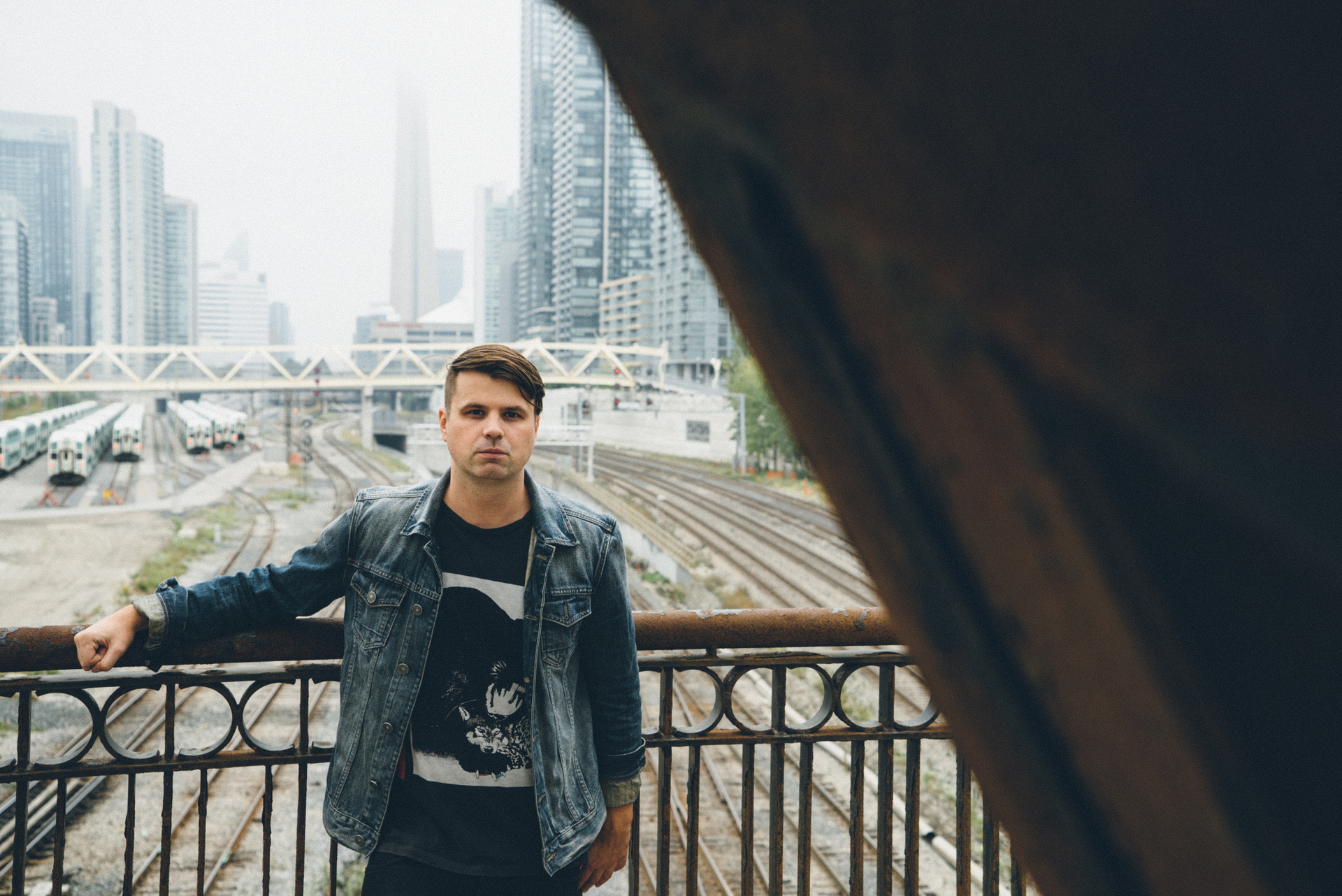 With only one exception, Silverstein’s lineup has stay constant for 19 years. What keeps you playing together after so long?

Part of it goes back to our conversation about making music and doing what we want to do. We never painted ourselves in a corner to be a certain type of band. Over the years, we were able to change up our style and do stuff musically that were fun and we could all get behind.

We also never took ourselves too seriously. We realised early on that we're going to make mistakes along the way. If you take everything so seriously then it's going to wear you down and you won't have fun anymore. It might also alienate members of the band to the point where they don't want to do it anymore.

We respect each other. We’re not going to out somebody down just because they can't play some amazing part. It's never been about that. It's not what punk rock is about. It's about us a band coming together and forming one entity and doing our band the best way we can. The music that we put out will become part of our history/ legacy and that's what we recognised, too.

It's a funny story. We were never a band which did covers. We were first given the opportunity when Lifetime was planning a comeback and it wanted us to contribute on its tribute album. That didn’t pan out but we still decided to include it on our second album Discovering The Waterfront.

After that, we were open to the idea of doing covers so we agreed to contribute to Punk Goes Pop when Fearless approached us. That’s when we decided to cover ‘Apologise’, which was a song that we heard almost everywhere at that time. We’d also thought it’d be quite funny. That song became huge for us. A lot of people found out about our band because of it.

Two years later, Fearless asked us to contribute for Punk Goes Pop again and they actually gave us a list of approved songs. The first time round, we didn't realise that 'Apologise' was actually on the list. We thought we could pick any song we wanted. So this time, we wanted to do a Kanye song which was nine-minutes long. They rejected it but we did it anyway. My favourite part of the song is end, where we were able to recreate the vocoder effect. If they weren't going to put the whole song in, then we rather they not put it in at all. We fought so hard for it to be on the album and they eventually put it in the second last track, which is where songs go to die.

I think we were hard to work with because they haven't asked us to do another one since then but I would love to do another cover because both times were so fun. And it did a lot for our band. So much of what we do is serious. We don't have 'joke' songs so to be able to something that is tongue-in-cheek is great.

15 years down the road, what does 'Smile In Your Sleep' mean to you?

It's been an important song for us. It gave us a lot of hype when we first put out the demo and when we played it at Warped Tour live before we recorded the song. That was a lesson on being able to write a song that is not too intricate and had a lot of energy. After Neil and Paul put in the guitars and drums, I decided to make the chorus the simplest thing ever – literally just two chords. And it just had this energy about it that our band hadn't used before. Right away, bringing that energy into our music lifted it up in a more appealing way. That song managed to resonate with people even before it was recorded. It became the only song we played at every show ever since.

Where do you see heavy music, in any sort of form or genre, going?

You never know, man. I'll use two radical examples which affirm the fact that you'll never know what your favourite band is going to do.

Bring Me The Horizon: That is a band that has gone from straight-up deathcore to almost completely abandoning the guitar. But they're doing very well for themselves. Another band that did something crazy is Hundreth: Going from being a metallic/metal-core band to a synth-pop/shoegaze band. When bands take liberties and go that route, it's cool and I'm all for that.

In terms of heavy music, there's always going to be the two schools of thought: Heavy music needs to be intricate and complicated; and it needs to break new ground with the limitations of what people can do, whether it's playing faster or tuning lower. There's never going to be one way to attack heavy music. People are always going to try and do it in new ways.