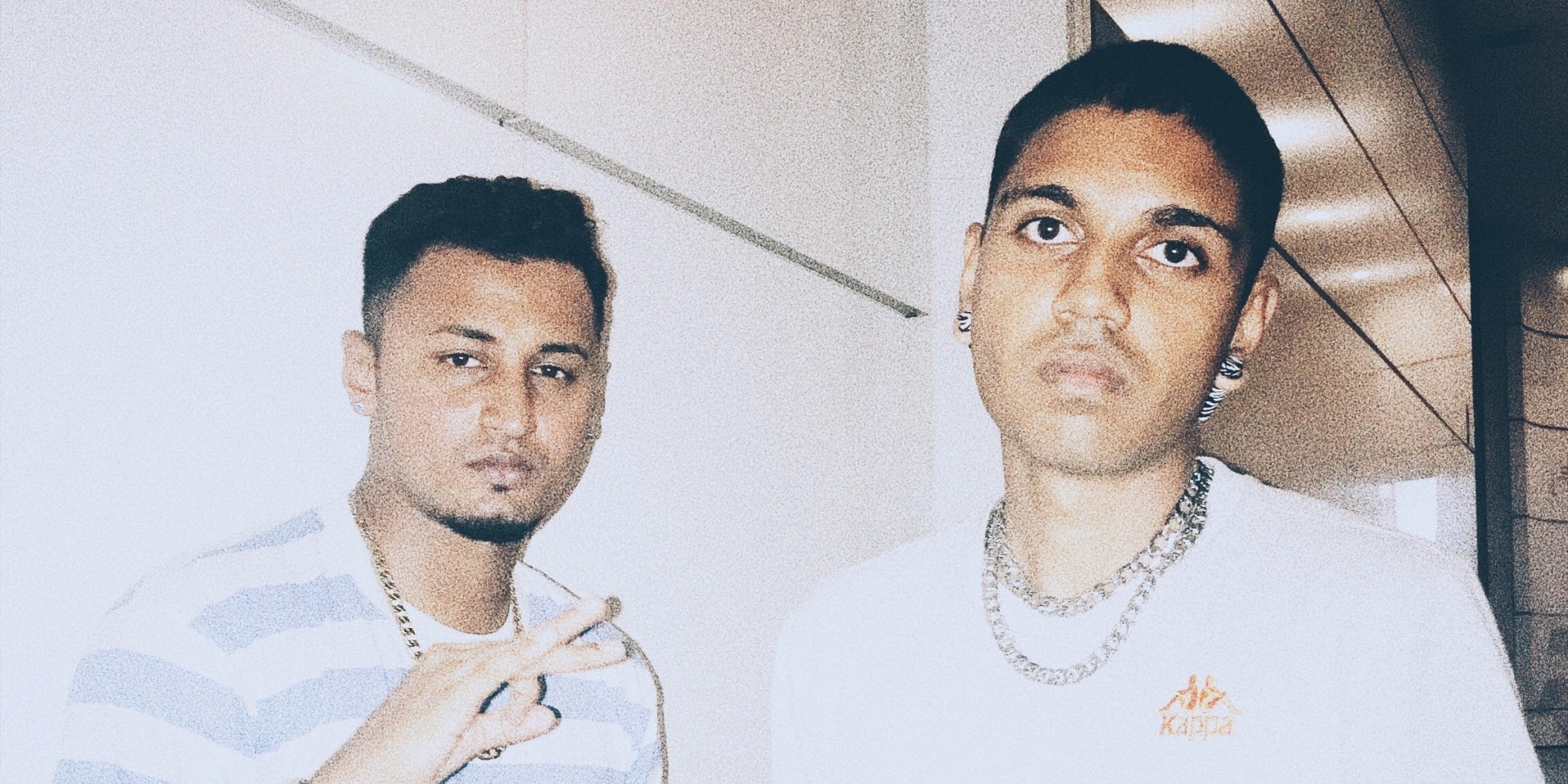 When she looks at you, she stares into your soul and you turn to stone – that’s the transfixing power of ‘M3dusa’, the debut single released earlier today by Slime G4ng, the Singaporean rap duo of Louie Indigo and Asking Joshy. Within its two-and-half-minute runtime, veritable worlds collide. There’s the precise, silken delivery of Louie Indigo, a rapper with a burgeoning body of work to his name and the heartbreaking confessionals of Asking Joshy, the MC and lightning bolt of Singapore’s most exciting and progressive new school hip-hop movement .Wav(y). ‘M3dusa’ is the site wherein ripping emotional drama and eyes-closed beatitude converge – but from it, there’s so much more to come.

Bandwagon sits down with Louie and Joshy to find out more about Slime G4ng’s inner workings and beating heart(s).

How did you both come together as Slime G4ng?

Asking Joshy: I’m the MC for .Wav(y) and I met Louie at our first live event, .Wav(y) Live. At the time, I didn’t know who he was and when I first heard his song ‘Froze’, I didn’t like it. I come from a metal and hardcore background so I found it too mellow for me. But when I heard two of his other songs, ‘$alty’ and ‘Switch Lanes’, I thought they were something else. No one else is making music like this in Singapore. I could relate to the messages of the song and I became a fan. Over time, we linked up more and eventually, Slime G4ng happened.

And when did you decide to start making music together?

Louie Indigo: Right after .Wav(y) Live. He hit me up and I was like, “Why me?!” He told me he wanted to make music in the vein of $UICIDEBOY$, scarlxrd, Bones and Ghostmane. I told him that if he did that, it wouldn’t pop because everyone’s doing it. We shouldn’t give people more of the same. So I asked him to come to my place to record and try out some new sounds.

Asking Joshy: We found the beat for ‘M3dusa’ and that’s when things changed for me. I started getting into artists such as Saint Jhn and 88GLAM. I realised you don’t have to scream into the mic all the time to be relatable. It’s more about communicating a message than it is volume.

Louie Indigo: If you look at my catalog, you’ll see that I don’t really like working with too many people. The reason I wanted to work with Josh is because I like his energy. A lot of people are very cagey when they perform. But he’s not. When he gets on the mic, he brings it. It’s very easy to sing in the studio but doing it live is different. If he’s got on the mic in his hand, there’s a lot of engagement and eye contact with the crowd and I appreciated that. I thought that if he could transfer that energy into the studio, it’ll be perfect. We’re a good blend: I’m more on the mellower side and he’s a high-energy performer. To my knowledge, there’s not been a group like us in Singapore.

Joshy, you’re known as .Wav(y)’s hype man but on ‘M3dusa’, you’re actually crooning. Was that a tough transition to make?

Asking Joshy: I have to thank Louie for that. It took him months to convince me that I could do it. Initially, I wanted to growl on ‘M3dusa’! But he advised me against. I was also inspired by other artists he had introduced me to, like Pronto. But at first, I had a tough time recording: The mic picks up everything. I had to enunciate properly and make sure my delivery was proper. It took me a while to find my voice and I owe it to him. 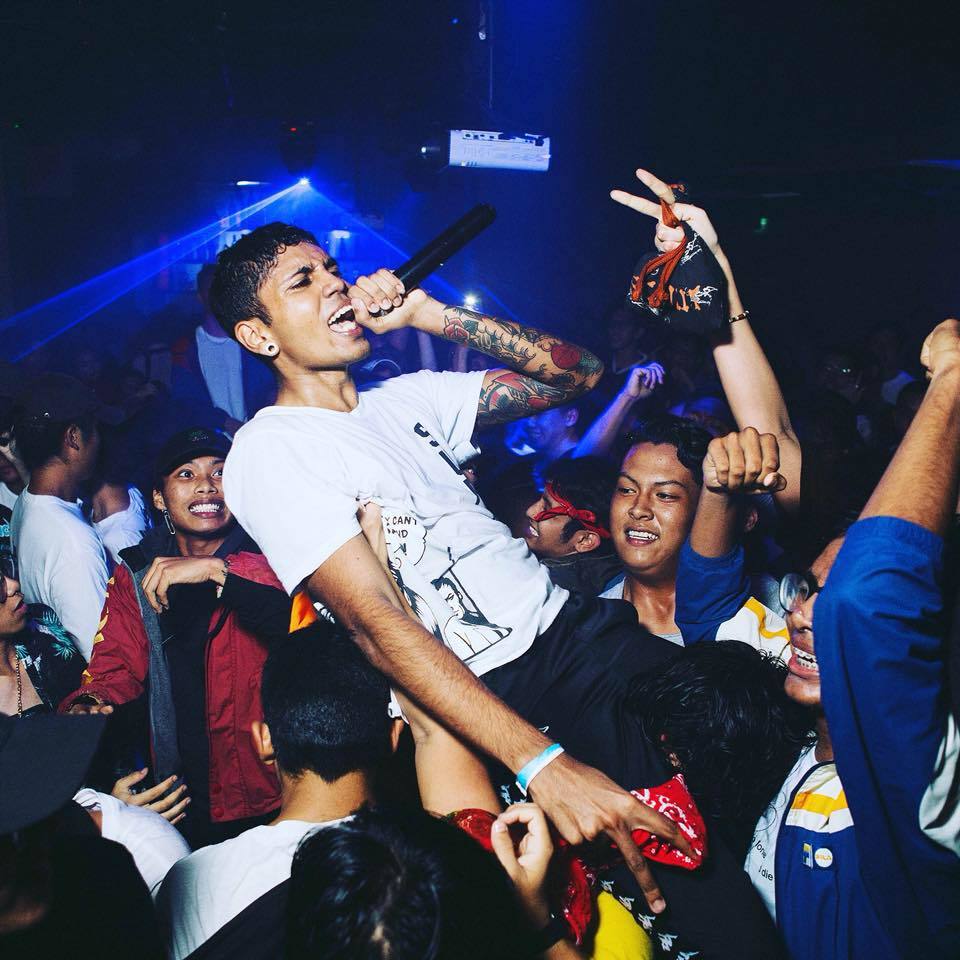 And at what point did ‘M3dusa’ happen?

Louie Indigo: It took shape about three months ago. We’ve done many songs in between but it was always going to hold the core DNA of Slime G4ng. It was one of the first few songs we did and it was the one that really stuck because we found how our voices could gel together.

What happened was Josh came over and we were playing around with samples, which is something we’ve always liked. Everything clicked after that. That’s why ‘M3dusa’ has such a different vibe from what you hear on mainstream playlists these days. We’re going to tap deep into it and make sampling part of our core sound.

And what does the song mean to you?

Asking Joshy: It’s legit about my ex-girlfriend. She found out I was working with Louie from the snippets I posted on Instagram and she realised the song was about her. She sort of responded on her socials. But that isn’t the point. Every line in the song is real. When I sing, “Get away from me”, that comes from actual life experience. 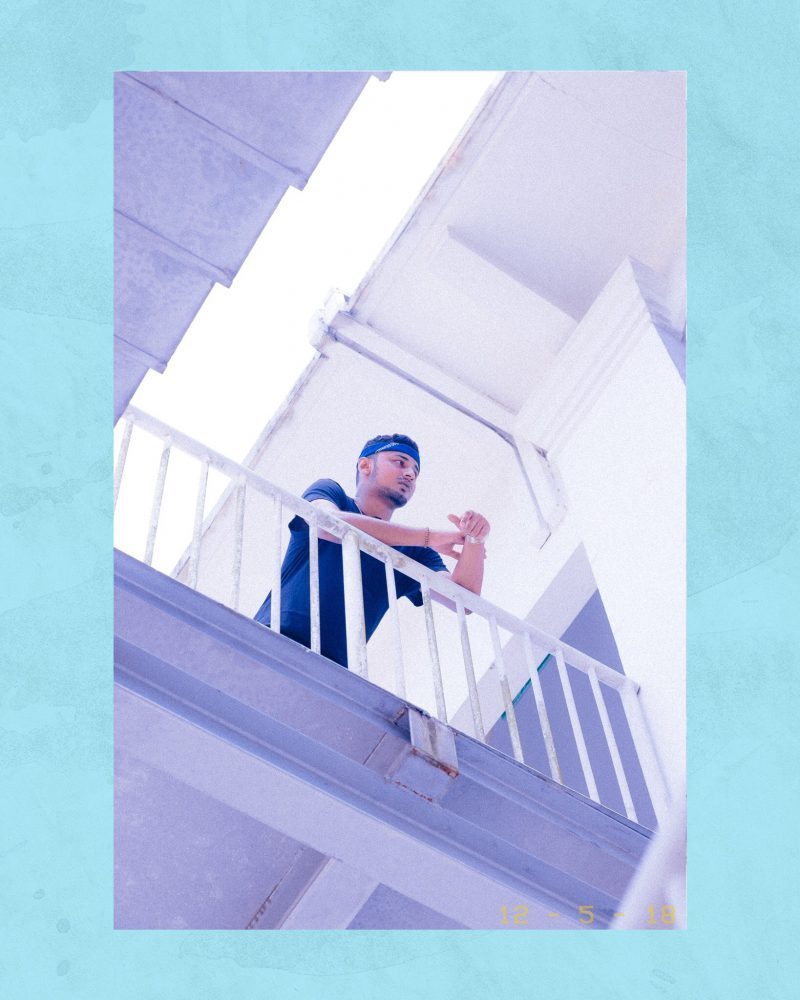 Louie, since ‘M3dusa’ is Joshy’s story, how do you connect with it?

Louie Indigo: I just pictured myself in his shoes. That’s how I connected with it. I was well prepped as because he’d tell me about the trouble he was facing with her. So I knew exactly what he was going through. I just had to express it. But it was the chemistry outside the studio that made the song work.

Louie Indigo: It took a while for us to be on the same wavelength since we both had different ideologies of hip-hop. We make that work by learning stuff about what the other person likes, like musical recommendations, for example. It’s a movement – it’s not just two guys in a studio making music by being reaching for better within themselves. We don’t want to make another ‘Plain Jane’. We want to create something new.