Depending on how you handle it, having a chart-blasting, culturally resounding debut album can either be a baptism or a drowning. Last year, Wolf Alice succeeded its superlatively brilliant 2015 debut full-length herald, My Love is Cool, with another stunner, Visions of a Life. The fact that it earned its makers this year’s Mercury Prize is only a ceremonial acknowledgement of its many-splendoured charms. Beauty and devastation form the dialectic upon which its awe-inspiring songs operate. At a time when having something important to say is so necessary, and with the legacy of its first record to consider, the band turned in a richly composed and epically original set of songs. Even British Opposition lightning rod Jeremy Corbyn took it upon himself to champion it.

Recently, Bandwagon had the privilege of speaking with frontwoman-guitarist Ellie Roswell about what a year her band has had.

Where are you now and what's kept you busy lately?

I'm in Brisbane, Australia, at the moment. We've been playing lots and lots of shows all over the globe. I haven't been up to anything else other than that, really.

You played in Singapore at the Laneway Festival this year. Did you have a nice time?

Yes. It was great. It was such a weird experience, for a festival, because you're travelling to so many different places with the same bands. It's unusual and it makes it quite exciting. It feels like you're part of this big thing. I got to watch so many good bands, as well. We were spoilt for choice. It felt like a glorified holiday.

Since then, you've won 2018's Mercury Prize for Visions of a Life. Congratulations!

Oh, thank you. It's strange. I don't know; it's overwhelming, really. I don't like to think about it too much. What I can remember is that I was really happy that night. It's a great opportunity for us to expand our fanbase. When we heard the presenter call our name, my first thought was, "Oh no! I really don't want to go on stage right now". I was so nervous because I don't like talking to big crowds. I wanted to express my gratitude and happiness but I didn't know how. You could say that I was as nervous as I was happy.

But the main thing is that we felt proud. Sometimes, you get the sense that there's a certain guilt that goes with feeling pride but we didn't feel it that night. There was unadulterated pride and happiness.

Does winning an award of that nature change what you think the band is capable of?

One of the things about our band that I'm the proudest of is that we don't bend towards other people's rules. We don’t really think too much about what we're doing. We're fortunate enough to write songs and do what we do. When we're writing, we don't second-guess ourselves too much, especially by standards that are not our own. If we enjoy something, we'll just to do it. We won the Mercury Prize with that mantra, so it's quite reassuring.

After helping Labour beat the odds in the election, it's great to see @WolfAliceMusic doing the same in the charts. https://t.co/H3sdVFpZVr

Jeremy Corbyn came out in full support of Visions of a Life, as well.

That's another thing I can't get my head around. I try not to think about it too much because it's just weird. A lot of people on the Internet were annoyed at him for talking about it. They said that he should be talking about Brexit etc. But a British politician should also celebrate British music. It's important. One of the problems with Teresa May is that she's seen as robotic because she only talks about stuff she’s supposed to talk about.

'Heavenward' is one of the album's standouts. What's the story behind the song?

It means a lot to me. I wrote it after a close friend of mine passed away. When something really sad happens to you, I don't think you go about writing about it in a structured and logical way. The best way to react to that, if you feel like you have to, is to let it come out. That's important to me.

How do you feel about the new wave of pop artists coming out of the UK such as Jorja Smith, NAO and Ray BLK?

I'm really happy to have artists like them come from the UK. I like Jorja Smith, in particular. And though I haven't kept up to date, I love pop music. It's the best genre, in my opinion. Grime is something else that I appreciate, too. I don't know too much about it but I find it exciting, lyrically relevant and inspiring. It's also the most punk movement out now. It's been around for ages and it's great that it's getting the media attention it deserves. And even though  grime artists are from all over the UK, it makes me really nostalgic for London. 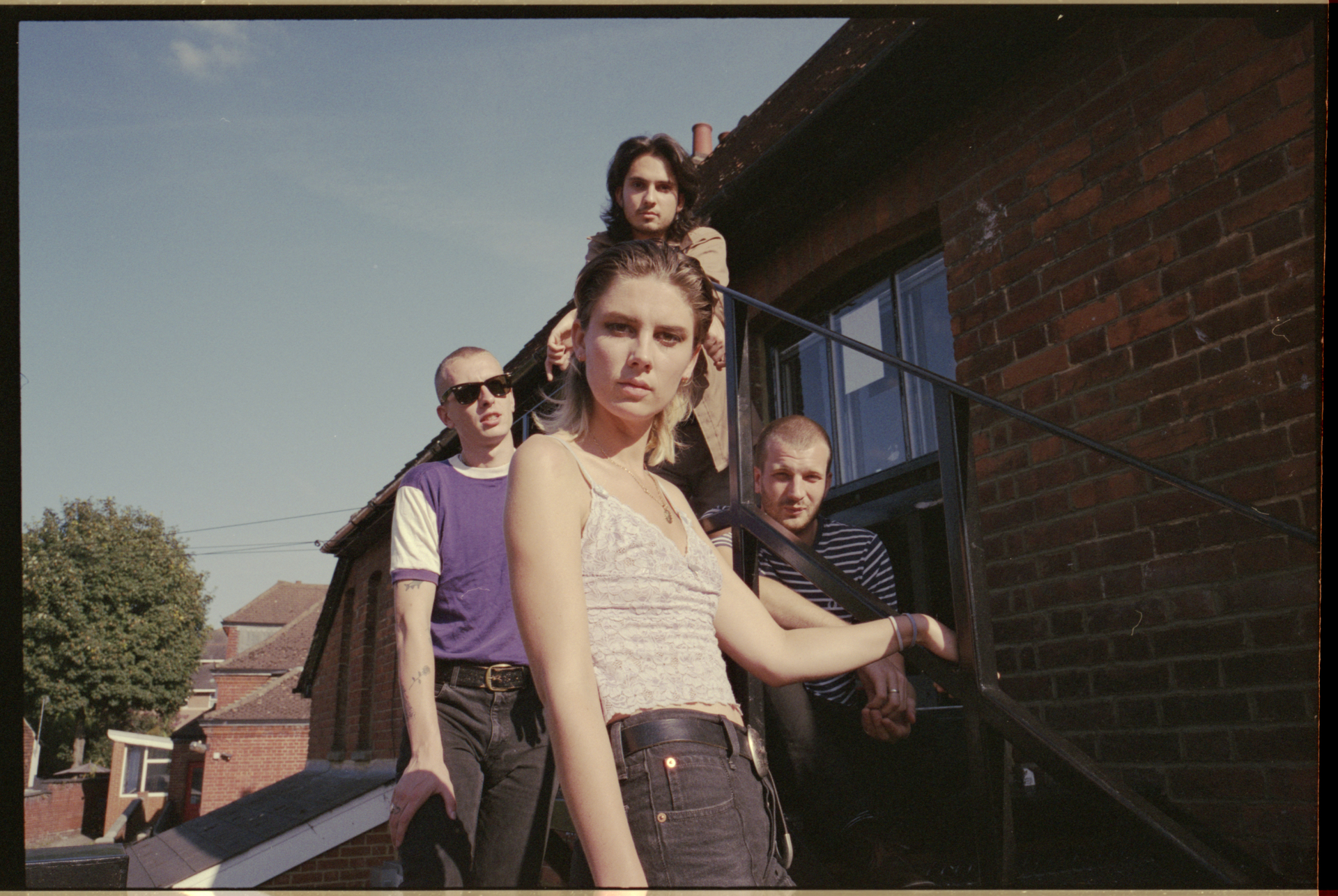 If you had to make an early call, what would you say is your record of the year?

I love the new Ariana Grande album. It had some of the strongest singles out this year. Besides that, Shame’s album is the best guitar-based record  of the year.

Lastly, is there a New Year's resolution you'd like to get a head start on?

For my New Year's resolution, I'd like to try to be more positive, happy and peaceful.