Light and sound – the two most universal tools humanity has used to decode the cipher of existence. And thence, text, image, video and beyond. Beyond is a crucial point. It’s a tangible indicator of progress but it’s also a permanent destination in the realm of art. In Singapore, the Island Boys Collective is relentlessly–and winningly–chasing down new ground and planting its flag on next-level territory.

From immortalising the revolution that is .Wav(y) in photos to creating the transformative music video for Fariz Jabba’s door-kicking banger ‘Ape Sia’ to beyond, the collective of brothers Izzraimy and Izzadely, Shafeeq, Anton and Imran is on a course of uncompromising originality.

Read our chat with them below for more insight into their grind.

Tell the people who the Island Boys are.

Izzraimy: We do music, video production, photography and creative content production. We're looking into branching off into events as well.

Imran: I'm a motion graphics designer so I do graphic design, animation and 3D CGI. To summarise, we're all creatives: Everyone has things they are good at so we cover a wide range of creative production.

How did this entire operation start?

Izzadely: I got the name, Island Boys, randomly from a dance class. At the end of the class, my instructor gave us a talk and said, "We are all island boys. We should be proud of where we're from". I kept that name throughout. While shooting Fariz Jabba's 'Ape Sia' video, he spoke to us and said that we need to establish ourselves soon. So I decided to use the Island Boys name for the whole collective.

Izzraimy: Once the name was established, I felt like we needed to start on a project. After finishing the 'Ape Sia' video, people started to believe in us and our name.

How did Imran, Anton and Shafeeq come to join the collective?

Izzraimy: Initially, it was just the two of us and we figured that we couldn't do it ourselves. All of us were connected through social media but we've never met one another before. Imran joined us on a few projects and helped us with visuals for an event. Eventually, we talked more about the collective and the three of them decided to come onboard. And here we are now.

Anton: I've known Izzadely and Izzraimy for about five years; we’ve gone through a lot of changes in our careers throughout that time, but the thing that never changed was how real Izz and Dee were to me. Besides that, I vibed with their visuals and branding without knowing who were behind the collective. When I found out they set up Island Boys, I told them to sign me up.

Shafeeq: The first time I met Anton, he told me he wanted to start a team as well. And when Izz and Dee first pitched the idea, I thought that it would be great to combine our efforts and work as a team.

Imran: I weighed the pros and cons of joining the collective and I realised that there were no cons with this idea. I was onboard, totally. 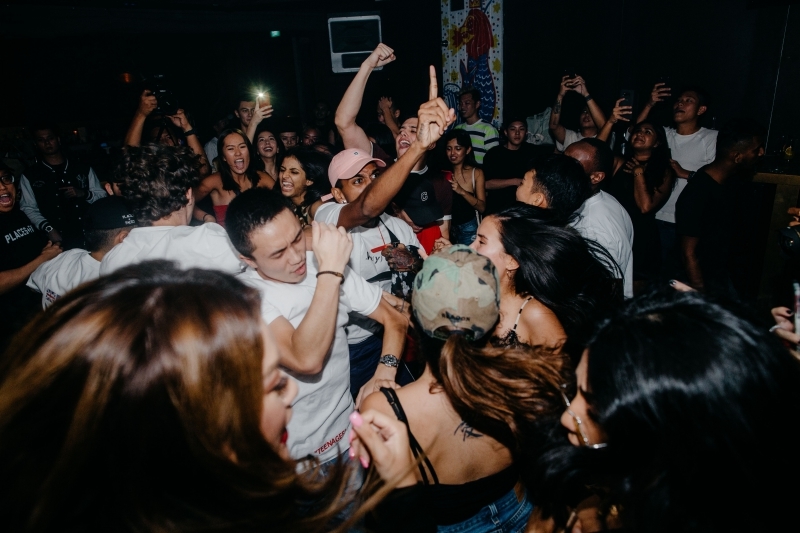 Is there a particular aesthetic that unites the group?

Izzraimy: Every single member of this team has their own style and vision. That’s what makes the team very dynamic. We are able to cater to the different requirements our clients require. Rather than just sticking to one style, we can diversify ourselves and do more.

Izzadely: Besides that, the one other thing that brings us together is that we’re all into street culture.

How did you come to shoot the 'Ape Sia' video?

Izzadely: This is the best story: That morning before they contacted us to do the video, I told Izzraimy that if we're going to start Island Boys Collective, we need to land a $1000 project so that we can get equipment. Later in the afternoon, M03 Records contacted us to shoot a music video. I looked at Izzraimy and said, "This is God talking to us".

What people don't know is that we scrapped the first version of the video as we felt that it was not the video that should be put up. So we decided to shoot another video and go all-out with the visuals. We were afraid after posting the video because our pitch was different from the result. But we took a gamble creating content that was different than what the Malaysian market was used to and it paid off.

Another great music video that you helmed was for 'Talking Insane' by Theodora. How did that come together?

Imran: The first time we heard about this video was from Izzadely who asked in our group chat, "Anybody know where I can get 14 TVs in two days?"

Izzraimy: I shot the first scene of the video in a studio with Anton, who was directing and doing the lighting. For the scene with the TV, we went down to a bar in Bugis and convinced the manager to use the space. There was an arcade machine in the place as well, so all of us decided to include it in the video.

Imran: We had a hard time editing the video because the equipment was so heavy. So in the end, we convened at my house and worked on it all night. The funniest part is that the keyboard in my house doesn't have letters on it so they were struggling with it. This is the essence of Island Boys: We’ll make it happen, no matter what. 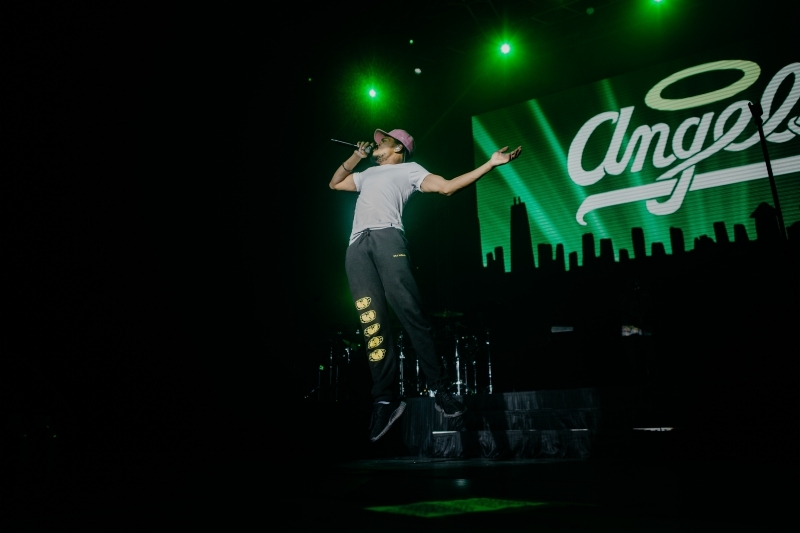 It’s known that your photographers always get to the heart of the action in order to take photos. What are the challenges that come with that?

Shafeeq: Even though the equipment costs a bomb, I don’t care. I've had my camera fly out of my hands before and I've broken a flash extension that I borrowed. To capture a photo that is worth looking at, you have to take risks. You can't be afraid of getting your camera wet or knocked by people.

Anton: I've been shooting at music festivals and clubs for several years now and I think the most challenging part of that is getting into a good position. There are times where obtaining a media pass or an all-access-pass doesn't happen so you have to find a way to squeeze into the crowd and get yourself into a suitable spot. It comes down to how much you want to hustle and work for it. 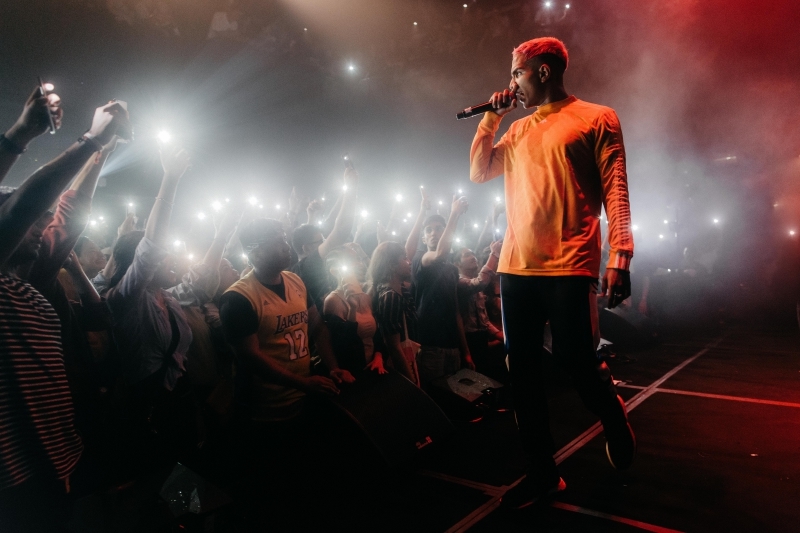 Also, there’s long been the issue of photographers not getting credited when their work is used. What are your thoughts on this?

Imran: It goes the same with songs. When artists come together to collaborate, the song will reflect the artists that were featured. The same should go with photography – all artists should be given the credit for all the hard work they have done regardless of whether they are paid for it.

It all boils down to two things: Respect and appreciation. I feel that it's disrespectful when people that put in the work are not credited because that means that they don't respect the work of the other person.

What are some of the possibilities you see opening up in the visual space within pop culture?

Izzraimy: A lot of these cultures came from the West and we've borrowed them and made them our own. It used to be a copy-and-paste from the West but I feel that in the next five years, we're going to have our own style, our own visual language.

Anton: Two words that have stuck with me for a long time are "mixed media". Our goal for this collective is to combine photos with many elements such as layering music or even adding CGI. That's also what I foresee happening in the future.

What aspect of art in Singaporean culture are you the proudest of?

Shafeeq: I'm proud of the music scene in Singapore. There are artists out there who have regular jobs or are still in school studying and they still find time to make music on the side because they want people to hear their art.

Izzraimy: Through the years, I've come to realise that people who are involved in the arts have the highest level of perseverance and passion. The proudest thing, for me, is seeing people waking up day after day and continuing no matter how difficult it is.

Anton: In the photography and videography scene, I see a lot of talent and the hunger to want to make their passions into a career.

Imran: Growing up, my relatives always had a negative reaction when I told them that I studied motion graphics. And they're doubtful about whether I will be able to make money. I see that so many people here are facing all of that but they still believe in themselves and push on.

Izzadely: What motivates me and keeps me going is seeing more and more Singaporeans believing in what they do. .Wav(y) helped me to showcase my videography so I really owe a lot to them. They've inspired me because they've kept going no matter what was thrown at them. 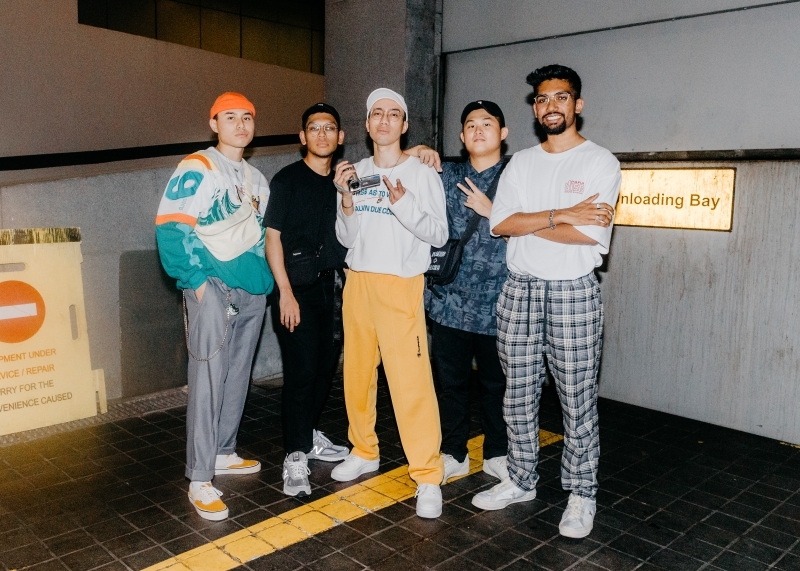 For anyone who wants to work with the Island Boys, how do they reach out to you?