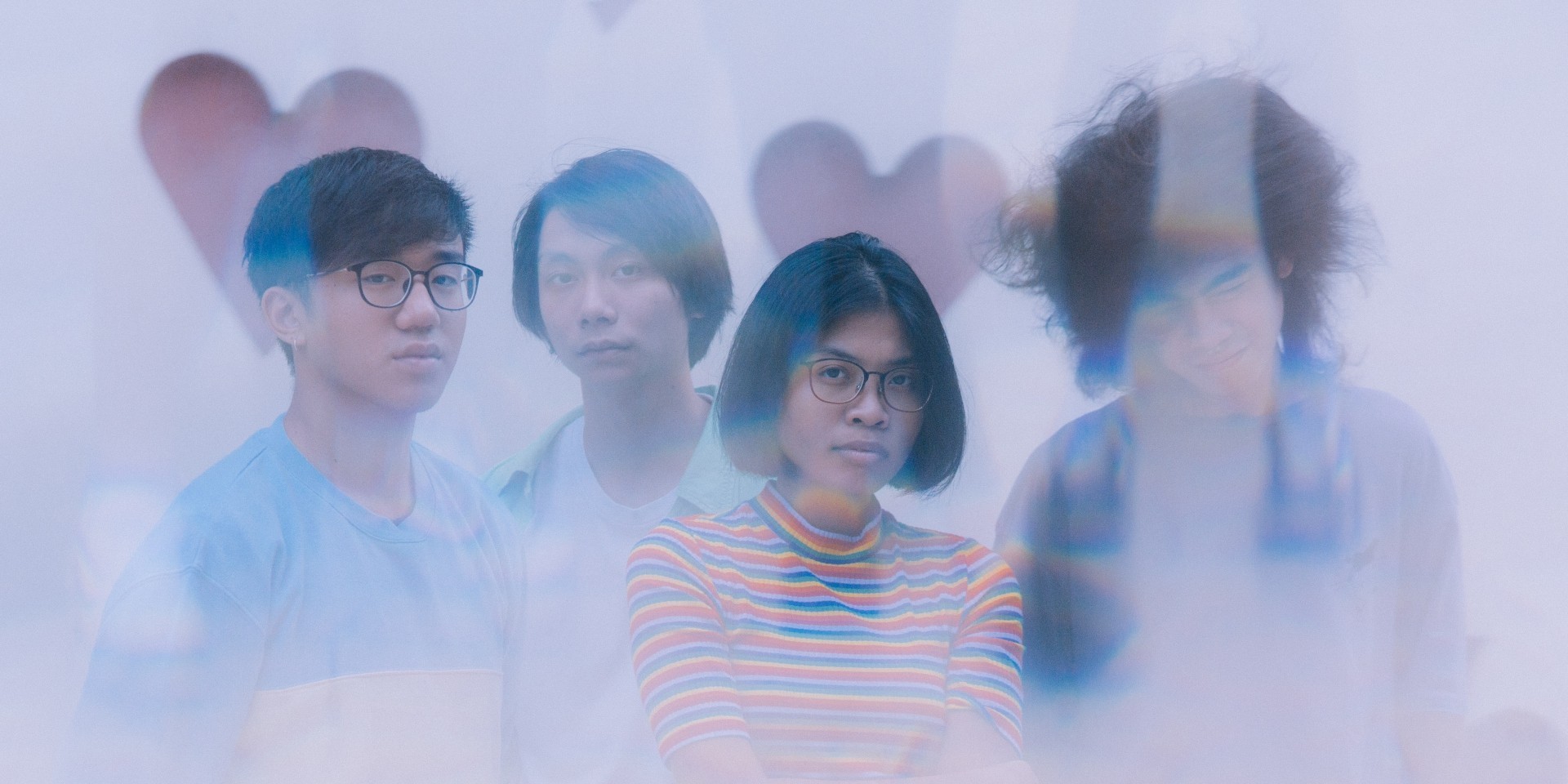 Dive Into – an invitation into a vastly varied and vivid experience that is sublimely new.

Exactly a week ago, homegrown indie rock quartet Subsonic Eye lifted the shroud on its second album of the same christening. The nine-tracker is a consummate stunner. As a totality, it’s a spirited showing of how far the band has pushed off from its shoegaze-forged beginnings. Individually, each song boasts a new measure of profundity and power, which derive from the disparate ways in which they dramatise the tension between being young and self-aware and just how tenuous those hallowed conceptions are in the much larger and fundamentally unknowable scheme of things.

Bandwagon caught up with frontwoman Wahidah, guitarists Daniel and Jared and bassist Spencer for a more intimate and first-hand account of all that went into it.

What does Dive Into mean to you?

Daniel: The first album, Strawberry Feels, was more about us lying around and thinking about things. But Dive Into is about us actually doing stuff and facing situations head-on. There’s a lot more experimentation and sonic exploration here. We just tried to play around with more things and just do more, in general.

Take us through some of the ways you experimented.

Spencer: We have more noise bits now, which we treat as bridges between different songs and sections. Each of the musicians have also pushed out more in terms of adding more sounds to the overall whole and making the timbre of the music more dynamic. I’d say that this is the root of the sonic exploration of this album.

Jared: I joined after the first album came out so this is the first piece of work I’ve recorded with Subsonic Eye. We’ve been playing all the songs on the album since I joined, which was a year ago. We’ve had to figure a lot of stuff out along the way but I’m very happy with how it turned out.

And for the rest of band, what would you say Jared brought to the table as new member?

Daniel: He definitely made things more technical. Before he came, we used chords, mainly. There wasn’t much else. Jared’s an amazing guitarist so I’d say we used him to write better, more technical songs.

Spencer: The beat for the interlude track, ‘Blue Dream’, was made by Jared. It’s the best example of how far we’ve pushed off from Strawberry Feels. Also, he had to learn our songs in one night, before rehearsal for a show happening the day after.

Wahidah, what was the songwriting process like this time around?

Wahidah: I churned out the vocals in an hour for the previous album. I put a mic in my closet and just recorded. But I took my time with Dive Into. Like, I’d spend two days on a song, just fine-tuning melodies and getting more out of my vocals. I’m happy I had more time for this album.

It’s good that you mentioned lyrics. They are definitely more direct and emotionally involved here.

Wahidah: The first album was all about nostalgia, so it was easy to keep it general. But this one is more rooted in the present. I went through some stuff – that’s why there’s more emotional depth now. The songs are more emotionally attached to the present as well. And I’m more invested in the lyrics themselves, now. I was going through things that made me feel vulnerable so I used to opportunity to write to go HAM on the lyrics.

Strawberry Feels and Dive Into play like they were made by two different bands. Was making Dive Into a transformative experience for you?

Daniel: Yes. We used the same recording techniques and effects but our tastes, influences and life experiences took things in a different direction. At first, it was difficult to transition from the old style, especially since we had trouble trying to articulate what kind of sounds we wanted to go for. But after a while, we found our groove, individually and collectively. It was a smooth experience.

Spencer: I’d say so, too. When we were writing Dive Into, we’d include some of the raw songs into shows we’d play for Strawberry Feels and not worry if audience could ‘get’ them or not. This gave us a chance to explore and develop the songs fully. That went a long way to helping the band grow. Dive Into is a more mature version of ourselves.

Wahidah: We made it a conscious effort to sound different from how we did on the first album. We were upfront about stepping out of our comfort zones into something new and different. 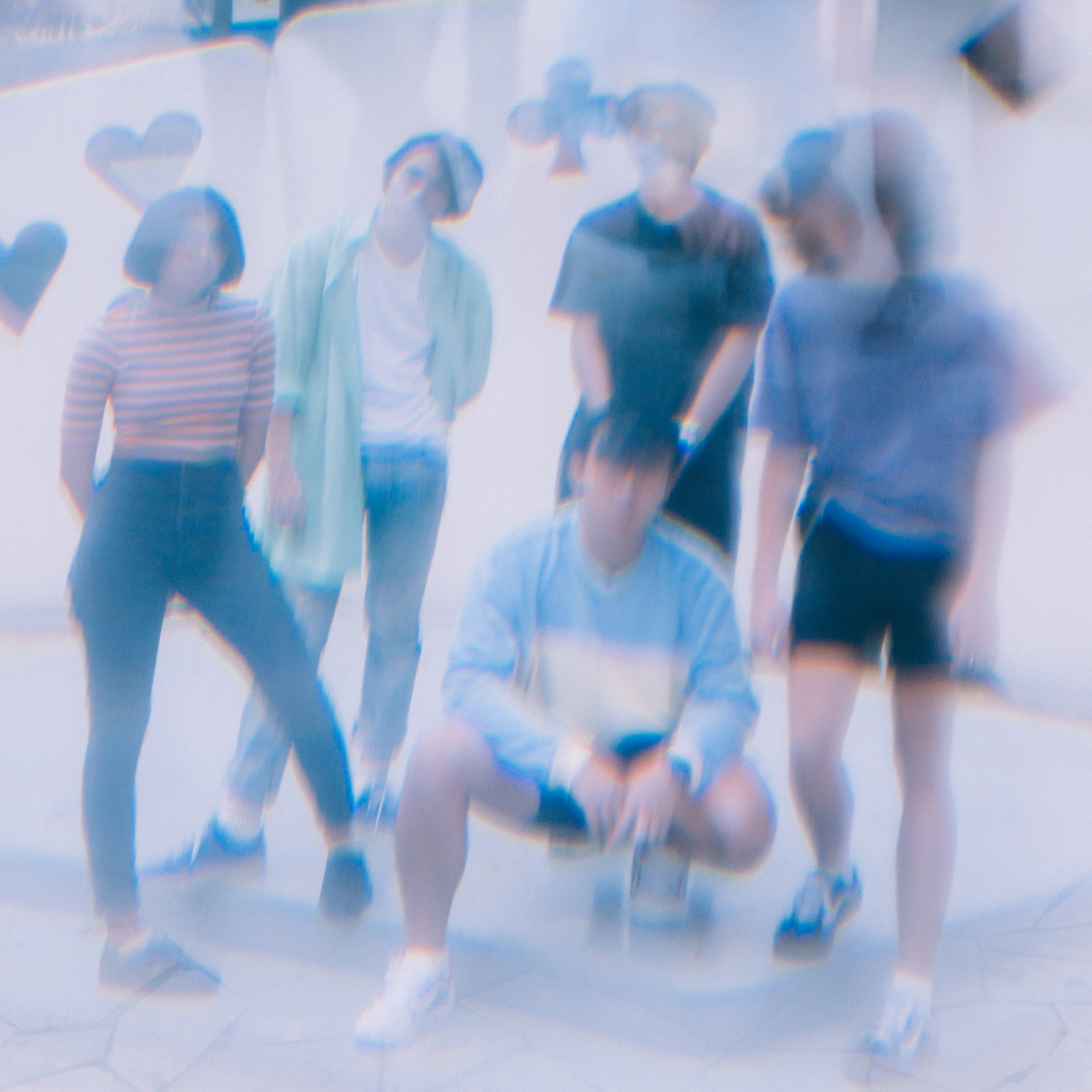 Lastly, tell us what your favourite song from the record is.

Jared: Mine would be ‘Sorry’. From the moment I heard the demo, which was half-done and only had one verse, I knew it was a good song. It had very good melodies and it’s really emotional.

Daniel: I love the last song, ‘Dive Into Me’. It’s fucking fun to play live. I also spent so much time on it, especially with analysing how Sonic Youth used progressions and improv sections in its music, and applying it to this song.

Spencer: Though I agree with Jared, I’d have to go with a tie between ‘Last Day’ and ‘ Dive Into Me’. Both songs are really fun to play live and just feel good. That’s where the band is the tightest and everyone’s listening to each other.

Subsonic Eye's Dive Into album launch is set to take place on September 22 at Canvas Club from 7pm to 3am. The event is free and open to all ages.