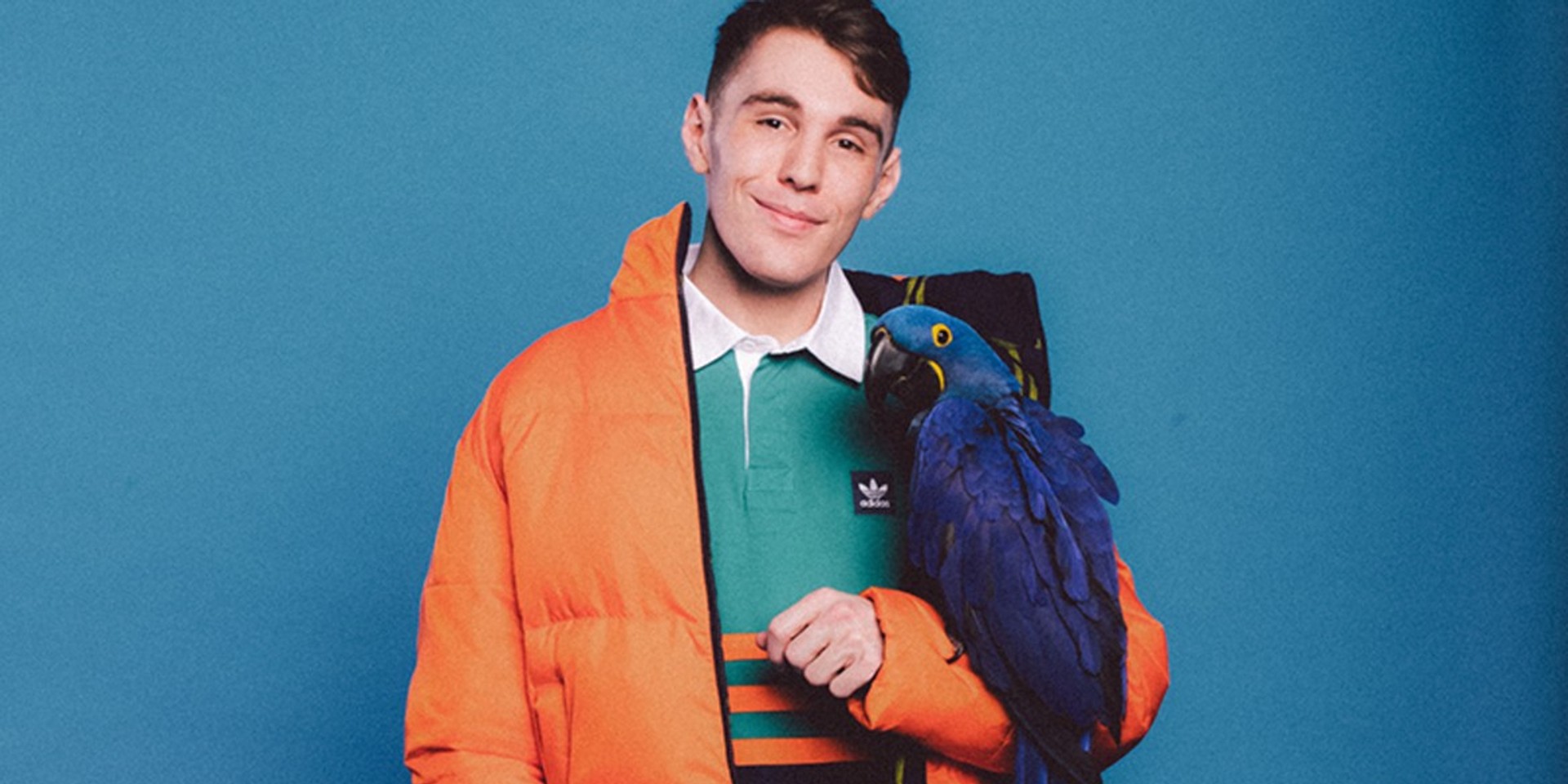 When we last spoke with vapourwave future funk producer Yung Bae, he was touring Asia for the first time, playing an intimate show at the quaint outdoor space of Gallery & Co. during his stop here which brought a major throwback to the '80s – attendees were dancing under palm trees to the best of Bae tape remixes, beer in hand.

A lot has happened within a year for the West Coast producer who wears tacky loud and proud: he’s played Coachella, supported EDM heavyweight Zedd on his tour and released a new mixtape Bae 5 – yet another infectious one that features eleven dance floor-perfect tracks, a refreshing disco revival.

Sticking to the retro-futuristic roots he has come to be known for, Yung Bae still manages to keep Bae 5 transformative with the addition of elements never before heard in his tapes, including a live orchestra and children’s choir recorded in the studio for some of the tracks.

While Yung Bae was in town for his third Singapore show, we caught up with him on his latest mixtape and how things have been for him as a touring producer, courtesy of Collective Minds. Read the full interview below.

When we last caught up with you, you mentioned that your goal ever since the first Bae tape has been to change your sound or stick to a specific theme every time you produce a new tape. What sound were you going for with Bae 5?

“With Bae 5, I was trying to stick to the sample roots, in some regard, while trying to make it original, so, with that, we brought in the orchestra for a few of the tracks. We also brought in a kids choir and I sang and did some bass and guitars on it, so it was just kind of striking that balance of not doing a 180 of my sound, but still progressing and staying with the roots.”

How do you know when you’ve found a good sample to work with, and who are your favourite artists to sample at the moment?

I just worked a sample from Double Exposure, they’re pretty great. Gladys Knight and the Pips as well. I’ve been kind of all over the place, lately!”

This album features some interesting collaborations – familiar names like Flamingosis and Macross 82-99 as well as a couple of new ones.

“One of the new ones we had was Desired, who is another big future funk producer. I’ve known him for a while and somehow we hadn’t made a track so I was like, "Dude, you’ve gotta hop on this". Same with my buddies Party Pupils, I’ve been doing shows with them for almost a year-plus now, and we have other tracks as well.

I think my favourite one to work on was either the one with my buddy Paper Idol – that one was a lot of fun, or there’s a track ‘Bad Boy’ with bbno$ and Billy Marchiafava, that one was really fun, too. That was the most special to me because we both had just done FaceTime and made the beat and he wrote it all on the same FaceTime call!”

And how long did that take?

“A couple of hours, but I think it took more time on my end and then I gave it to him and he was just writing the lyrics quick. And I was like, "Ok, you’re too good at this!" It was really fun!”

We read that you’re quite the introvert and not a fan of partying. Ironically, it’s your music that gets people on their feet at the party! How has life as a touring producer been for you?

“Yeah, I think now, because I’m at clubs and venues so much, I would rather just stay at home and just have a nice night in. So I think its (touring) done that to me, but you know I still don’t mind going out – like, once I’m at a show, I’m having fun. It’s just getting in there!”

Special thanks to Collective Minds and Kilo Lounge for the invite.