The news that Caracal was wrapping up production on their sophomore full-length effort came with the added announcement of an accompanying album launch show, which instantly became one of the most awaited gigs of the year. The release of the music video for title track “Welcome The Ironists” further stoked the flames, as its frenetic scenes and clever story gave general consensus to its claim as one of the best Singaporean music videos today.

Watching Caracal live is like watching energy personified - there are few bands who feed off the crowd as effectively as the post-hardcore quintet. It’s always a frenzy of music and movement, with a hyperactive mosh pit, and is a visceral experience for everyone involved - last week’s show being no exception. 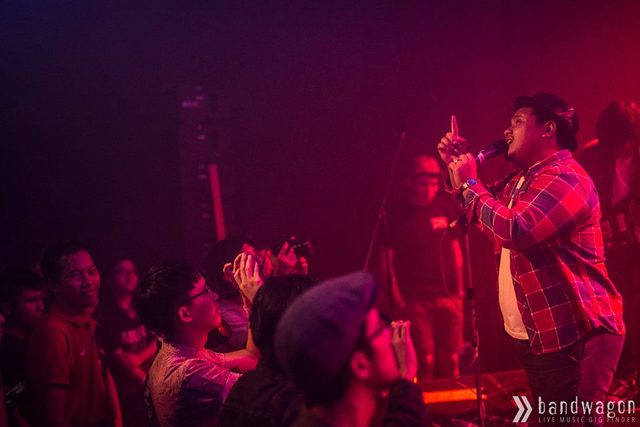 With tickets selling out just a day before the show, the Substation theatre filled up very quickly when doors opened on a humid Thursday evening. Local rockers Silhouette kicked off the night with a solid set that got everyone fired up. The veteran musicians, several of whom also play for post-rock outfit ANECHOIS, performed their own twist to the modern rock sound, featuring inventive melodies interspersed with blasting riffs. Coupled with vocalist Shahrizal’s natural rapport with the audience, the band were able to engage the crowd and were the perfect opener for the night.

Check out the full gallery

As the lights dimmed after Silhouette’s last song and the sound of instruments being prepped started being heard, there was a palpable sense of anticipation in the air, especially since most of the crowd was composed of long-time fans who have been waiting for a long time for a new album to drop. Years in fact, for some. The excitement was also evident for relatively newer fans such as I (I first got into Caracal late last year). Ever since I witnessed the band preview their new single during this year’s Ignite Music Festival, I have been anxious to catch it performed live again. We didn’t have to wait much longer, as the band took to the stage to raucous cheers and applause. 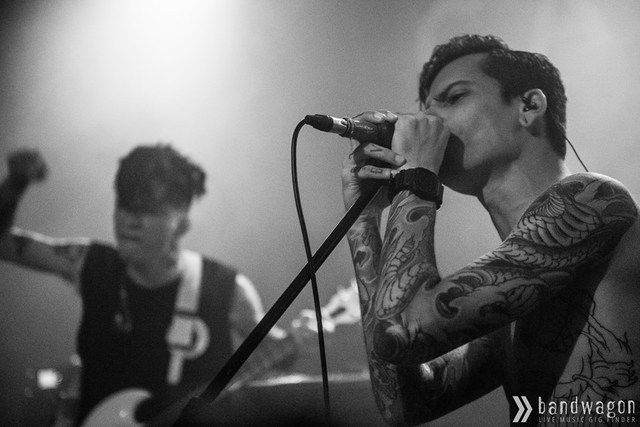 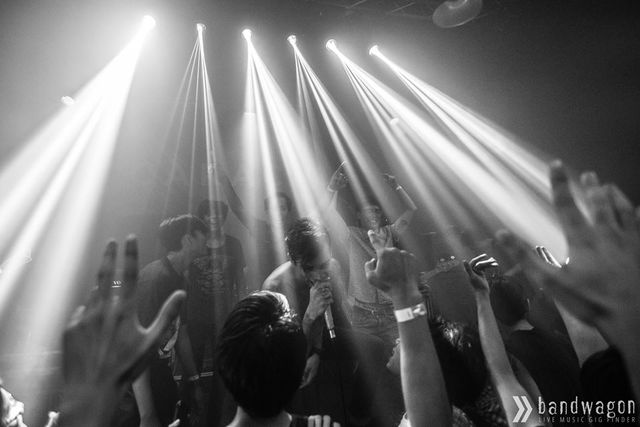 Caracal didn’t waste any time in setting the atmosphere of the gig, with singer K.C. Meals’s soaring vocals complementing the hard-hitting beats and pummelling rhythms of the first couple of songs in Wikus and the aforementioned title track. The band is at their best when they flawlessly interweave the disparate elements of their music together into inventive and cohesive arrangements that sound powerful and visceral yet contain threads of vulnerability wrapped inside. They were in fine form that night, as they followed up their openers with one of the best-received songs of the set, “God Damn Tree,” a slow-burner of a song that builds up to a roaring crescendo with growled vocals and and emotive melodies. At this point, the crowd was swept along with the music, and the mosh was in full frenzied motion.

It bears mentioning that the show had an amazing production crew behind it, as the sound was top-notch and the lighting was the best of any gig I’ve ever been to at the Substation. It was an experience for most of the senses, even overpowering at points in the show, as the lights that hit the middle of the crowd was too bright and wildly strobing for us to see what was happening on stage. Overall, though, the production really elevated the whole performance to another level. 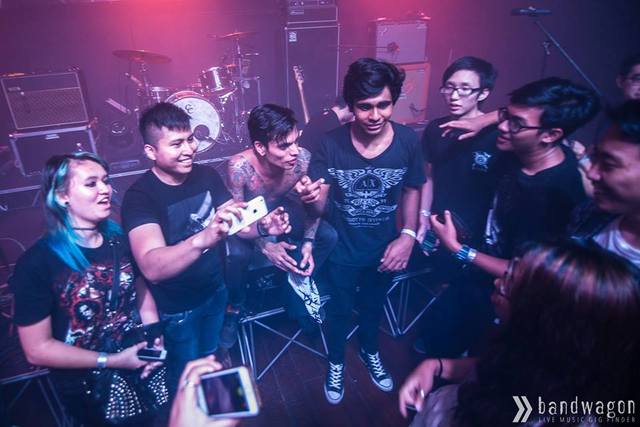 The band mostly played songs from the new album, but the sound was vintage Caracal, and the crowd had no trouble getting into the songs and rocking out. “Wolves” from their first album closed out the show, but the continued cries from the audience of “one more song!” brought the band back to the stage to perform not one, but two favourites. “Cheers To Love” was the performance of the night, a stirring, evocative number that hearkened back to the band’s earlier days and provided an aural window into the entire journey with all its up-and-downs to this culminating album launch, not just of the band, of the people who journeyed with the band, be it family, friends, or fans. As the song neared its conclusion, Meals let his body fall to the crowd and let himself be carried aloft for a few moments together with a couple other crowd-surfers. “The Strain” capped off a memorable night of music, reminding people that Caracal was one of the best and most engaging bands on the island.

There was a moment in the middle of Caracal’s set when the band paused to thank the people who have supported them in the making of Welcome The Ironists, and dedicated to them the next song, “Given Breath,” a slower post-rock number that had the entire crowd enraptured in a moment of the shared listening experience- that which is the end goal of a live music performance. Caracal certainly put on one hell of a show.