Words by Ilyas Sholihyn
As passionate music lovers with excellent taste in music and culture (exactly why you’re on this website), have we as natives born and bred in this illustrious city state, addressed this question? How do we even begin to describe what defines our music scene, what essential qualities can you really find in Singaporean music?

Imagine that you were attending a music festival somewhere overseas, lets say in - oh I don’t know, Coachella or something, and a fellow attendee wants to know more about the Singapore music scene. “How does Singaporean music sound like?”

You’re stumped for a moment.

Iceland has it easy - artistes like Sigur Rós and Björk have always been known to have that atmospheric, ethereal, peaceful quality, bordering on the theatrical. Norway will always be famous for its metal music scene with infamously #dark bands like Dimmu Borgir, Emperor and Gorgoroth, a scene that can be attributed to the country’s rich viking history, folklore and medieval sagas. In the West Coast of the United States, the thing that instantly comes to mind is the West Coast Hip Hop movement with icons like Tupac Shakur and Dr. Dre as poster children. In recent years the West Coast (particularly California) have been playing home to playful, bright summer-y tunes of indie rock bands such as Best Coast and Wavves to name a few.

Notice that the type of music mirrors the environment they were created in.The issue here is this: can we say the same about Singaporean music? Sure we may have lots of bands, lots of singers. But do they all share similar underlying concepts relevant enough to create a style that embodies what Singaporeans stand for, or are they so thematically and sonically divided that it’s a lost cause to unify them?

Of course we can’t look towards mass produced talent shows like “Insert-country-here Idol” to find the characteristic expression of a country. I’ve got nothing against the contestants of Singapore Idol (best of luck in all their careers) but personally I don’t believe in shortcuts to musical fame and widespread recognition through an intensely commercialized medium. Obviously the winners may not be suitable representations of the Singaporean culture as a whole. It takes true craftsmanship and capability to prove your true worth in the entertainment industry, especially in a fiercely subjective one like music. No, what we want to recognize and be proud of in this Singaporean Sound is pure originality and perseverance - after all, aren’t we all deeply rooted in meritocracy?

We also cannot rely on mainstream, popular music as archetypes of the Singapore Sound. They can be made in Singapore, written and performed by Singaporeans but they lack the innovative, original voice of our own people. Independent artists, unsigned or signed by independent record labels are untethered from the whims and demands of the hoi polloi, free to express whatever they want to communicate, and however they do so. The only restriction is their own creativity. I believe that it is only through this filter can the Singapore Sound be truly realized. 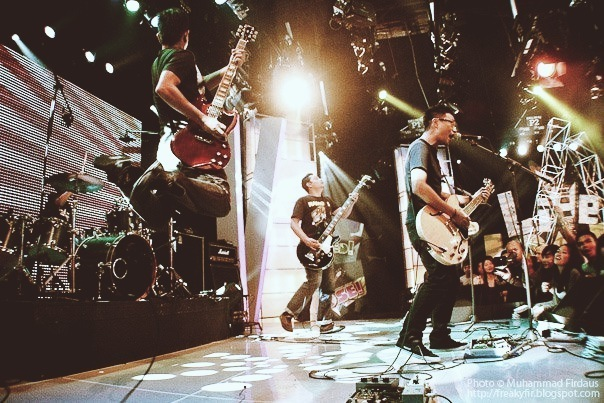 Our music has generally contained a youthful outlook.We can find that in our popular musical exports Plainsunset, The Great Spy Experiment and Electrico; all of them have that same playful, upbeat tone, with themes of love and hope drenched in their lyrics. Their music is basically fueled by catchy hooks, singalong moments and more importantly, vibrant optimism.

Even in other genres we can find similar vibes. Amateur Takes Control may deal in music of the instrumental persuasion, but they evidently don’t require words to convey that enthusiastic optimism - try listening to 4207 (off their You, Me, and The Things Unsaid LP). Solid, calculated guitarplay to lift your spirits, without compromising intricacy. That fresh feeling, ladies and gentlemen, is what we Singaporeans wholly embrace.

Take that youthful energy, turn the knob up to 11, and we get aggression. Singapore certainly has no lack of hardcore, post-hardcore and metal bands.

Why, in between 2005 to 2008 I was myself involved in the thriving punk rock/post-hardcore scene as vocalist of Synonyms For Execration (please don’t Google us, it’s embarrassing). You can still see some of the surviving bands from that scene today - Kate Of Kale, Caracal and A Vacant Affair to name a few. 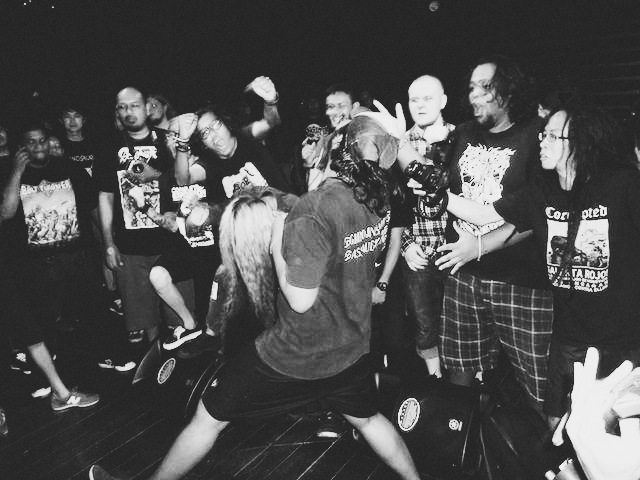 The metal scene here is no different, with local grindcore band Wormrot being the most successful; they're currently working under English label Earache Records alongside legendary metal bands Napalm Death, Carcass and Coalesce.

Raised in such an aggressively competitive environment (RE: Our education system) would undoubtably place us in a similar mindset. Some displace their aggressions into creating music, and like I said before the music reflects the state of mind and state of environment we were brought up in. This may not be true for all but this was certainly applicable in my younger days, screaming my lungs out for all to see and behold.

Our experimental music scene speaks volumes of what we Singaporeans are able and willing to do to reach greater heights. We’re willing to push the boundaries of sound, willing to defy conventions. Of course I can’t really say that about our society and governance as a whole (rigid, formulaic, etc etc), but it says a lot about how our intellect has grown and changed over time. We as individuals have become sophisticated, worldly and self-aware. Why stick to safety anymore? 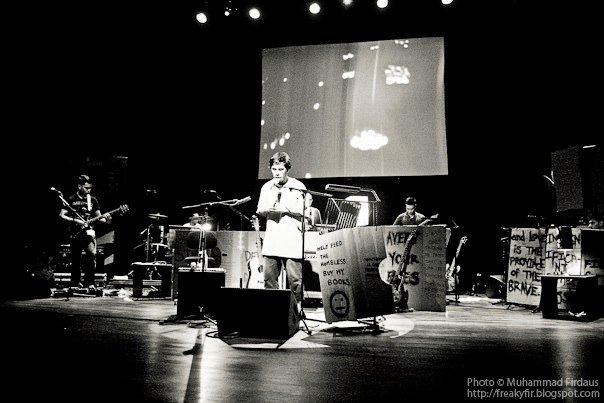 Progressive rock band B-quartet champion this notion. They’re distinctive in their style of music, not restricted by genres and labels but instead play music according to what their creative capacities can express. Their live performances comply with their taste for individuality, with cardboard props and multimedia projections. Electronica outfit MUON are also no strangers to individuality, crafting elaborate electronic soundscapes that would fit perfectly beside jazz, trip hop, and ambient pieces.

The key here is progress. We as Singaporeans should know what this means - breaking down barriers, erasing boundaries, fusing all the elements that we love into one ambitious equation. Hey, there’s a reason why our food tastes so damn good.

We Singaporeans are at heart sentimental people. Jonathan Chan of Plainsunset has even gone to the extent of writing The River Song in an ode to the life and landscapes of Singapore. Inch Chua croons how “I wouldn’t trade my stay” in her song Red Dot (off her Wallflower LP).

Either we know it or not, we’re all deeply rooted in this country, no matter how many conversations with friends and Facebook political commentary we carry out regarding the “miserable state” of our country. 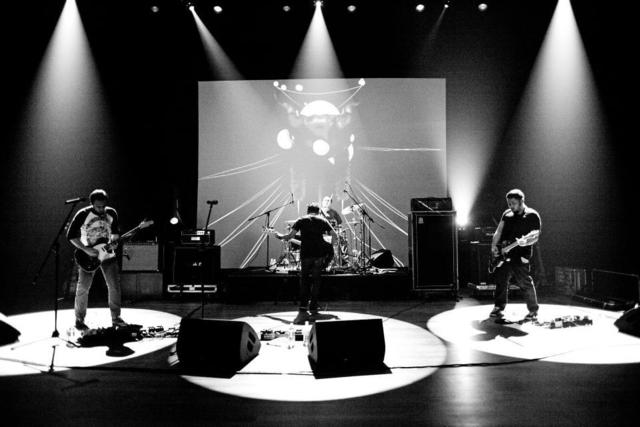 Wistfulness, I believe, is what stands out the most in our music; they tend to lean towards the nostalgic, contemplative side. I Am David Sparkle are such masters in creating hypnotizing, pensive music, using soaring melodies and dreamy ambience to make listeners step out of reality, if only for a while.

In fact, so many of our musicians are surprisingly adept in creating melancholic, ambient soundscapes, that can be at times overwhelming. Most of them actually remind me of listening to Burial (but much less depressing), a post-dubstep musician from UK. Perhaps it is due to the similarities between the landscapes of Singapore and London - a dense concrete jungle filled with urban monuments, lonely street lights, and quiet pavements along rows of apartments. It’s the perfect soundtrack to listen to on a lonely subway ride back home late at night.

So what is the Singapore Sound? 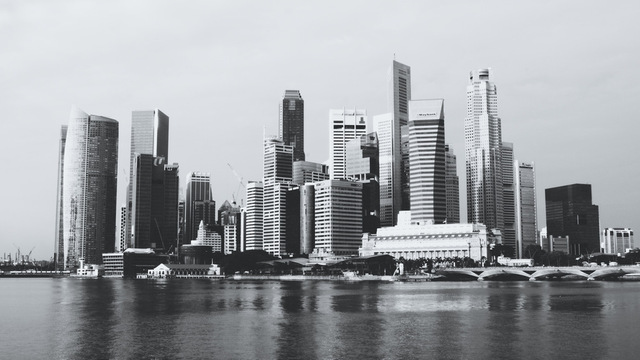 It’s made out of layers of individuality, coated in a complex combination of sophistication and bittersweet introspection, stitched together by fierce passion.

We could use I Am David Sparkle’s track Machines (off their Swords LP) as a metaphor for the Singaporean everyman lifestyle. It fluctuates in disposition, it dwells in nostalgia, skirting around old regrets - but overall there exists that definitive hope that everything must go on and everything will be just fine.