Words by
Photography by Lush99.5

I don’t want to talk about ratings, licenses or revenue.

My objective is to express why I personally think a station like Lush 99.5FM is valuable in the Singaporean context. I want to acknowledge that my opinion will be biased as a musician and manager of the station. This piece comes after Lush launched the #iListenToLush campaign, which you can find on all social media platforms by searching the hashtag.

The goal of this social campaign is to find as many listeners of Lush as possible following the station’s license being up for review, after low listenership numbers in the last radio survey. If you are a Lush listener, I would appreciate your participation in the #iListenToLush campaign as it is crucial.

I consider Lush valuable for these reasons:

1. There's an enormous increase in performance and creation of original music content by Singaporean artists

The genres are primarily indie and electronic in nature, and in large part this also reflects shifts in global music trends moving away from formulaic/pop formats. This shift can be attributed to advancements in technology and skill, which enables creators to create more independently and economically, as well as the impact of the internet as a tool, which allows individuals to essentially become their own medium.

The support systems for Singapore-made music are still developing compared to established markets around the world but the quality of content by creators is at a stage where it is globally competitive. In order for this development to advance, mass media must play the role of amplification.

In conjunction with streaming service Rdio, Lush99.5 launched '50 Songs in 50 Days' which celebrated the best of Singapore's music scene, in the spirit of the SG50 festivities.

While Lush might be “indie” in its classification of radio format and “niche” in terms of its cumulative reach, it is still a part of mass media. If the majority of content being created by musicians does not fit the pop, classical, classic or adult contemporary radio formats but does so on an indie/alternative format, then Lush is a key vehicle in the amplification of exposure for said culture.

The renaissance in local music is not a new occurrence. It happened in the 60s with talent competitions on TV, in the 90s when 987FM used to break local songs on-air, and in this present time.

...I also think about the future of this creative community and what should be done now so we would have built the foundation for a scene to transform into an industry in 5-10 years.

If a station like Lush exists at this point in our culture that puts good international content alongside good local content seamlessly, creating a spotlight on Singapore artists through various programming avenues, I believe that this enables the existing and potential new creators to feel inspired, supported and eventually assists to sustain creative development.

Some people feel that Lush is ahead of the curve but to me we are doing what should have been done 10 years ago. As the manager of Lush, I also think about the future of this creative community and what should be done now so we would have built the foundation for a scene to transform into an industry in 5-10 years. Know that it requires not just Lush and that it would be hampered if Lush ceases to exist. 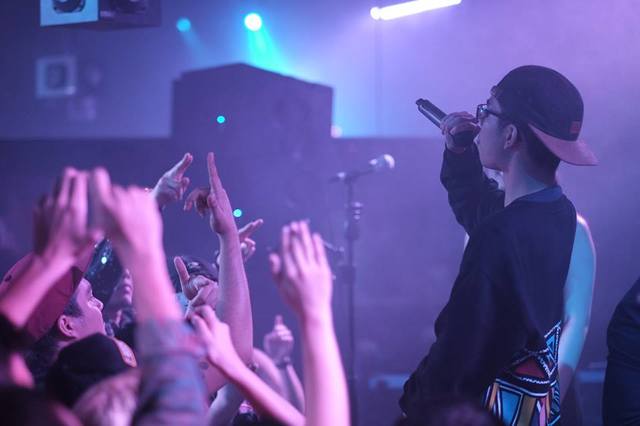 With the help of Zouk, Lush99.5 hosts a monthly showcase in Velvet Underground featuring Singaporean acts. Their most recent edition featured a Beat Invitational curated by electronic collective Syndicate, which had promising young acts like hip-hop group Mediocre Haircut Crew and electronic producer Yeule among others.

It supports local art, which is why we have programming elements that deal specifically with profiling various creative events and community members.

The relationship between art and happiness might not be clear to some people but it is crystal to me and it informs my decisions as a manager or artist. In the past, art in various forms was not encouraged because it was not considered a practical career choice in the Singaporean economy.

Fast forward to the present time where to be considered a “developed” country you must have a vibrant art/culture scene, and various members of the creative community have made a viable career out of their art form. People don’t look down on art as much as we used to and many even feel, according to the last results of the NAC survey on the arts in 2013, that art enables them to express their thoughts, feelings and ideas, allows them to be more creative, and it improves the quality of life for everyone.

As a child, music was very normal in my family because my father and most of his brothers and sisters could all sing (and very well), though they never made a career out of it. I was allowed to pursue theatre and music, get a diploma in Mass Communication — even though law or biomedical sciences would have been more prudent — and supported in my choice to make music or become a radio DJ.

I am grateful my parents were progressive and open-minded enough to be that supportive and also encouraged that it seems like they aren’t the only ones in the present time.

For the others who might not understand art, I always explain it this way:

3. All of us have the ability to be creative

The only reason you don’t think so is because you were not encouraged to continue to practice in your art unlike someone like me, let’s just say, who has been practicing art since I was 12 (I am now 33). If you don’t exercise, you get fat. Think of art in that same way.

Art saved my life. When I was a teenager I got into some very destructive relationships, one of which resulted in the desire to take my own life. When I failed, I was left with a lot of very negative emotions that I would not have been able to get past if I had not been able to express myself through words and music.

I have never succeeded in making a viable career out of music, but I would not be able to cope if I could not create or experience art. 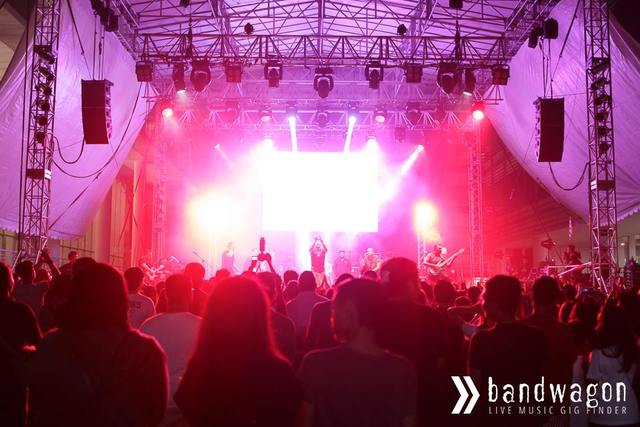 That last part about experience is important. Even if you never understand the ability of sustaining your happiness through drawing, painting, singing, dancing, acting, writing, there’s not a single one of us who hasn’t experienced some form of consolation in either watching a movie, listening to a song or looking at an amazing piece of street or fine art. Heck, these days even posts on Facebook or pictures on Instagram can provide some kind of comfort or inspiration.

Art is not a cure to all the world’s problems but it is one of the most inclusive tools of inspiration and one of the healthiest coping mechanisms there is in a time where there is plenty of ugliness. I believe that the practice or experience of art can lead to answering the existential questions on meaning and purpose.

That’s pretty much all I wanted to say at this point so I’ll end it here. If you’ve managed to get to the end of this – thank you for your time.

This was originally posted as a Facebook note on Vanessa Fernandez's personal page. The views expressed in this article represent her own and do not reflect Mediacorp or any of its properties.