Going to a music festival is akin to a pilgrimage. It is our own personal holy expedition to experience live music in an large-scale setting, paying respects to our chosen musical deities with other musical acolytes. The stage is our shrine, our claps and cheers the prayers. Divine enlightenment is when we reach that zone, that magic moment when you feel the music reverberate through your physical being.

We go for the very essence of actually being there; it’s an experience of togetherness and unity with thousands of other like-minded people, hanging out and enjoying the same shows at the same time. Basically why we go to music festivals is for the experience -  the smiles of friends you’ve never met, the gathering of our favorite musicians in one place, the drunk/high people dancing indiscriminately, the unrelenting, unpredictable weather, the overpriced food and drinks, that unspoken electric atmosphere, the sun setting into the horizon as your favorite songs are being played in front of you. Our personal take-aways from the festival is what makes it special.

Music festivals can have all the renowned international acts they want, but the good ones must select ‘experienced bands’ as headliners. They’re the bands that HAVE to be seen live; physically watching their performance exceeds everything you’ve ever heard or experienced in their studio albums. Solitary experiences count for nothing when concerts of this intensity should be a shared affair. 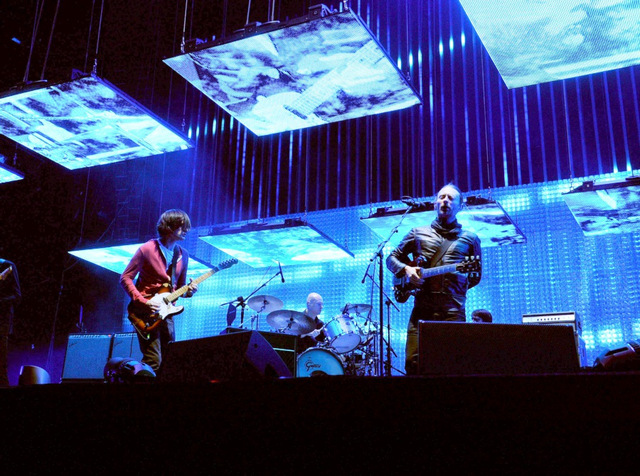 Radiohead’s live shows have always been visual spectacles, especially so in recent years. Huge, monolithic LED screens form their backdrop, displaying dazzling colored visuals evolving along to the music. Several more screens hang from the rafters, interchanging in position and flitting between visuals of the band and light shows. Even “Everything In Its Right Place” doesn’t have a rightful place (sorry, bad pun) on stage - how can all the bizarre vocal effects, echoing distorted samples and odd time signature be replicated live? Radiohead manages, and the song takes on a more surreal note when played live with Thom Yorke’s chopped up vocals looping and decaying even after all the members have left the stage.

Arcade Fire’s sets leave you overwhelmed. They’re an immensely theatrical and euphoric experience - an explosive riot of people, color and passionate choruses. The band breathes fiery life into their already vibrant songs when they perform on stage, a difficult feat for any musician. And I don’t even have to describe Sigur Ros concerts, you should already know how deeply moving their live sets are. 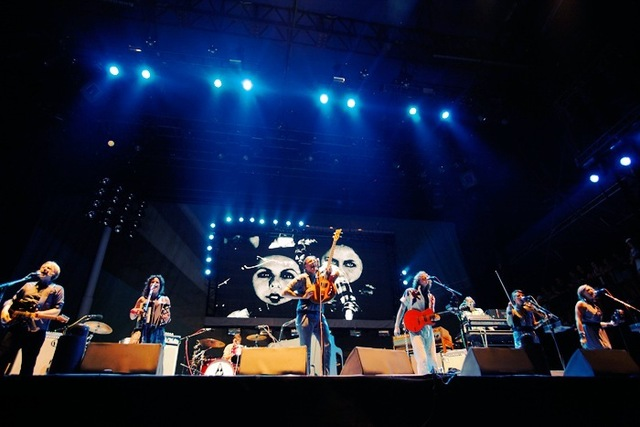 Event organizers acknowledge these talents by saving them for last. Nothing beats ending the music-filled day by watching these experience bands.The last band of the festival should be good though - Laneway Festival Singapore made the right choice earlier this year by ending with M83 but not so for last year with The Temper Trap (they’re a tad boring in my opinion). 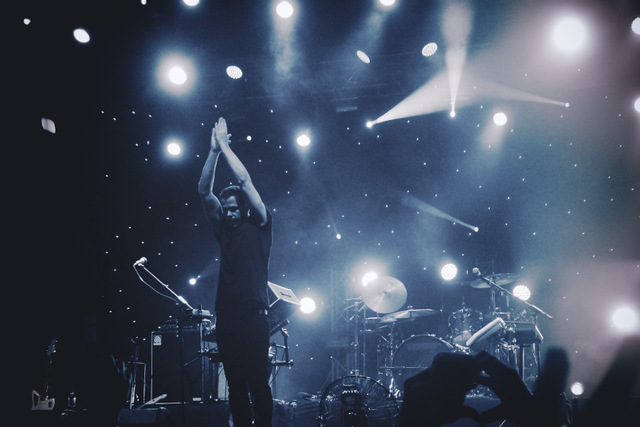 Music festivals should also never forget the smaller acts, the indie favorites. Up and coming acts and buzzbands often have a relatively small yet loyal following, and there’s always some people who want to check them out. Pitchfork included the intensely acerbic hip hop collective Odd Future in their 2011 music festival, an appropriate move considering that the site was mostly responsible for their rise to fame/infamy. The thing is, these up and comers always put on the best shows because they want to make a good impression. 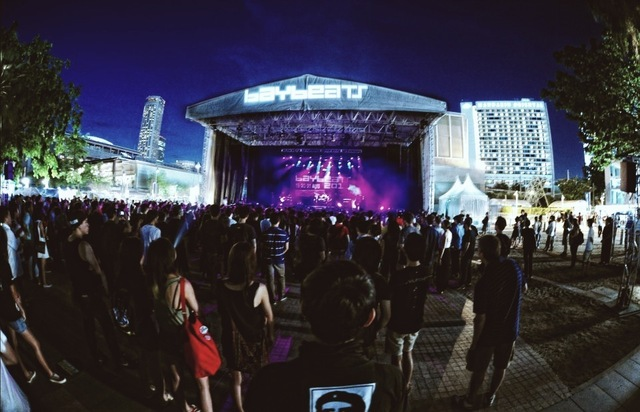 Music festivals are the best time for these artistes to build up exposure to the masses and experience in performing in bigger, more popular venues. Baybeats exemplify this by putting together fresh new bands and the more popular ones into the same lineup, ensuring that both receive the same amount of publicity. In the end, we as the audience benefit as well - we’re able to watch and potentially be fans of new acts while at the same time enjoy our long time favorites.

Speaking of including relatively unknown music outfits, I strongly believe music festivals here should strive to promote and integrate local acts into their lineups. Laneway Festival Singapore would have been undeniably more awesome if our local rosters were sharing stages with the well-established likes of M83 and Foals. The inclusion of regional and local favorites can distinctly add character and make us actually feel proud of our local talents. Sure you can argue that you paid good money to watch the proper big bands. But surely there’s nothing wrong with sparing a small fraction of festival time for our own musicians. Have some sense of community, guys.

Uptothesky Festival and The People’s Party did carry out the whole local act integration thing, and rather successfully I must say. Which comes to the point of size: would you rather have a big festival or a boutique one? The big ones have the advantage of sheer quantity of content, allowing for a massive variety of musical artistes of different genres. They’re usually held over a few days and have different stages in order to fit more bands into a shorter time frame. But then again comes the hard decision of choosing who to watch - do I catch Bon Iver or Godspeed You! Black Emperor? Radiohead or A$AP Rocky? Coachella came up with a solution to this by having their festival over two weekends but to me that just dilutes the whole idea of coming to see live music. The magic just isn’t there if you already know what the bands are gonna be playing and doing. 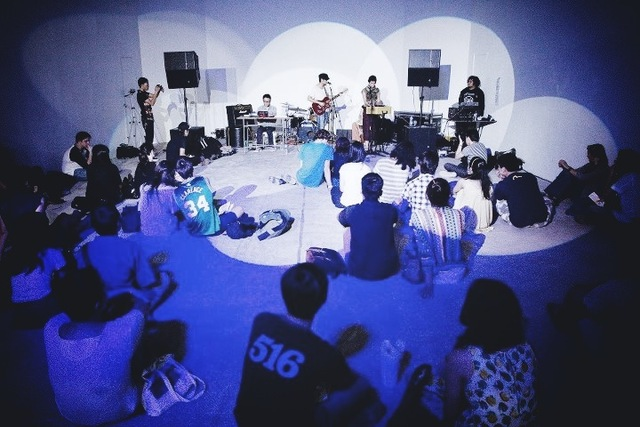 The small festivals on the other hand are usually low-key but if crafted right, could establish a far more superior quality and experience for it’s attendees. Generally they’re a bit more tighter in terms of musicianship - only the guaranteed select ones are chosen to perform. Of course some of these festivals may be small because they don’t have access to a bigger budget and other aspects may suffer. The sound systems for example could be on the screechy feedback-y side, or run by incompetent sound engineers. It’s either a question of quality over quantity or vice versa. The exceptionally rare ones will have both.

Event organizers have the choice to either create a specialized festival that appeases only to niche crowd or one that pleases a wider range of audiences. We here generally have a wide variety of festivals to go to. There’s Baybeats for the young/adolescent crowd, there’s Mosaic Festival for the jazzy/'atas' types and then there’s the Rock & Roots Festival for old people (sorry for the stereotypes). This is a good thing by the way; the fans of a specific strain of music don’t have to suffer the sights of non-lovers of that genres. Hipsters/scenekids at Laneway Festival don’t have to contend with Beliebers and other lamestreamites.

The thing about good music festivals is that they are usually not all about music, although it should be the main attraction. Look at all the legendary festivals from around the world. SXSW, Bonnaroo, Coachella - they’re all not just simple music festivals; they’re art festivals. Attendees would obviously head down for the music stages but on the side when they want to take a break there’s other stuff to do and look at. SXSW has its own film festival, drawing a multitude of creatives and fans alike to view new independent feature films and shorts. Bonnaroo has its various activity tents like comedy tents where the witty likes of Flight Of The Conchords, Jimmy Fallon and Zach Galifianakis have performed. Coachella has its sculptural art pieces: colossal and colorful structures standing grandlyin the open Californian desert.

These kinda extra-curricular activities, although optional, really adds to the experience of music festivals as a whole arts movement thing. I really enjoyed UptotheSky Festival because it was more than just a time and place for us to watch live music; it was also a time and place that supported and displayed other creative exhibitions. Where/when else could you attend Vincent Moon’s video screening, appreciate some beautifully printed concert posters by Rock!Paper!Poster and then watch Deerhoof rip the stage at night? 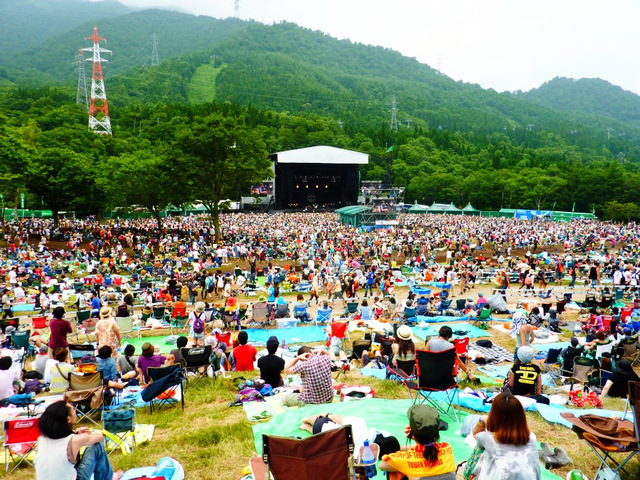 The location will sometimes determine just how much we’ll enjoy the festival. Fuji Rock Festival used to be held at the base of Mt Fuji, but has been held at the Naeba Ski Resort in Niigata since 1999. I would imagine that either location would be similarly breathtaking for the festival goers who will this year be enjoying the cool weather while watching Toe (I freakin’ love Toe) and Explosions In The Sky (I freakin’ love EITS too) play on stage with the stunning backdrop of Mount Takenoko. 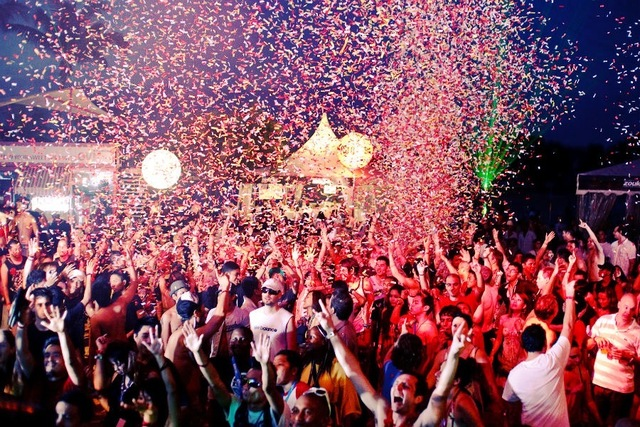 Likewise, Siloso Beach is a mint place to hold a massive overnight beach party such as ZoukOut’s. If ZoukOut were to be held anywhere else, it would seriously suck. Regular party cats would want to feel the sand between their toes, wear light clothing (AKA as little as possible), get seriously sloshed and dance from dusk to dawn to the heart-pounding beats and bass from world-class DJs. Creamfields UK is another specimen of a brilliantly located outdoor dance music festival: a 3 day electronic music fest also popular for its muddy fields and the obvious episodes that ensue in such environments.

Undoubtedly location is a major aspect that crafts the atmosphere of the festival, and the smart ones will always pick the venues that would invariably enhance the comfort and character of their music festival.

So what is the most important feature of any good music festival? 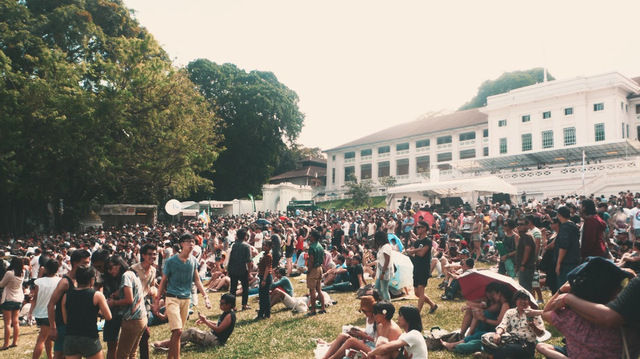 A collective of 'yous', the passionate music lovers willing to brave out the sun, the rain, the avalanche of mud and other apocalyptic events just to catch a glimpse of your favorite artistes live. You’re the one to hype up the event and would travel across oceans just to be at the festival and experience it all. You make up the crowd, and you’re the only reason why they exist in the first place. No you = No festivals. So make sure they keep on existing.

What do you think makes a good festival?