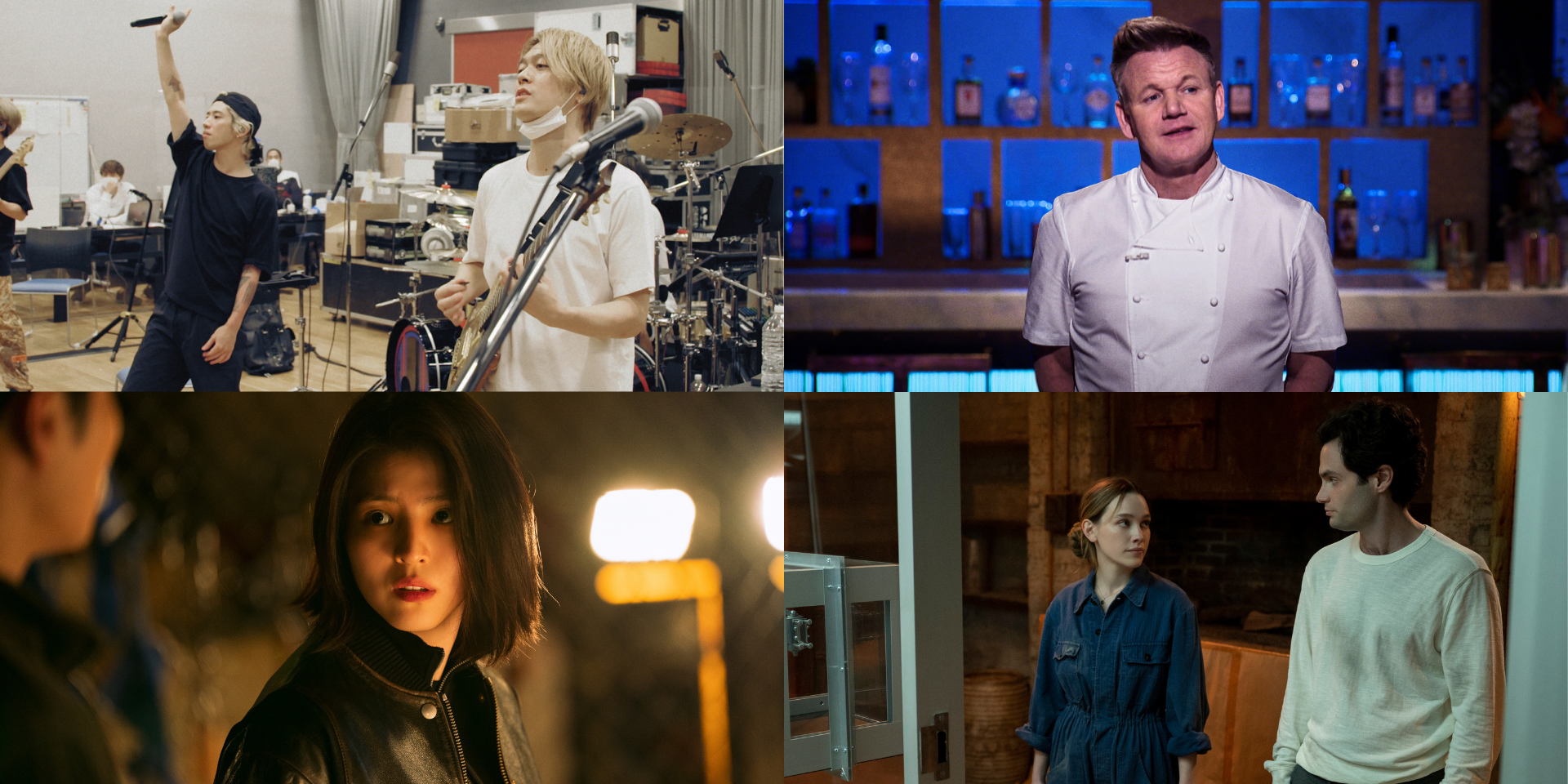 Netflix has announced its full lineup of incoming shows for the month of October!

From the return of familiar favourites such as thriller series You and cooking reality series Hell's Kitchen, to the addition of all-new films like There's Someone Inside Your House, there's a whole lot in store for the upcoming month. Get your popcorn ready for it's time for a binge-watching marathon!

Without further ado, here are some of the new titles coming to Netflix this October. Our favourite serial killer makes a return in the third season of the popular Netflix original You. Played by Penn Badgely, this season sees Joe Goldberg attempting to start a family with his partner Love (Victoria Pedretti). As with the show's previous seasons, be prepared to expect the unexpected. Fans of The Royal Family can look forward to Diana: The Musical – a two-hour performance centred on the life of the late Princess Diana. Filmed before it opens on Broadway, don't miss this exclusive spectacle which stars actress Jeanna de Waal. After starring in Netflix series Nevertheless, Han So Hee takes on a completely different role in the upcoming series My Name. The South Korean actress plays a daughter who plots to take revenge on her father's murderer by joining a drug cartel.

Flip A Coin – ONE OK ROCK

Filp A Coin comes as Japanese rock band ONE OK ROCK's latest documentary, which follow the band as they prepared for their 2020 livestream concert. Fans can look forward to behind-the-scenes footage, interview clips with the band, as well as a glimpse into the members' private lives. Get ready for another season of epic food showdowns, tough critiques, and bonding in the kitchen from the participants of Hell's Kitchen. Starring celebrity chef Gordan Ramsay who's not afraid of voicing his opinions, this cooking reality series is anything but dull.

There's Someone Inside Your House

Just in time for the Halloween season comes a new horror flick starring Sydney Park. The movie tells the story of a group of students in Osbourne High School who try to stop a mysterious killer. As secrets are revealed and lives are lost, viewers are sure to be on the edge of their seats watching this film.

Check out the rest of the titles coming to Netflix here: