We’re a bunch of history nerds here at the Bandwagon HQ, always nostalgic, always romantic for things from the days of yore. Things like the Power Rangers, Moses Lim, boxy TV sets, school uniforms, Pyramid Game, hosts of Pyramid Game, Lime magazine and of course music from the era. We’ve (kinda) graduated from it already but sometimes when the day is slow and the mind is idle, our thoughts drift to the good old days. We hope you are all curious too, because here is the first of our Where Are They Now? series. 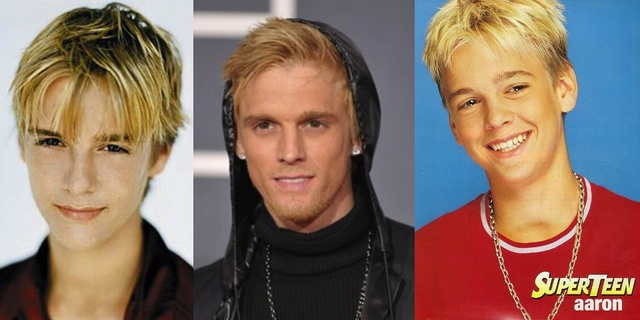 THEN: Brother of famous Backstreet Boy member Nick Carter, Aaron also totally had a career of his own. With hits like “I Want Candy” and “Aaron’s Party (Come Get It), this baby bro was quite hot property – he got Hilary Duff and Lindsay Lohan fightin’ and hatin’ and love trianglin’.

NOW: He stopped making music for a while, tried his hand in film, was on a short-lived reality show with his family, had a short-lived engagement to a former beauty queen, was on Dancing With The Stars in 2009 – well you can say his teen superstar/heartthrob status didn’t last very long. Nowadays, you can find him trying to kickstart his singing career again, making cameo appearances in B-grade TV shows and doing one-off performances (he’s still singing “I Want Candy” at age 25). 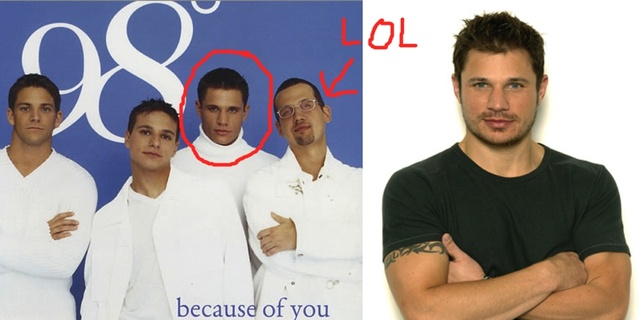 THEN: Ah 98º. For research purposes, I watched an E! Entertainment documentary on boybands (v. educational) and man, these guys are legit. Slightly older and older looking than the other generic boybands around the time, they signed on with Motown Records who from demo tapes did not know that they were not African-American until they finally met. But with focus on Nick Lachey, besides the obvious ‘he can sing’, do simple choreography, stare intensely into cameras and dated/married Jessica Simpson, he is also the king of jacked dudes who wore tight turtlenecks. Whoa, loaded.

NOW: He is a dad now, but not with Jessica Simpson. That relationship went to the doldrums and he averted his romantic commitments to Vanessa Minnillo (former MTV TRL host). Not really in the showbiz anymore, he too dabbled with television post 98º, hosting, small recurring roles but also recently released an album this year (A Father’s Lullaby), inspired by his son. How sweet. 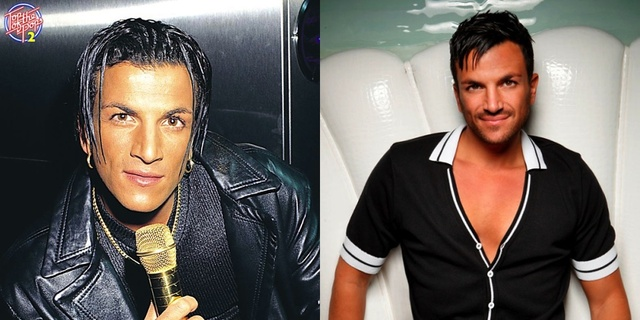 THEN: Nobody knows how they remember Peter Andre but he was there all right, he was around. While Nick Lachey was the king of jacked dudes in tight tops, Peter Andre was a jacked dude always sans shirt or with an unbuttoned shirt or just showing off his chest. Still, he had a bunch of catchy hits like “Mysterious Girl” and covered “Kiss The Girl” from Disney’s The Little Mermaid. He was also in a highly public long relationship with glamour model, Katie Price. Was. It’s all over now.

NOW: A persistent one this one or all the years with fame-hungry Katie Price has rubbed off on him. Peter Andre has relentlessly tried and tried again to get back to his chart-topping glory days but progress has been rather mediocre. In fact, his last album Angels & Demons was released last year. To attempt to keep relevant, he has appeared in a slew of reality TV shows, both about his life and also ‘celebrity’ guested game shows. 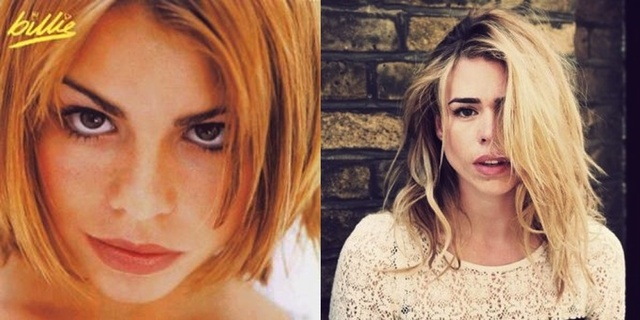 THEN: In a time where teenage superstars were rampant, Billie Piper’s singing career almost went unnoticed. She kept her songs saccharine, singing lines like ‘honey to the bee, that’s you for me’ and other friendly pop fodder like ‘Girlfriend’ and ‘She Wants You’. Stopped her singing career in 2001 to focus on her original passion, acting. Girl became more successful than ever in her most famous role – as Rose Tyler in the reboot of Doctor Who. I cried buckets at her last appearance in the series.

NOW: Still going strong in acting, she has picked up a bunch of accolades and awards for her work on television and in theatre. Appearing in television films, Doctor Who, The Secret Diary of a Call Girl, period dramas and on stage, her career seems to be doing well. Well-adjusted post-pop phase, no controversial history, no scandals, in a happy marriage with two children. Splendid. 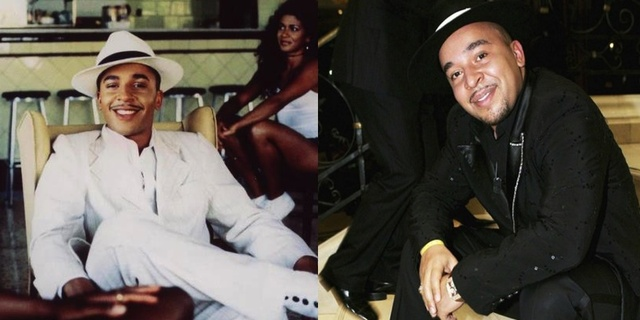 THEN: Did you know Lou Bega is German (with Italian and Ugandan descent)? Well I only just found out. This dude needs no introduction because everybody remembers that monster of a one-hit wonder on a bunch of wonderful women, “Mambo No. 5”.

NOW: Still maintaining popularity in Europe (but of course), his last album, Be Free was released in 2010. Other than that, he’s been on the low, writing theme tunes and music for children’s games and computer games. No more wanton activities with Monica, Erika and Angela for this one.