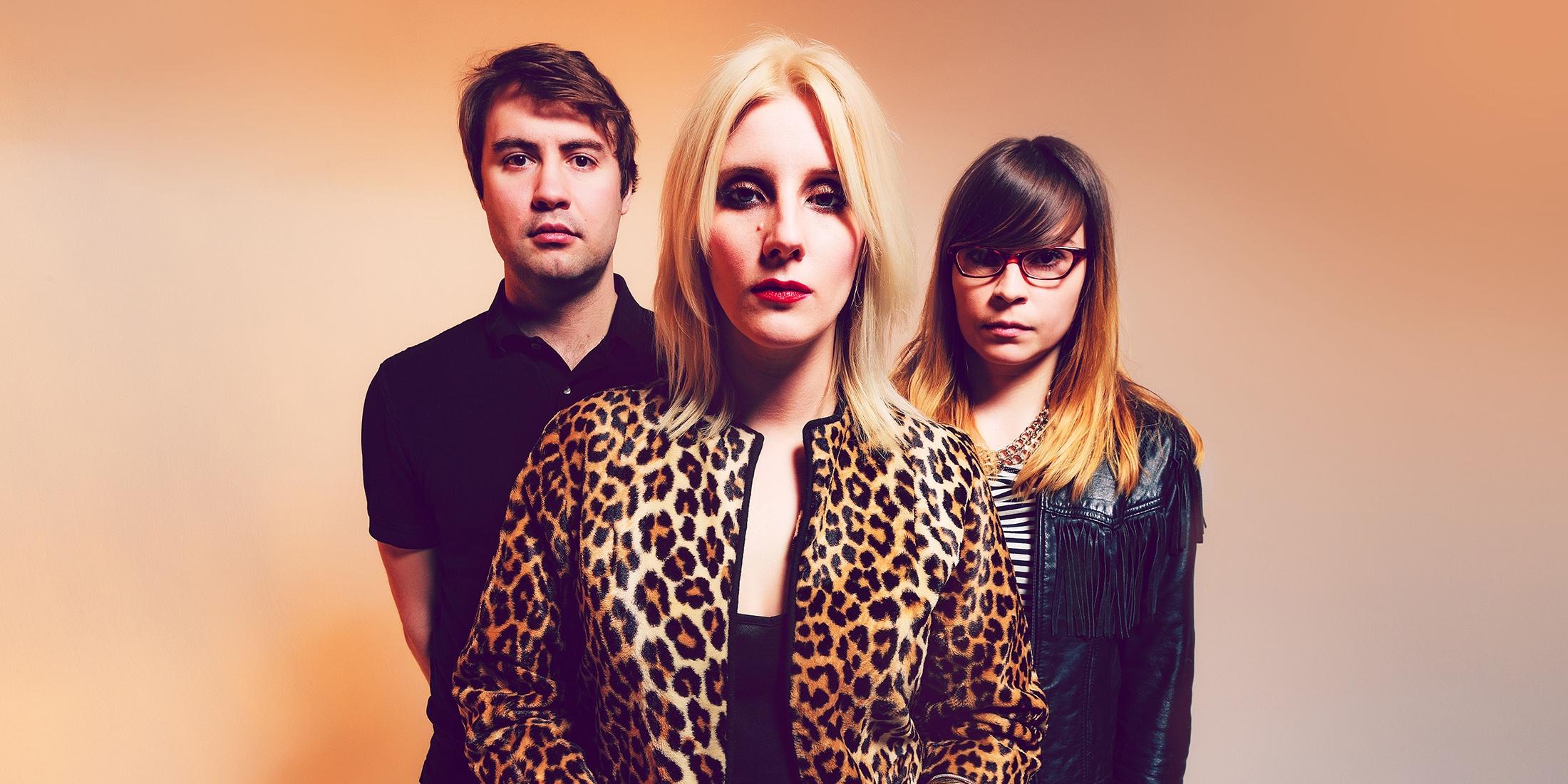 "We've never thought of ourselves as a punk band," says frontwoman Mish Way. "Our guitarist Kenny (William) has always thought of us as a pop band that plays really fast instead."

The trio have sported all the hallmarks of a punk band since their inception. They've played shows anywhere from pizza shops to rundown factories, released albums that run under 20 minutes, and feature a frontwoman who, upon first impression, seems utterly intimidating onstage — and, on one occasion, proved that to be true when she decisively kicked out a disruptive audience member from a show in 2012. “Get the fuck out of here! Don’t you dare lay a finger on me, motherfucker!" she yelled.

But they don't pretend to be your average struggling punk outfit anymore — their latest album, Paradise, has been praised by major publications as one of 2016's best rock records, and the band currently sit alongside Animal Collective and Blood Orange as members of prominent indie label Domino Records.

And yet, in the scope of modern punk music, White Lung present records that are undeniably fresh and enthusiastically daring. At 28 minutes, Paradise is still punk at heart, but it represents the growth of a band that eventually grew tired of hustling through the DIY circuit.

Beginning with their breakthrough 2012 album Sorry, they've been a band adept at writing accessible melodies, executed with the vast savagery of a hardcore punk band.

I knew that I wanted to write braver hooks, and brave to me means going "pop" because that's what I don't know what to do."

Since then, they've also experimented with guitar effects, applied subtle electronic touches and have placed a stronger emphasis on the pop side of things — a necessity as progressive songwriters and a solution to accommodate Way's vocal cords, strained from years of screaming into the microphone.

"With Paradise, I knew that I wanted to write braver hooks, and brave to me means going "pop" because that's what I don't know what to do," confesses Way. "I wanted to expand my skills and push my level; to really try and sing and get out of that comfort zone. I wanted to stretch my voice."

Paradise is the work of clever studio production — the band beefed up the sound of their guitars, and drums are given ample space to breathe and reverberate, not unlike drums on a Muse record. Way's demanding vocals sit atop the chaos, clearer than ever. 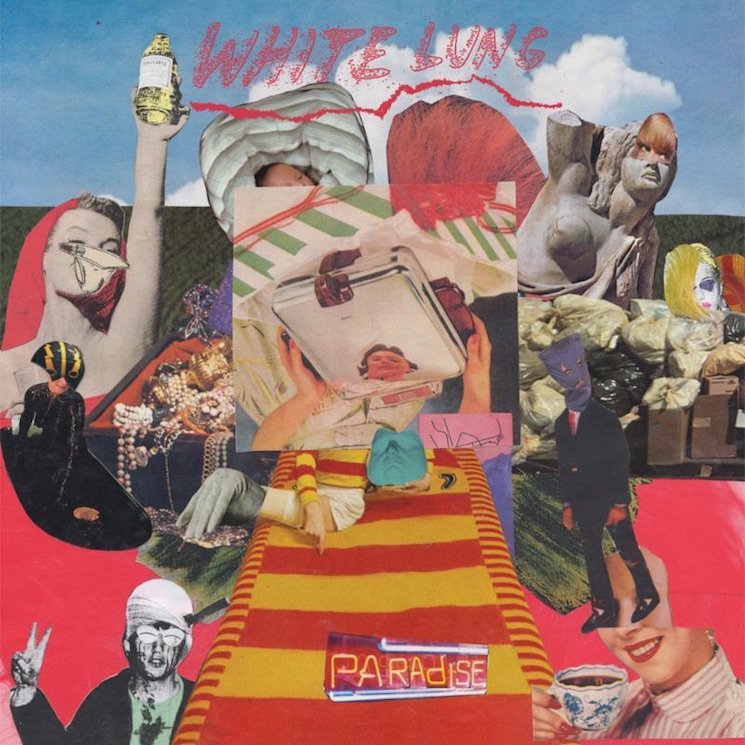 While Paradise isn't vastly different from their last two albums, Way's efforts as a greater, more prominent singer were equalled by her attempts to write sharper melodies.

"Our producer Lars (Stalfors) wanted to treat my vocals like he would on a pop record and really spend time working on these vocal melodies with me," Way explains, "perfecting everything and having it be a really important part of the album — having them sit above the mix, that was a big change."

The album's robust production also has to do with the band's slight aversion towards rock nostalgia. "Kenny wanted to experiment and manipulate with effects that would make the guitar sound like it could've only have been made in 2016," Way says. "We wanted to make a rock record that felt like it was from 2016."

As a lyricist, however, Mish has long established White Lung's thematic boldness, and it shines especially on Paradise — articulating stories that revolve around serial killers, sexual politics, and the evolving idea of beauty, the latter of which is the focus in a song that Way describes as a “Stevie-Nicks-meets-Celine-Dion ballad.”

Way is never afraid to explore the deviant and macabre — they're also regular topics of hers as a prolific journalist. "I'm interested in human relationships, whether they're unusual, perverted relationships or earnest, loving ones," Mish explains, "so that's just naturally what I am always drawn to and what I always want to read or write about." 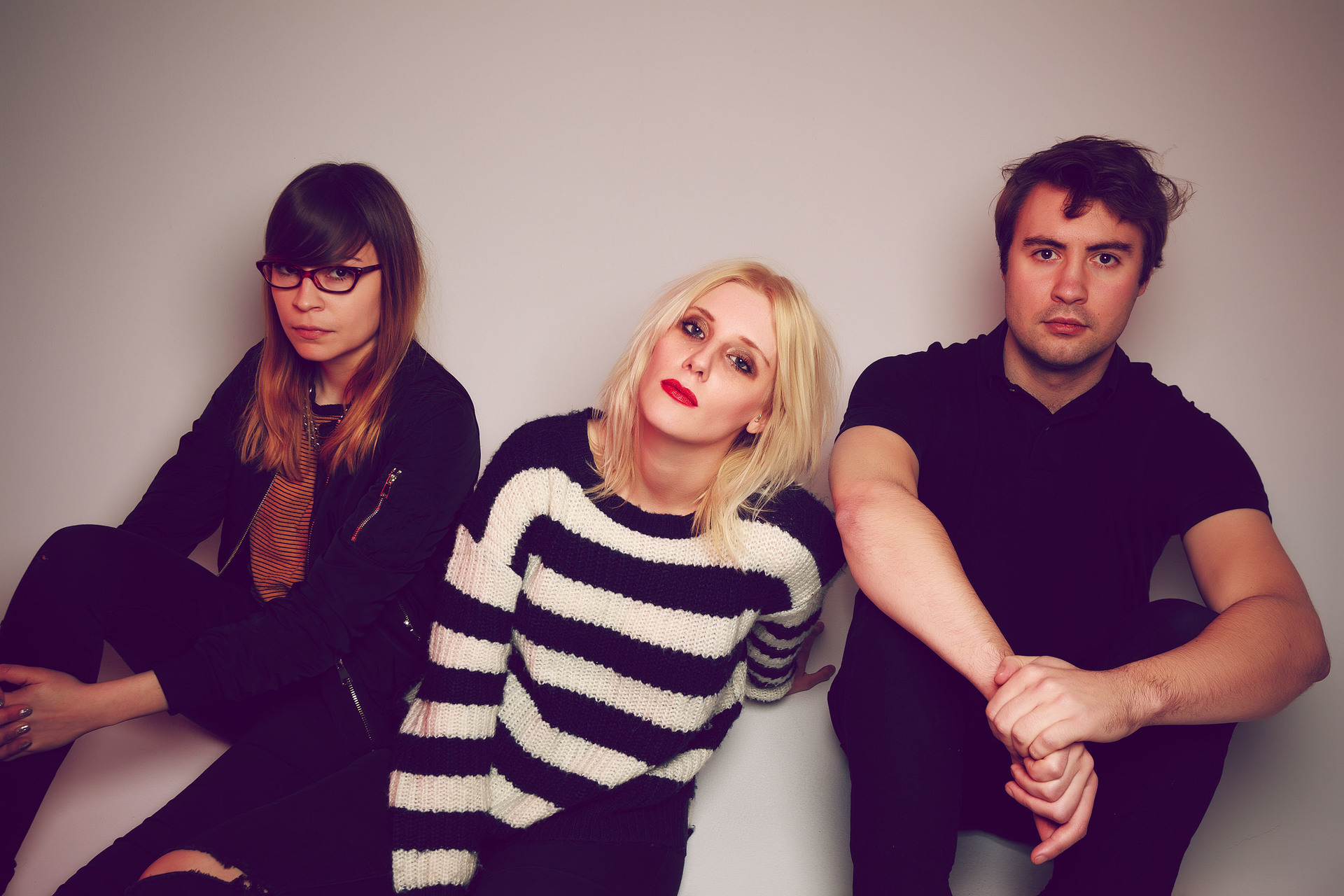 The outspoken Canadian singer, who now calls Los Angeles her home, maintains a column on sexual issues with Westender and — at the time of the interview — was in the process of securing a column with renowned adult magazine Penthouse. "I'm still talking about similar things [with my lyrics], it's just a different way of approaching the subject you've written about before a million times, but in a new way."

Despite having worked as a writer before she formed White Lung, Way considers her role in the band as "work".

Way likens the drudgery of touring to her experience as a young dance student. "I never wanted to go to those classes, but once I got there, I had a great time," she says. "So performing is still a job to me — like, before a show I think about the places I'd rather be. But when I'm on stage, I remember the things that it offers you that no other aspect of your life can offer."

White Lung's songs are — like the greatest rock bands — best experienced live, and their set at Laneway Festival should prove to be a moshpit favourite. Just don't get caught up taking too many photos during their performance.

"You don't need to take 100 photos or videos, just take one and enjoy the show!" Way says. "I think for the performer, it feels less like the audience paying attention, and more like they're trying to prove to their friends that they were at this show, for whatever reason. If you look at it that way, it really annoys me."

White Lung will be performing at Laneway Festival 2017 on January 21st, alongside Nick Murphy, NAO, Whitney, Clams Casino, Floating Points, among many others.