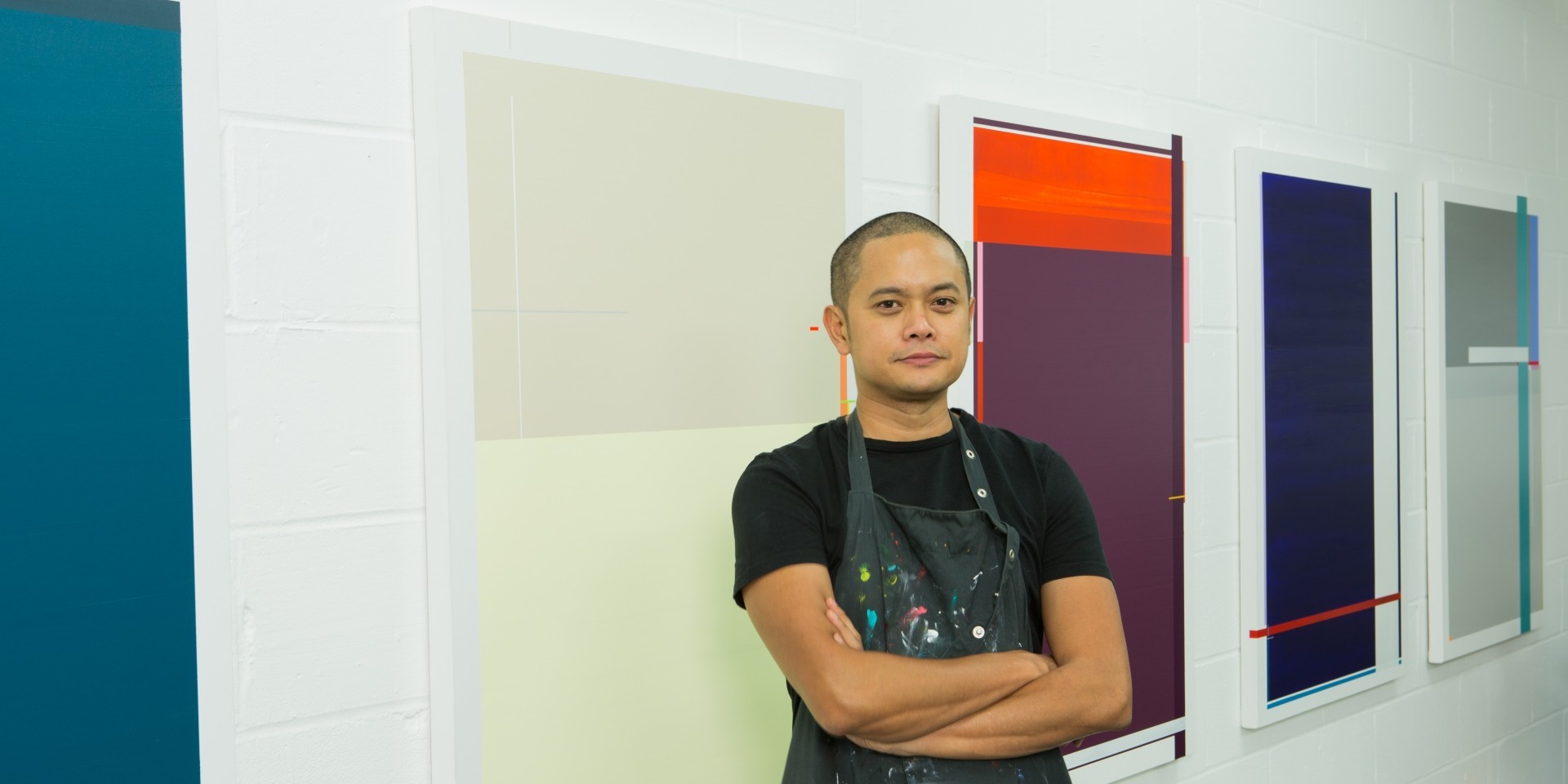 Visual art and music are the two most readily impactful and formidable engines of pop culture and Ashidiq Ghazali has a distinct handle on both. Singapore-born and, for the past eight years, London-domiciled, he is a multi-hyphenate in the truest, most dashingly strident sense of the term.

Along with established local heroes Kiat, the pilot of the cutting-edge Singaporean label and collective Syndicate, and Mr. Has, former Music Director of the Lo & Behold Group and W Hotels Asia-Pacific, and who now helms the music direction of newly opened modular venue and F&B concept Telok Ayer Arts Club, he was part of the pioneering drum and bass crew Guerrilla. The legacy of the crew cannot be overstated: It introduced underground parties into the lexicon of Singaporean nightlife and club culture. And even in the arena of hip-hop, Ashidiq’s shadow is long: As the rap duo Construction Sight, Sheikh Haikel and him have been immortalised as Singapore’s first rap group.

Since his move to London, he has become heavily involved in painting. On Monday, he held his debut exhibition silent in the petrifying silence at the Telok Ayer Arts club. Bandwagon caught up with him before that and he opened up about how he approaches the art and music that are so close to his heart.

How has being in London affected your approach to music and art?

I’ve been in London for eight years. The last time I was in Singapore was three years back. London is a very inspiring place. I hung out with a lot of artists and musicians, most of whom were my good friends who run foundations and galleries. Being around them most of the time exposed me to a lot of art shows and I was like a sponge, constantly taking in all the inspiration around me and firing myself up. That’s what happens when you’re in place with so much history.

You were in the advertising world for 16 years. What made you want to leave that behind to pursue art?

It felt like a natural progression – I was always creatively hungry. If it was not art, it was music or film. When I was in Singapore, I was always making music whenever I could, with no thought of it being a means to an end. I started painting three years ago after I went through a divorce; living alone gave me the urge to start out of the blue.

I have no prior experience in art but I love going to museums a lot. In London, I went to a lot of well curated shows and I was impressed with the abstract impressionism in Vienna. Another show that impressed me was the Alexander McQueen show I went to called Savage. All the rooms were decked out to reflect different eras of his work. I was completely blown away. 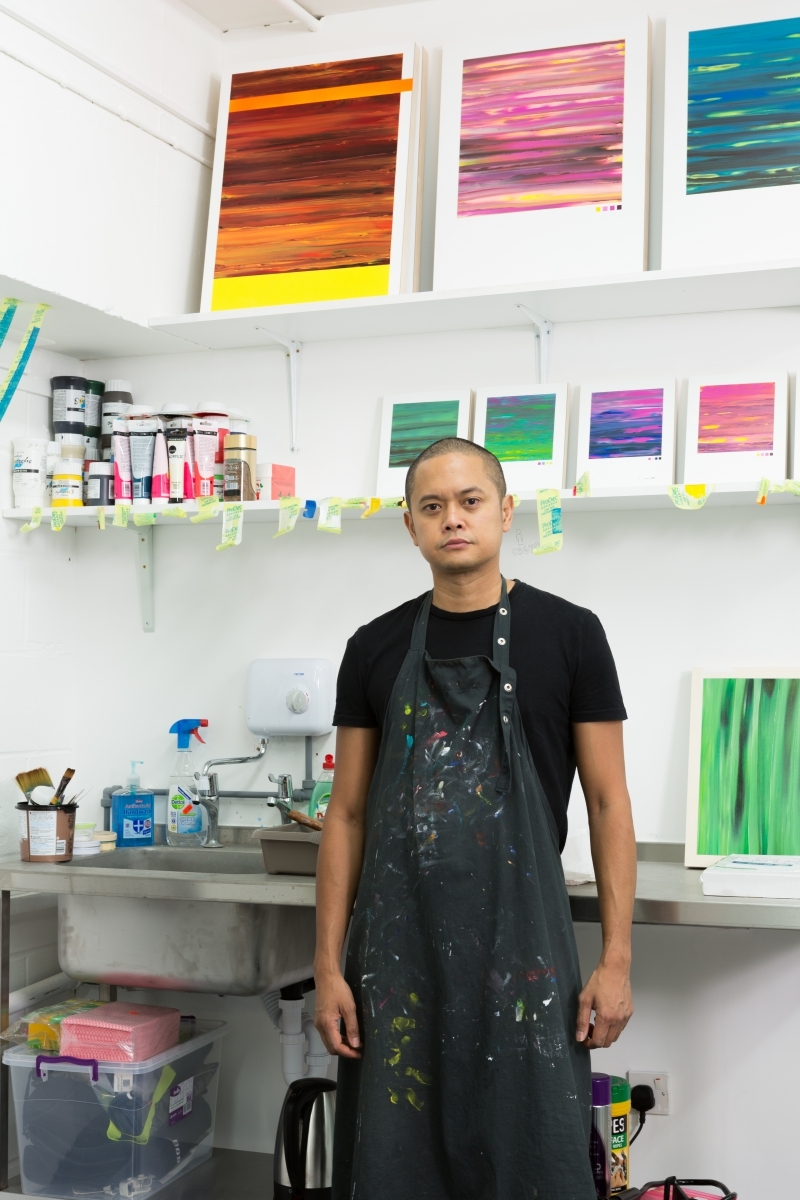 It’s know that you’re a fan of the AbEx movement. What drew you towards it?

It was the simplicity and boldness they portrayed, which provoked a lot of feeling. For example, you have to see a Rothko show. It’s like walking into someone’s soul. The lights are dim and there are huge blocks of colour everywhere. I usually only get a stir of emotion from listening to music, but I would never imagine that, art, which is 2D, would invoke the same emotions. 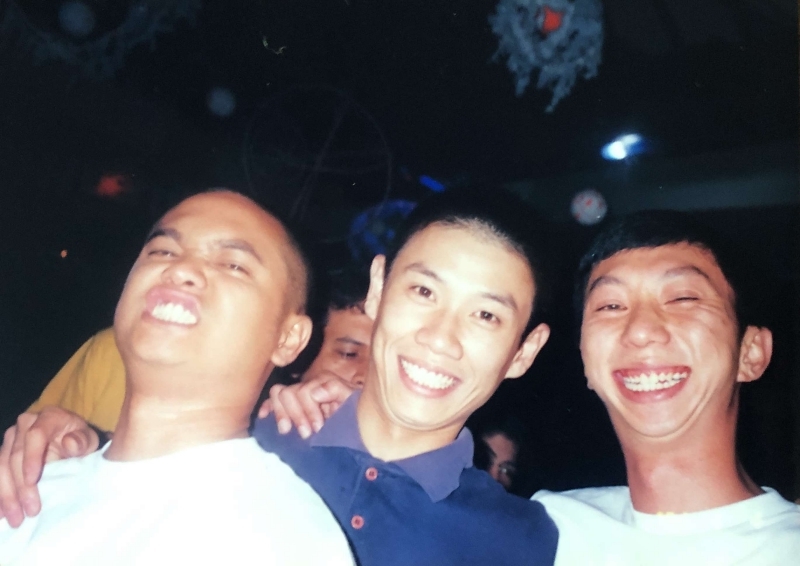 You were involved in Construction Sight and Guerrilla, two pivotal underground movements in Singapore. What do you remember about the early days?

I was so sold into the fact that I was a rapper. I thought I was the shit, you know? Back then, hip-hop wasn’t a thing in Singapore and it was easy to be famous. At the time, there was like one music shop which sold albums with the “Parental Advisory” sticker; it was still very underground. When Sheikh Haikel and I came on to the scene, we brought that swag which people picked up and it caught on quickly because it was something new and different. But even when I DJed, I naturally wouldn’t play the hits or the familiar stuff.

Why copy what’s already there when being original is its own reward?

And that was your mantra with Guerrilla as well?

The main motivation was doing what we loved. It wasn’t for recognition or money. We were just looking for places to perform, like clubs that were closing down and not worrying whether people were going to come. We would all get together and organise parties. There was this garage in Nassim Hill where a lot of artists would come together and we would DJ. We were the first to introduce underground parties as they were unheard of back then. Singaporeans are always hungry for something different, so they were very well-received and things took off from there.

You see, originality and drive are everything. For culture to thrive and evolve into something better than what came before, those are the two main ingredients. Or else, all you’ll have is stasis. 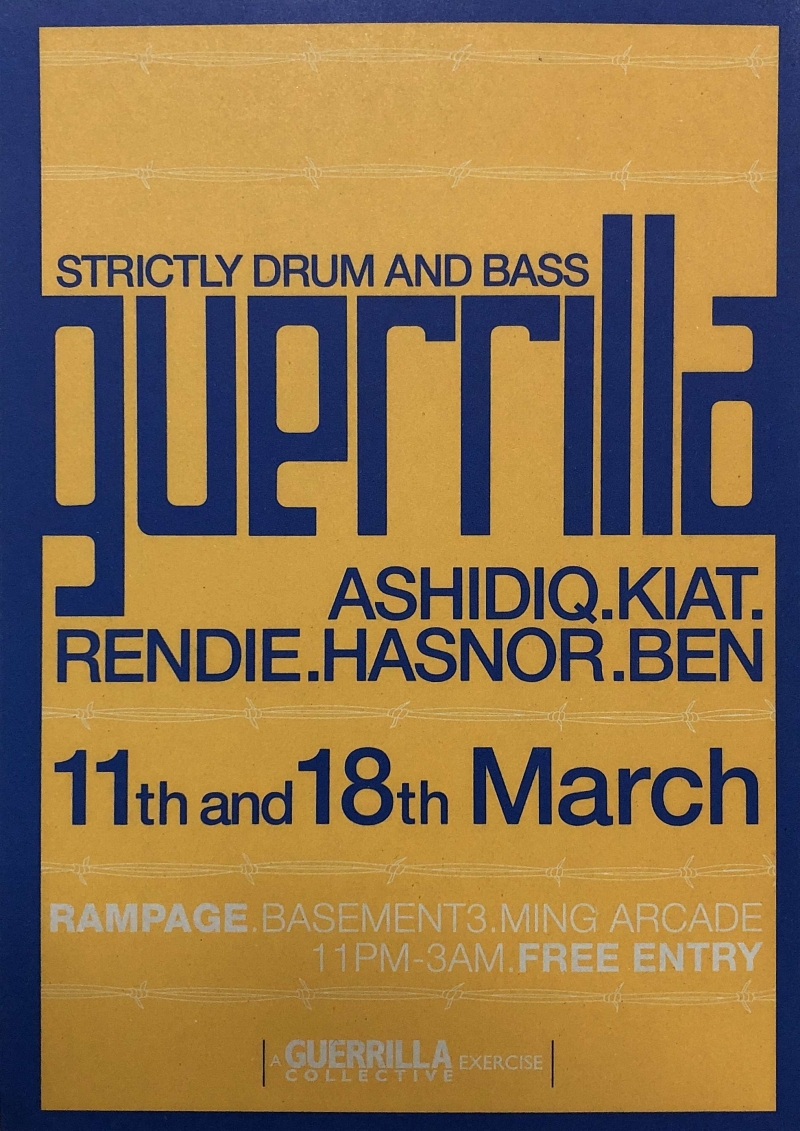 What was it like navigating the authorities, back then?

Back then, it wasn’t considered art. It was more of a performance. We were bundled in with the other musicians like Cake and Fann Wong, who were more pop-sounding and we took advantage of the situation. But one day, after performing at a shopping mall, I realised that it wasn’t what I wanted. So I decided to go to design school. 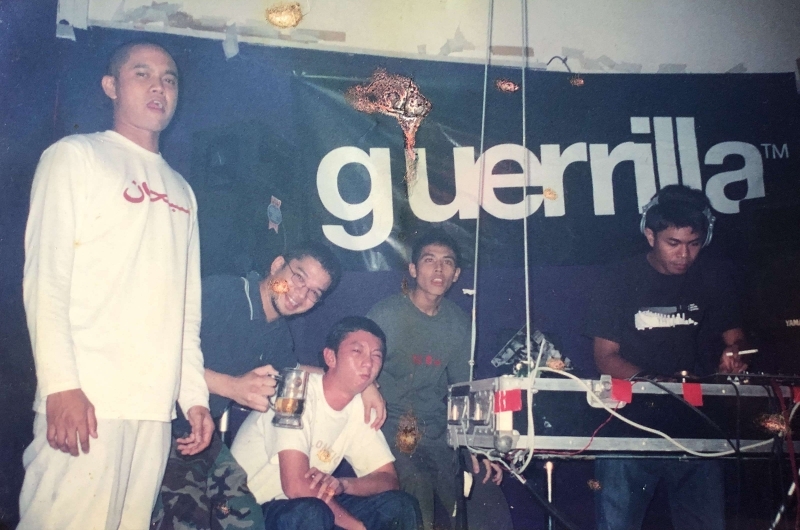 Lastly, what keeps you motivated and interested about art and music now?

The idea of unknown space. It's the creative aesthetic of it that drew me to it. A lot of other people are usually interested in something familiar because it’s comfortable. But I was always drawn to things that are alternative. This is just a part of me; it’s a very subconscious mindset. When I got out of Singapore, I realised that the music I created sounded like something familiar and I hated it. I always try to push the boundaries and put myself more into my work.