"We had no idea what we were doing. Honest!" co-founder of Livescape Asia Iqbal Ameer says of the first time he was onboard the Future Music Festival Asia (FMFA). It was understandable, the cluelessness and overwhelming feelings they would have with something as big-scale as FMFA on their hands.

Rahul Kukreja, also a co-founder of the team said, "We've done shows, yes, but we haven't done anything on that scale. But thing is, neither has anyone else in Southeast Asia." The duo shared how it was a learning experience for all the parties involved when the Future Music brand branched out in Malaysia.

"For example, we didn't realise the power of having and selling merchandise at the festival. For the first year, we actually didn't have any official merchandise, we had a lot of stock from the Australian festival but we didn't know how to push it out," Iqbal said.

Kicking off the Southeast Asian leg of FMFA in 2012, it seems that they're only getting better and bigger. Starting as a hybrid festival featuring both dance music and also indie pop acts, the now-annual festival with Grandmaster Flash, Chemical Brothers and Chase & Status all in a day, the festival developed to be a two-day affair last year and included PSY, fun., Bloc Party and The Prodigy, it has blown to a three-day festival for 2014 and will include the Grammy nominated Pharell Williams and Macklemore.

Local acts from Malaysia are also given a platform at FMFA. Rahul says, "We'll assist the local artists to put on a show, different to others they have done. Last year Kyoto Protocol had two dancers on stage and a guy with a mouse head running around, it was mad." This year we will see Dangerdisko who worked with legendary singer Sheila Majid to produce a remix of 'Sinaran' (a hit in the 1990s) that is now played in clubs in Malaysia.

Although originally an Australian product; Future Music, the Asian edition has evolved so much under the adept handling of Iqbal and Rahul to be a much-loved standalone brand as FMFA. Talking over coffee and 'Calming Spirit' tea in a nice coffee shop, Iqbal and Rahul spoke candidly about Armin van Buuren eating satay kajang, difficult artist riders, and even cleaning toilets. But as candid as they can be, the co-founders are very on-the-ball keeping up with trends and very observant about the culture and what works these days.

"We're very fascinated with the youth culture and constantly eyeing what they are spending their money on now, so if they are not buying a ticket - we have to know why. Things now are different. There's a lot more freedom with the decisions they have to make now, there's none of that I have to be a lawyer/doctor anymore. They'd rather be working in a job they love, they would rather be their own boss, they're putting a lot more emphasis on experiencing things. So what they're doing is very important to what and why we do things. We're promoters but we're also representing a lifestyle brand," Iqbal explains. 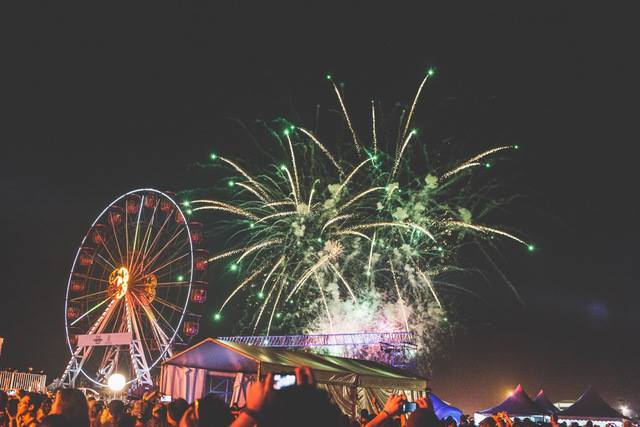 A billboard on Times Square, New York is also how these guys carry out business as unusual and also demonstrated how longsighted this dynamic duo are. Tourism, they both agree has played a huge part to the success of FMFA. Tour packages from Italy to KL for the festival, Australians even choosing to backpack to Asia for the event, Singapore being the second biggest ticket buyers and Bandwagon boss Clarence even hitched a ride from festival-goers all the way from Bahrain, Lebanon and Egypt, the first time he attended in 2012.

About business as unusual, FMFA is also known for transforming the festival grounds to a playground for the festival revellers. "We got other rides (on top of their trademark Ferris wheel) this year which we think no one else in Southeast Asia has done," Rahul revealed. What is interesting about the venue this year is the fact that it will move from the usual Sepang grounds and will be held at the Bukit Jalil Stadium, not the stadium per se but rather the grounds around it. All the carparks around will be utilised - their main goal was to encourage goers to take public transport to the grounds. "Once you exit the station, that's our entrance," Iqbal told us. FMFA also managed to get the transport operating hours to extend their services from the station for convenience of the festival goers. 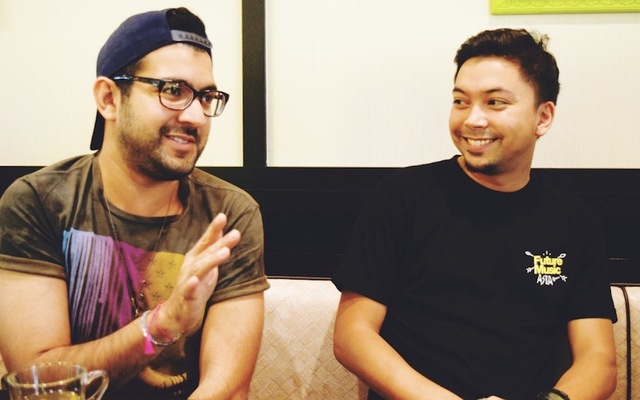 Running into challenges are also part of any operation. Iqbal and Rahul were candid about the times they were at loggerheads at each other. "It's things like deciding who to be on the lineup and settling production costs," said Iqbal. Rahul admitted that compared to the bigwigs in the region such as LAMC Productions, Chugg Entertainment and Midas Promotions, they are still really learning the ropes in the field. "These guys have way more experience ahead of them and a hell lot of crazy stories. We're relatively new guys, but we definitely have more experience now running the show than when we first started," Rahul said. Planning for the next FMFA begins as soon as the current FMFA ends. In fact, they both said they're already in talks with two "really big acts" for next year.

And then there are other things that can happen beyond their control. Iqbal shared with us the time when 30 men from the security team walked off while the festival was still going on. The reason? Not being paid by their bosses. Getting ad hoc security help meant more money, because the show has to go on. 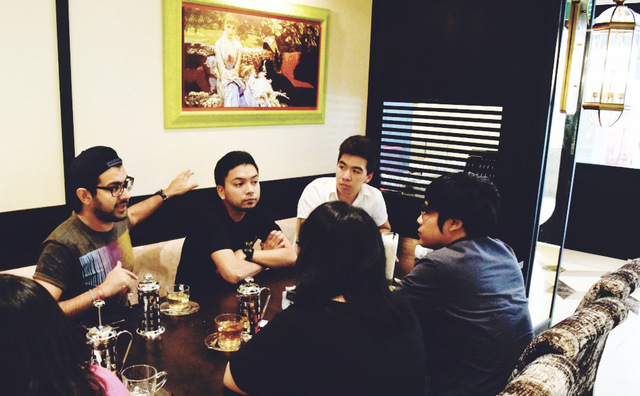 On the more interesting end, there's the issue with artist riders. According to them, they've had peculiar requests (blue cheese, water guns, European pornographic magazines, etc.) and equally strange behaviour from the artists, including coming on stage an hour late despite already being onsite. Thankfully, at the moment, the stress level within the team is still manageable they both revealed. Coming from their press conference the night before where they announced the new acts on the already stellar lineup, Rahul said that they felt a bit more "relieved."

Not everything about working in the music industry is glamorous and glitzy. Like cleaning toilets, according to Iqbal. He said, "Doing a festival is a team effort, beyond hierarchy levels, sometimes there won't be enough people to do tasks like making sure toilets are clean during the stage changes so sometimes we're on our knees scrubbing." Rahul also plays part-time bartender during the festival when they are short on staff. "Sometimes I encounter my own friends asking 'Eh dude what are you doing??' but someone's gotta get the job done," he said.

Gritty tasks aside, there is a lot to look forward to this year, they're both sure of it. Lineup recommendation? Chase and Status, unanimously. "I also really want to see Eric Prydz," Rahul chips in, "I saw Macklemore's show last year and it was a whole different thing, he is an amazing performer. The production for Chase and Status is going to be amazing. And obviously, Deadmau5."

"And you know what? The Deadmau5 rider is STILL changing!" Iqbal said. They wax lyrical about the other acts such as Rudimental, Wu Tang - who will be doing a one hour non-stop tribute of their greatest and classic hits, even pop singer Yuna who to many would seem like an odd addition to the lineup. "Yuna is going to be doing a very cool show," Rahul tells us.

Looks like FMFA 2014 is shaping up to be a really good one, when asked if this is the biggest and best instalment of FMFA, Iqbal replied, "The best yet. I don't even know how we can top this next year." He sighs and says that there's nothing else he can say. I realised that our initially 30-minute slot for the chat had crawled to over an hour, but within this hour, I had a newfound admiration for this two, and made a mental note to free up some time to make my way down to that stadium in March.

Listen to our #FMFA2014 playlist HERE: