The debate about the health of guitar music will be ongoing, whether it borders on productivity or just plain noise. Especially with the dominance of EDM music, both in the charts and pop culture as whole, it seems fit for many writers and music fans to bring up the notable decline of guitar music’s presence. Article after article will crop up and lament the death of rock music. It can be misread as another insipid ‘le wrong generation’ state of mentality but in the name of statistics, rock music isn’t exactly killing it in popularity.

We already know, popularity doesn’t always equate to quality (and in some instances, it never does). Pop music will forever serve the needs of the populace. The quality of songwriting determines if a pop song stands head and shoulders above the rest. Personal taste is irrelevant — everyone is free to like what they want and they’re absolutely not wrong in doing so. Nonetheless, judgement in quality is different, which is why the role of the music critic isn’t as archaic as some writers have suggested either.

No matter what style would reign on the charts, there is always an edge of accessibility that keeps it sitting comfortably beside Lady Gaga or Ariana Grande. It’s not about how ‘popular music = dumb’, it just has to appeal to as many people as possible for it to actually sell well. No matter the style, there’s always an underlying similarity between songs on the charts — and it all boils down to songwriting. We’re in the years of stimulating electronic music that are as popular as they are deemed fresh, especially to a crowd clueless about Paul Oakenfold or Carl Cox. However, many of these songs still rely on structures that are indiscriminately pop along with distinct formulas — intense build-ups, rapid shimmery synths, dramatic climaxes and the like. 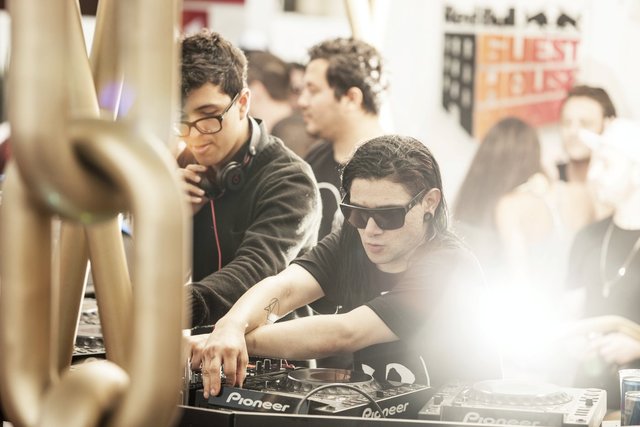 Skrillex, one of the leading producers in the wave of EDM.

Just recently, I got to see Crosby, Stills and Nash (CSN) — a trio who revelled in fame and fortune back in the 70s. They were not ‘the original Swedish House Mafia’, they were just a bunch of guys who were already knee-deep in success in their own projects. But yes, they were by all accounts a ‘supergroup’. With their powers combined, they were an unstoppable folk force — especially when occasionally paired with the incomparable Neil Young. Just like how EDM is a sum of many electronic styles that precede it (house, trance, dubstep, garage etc.), their brand of folk rock was an amalgamation of a singer-songwriter folk revival that was huge at that time — thanks to revolutionaries like Bob Dylan and Arlo Guthrie — with the burgeoning style of brash and electrifying rock & roll music.

The group performing in 1977. They've been fully active since 1976 after their tumultuous first run from 1968.

In their time, their brand of folk rock resonated with a lot of people. They filled arenas, sold millions of copies and were important figureheads in a counterculture that was constantly growing in the midst of political and civil unrest. Of course, the CSN I saw in the palatial but bare stage of The Star Theatre were vastly different — physically bearing decades of relentless touring and infighting, fortunately with their famed three-part harmony still fully intact. They’re in a place where they’re simply enjoying the fruits of a huge body of work, although David Crosby hasn’t shied away from the media with his opinions as of late.

They prepared a setlist that clocked over two hours, generously including a 15-minute intermission to accommodate the concert-weary. With 95% of the crowd definitely aged almost twice mine, they were surprisingly just as animated as any young crowd as the band proudly strummed their guitars while a backing band lent a considerable boost to their arrangements. It was only a few days before this show that a certain guitar-toting Brit sold out the same venue, except that he had nothing but his guitar. Ed Sheeran’s by all accounts a superstar now and a dominant force in the charts. 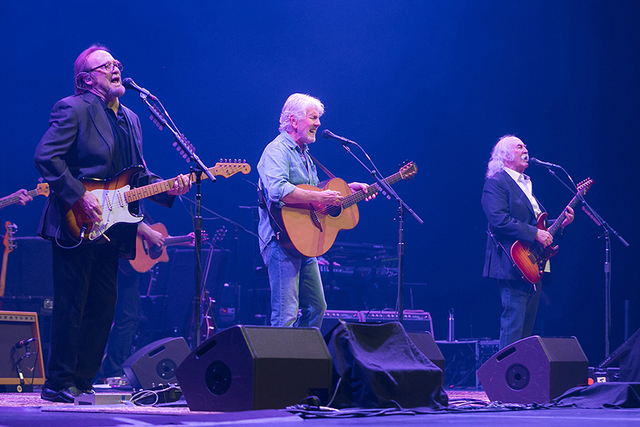 Crosby, Stills and Nash live at the Star Theatre in Singapore on 19 March 2015.

CSN were superstars in the days where guitars symbolized rebellion and youth. Now, Ed Sheeran’s a superstar but one who’s surrounded by dynamic pop divas and mega-DJs who favour the power of Ableton over guitar strings. CSN were from a time where one genre had the power to dominate all others and certain styles could fade into obscurity. The Internet has made the music “sphere” way more visible now — we can learn about dubstep as vividly as funeral doom metal. Popularity is judged differently now like how music sales aren’t just about how fast CDs are flying off shelves (they aren’t anymore). Even YouTube views matter.

What we can learn about popular music now is that despite the divisive lines between genres, we can see that it’s truly the songwriting that determines its success. In which other time can you get an R&B queen team up with a hip-hop giant to rope in a Beatle to play guitar, producing an impassioned ballad that highlights their strengths? Guitar music’s presence in the charts may be smaller than what it once was but no way will it perpetually dig itself back into the underground, or even die — a silly assumption in the face of an unimaginably huge amount of talented and creative guitar musicians out there, big or small.

Sharon van Etten, one of the many creative and original guitar-centric musicians currently making music.

The decline of guitar music isn’t a big thing because it will come back to the charts, eventually. The nature of music has become cyclical. Musicians are reviving back sounds that defined other decades. They take these sounds to ours and create new music out of it, sometimes blending it with other styles to make something fresh. Tame Impala has become wildly popular for bringing back psychedelic rock for a young audience (even though they weren’t the first). Daft Punk reinvigorated 70s funk for the mainstream dance crowd, an effort that’s catching on heavily now with Mark Ronson’s aptly-named ’Uptown Funk’ at the top of the charts. CHVRCHES are basically tipping the hell out of their hats towards 80s synth-pop.

A band like Royal Blood, as stunningly mediocre their music may be, are boosting the presence of heavy blues-rock that’s been championed by The White Stripes and more recently Arctic Monkeys. Take even Fleet Foxes, whose CSN influence you can sense from miles away. How about Kendrick Lamar’s comprehensive To Pimp a Butterfly, a record so jam-packed with decades of styles yet it flows through so seamlessly? Our decade may not be renowned in the history books for inventing any groundbreaking style of music, but we’ll be known for the one that embraced its past to get ahead into the future. Disparate styles aren’t a huge concern because we’ve realised at the end of the day, songwriting is what matters most. Long live songwriting.

This article can also be found on Red Bull.