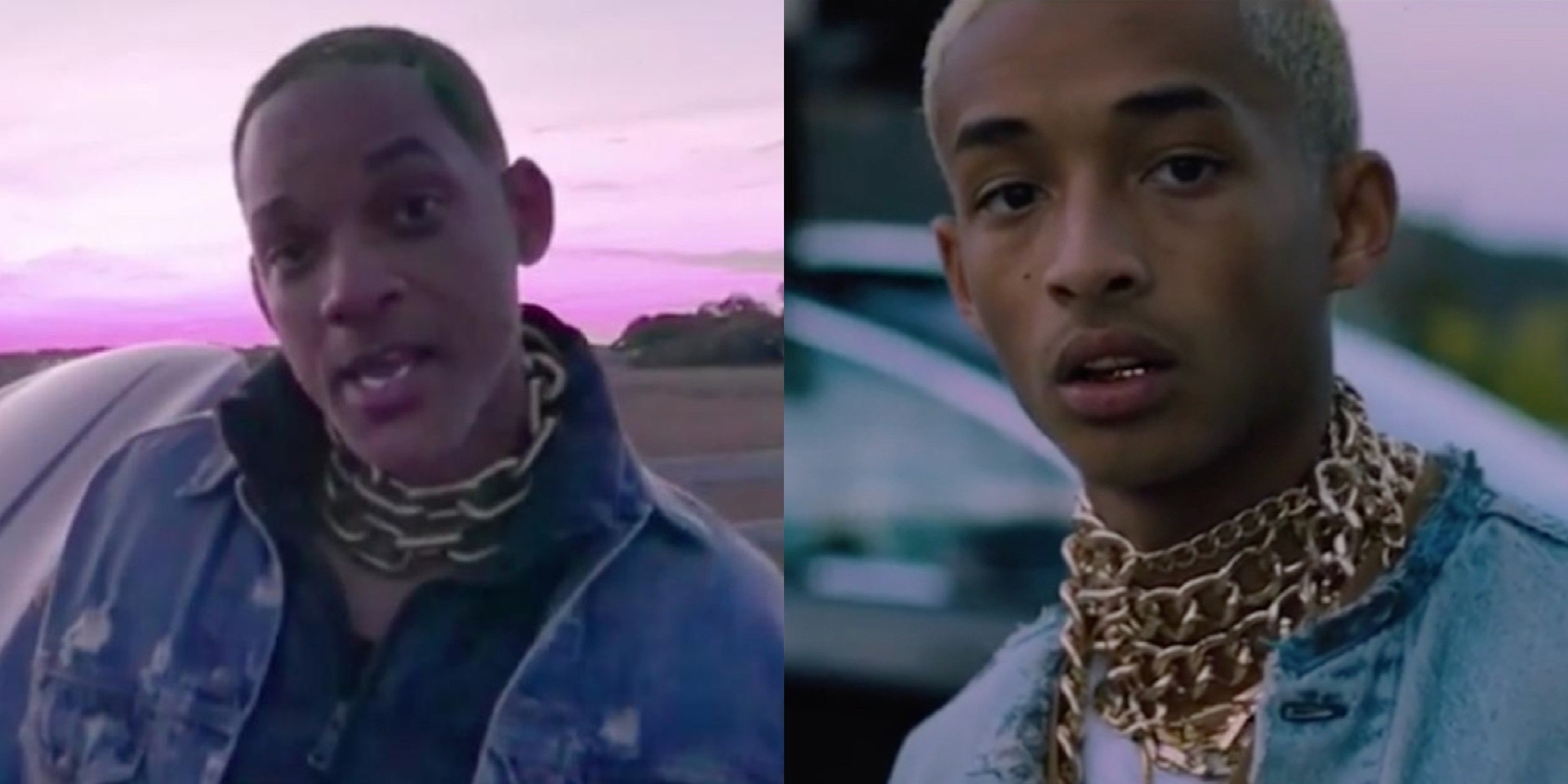 Will Smith has become somewhat of a legend, from his time in hip-hop duo DJ Jazzy Jeff & The Fresh Prince to his classic movies. His son, Jaden Smith has been working hard to step out of his shadows with his unique take on music, and of course, his unique social media persona.

In honor of Jaden's track, 'Icon', reaching over 100 million streams on Spotify, Will decided to have a bit of fun at his son's expense, parodying the first minute of the music video. Father becomes son, complete with bleached hair, denim jackets, grills, and chains. The shot-for-shot spoof pokes fun at this son's style and head-slapping (though Will isn't quite as used to grills as his son is).

We know embarrassing your children is part and parcel of parenthood, but Will has really taken it to a whole new level – though towards the end of the video, he does give a shout out to his son congratulating him on his achievement.

Compare Will Smith's shot-for-shot parody with Jaden's official music video for 'Icon' below:

Congrats on 100,000,000 @Spotify streams, Jaden! @c.syresmith It is a Delicious Gift to a Parent to Admire his children. Keep Doin’ You!