To sit down and explain the history of Singaporean music is a huge ordeal in itself. From the mainstay pop scene to the underground, music here has a storied and fascinating background.

While music in the 60s were arguably at its peak with local bands being picked up by major labels, ever since then bands struggle to grab the attention of the everyday listener. With decades of attempting to establish a proper culture here that fosters artistic growth and development, the fight continues to this day. Only with an environment like that is where a true-blue independent scene could thrive in but things don’t always work out the way we want to. Looking back, the Singapore independent scene may not be the most established, innovative or even talented. But it has proven itself to be resilient.

Of course, the Internet can only go so far to document the decades of acts that have formed and dissolved. People want to explore, read, interact. Meanwhile, there are some of us who feel responsible to preserve and document. The good people at Lithe Paralogue felt such a need. Singapore’s independent music history can’t fade away and the Museum of Independent Music won’t let that happen.

The museum project, MOIM (pronounced moh-ee-mm) for short, was conceived as a way to document and showcase Singapore’s fascinating but relatively unrecognised past. We visited the Lithe owners, Tarmizee Taksen and Anvea Chieu, on an sweltering Wednesday afternoon just days before they hosted the South Korean/US band Sighborggggg. Making ourselves at home in the studio’s cosy office, the obliging and unfailingly friendly couple shared with us their early days setting up the studio, how the idea of MOIM came to be and ‘thinking local but acting globally’. 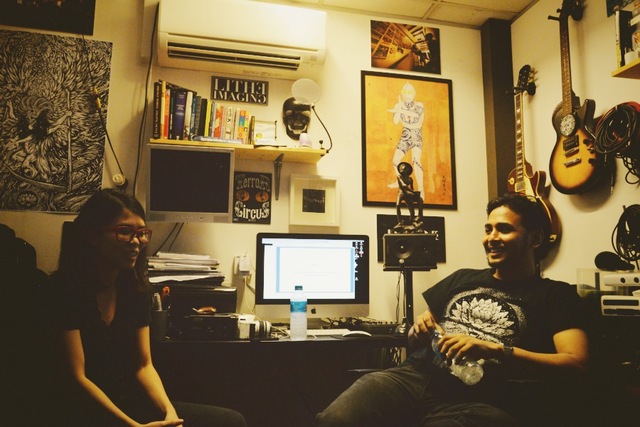 The Lithe Paralogue Studios have been around since the end of the 00’s. Tarmizee (or Mizee as he’s known) and Anvea always wanted a private space to work on their own art and music projects. Mizee worked on exhibit prototypes for the Science Centre and needed a workshop, while Anvea had her freelance digital imaging work so it was a no-brainer for the couple.

With enough savings from their year-end bonus, they invested on an unoccupied area in the outskirts of Upper Bukit Timah. Not the most ideal space but it was theirs, at least that’s what they thought. Mizee and Anvea, both musicians as well, used the space to jam so bandmates and friends came over and this spurred them to open to the public despite the secluded location. After hosting a couple of gigs, the studio was shifted to Joo Chiat in hopes to open to bigger business.

Sadly, things didn’t get better for the duo. “Even though we got more recognition in Joo Chiat we eventually had to close down to do other stuff.” Mizee mused. It was funny to hear that since he and Anvea have already been back in business for years, with much bigger plans on the horizon.

Mizee changed jobs while Anvea continued on with various projects. Even though their Joo Chiat space was closed, Lithe still lingered. Their friends in Canopus Distro compiled a series of recordings of bands performing in the studio, releasing it as Live at Lithe. A tribute show at Home Club triggered them to bring it back after realising how much of an impact they made to their fellow musicians.

Aiming to work much harder to make their dreams successful and establish their name, Lithe Paralogue was resurrected in the relatively-accessible Haji Lane. Since then, they've been kept busy with many specially-curated gigs and countless bands making use of their space to craft their sound. Then they started talking about a museum.

“The idea for the museum had been in our minds for quite some time already. It was only when we moved to our current location when we realised we had this space to use for this museum concept we had,” Mizee revealed. “I did some work in museums then one day I thought, ‘Why not link the local music scene with a museum concept?’” He felt it would be a great way for more people to be exposed to Singaporean music while honouring what local bands have already done. 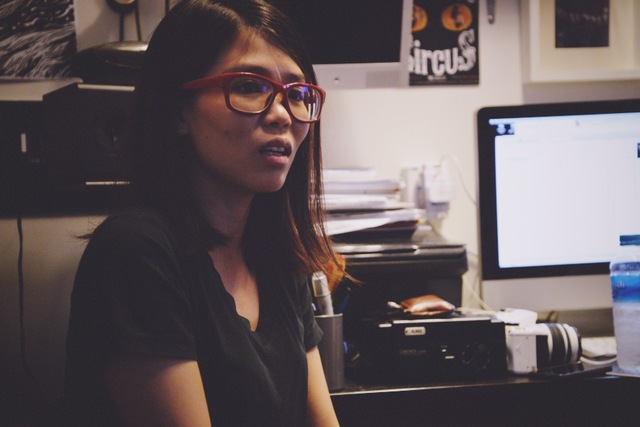 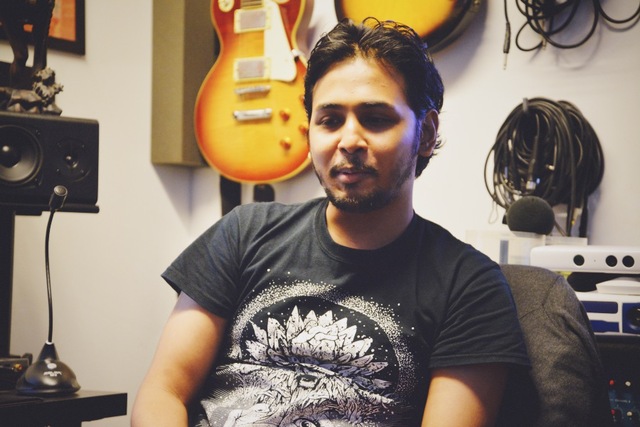 A concept like that is ambitious by any standards. It also will take a toll on them financially, especially with no government backing at all. “We live day by day maintaining the studio,” Anvea admits. “Magically, we’re somehow able to pull it off. A lot of luck, hard work, and remembering our main goal.”

This main goal is reaffirmed by Lithe’s five pillars; an initiative established by the duo that illustrates the elements they believe should be the foundation for every local aspiring artist. Practice, Rehearse, Record, Perform, Promote. That last pillar is especially crucial in developing the concept behind the museum. Even then, will the general public be open to it?

“I believe we need to be think big and be more open. When Singaporeans say ‘Let’s think outside the box’, they should first know what’s in the box.” says Mizee. In some ways they are trying to apply that to their museum, with the help of some friends. “We’ve planned a museum council that’s made up of different people from various platforms. They all have different ways of thinking.” One of them is dedicated musician Bani Haykal. “We had a discussion with him and he came up with the idea of provoking people’s thoughts and ideas; how to make people think creatively.”

He proposed if they can challenge the very notion of why these musicians in Singapore dedicate themselves to their craft. “Are you making music for yourself? For the public? Is it for fun? Are you serious about making music or do you just want to get instant fame? To post your videos on YouTube and get 1000 likes?” These were just some of the rhetoric questions put forward by Bani, which Mizee hopes the museum will ingrain into those who want to venture onto the virtuous path of music-making. It’s clear their aim for the museum isn’t merely to showcase what Singapore has done; they want to inspire what Singaporeans can do. 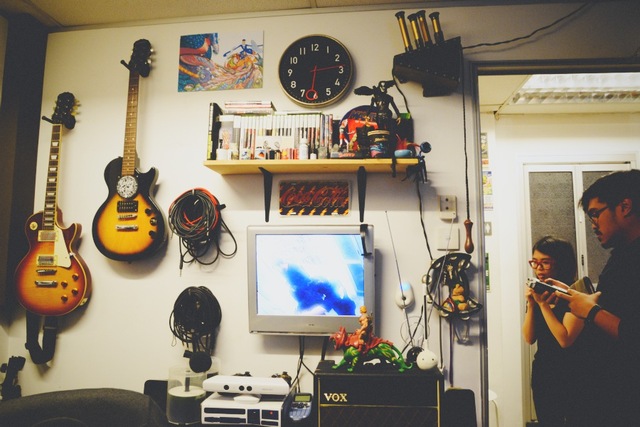 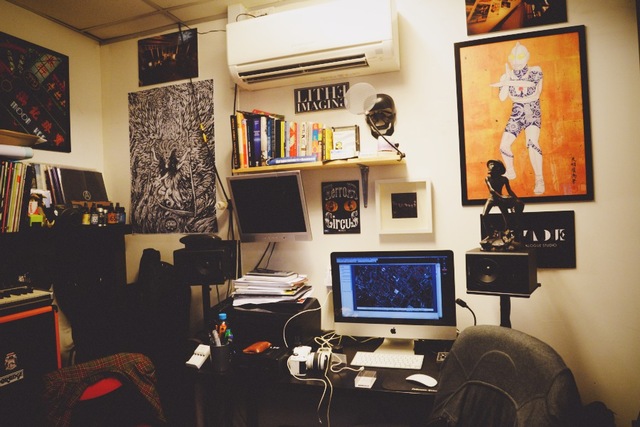 “Are you making music for yourself? For the public? Is it for fun? Are you serious about making music or do you just want to get instant fame? To post your videos on YouTube and get 1000 likes?” 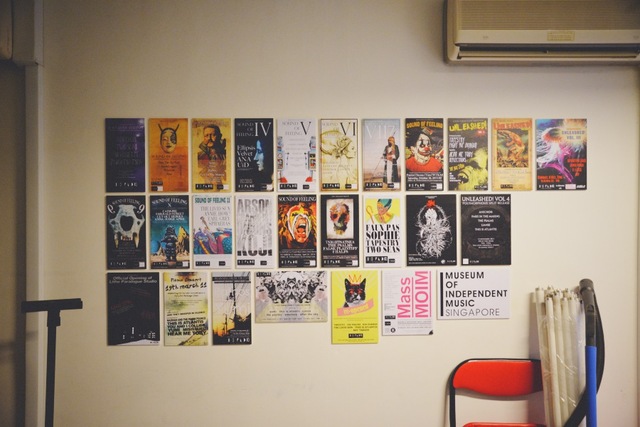 “The reason why we’re doing this museum is to a lifelong culture legacy for current and future generations,” as Mizee reads from his slides. “The museum isn’t just for people to come, take a look and go. We want to engage the visitors and nurture those who are musicians.” He believes a big part of that would be to get musicians to, in his words, “think local and act global”.

He explains further that it means to be reminded of your uniqueness of being Singaporean while thinking about how your music can reach out worldwide. A key element, he believes, is Singapore’s multi-racial diversity. “We brought in this German hardcore band Reason to Care and they were so surprised that it was no big deal talking to one another [to different races].” Mizee recounts. This diversity reflects upon the wide range of scenes we have here. It may be a challenge, but they believe with the neutral ground of Lithe Paralogue, they hope to unite these scenes together to strengthen local music in general.

The steps they are taking to establish MOIM as a public hub are stretched out. Mizee, Anvea and the museum council, which also includes RSC founder Amir Kadir and Leonard Soosay, want to be as careful and precise as possible over the next few months to ensure they launch the museum as perfectly planned.

The first step was MassMOIM, the power-packed gig held at Lithe that lasted from afternoon till midnight. Nothing much was expounded about the museum project itself but the point of the gig was to get their name out there. While hard at work designing and piecing together the exhibits, they’re open to any ideas and contributions from anyone. This way, they believe they would present exhibits that, in the long run, are more accurate and unbiased. 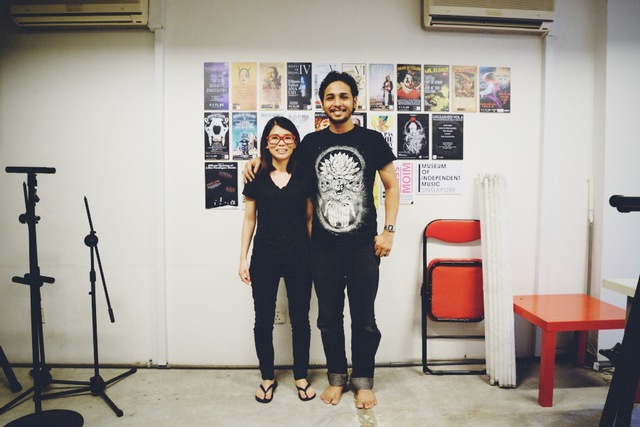 “The museum isn’t just for people to come, take a look and go. We want to engage the visitors and nurture those who are musicians.”

Among the plans are archival spaces to showcase various artefacts of Singapore’s music history, information to educate about the history itself, how especially the underground music scene began and evolved over the decades. Targeting both tourists and locals, there would be stations exploring the different genre scenes along with workshops and special exhibits. One such exhibit they’re planning on doing is a tribute to acclaimed Japanese screamo act Envy and the massive influence they had on local screamo and metal acts. There will be insights into the music-making process, digital jukeboxes for visitors to sample different Singaporean records, even a photo op booth.

All these plans may seem big, maybe even impossible to some people, but undertaking a project such as this is already a reflection of how our scene was built in the first place. The passion, the determination and the undying desire to reach out to the masses. It’s only a matter of time before the general public will see that.