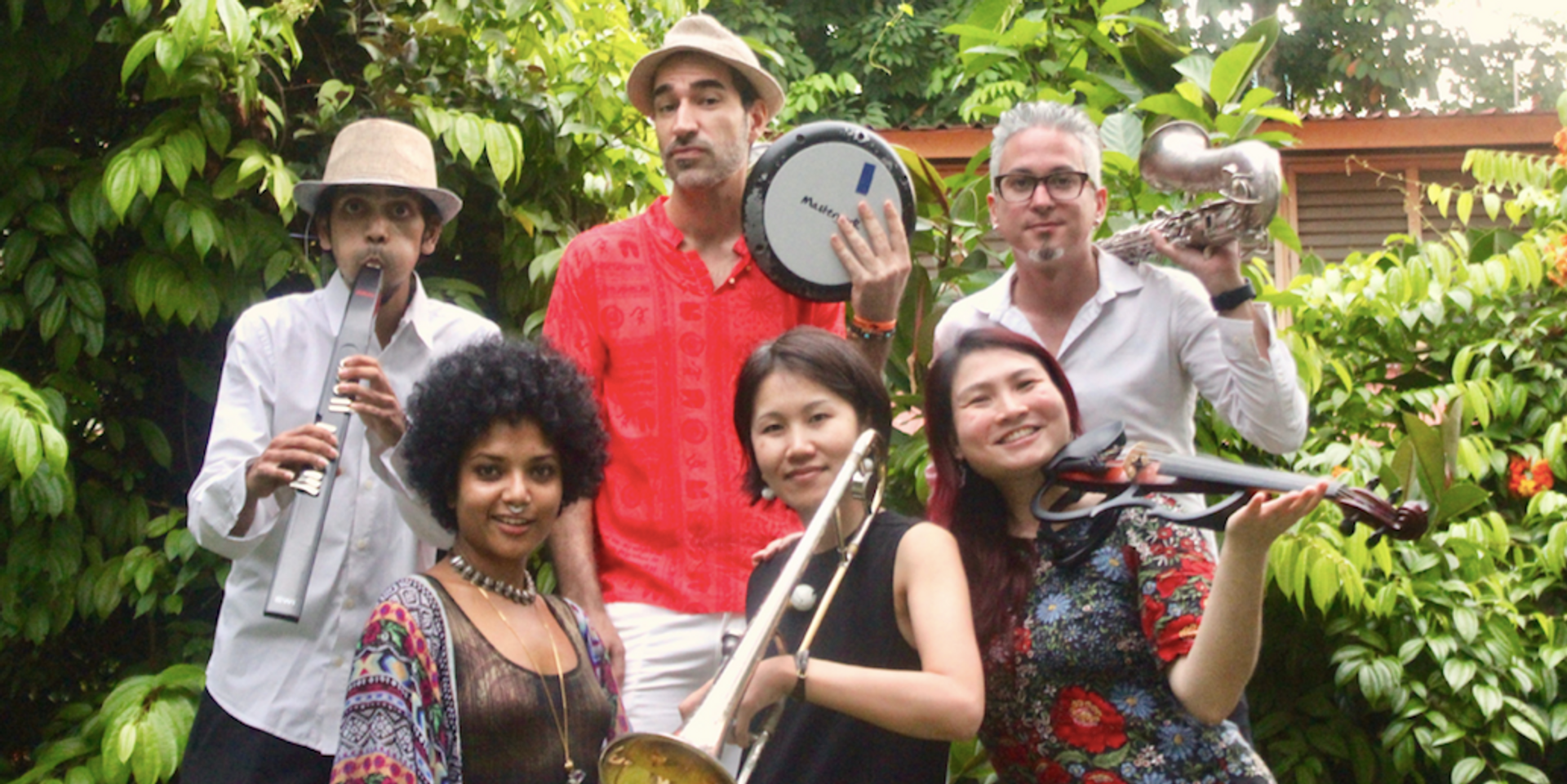 The band most recently performed at the Twisted Frequency Festival in New Zealand with the support of the Singapore International Foundation, with past performances all over the world from Serbia & Montenegro and Indonesia, to Sri Lanka, Japan, and Thailand. When asked about their collaborative style of music, the band said:

We combine electronic and acoustic worlds with music. Since the beginning, our music making has been perpetually evolving and every album has been super different from the one before. Currently with a DJ in the band, our current show flows like a musical story without gaps between songs. Rupak and Tolga spend time to organise the story. Then the band joins in to add creative inputs. Then through various performances song structures arrange themselves! We also love adding improv elements in the middle of our shows for us as well as for the audience.

Mantravine are glad to finally be back on familiar, solid ground in Singapore after the thrilling adventure they had in New Zealand. When asked about the ordeals they faced during the trip and their experience performing at the Twisted Frequency Festival, the band explained:

We lost bandmates en route to the festival, faced tricky transportation challenges and all the girls had missing baggage issues which made this trip endlessly exhilarating. Twisted Frequency is such a wonderful music festival sonically and our experience of playing there felt like a turning point for the band. We made a new family of friends who turned out to be one of the best audience we've ever played for...

We're sonically excited about 2018 because we intend to collaborate musically with some of the epic music producers we met. Environmentally we feel more switched on because people in New Zealand don't use plastic or styrofoam unnecessarily. It's definitely changed some of our personal habits since coming back towards avoiding consumption of plastic and styrofoam. Musically we've been inspired to redesign the whole music making process for 2018 so it becomes even more simple, free flowing and organic. After seeing such a positive response overseas, it's inspired us to play our music more regularly locally and internationally.

Exciting things are ahead for Mantravine, including tours in Europe this year and in Australia and New Zealand in 2019. Local listeners, however, can catch them this weekend at Camp Kilo. Besides Mantravine, expect music by Tom Shellsuit and Huntersson, a didgeridoo and poetry performance by Deborah Emmanuel and Stewart Bamrah, a guest appearance by Sarah Ismail and live improv by Seth Roach.

Mantravine will be launching their record, Arambha, at Camp Kilo on Sunday, 25 February. Entry is free. 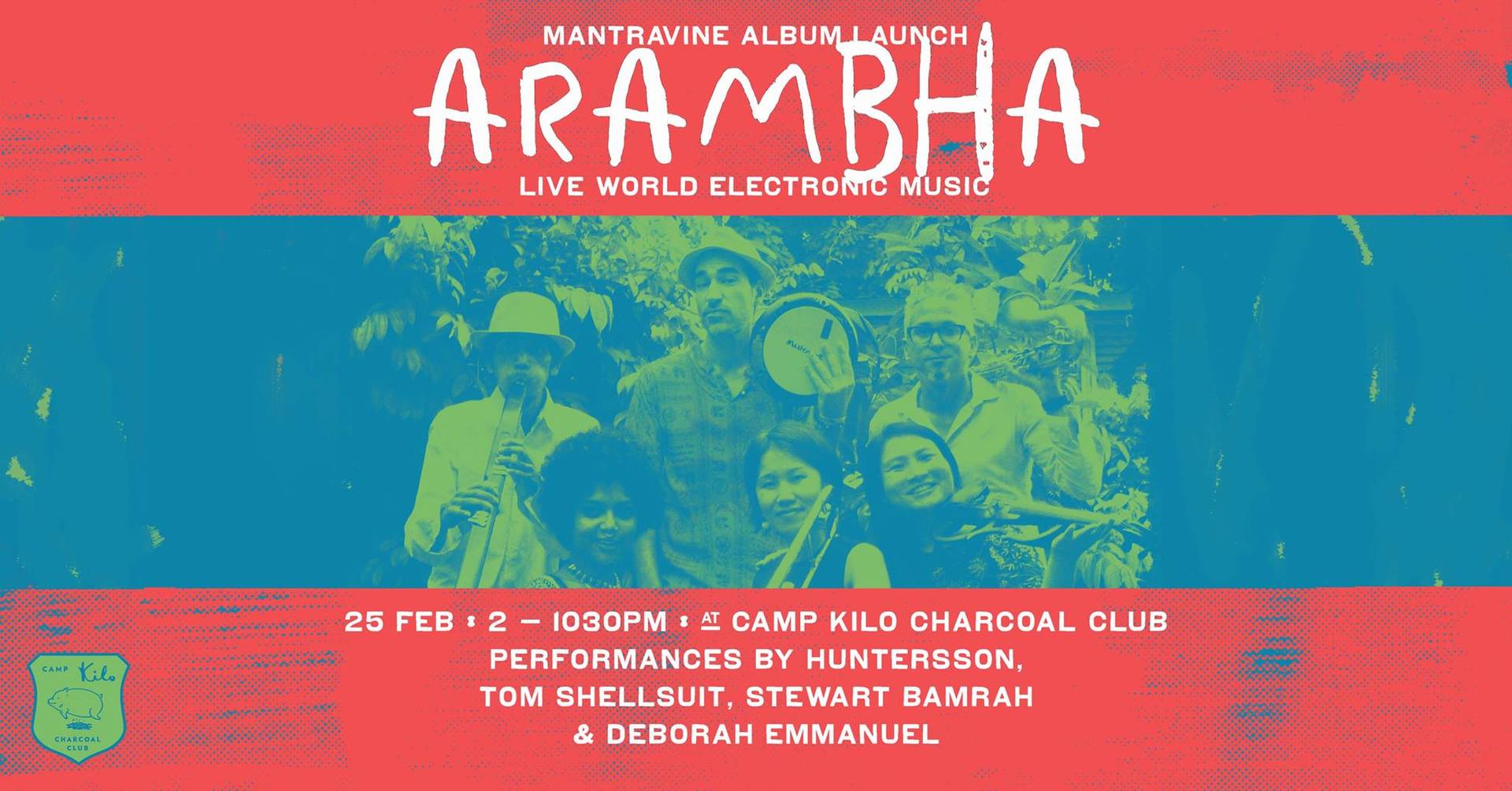 Check out Mantravine's music below: