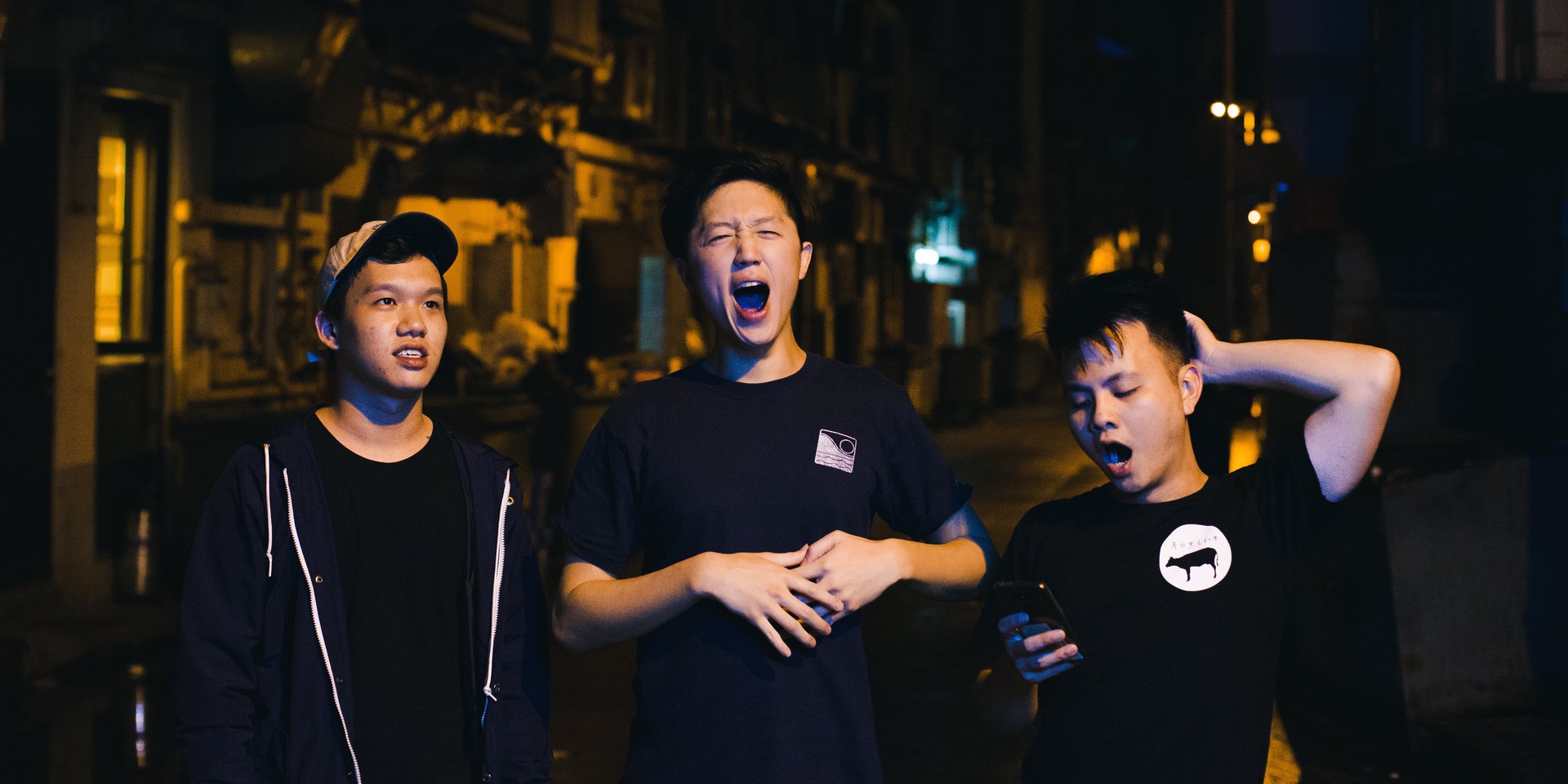 It's not easy to 'fess up to your own mistakes, and even more difficult to cut your bad habits and become better. On Late to the Party, Xingfoo&Roy try their best to do both. On their second album, out today, the emo/pop-punk trio move in the direction of maturity, both in their lives and their sound.

Late to the Party is more straightforward than its 2016 predecessor, 10 Dating Tips for the Spineless Youth Addicted to Pornography. There are fewer tracks, for one, and the songs are more cohesive and less meandering. But some things don't change, like the cathartic gang vocals and the band's love of referential lyrics (though this time it's less Fight Club and more Super Mario Bros).

One thing listeners will immediately seize upon is the higher production value of Late to the Party (as the band elaborate on in their interview below). There was something undoubtedly personal about the crummy lo-fi quality of 10 Dating Tips, but the intelligibility of Late to the Party is a relief: the riffs shine through more than ever, as do the heart-on-sleeve lyrics. 'T.Y.S.' in particular stands out for some honest and evocative lines: "If there was a summer, we could be the sand you left between your toes / If there was a winter, we could be the frostbite that eats into your nose."

Read our interview with Xingfoo&Roy about the making of Late to the Party, the song that bridges both their albums so far, and how they've been grappling with the allure of nostalgia. 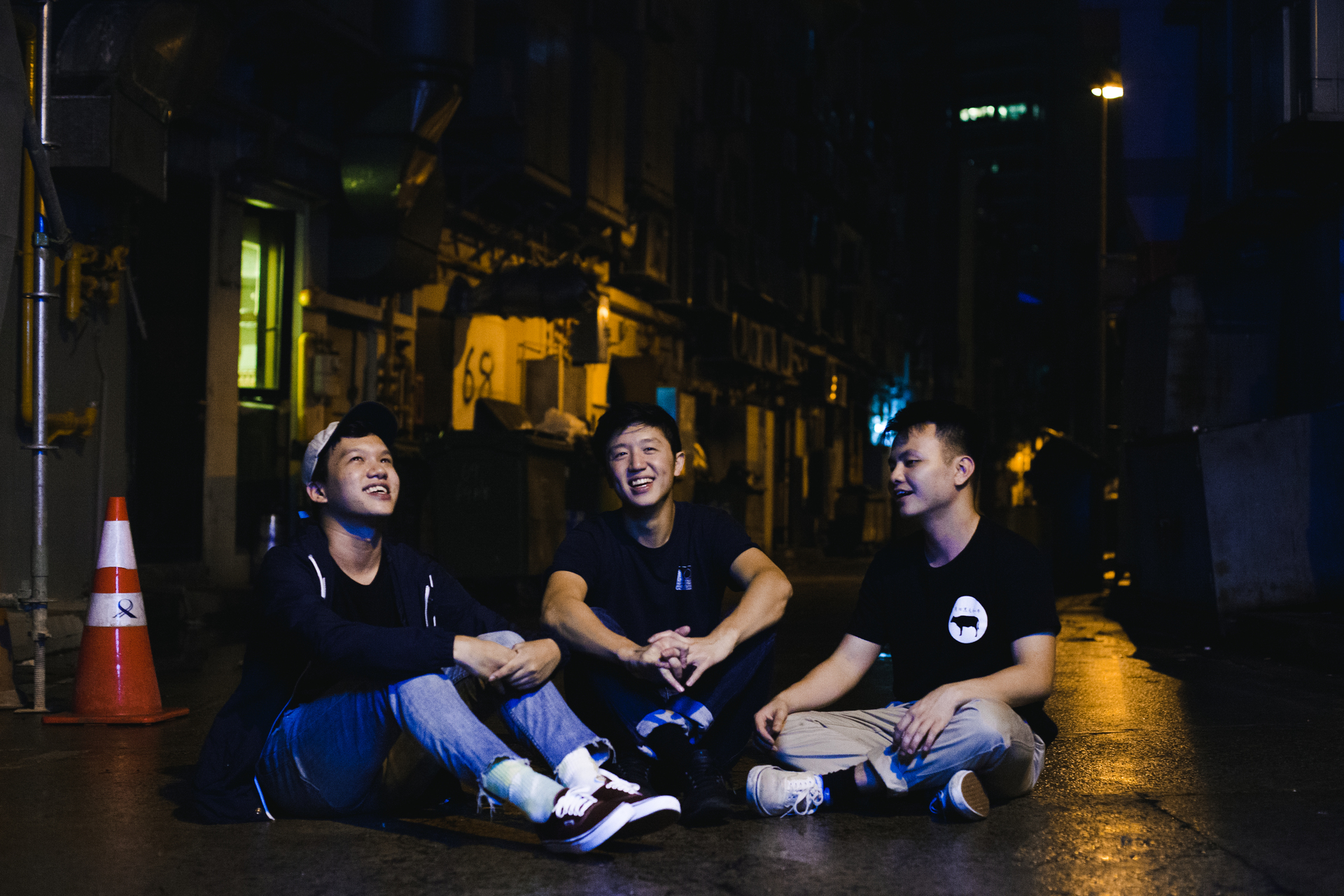 How long did it take you guys to make Late to the Party? When did you start writing the songs?

The whole process from writing to post production took about a year and a half. Honestly, writing took pretty long, and we actually started right after the release of 10 Dating Tips, but we took it pretty easy then. It was only in the last eight to nine months where there was more urgency as it dawned upon us that we had to aim for a release date. ‘Learning Spanish’ was the last song we were working on during 10 Dating Tips and had decided for it to be a stripped down version. For Late to the Party, we wanted it to be more consistent and less like a random collection of songs. In the end ‘Learning Spanish’ kinda did fit the new release so we managed to record it full. It's kinda this weird bridge between 10 Dating Tips and Late to the Party.

When it came to recording (producing, mixing and mastering etc), did you change the process up a bit? Did you work with anyone new?

Yeah! So we recorded 10 Dating Tips ourselves in the bedroom and we realised that it was a really bad choice. Because we’re not musical geniuses (shout out to Kin Leonn). Hahahaha. We agreed that we wanted the next release to be recorded better to give justice to these songs for ourselves. Wai Huin has recorded for bands like Forests and Bruised Willies and he’s from Long Live the Empire. So we trusted him all the way! Really glad with how this turned out. Hope y’all dig it. Thank you Wai Huin!

Late to the Party feels like a more grown up album then 10 Dating Tips. I’m thinking of the line “At least I now know every way I could possibly die / But it’s in my mind” on ‘T.Y.S.’ What place were you in when you wrote these songs?

Daniel: I’m glad that we’ve matured! Hahaha. 2016-2017 was a pretty shit time for us. A lot of crazy dramatic shit happened. I spent way too much time drinking at BK Eating House than I should have. Hahaha. I was just telling my friend Jasmine Ho a few days ago that I remembered writing the outro of ‘Your Princess Is..’ while walking from BK to Skinny’s bar. It was bad... and sad... Gab wrote more songs on this album as compared to the last. We co-wrote ‘Your Princess Is…’, ‘In Another Castle’, [and] he wrote ‘T.Y.S.’ and ‘Apartments’.

Most of the songs are about us reflecting on the stuff that happened to us, but instead of like “Why does this happen to me???”, more like “This happened and it might suck but it’s cool because that’s life and I’ll learn from this.” I was in a very bad place then, but it’s getting better. That’s why the album starts out really negative but ends on a more positive note (literally how my 2016-2018 went HAHA), the chorus line “We’ll be alright” is a reminder to ourselves that no matter how shitty things might seem, life will get better. The last line of the album is “Are we going to build a castle? No we aren’t / Are we going to build a castle? Yes we can!” Which also serves as a reminder that we’re not wasted youth and encouragement that we can make something of ourselves if we try.

Gabriel: Specifically about ‘T.Y.S.’ – as lame as this is gonna sound, [it] was an honest reflection on how I felt about my relationship at the time, before we had broken up. It was an apologetic mixture of regret and gratefulness for her having been there all that time. And that line was kinda how I had been reading about all these morbid diseases in textbooks at that time. Me kind of just thinking about all our potential for sickness and maybe mine was up here in my head.

You've said before that the album revolves around romanticising nostalgia. What were/are you nostalgic for on this album?

Daniel: I think we started realizing that we were spending a lot more time reminiscing than we used to, instead of making new memories we were just reusing old ones. It’s not a good way to live man. The songs are a mix of regret for wasting our youth on stupid vices, wishing we could go back in time and maybe using our time better, and coming to terms with the fact that everything looks better in retrospect.

Gabriel: Especially for the song ‘Apartment Buildings’. It was kinda about my own excessive and borderline senseless obsession with the past. I am consistently nostalgic about so many things in my life and I am barely 22. It was at the same time that I was so tired of the present, with both work and people. It was me just sort of reminding myself that though the past will always be important it’s hard to live like that.

Listen to Late to the Party by Xingfoo&Roy below: