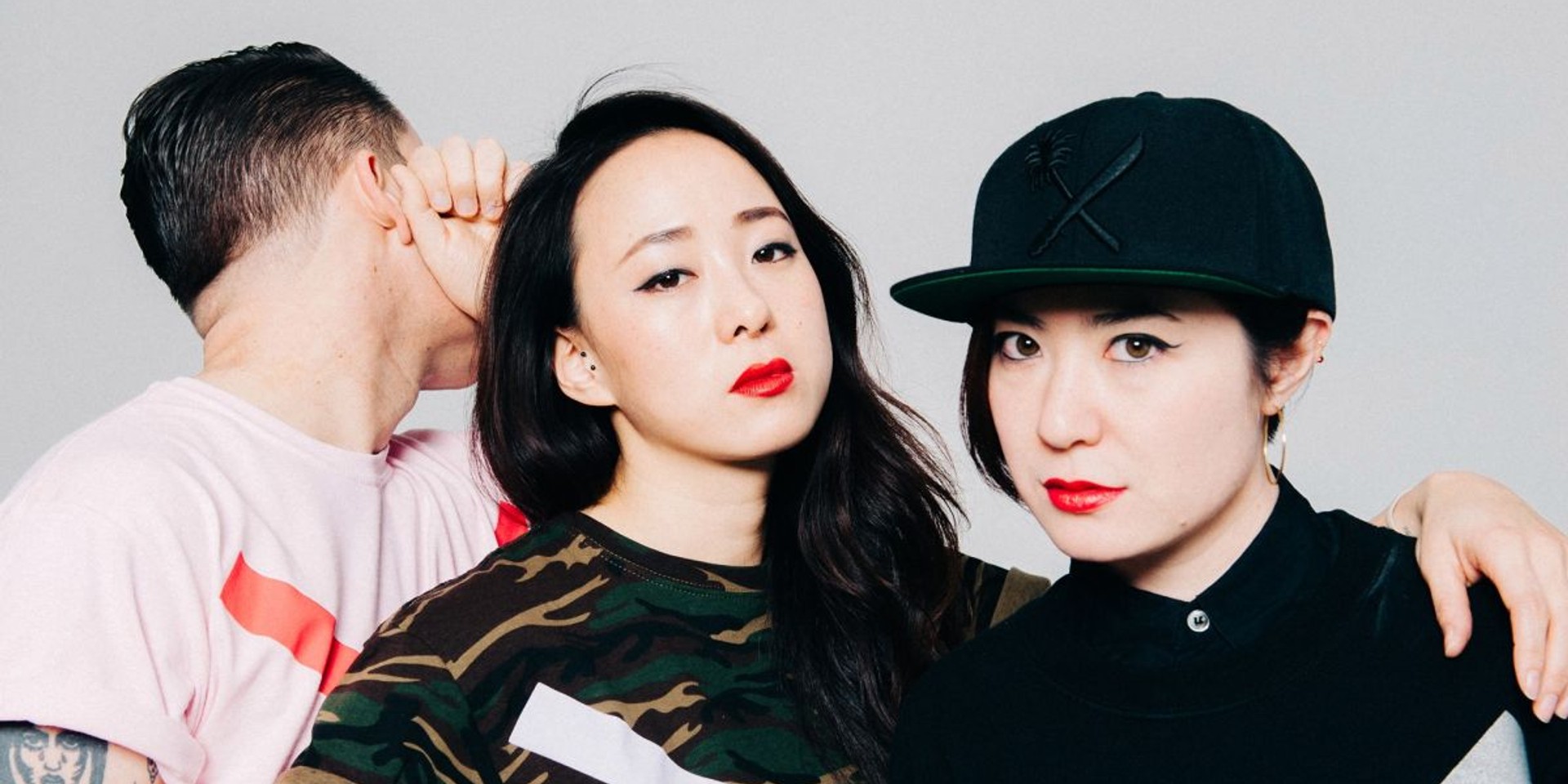 Where do you even begin to start with a band like Xiu Xiu?

For a band that gradually blossomed in prominence and artistry in the 2000s as one of modern art rock’s centerpieces, Xiu Xiu have exhibited what it’s like to have a career of longevity when you’re sticking to your gut, with "compromise" a word detached from your artistic dictionary.

Stability and longevity haven’t come hard done by for the group, they’ve had to power through all their lives, dealing with personal tragedies and a changing band roster, its current inception as of 2017 is resolute: vocalist/multi-instrumentalist Jamie Stewart, along with Angela Seo (keyboards) and Shayna Dunklemen (drums/percussion).

Their music is an indescribable, staccato-like concoction of pop and experimental rock, with Popmatters once detailing the group’s music as “a continuous sabotage of otherwise perfect pop numbers, but here the sabotages in question make the experience all the more compelling instead of distracting.”

When it comes down to the wire, Xiu Xiu – with its name taken from the Joan Chen-directed 1998 Chinese movie The Sent Down Girl) – will be remembered as one of the decade’s most influential acts, in terms of their artistic commitment alone. The band has perfected the DIY ethic, long before the days of Bandcamp, truly paving the way for a surge of artists and bands blending the personal with the detached.

The band began with Knife Play in 2002, a harrowing exploration of the soul that reaches for deafening volumes and piercing anecdotes – “LUBER / on your birthday!”, as cataclysmic drums crush down like great 17th century monuments.

They’d follow it up with arguably their most iconic record yet, 2003's A Promise, with its semi-controversial cover art and gripping reimagination of Tracy Chapman’s ‘Fast Car’. Fabulous Muscles (2004), their poppiest record yet, spawned their probably most well-known track ‘I Luv The Valley OH!’, described as a brilliant blend of circus music and shattered death disco by Pitchfork Media, with it also ending up on the publication’s Top 500 Tracks of the 2000s.

A consistent quality streak of records came next with the Deerhoof-contributed La Forêt (2005), The Air Force (2006), Women as Lovers (2008). At the turn of the decade, they raised to even more prominence with a return to poppier textures with Dear God, I Hate Myself (2010), and their first Polyvinyl release in Always (2012).

In recent years, they’ve expanded to reimagining existing material. They embarked upon the songbook of Nina Simone with Nina (2013), with their re-interpretation of ‘Where Can I Go Without You?’ a particular highlight. “Tried seeing Singapore that wouldn’t do/ So I went to Vienna and I found you there too.”

The momentum would continue with Unclouded Sky (2014), a collection of American folk covers and ambient recordings, and a collaboration with Japanese noise giant Merzbow in Merzxiu (2015) would fall neatly in between source-heavy records. 2016 presented one of their most timely works yet: a gorgeously reimagined take on Angelo Badalamenti's sinister and iconic score for TV show Twin Peaks, which recently made its way back into popular culture with a brand new season.

Overlooking the band's exhaustive body of work over the past decade or so, we speak to frontman Jamie Stewart on Xiu Xiu’s most recent, and poppiest record FORGET (2017), an explosive and triumphant celebration of universality, and a needed album for the current socio-political times. He speaks to us about the new album, religion, escapism, activism in 2017 and what Twin Peaks means to him.

It’s been an interesting 15 years of Xiu Xiu in terms of growing and evolving as a band and as a human being I’d imagine – whether spiritually or musically. You’re currently on tour in Europe promoting your thirteenth studio album. How do you feel at the moment?

Hi. Hmm... mostly, I feel a sort of numb sleepiness. I have been on tour since February and am quite worn out. It is a common response. Essentially I am just waiting for 4 months of touring to end. Good shows make it worth the grim and grimy trance.

Let’s talk about FORGET. Congratulations on the release! It’s a very enjoyable record. While listening to this record, I was struck by what I perceived as religious undertones or references presented in a pretty interesting manner. (Especially on 'Faith, Torn Apart', with references to the polka dot hijab and bindi.) What does religion mean to you in 2017?

That is nice of you to say. Thank you. Religion to me, personally? I am usually private about it unless asked, but I am quietly deeply religious or spiritual at least. More or less, I think that anything one believes or does not believe that does not hurt anyone else is true.

This, of course, leads to all sorts of contradictions but religion is a mystery, so I suppose it does not matter. In any manner of thought or action, I cannot abide by absolutism or fundamentalism but I suppose that is a form of absolutism. See above for note regarding contradictions.

Feelings of escapism have always been a theme in the music of Xiu Xiu (specifically in Knife Play and A Promise). If it has, in what way has it developed on FORGET?

That is an interesting interpretation and I am not sure that I share those feelings but it has always been our goal as a band not to impose our own interpretations on anyone else's so I am glad you have a different idea about this than I do.

Taking directly from source materials and rewriting them has been a recurring element in your recent works. Did it feel different or refreshing to craft a wholly original world this time with FORGET?

Working on new songs like on [2014's] Angel Guts: Red Classroom or FORGET is not so far removed from working on albums of covers like the ones you mentioned – in that they require as much focus of heart and timbrel experimentation or decisiveness.

But working with previously known songs also requires that one is almost more aware of what certain juxtapositions or arrangements might imply with the context of the generally understood perception of the originals. Out of respect, more than masterpieces must be dealt with very carefully if you want to say thank you to them, as properly as you are able. New songs, by contrast, are more freeing but are more work. There are lyrics or chords already waiting there for you to abuse.

What does Twin Peaks mean to you?

You’ve expounded in a press release about how “The calligraphy on the cover translates literally to ‘we forget’ and that ‘It bows to the universality of everything and everyone's inevitable decline and foggy disappearance." That’s a really interesting concept about finality and "the end", even Death as well. What does "forgetting" mean to you?

To me, it is both the ultimate freedom and the ultimate loss. One can erase heartache, resentment, pain, grotesque punishments and terror from one's existence but rather obviously, one also lets go of perfect loves, the feeling of a kiss, your nephew's little voice, what a particular tree looks like and feelings of contentment.

I've drawn [to the conclusion] that such a simple and common word and experience has such divergent and profound implications within the basic aspects of every day. 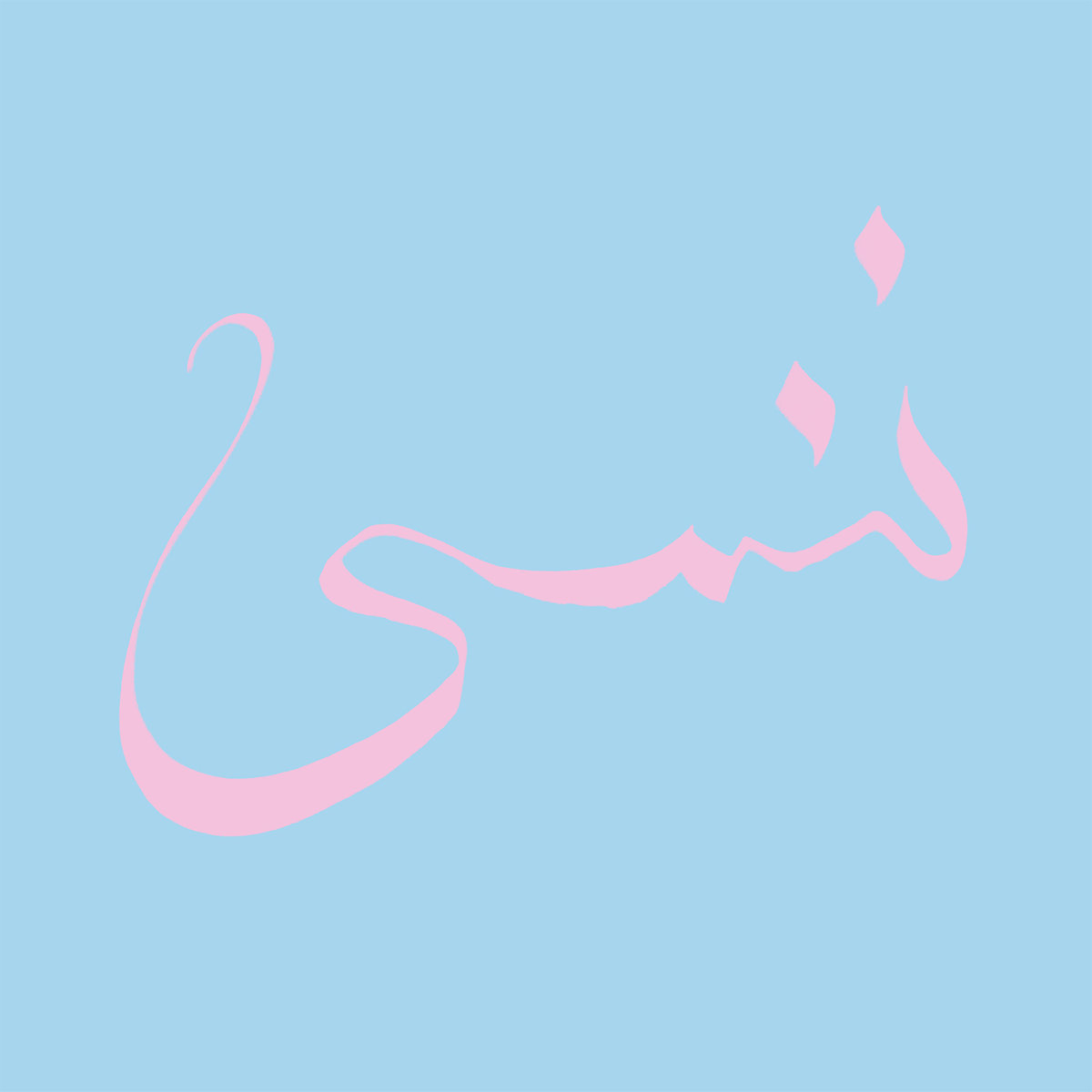 The album cover for FORGET.

You’ve explored in an interview about the immediacy and impact of the music of Joy Division “The second you hear a Joy Division song, you know in ten seconds what they’re about. I love Joy Division. What they did was untouchable, brilliant, and unique. I just didn’t want Xiu Xiu to be that way. It’s just a little too late to change things and create an aesthetic at this point.”

I think the identifier/differentiator link with your music runs deeper. Instead of an immediately recognizable aesthetic, there’s a signature Xiu Xiu sound that I can’t perhaps pin my head down to. I’d describe it as dark, sinister, and inspiring. Was this ever intended as an artistic decision when writing music?

When we started the band, we literally sat down at a table and wrote down what we wanted to try to do. At the time, that was writing songs that were about real personal and political events that were close to us, and to be influenced by post-punk, modern classical, different Asian percussion-based music, noise and dance music.

The results would be left up to us trying out best to hold onto these parameters, but whatever we allow the results to be true to what they would be. Essentially we had a "plan" as it were. We digested it and then pressed on and tried not to look back. Things have changed, expanded or evolved since then but I am the worst person to ask how they have, as I am still trying not to look back.

What do you think is the connection between music and philosophy?

Not to be too cavalier but I really don't care. Thought and music are not the best bedfellows. Brian Eno would disagree though and he is great, so what do I know? 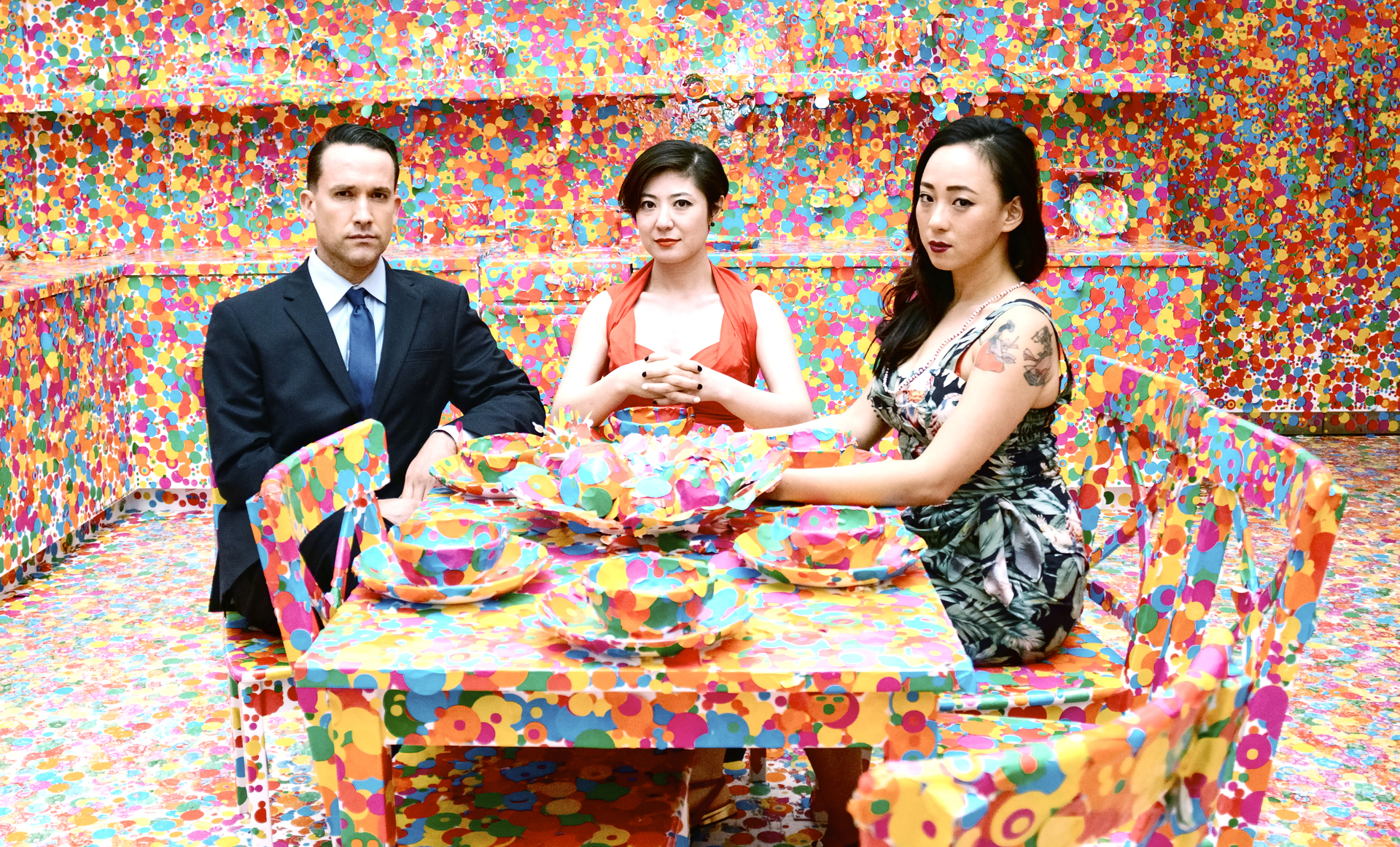 ...[it] must be dealt with very carefully if you want to say thank you to them, as properly as you are able. New songs, by contrast, are more freeing but are more work. There are lyrics or chords already waiting there for you to abuse."

You’ve said in a previous interview that 2016 was going to be a year of hermitage for Xiu Xiu. Has that held true for you in the past year? And if it did, what have you learned?

I learned that a lot of what I say is total bullshit. I worked on music like crazy in 2016.

In the previous year, with growing political tensions, many young people have taken to the internet to voice their grievances – whether it be through memes or social media posts with what becomes empowering and wonderful at times. Could you tell us your thoughts on the connection between empathy and coping over the internet?

The Internet is the least important component in this equation. People are frightened and disgusted – and for good reasons. As they have throughout time, they are turning to each other to laugh and be reminded that while there are revolting, vile, deluded and shit-covered fascists dominating the news and (to a large, but not total, extent) power, there are more of us than them.

Being reminded of that can be a small comfort. It does not change much – only action does – but it is a way to sleep better. You can't be a part of direct action, legislation, lobbying, donation or revelatory debate if you have not gotten enough rest.