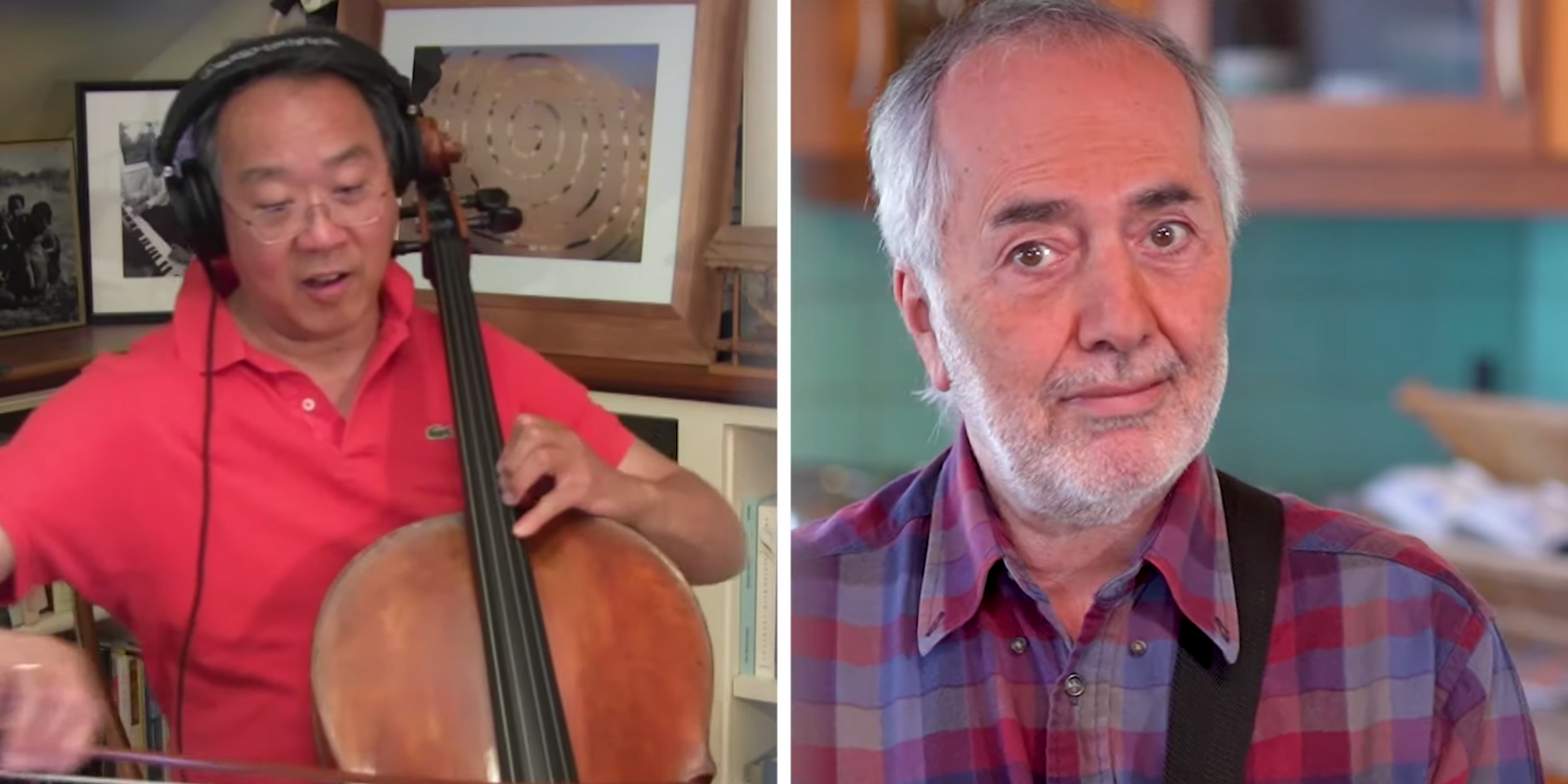 World-renowned cellist Yo-Yo Ma and celebrated children's music singer-songwriter Raffi have teamed up for the 40th anniversary of 'Baby Beluga'.

'Baby Beluga', with over 19 million streams on Spotify, is Raffi's most popular hit. A song about a "little white whale on the go", it was originally released in 1980 as the title track of Raffi's 6th studio album and has continued to bring joy to children, as well as parents and teachers, throughout the years.

In an interview with Billboard, Raffi shares how he adapted his songwriting to fit his young audience. "Their life experience is limited in years, so [you think about] vocabulary, what children are intrigued by, what captures their imagination. You sing about six little ducks or about bananas. You sing with humor and rhyming — the things you know will appeal to the young child," Raffi says.

The 2020 version is a socially distant performance with Yo-Yo Ma on the cello and Raffi on guitar and vocals and features a "grown-up Beluga" verse for people who grew up with the song - Beluga Grads. Proceeds from the 40th-anniversary edition of 'Baby Beluga' will go to The Climate Mobilization Project.