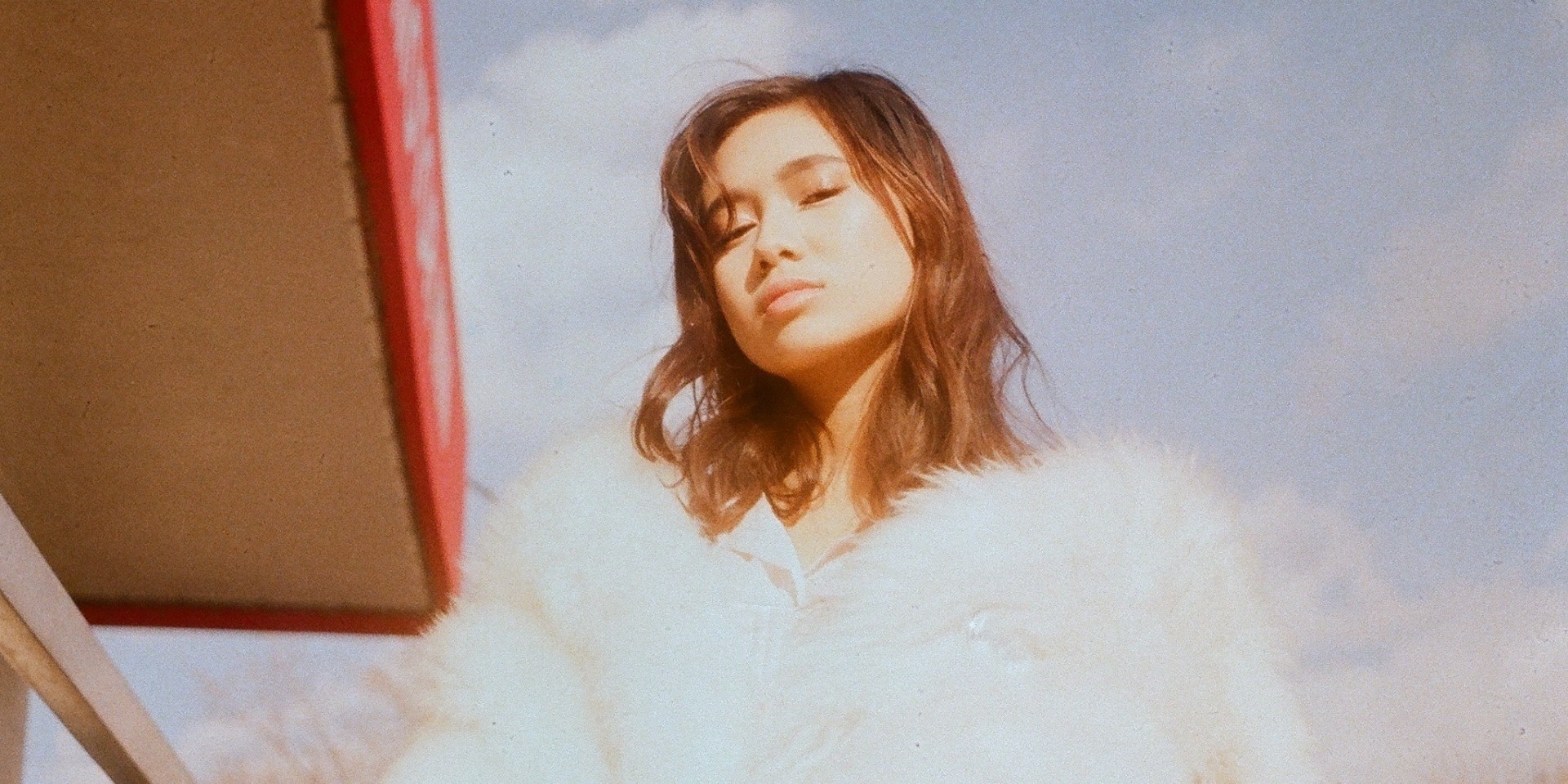 This is the age of numbers and analytics; this is the age of open-and-shut conversations where whatever’s viral goes through the digital drip feed as mana for the gods. But there are gaps in the norm where, every now and then, something legitimately special happens that takes cultural energy on a different course. The Jakarta-born singer-songwriter NIKI is one such entity.

The petite 19-year-old, born Nicole Zefanya, is an old soul-carrying proposition who’s poised to unearth a myriad of new possibilities. In May this year, she signed off on her debut EP Zephyr, a simmering eight-tracker suffused with the charms of the ‘90s. It beats with the fervent intensity evoked by neo-soul and chronicles love and hope with the tongues of the poets we used to study on the charts and on MTV. It’s a classic built on the blueprint of classics – but it’s all NIKKI.

Her voice is a rare thing; it can carry a rousing torch song, bring devastation with a hushed, feather-light grace and channel exquisitely treacly pop with its sweet urgings. Her inclusion in the ranks of 88rising feels almost necessary because of this.

Bandwagon sat down with the rising star ahead of her opening slot for Halsey’s Hopeless Fountain Kingdom World Tour and got her take on the issues close to her heart that directly inform the music she makes.

The biggest pop stars in the world now are women. How does that make you feel?

I totally agree! Girls have always been in pop music but I feel that they have a collective presence that is just bigger now. With the Internet, the platform is so much bigger. If you look at the major festivals, you’ll see a lot more female artists on the bills, even on the headlining slots. Who run the world? Girls!

You told NME that opening for Taylor Swift changed your life. Tell us more.

In 2015, on a whim, I joined this online competition that Cornetto Asia had partnered with Sony on. The winner would get the chance to open for her. I was the Indonesia winner. I submitted my cover of  ’22’ which I shot on my iPhone! After three rounds of elimination, I won. I think, the most significant thing about that whole experience for me is that it was a sign that I shouldn’t look back.

When did you realise you could sing?

Honestly, I don’t know. I’ve been singing for as long as I can remember. My mom was a singer at church and I’d go to her rehearsals and they’d always get me on stage. But the first time I realised I could do this for a living was when I saw a documentary on Taylor Swift where she was talking about what it means to make music to pay the bills. I got a guitar after that and just started playing and singing to it. 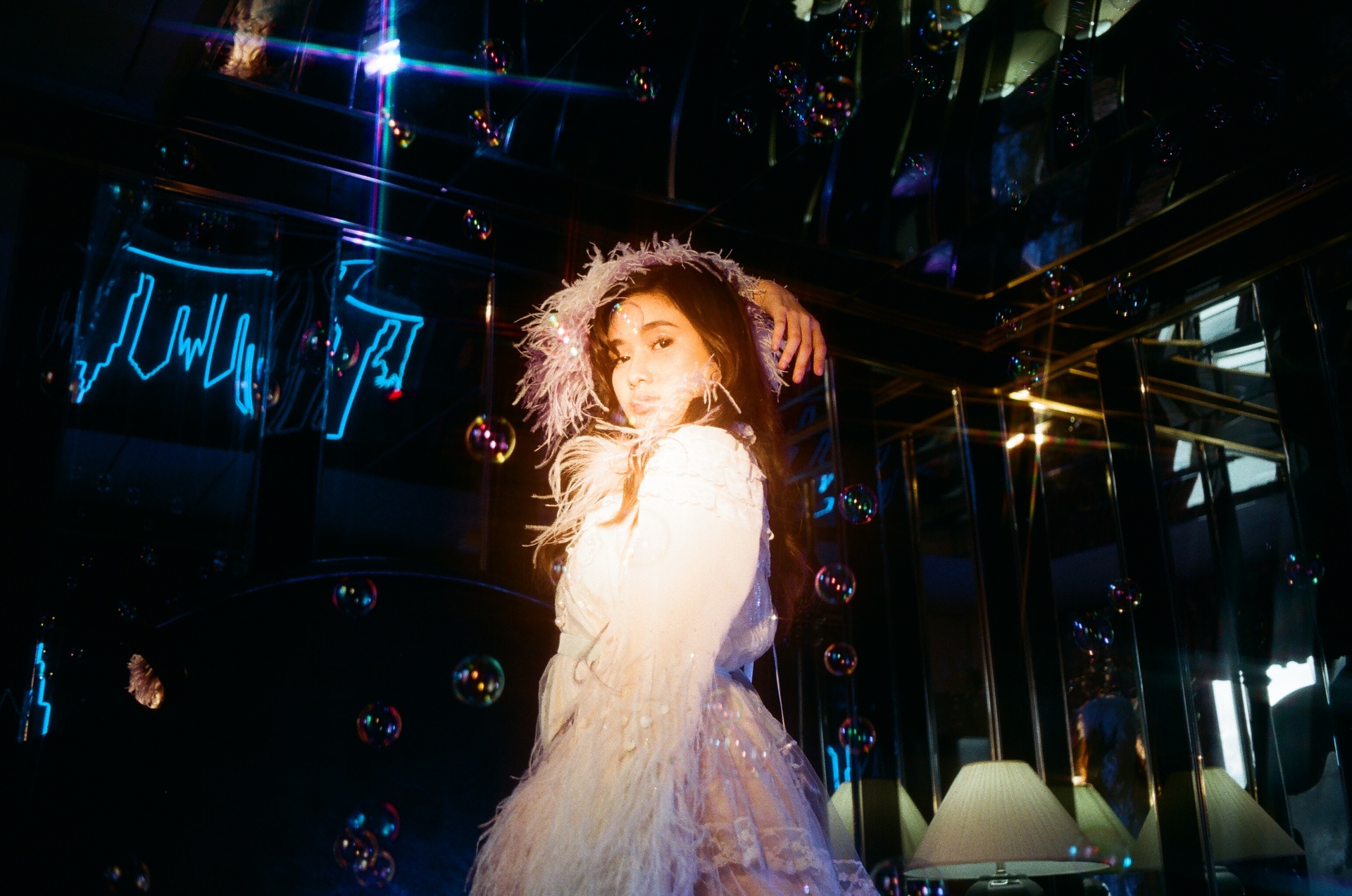 Given your age, your R&B references are firmly old school. Why is that?

That comes down to my mom, too. She loved ‘90s R&B so much and she’d always play Aaliyah, TLC and Boyz II Men. Her gospel band would gather at our house for barbecues every Saturday and play that music while they were cooking. It was always all around me. That’s how I got into it. But that’s not to say I don’t like current R&B – I just like the older stuff more.

Right now, music is so amalgamated. Everything is influenced by everything. What I like about the sentiment of ‘90s R&B is that it’s a true OG movement with a distinct production style and sound. That was it.

Did that affect your musicality on Zephyr?

Zephyr is the first EP I put out into the universe and I wanted it to be authentic and the best representation of myself. Since I grew up with a specific kind of music and since those sounds were my roots, I wanted to present myself to the world in that way for my first project. I wanted to stick with what I grew up with. 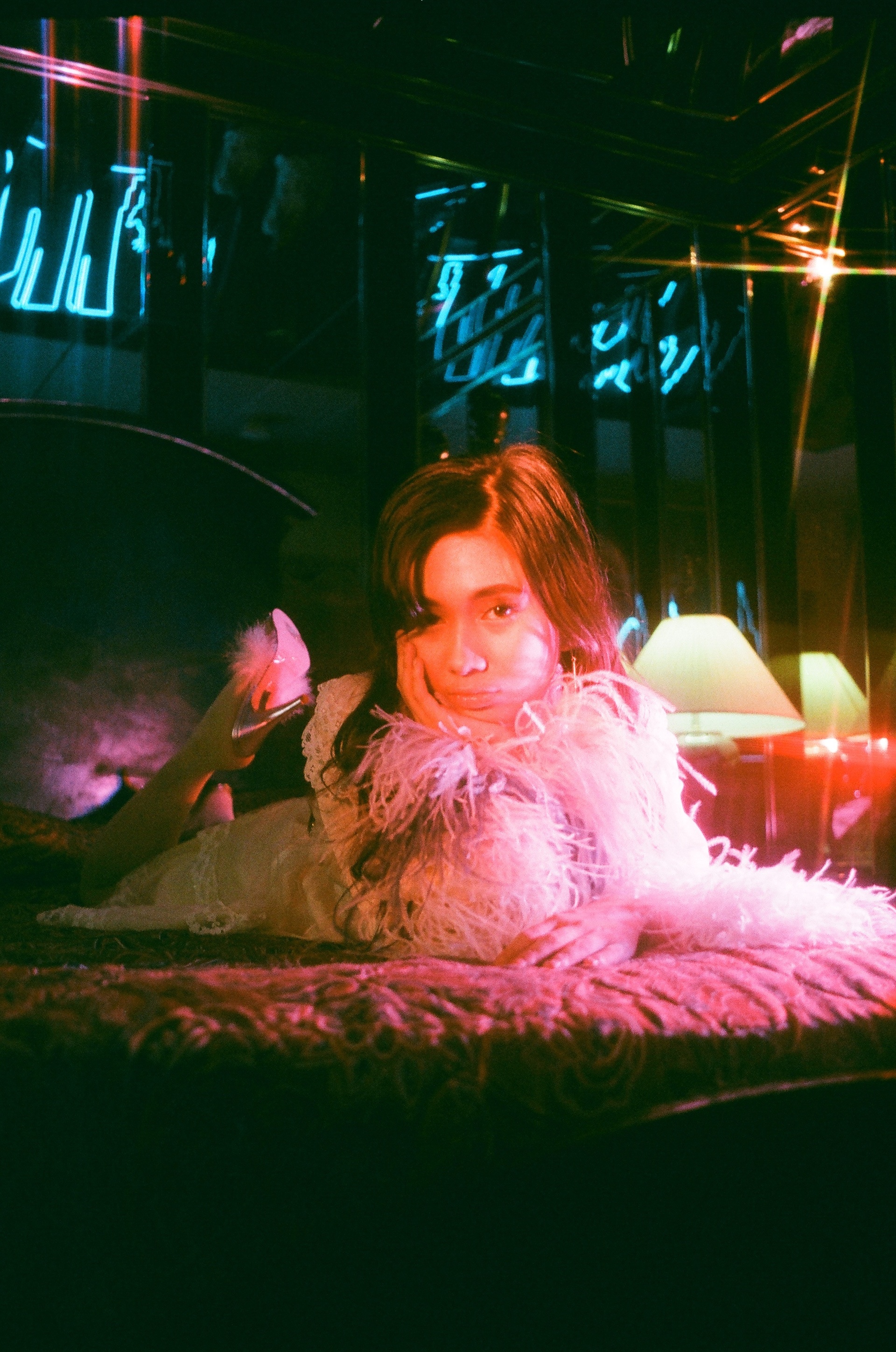 And what would you say is the emotional standpoint of the record?

I’m still looking for my sound. I do believe that versatility is good thing, which is why there’s a song for everyone on Zephyr, sonically and conceptually. But the umbrella themes would be young love and chasing your dreams. Love is something that everyone can relate to, regardless of age or background. As an artist, whether or not I’m drawing from real experience or writing fiction is immaterial. I personally like a focussed approach to songwriting. If you ask me what a song is about, I want to be able to tell you exactly what it’s about. I like having fixed subjects.

One of Zephyr’s standouts is ‘Newsflash!’, which features the hook, “Go be someone else’s hangover”. What’s the story behind the song?

The summer right after I graduated from high school, I wilded out and hung out with a lot of new people. That’s when I first interacted with toxic people. I was in a long-term relationship that felt more like a friendship. But it didn’t occur to me that boys could be attracted to more than one female. ‘Newsflash!’ is about just that. The moral of the song is, ‘Don’t bother me!’

For so long, the general mass in the region has subscribed to this antiquated idea of success that dictates that an artist is only doing well if he/she is making waves overseas. Do you see that changing now?

I think that’s an old-school Asian mentality. But it doesn’t bother me because I want a global audience to begin with. I don’t want to be branded as just an Indonesian singer because that confines me to a bubble. It’s fine if you’re content with doing well nationally, but I want my music to have legs. It’s sad that people at home feel you have to make it elsewhere before they can claim you.

I can only speak for Indonesia, which is why I’m happy to say that it’s changing. People are supporting local acts in a big way and local acts are themselves stepping up.

Are there any Singaporean artists you’re into?

I’m friends with Sam Rui. She’s cool. I love her voice. One of my best friends lives in Singapore and she showed me Sam Rui’s music in June 2017 and I was like, ‘I want to make music like this’. She’s one of my initial inspirations. Besides her, I really like Fauxe and omarKENOBI.

Lastly, as a young Southeast Asian artist who’s traveled the world for music, what’s one takeaway you’d like other young artists from the region to know about?

You need to own where you’re from. Don’t try to be something you’re not; don’t try to be American or anything other than what you are. Be proud of your roots. I see a lot of acts which are stunting their progress by attempting to be palatable to others by sort of faking who they are. Don’t do that. Don’t be ashamed of who you are.