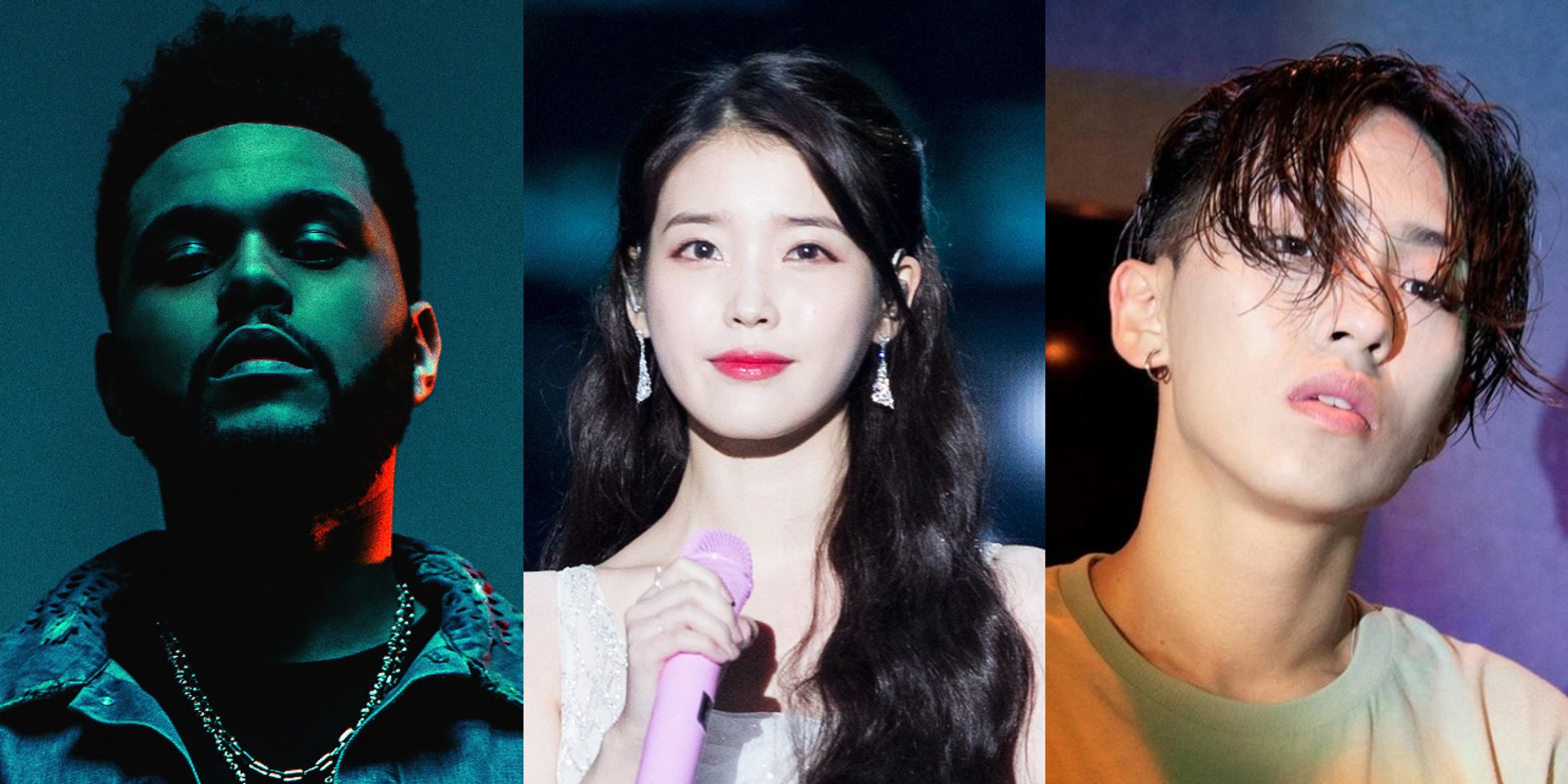 This is it: We're about to begin the final month of 2018. We've been blessed with a ton of amazing concerts and festivals throughout the year and December is shaping up to be no different. With blockbuster shows to kick off and draw a close to December, we thought it would be fit to list down some of the biggest concerts Singapore has to offer this December.

Check out our guide to the live shows you can't miss in Singapore this December. 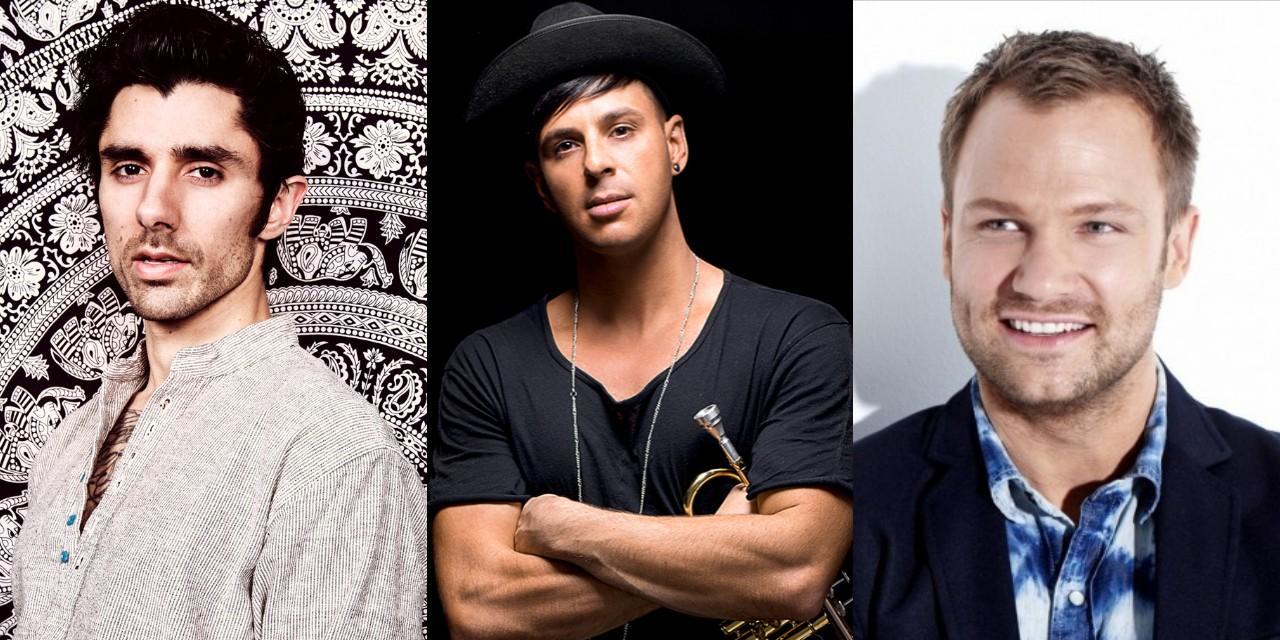 When: 1 December
Where: Siloso Beach

Singapore's biggest dance party is back. Know for being Singapore's only dusk-to-dawn beach dance party, ZoukOut has once again cemented its legacy as one of the biggest dance music festivals in all of Asia with an incredible line-up that features the debuts of Dimitri Vegas & Like Mike and Galantis, along with returning heroes KSHMR, Timmy Trumpet and more. While it's unusal to see ZoukOut only span a single day, they've more than made up for it with a beyond stellar line-up. It would be foolish to miss out on the Singapore's biggest party of the year.

ZoukOut 2018 is set to take place on 1 December 2018 from 7pm till 8am at Siloso Beach, Sentosa, Singapore. Get your tickets here. 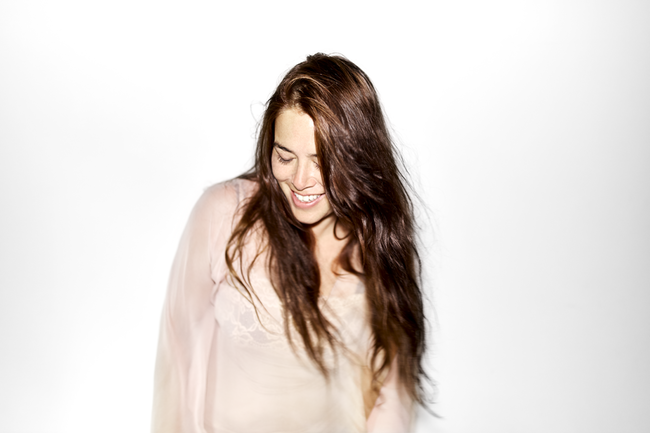 When: 1 December
Where: Esplanade Annexe Studio

Rachael Yamagata is set to return to Singapore for her ninth showing in the country and if her past shows have been any indication of the marvel that concert-goers will revel in, then first time attendees are truly in for a special night. Armed with her hyper-personal lyricism and folk-faithful songcraft, Yamagata is bound to captivate fans once more.

Catch Rachael Yamagata live in Singapore on Saturday, December 1, from 7.30pm onwards, at the Esplanade Annexe Studio. Get your tickets here. 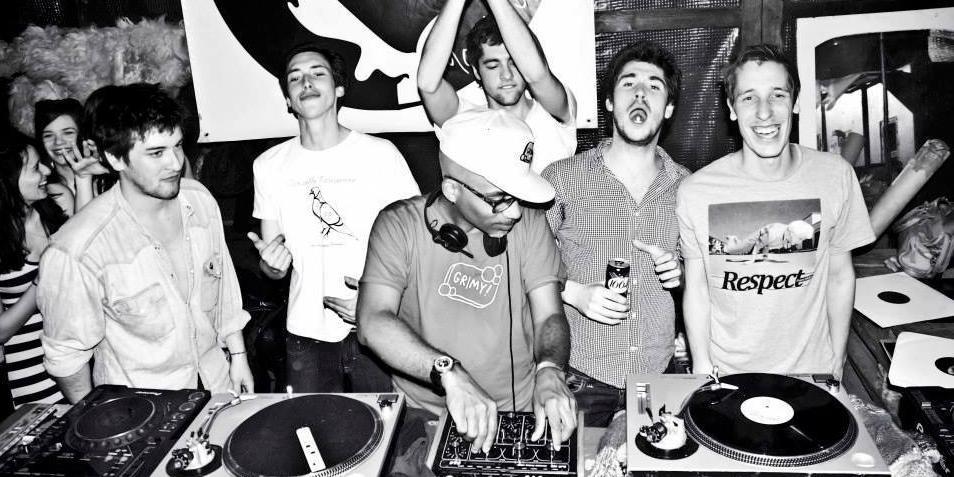 When: 1 December
Where: TBC

French collective La Mamie's seek to kick December off with a bang. Having performed all around the globe, La Mamie's is currently on an extensive tour of Asia and will perform in Singapore on 1 December with a dance set that encapsulates an incredibly diverse range of genres that include disco, hip-hop, jazz and house.

Presented by The Council and Ice Cream Sundays, La Mamie's, Ulysses and Bongomann is set to perform in Singapore on 1 December from 4pm till midnight. A venue has yet to be announced. Tickets are now on sale and can be purchased for S$25. Get your tickets here. 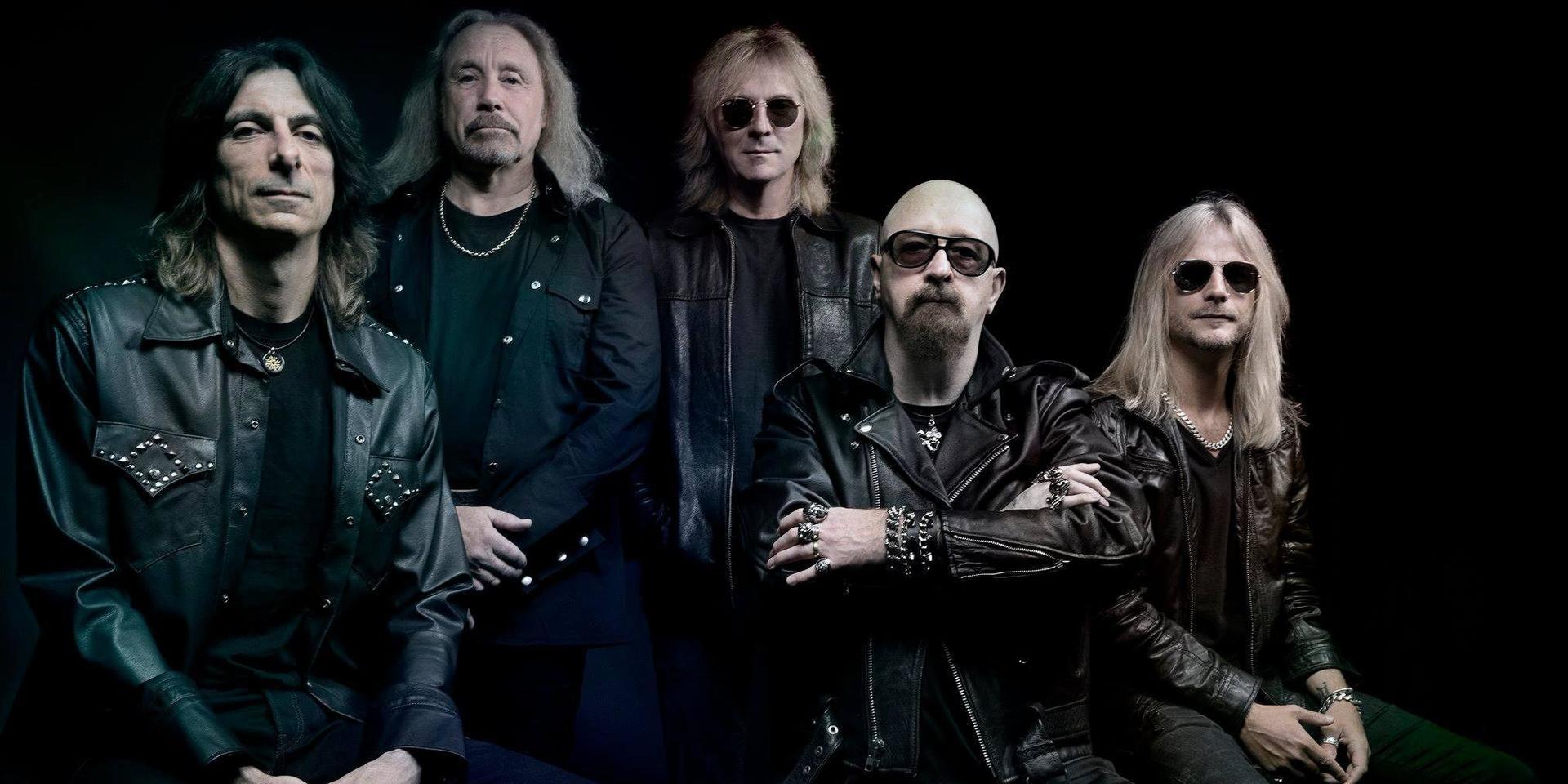 Heavy metal titans Judas Priest are set to return to Singapore for the second time and this time, they're bringing along Japanese Kawaii-metal powerhouse BABYMETAL for the ride. With Priest's classic metal prowess and BABYMETAL's cutting-edge music, the show is gearing up to be one of the biggest metal shows in the region this year.

Judas Priest will return to Singapore this December with BABYMETAL for one night only at Zepp@BIGBOX on 4 December 2018. Get your tickets here. 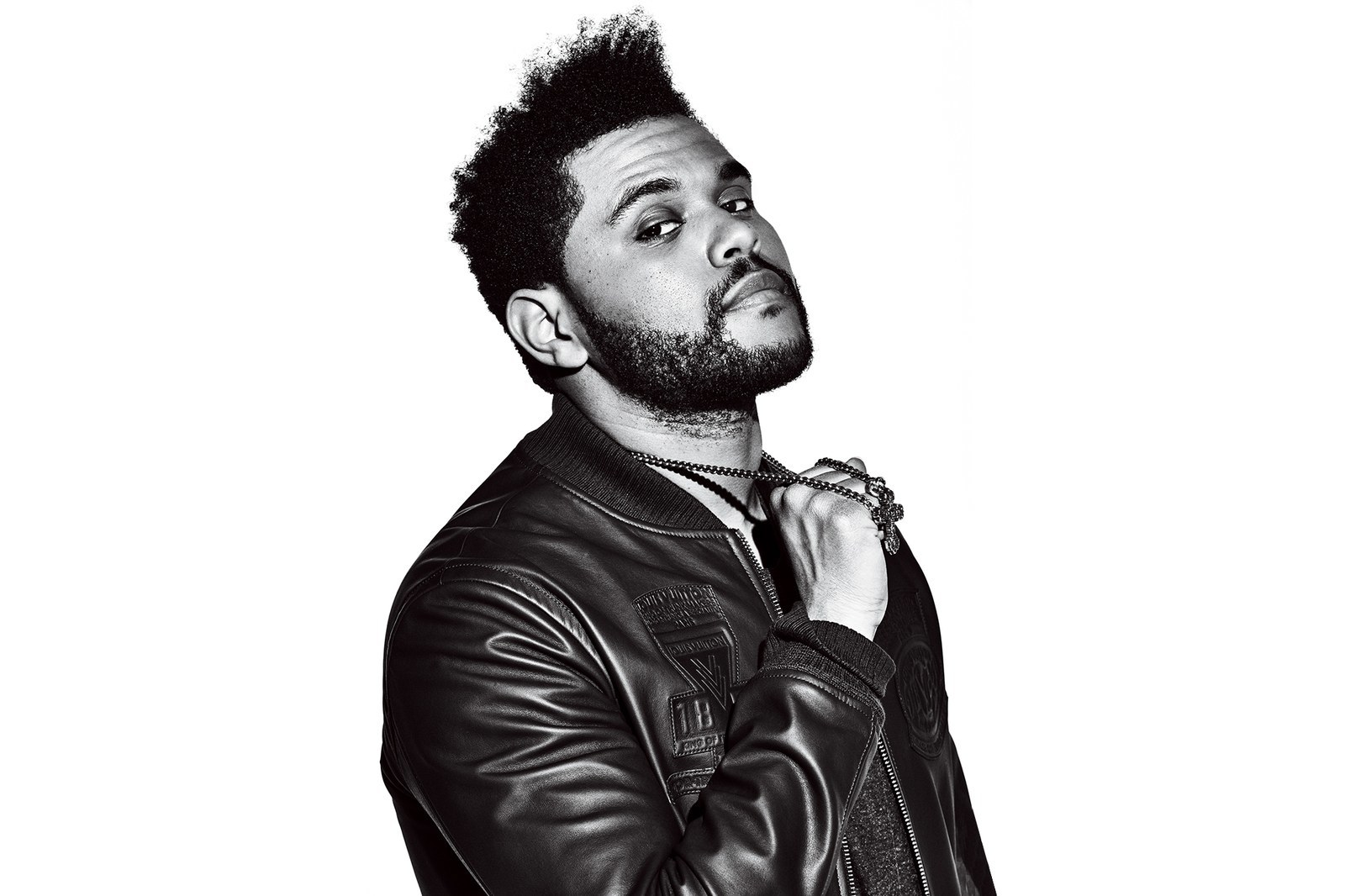 When: 5 December
Where: Singapore Indoor Stadium

Canadian R&B superstar The Weeknd is finally coming to Singapore and his debut is going to be nothing short of spectacular as he drops his NSFW hits 'The Hills', 'Can't Feel My Face,' 'I Feel It Coming,' and 'Wicked Games' for one reckless night of unadulterated fun. Simply put: You can't afford to miss this debut.

The Weeknd is set to perform in Singapore on 5 December at the Singapore Indoor Stadium. Get your tickets here. 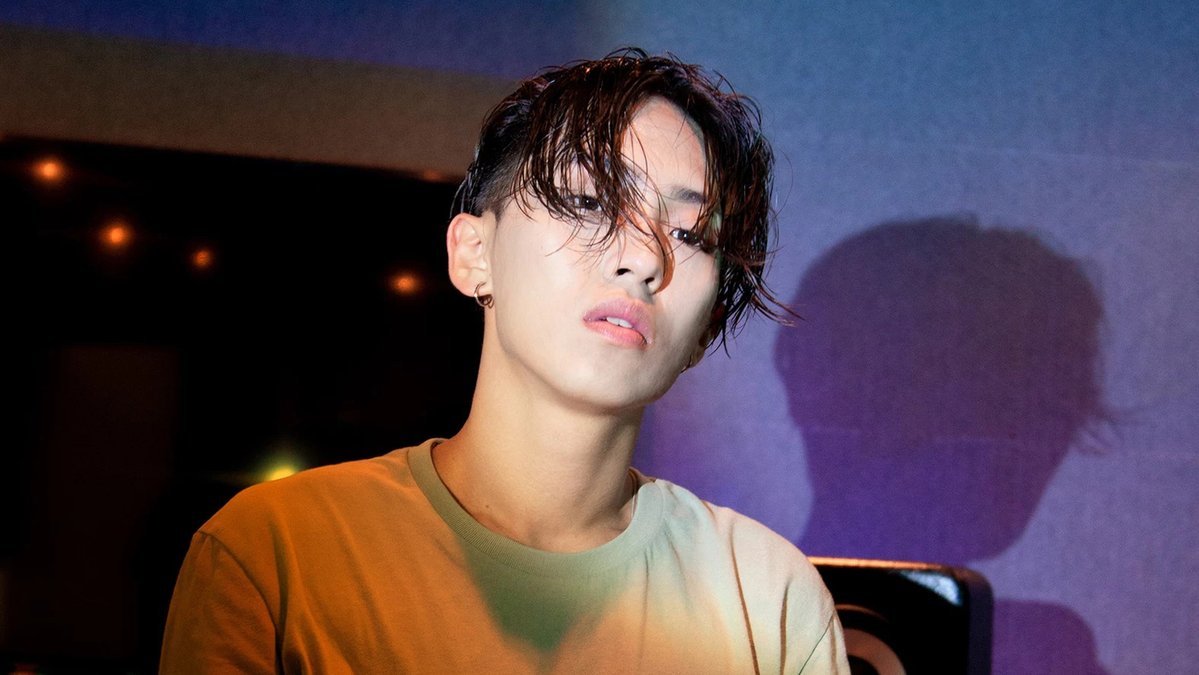 DPR LIVE's debut show in Singapore selling out in two short weeks is merely a sign of things to come for the up-and-coming Korean rapper. Having released his debut album just last year, the young talent has been growing a steady fan-base at break-neck speeds. Kudos to you, if you managed to secure tickets to the highly-anticipated show; you're in for one hell of a performance.

DPR LIVE is set to perform in Singapore on Friday, 7 December at Zepp@BigBox from 7:30pm onwards. 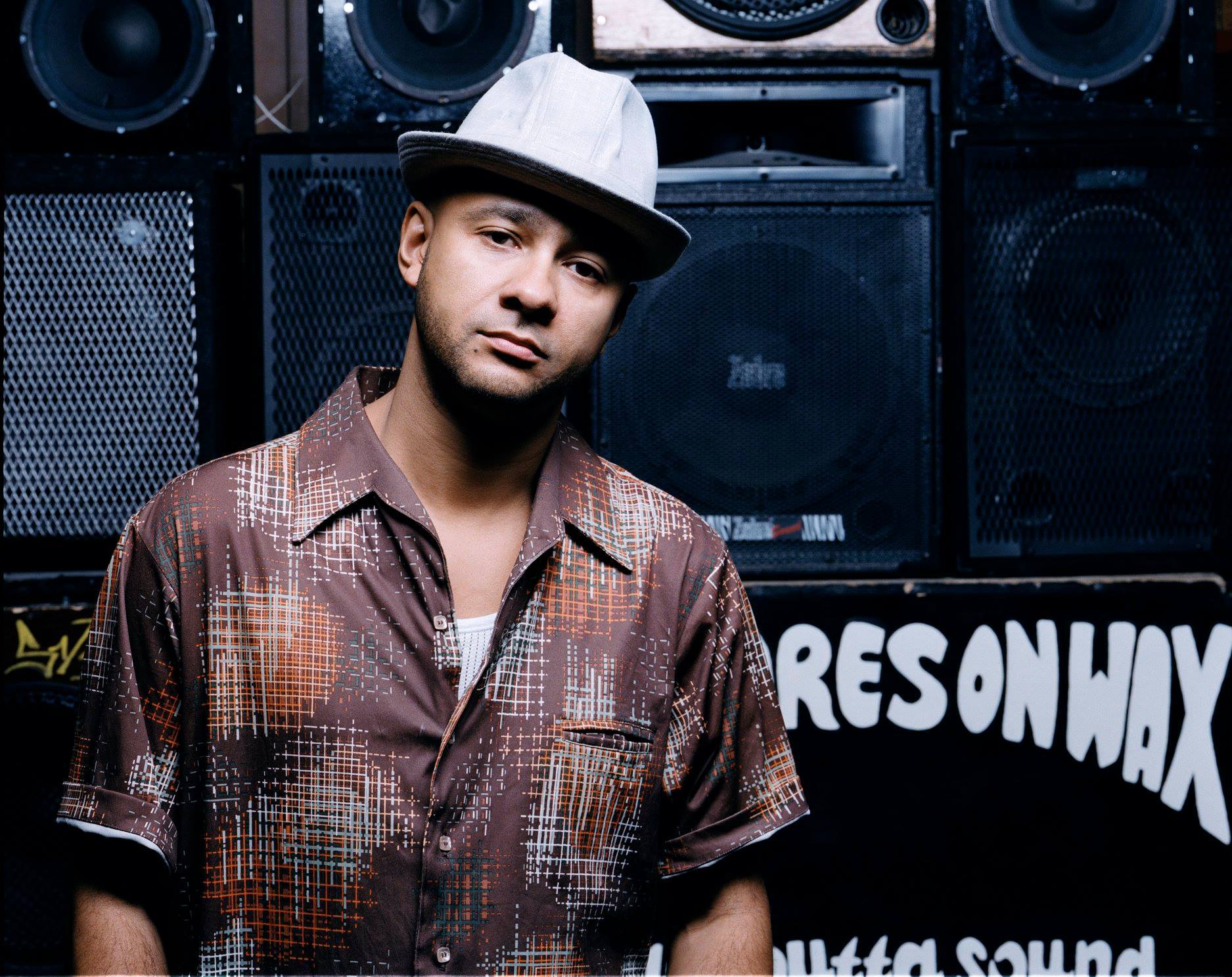 When: 13 December
Where: Kilo Lounge

Take a seat because class is in session. Nightmares on Wax, also known as George Evelyn, is about to put his expertise on display this December when he takes over the Kilo Lounge for a night of musical enchantment. The DJ and electronic music composer from Leeds is guaranteed to go down in history as one of the greatest to ever spin wax and he's set to prove why he's worthy of that very claim this December.

Nightmares on Wax will perform at the Kilo Lounge on 13 December from 10pm onwards. Get your tickets here. 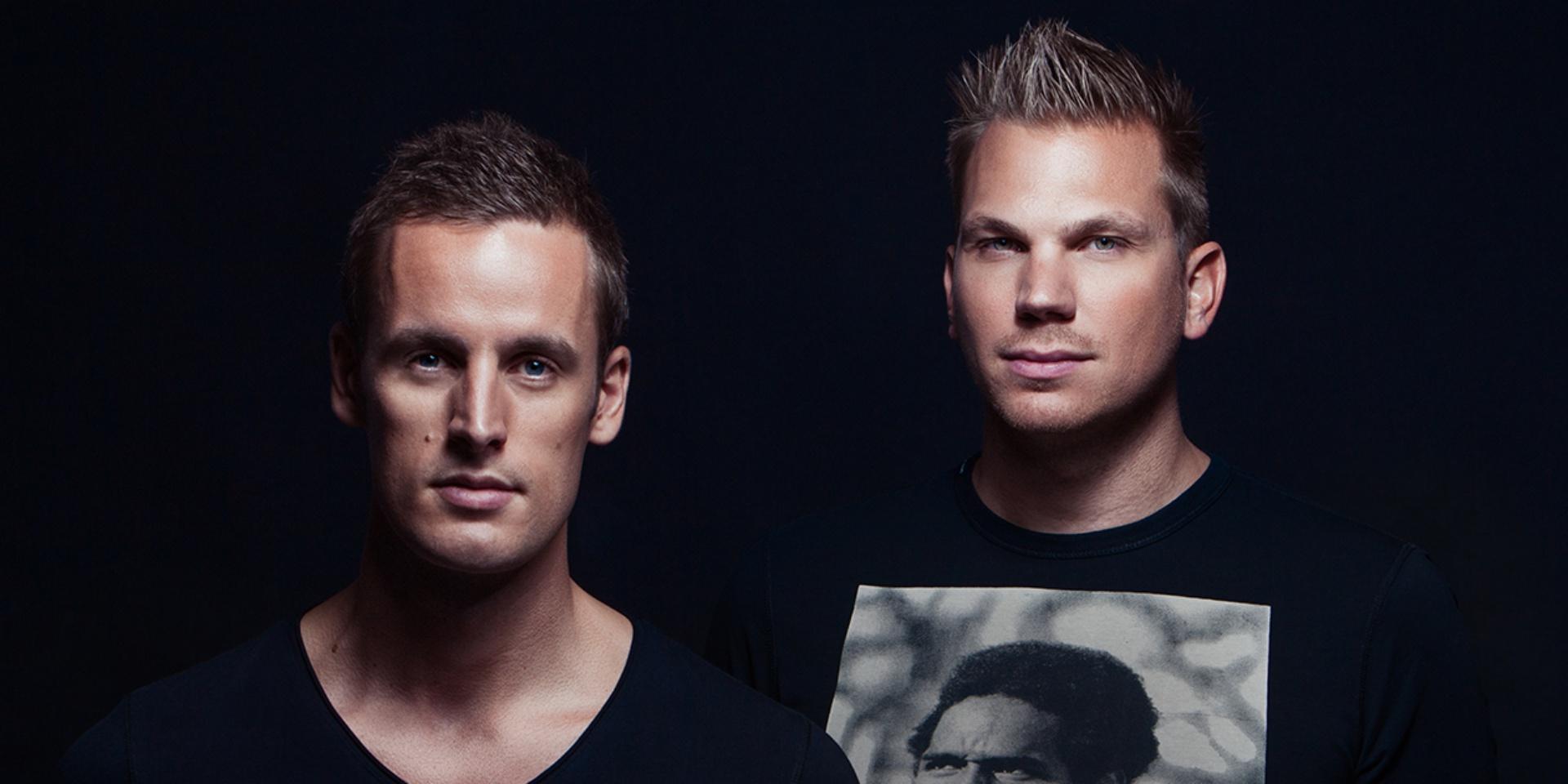 When: 15 December
Where: Secret Location

Hardstyle lovers unite! If you're a hardstyle and hard dance music lover, you're not going to want to miss this. AfterDark Singapore is hosting Singapore's first ever hardstyle warehouse party, headlined by D-Block & S-te-Fan. The line-up also includes a slew of local hard music DJs and producers. Need we say more?

AfterDark Singapore presents D-Block & S-te-Fan is happening on Saturday, 15 December from 8pm to Sunday, 16 December, 5.00am. Get your tickets here. 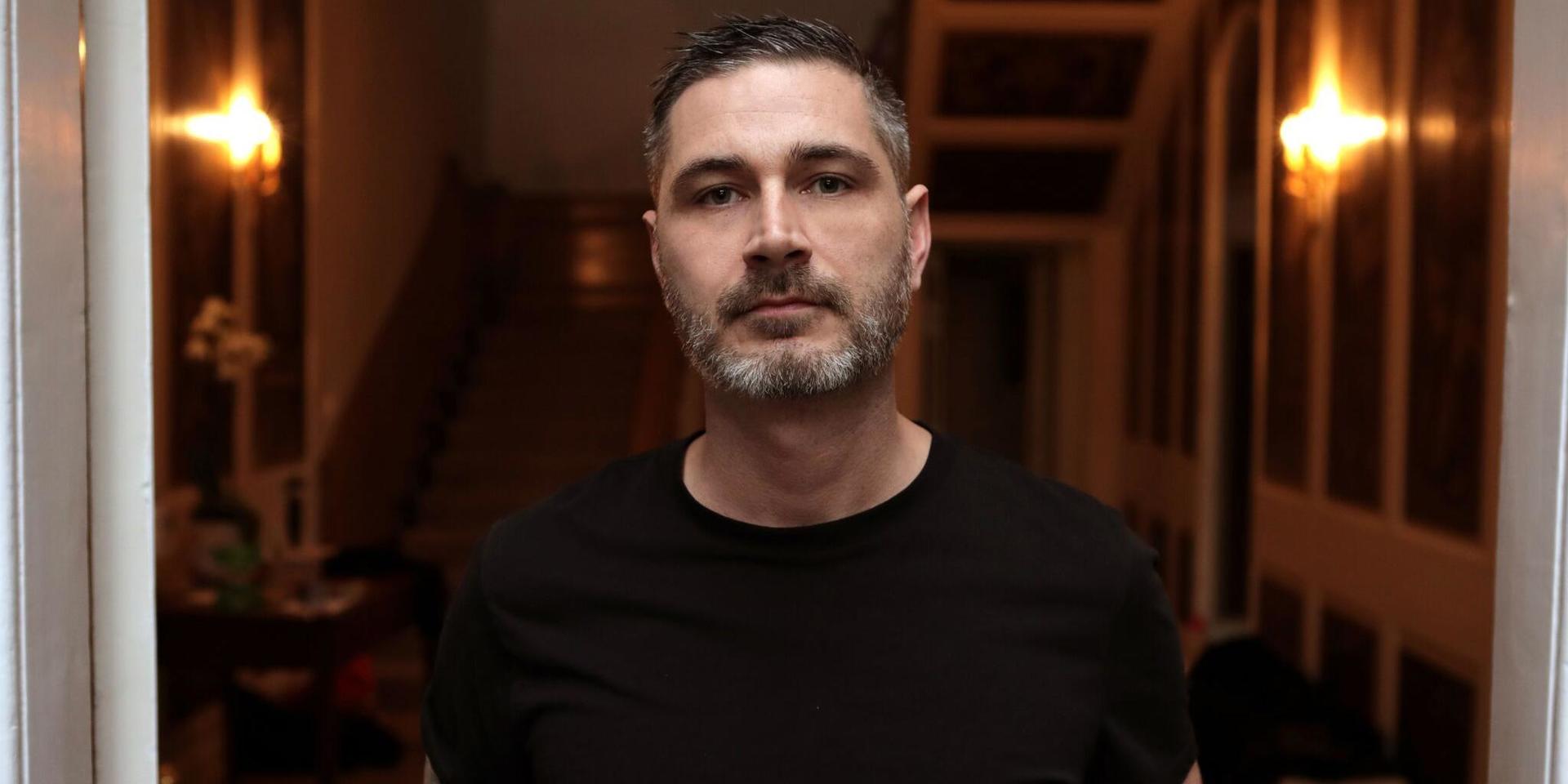 When: 15 December
Where: Canvas Singapore

Trance maven Sean Tyas is coming to town. Sean broke into the scene in 2006 with his breakthrough debut track, 'Lift' that quickly shot to the top of the EDM charts around the world. Since then, the trance producer and DJ has been on a roll, traveling the world and launching his own record label, Degenerate Records last year. This may very well be your last chance to see a trance legend in action this year.

Sean Tyas performs at Canvas Singapore on 15 December from 10:30pm till 4am. Get your tickets here. 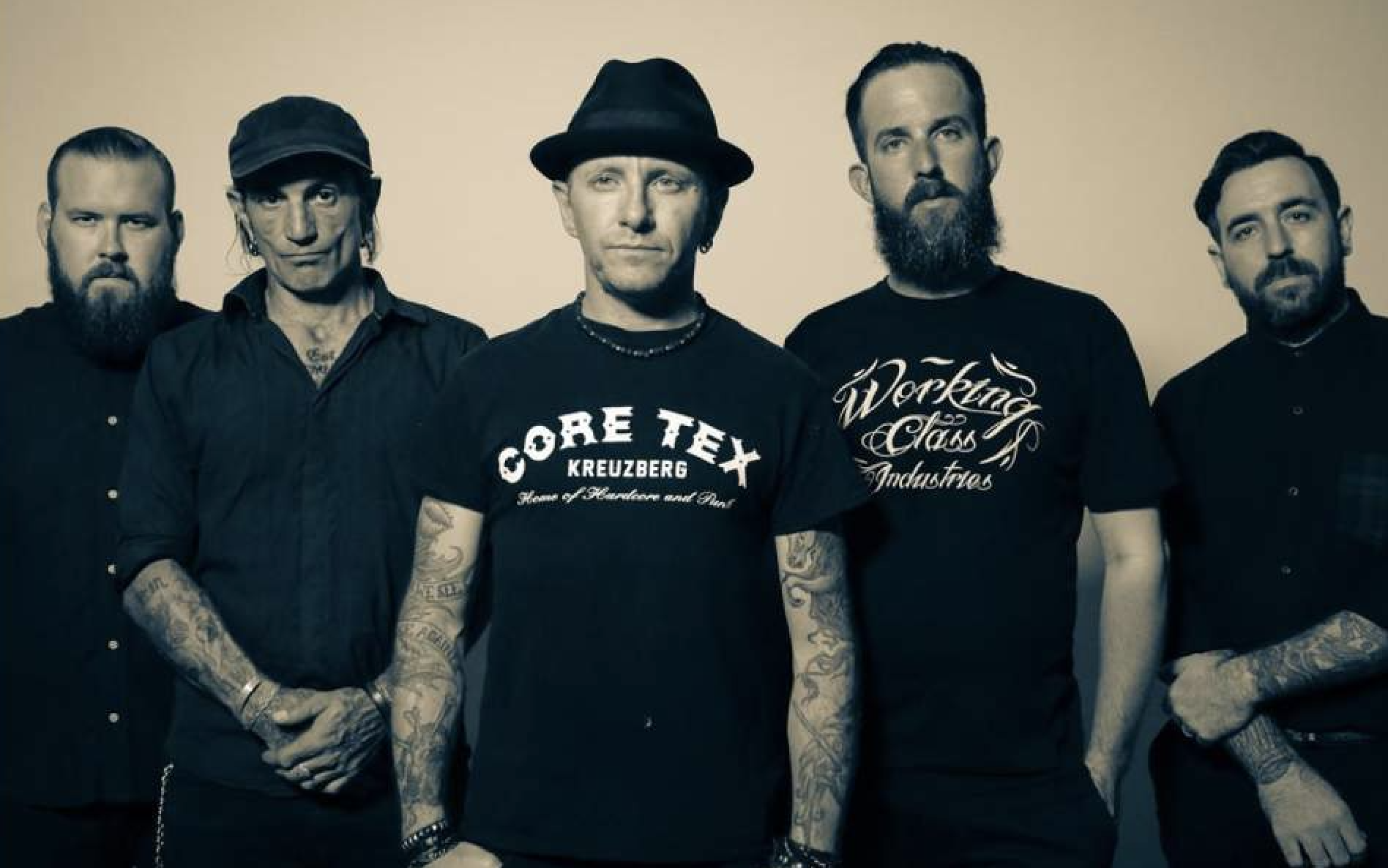 When: 15 December
Where: The Projector Blue Room

Australian punk/Celtic-folk band The Rumjacks are bringing their unique blend of punk rock and Celtic-folk music to Singapore. Supported by local bands Opposition Party, Cesspit and more, The Projector will be the site of one of the most unique and explosive celebrations of music Singapore has ever seen.

The Rumjacks and more will perform at The Projector Blue Room on 15 December from 6pm onwards. Get your tickets via The Projector from 1 December onwards. 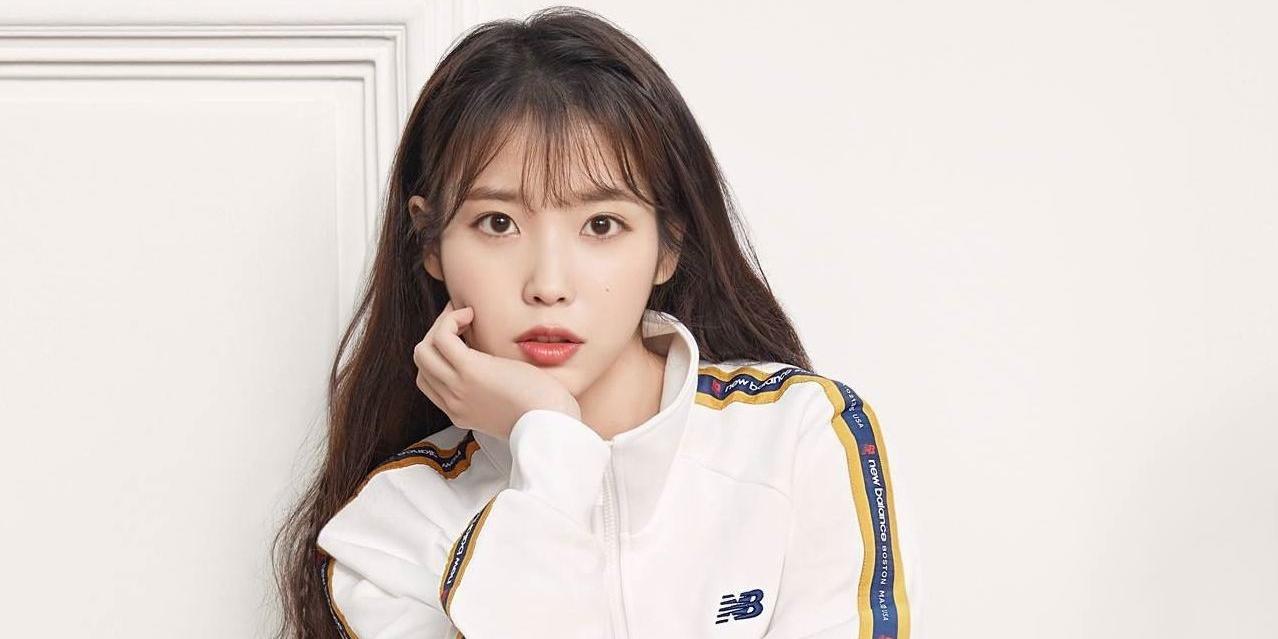 When: 15 December
Where: The Star Theatre

K-pop starlet IU is finally making her long-awaited debut in Singapore this December in conjunction with her tenth anniversary tour. This being her only stop in Southeast Asia apart from Bangkok, fans from all over the region are sure to travel to the Lion City to witness IU in all her glory so you best secure your tickets ASAP.

IU will perform at The Star Theatre on 15 December from 6pm onwards. Get your tickets here. 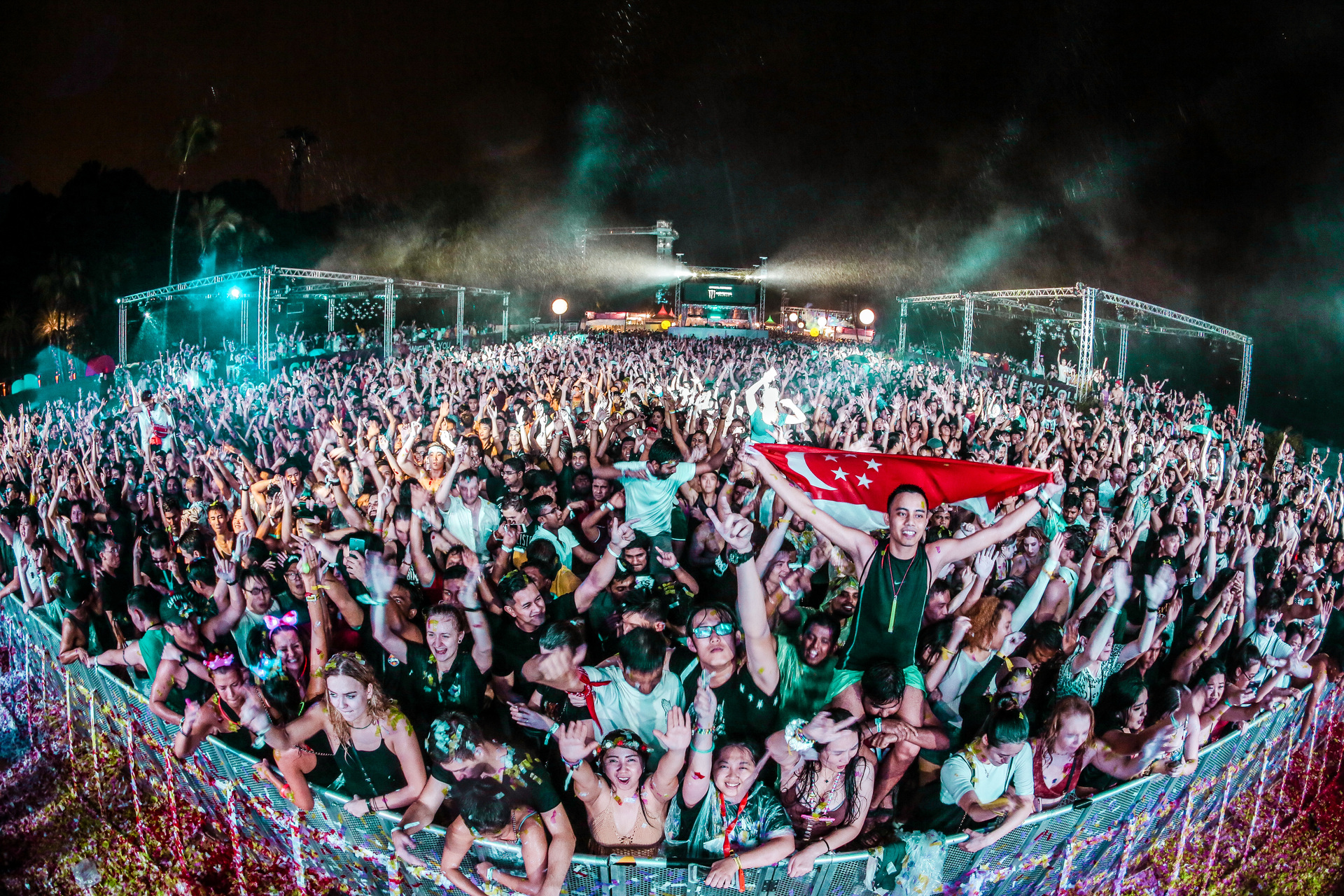 When: 31 December
Where: Siloso Beach

End the year with a bang at Siloso Beach Party. Having rightfully earned its reputation as one of the biggest count down parties in the world, Siloso Beach Party is roping in world-renown EDM DJ Jay Hardway to party the night away as the clock strikes midnight and the crowd rings in 2019 together.