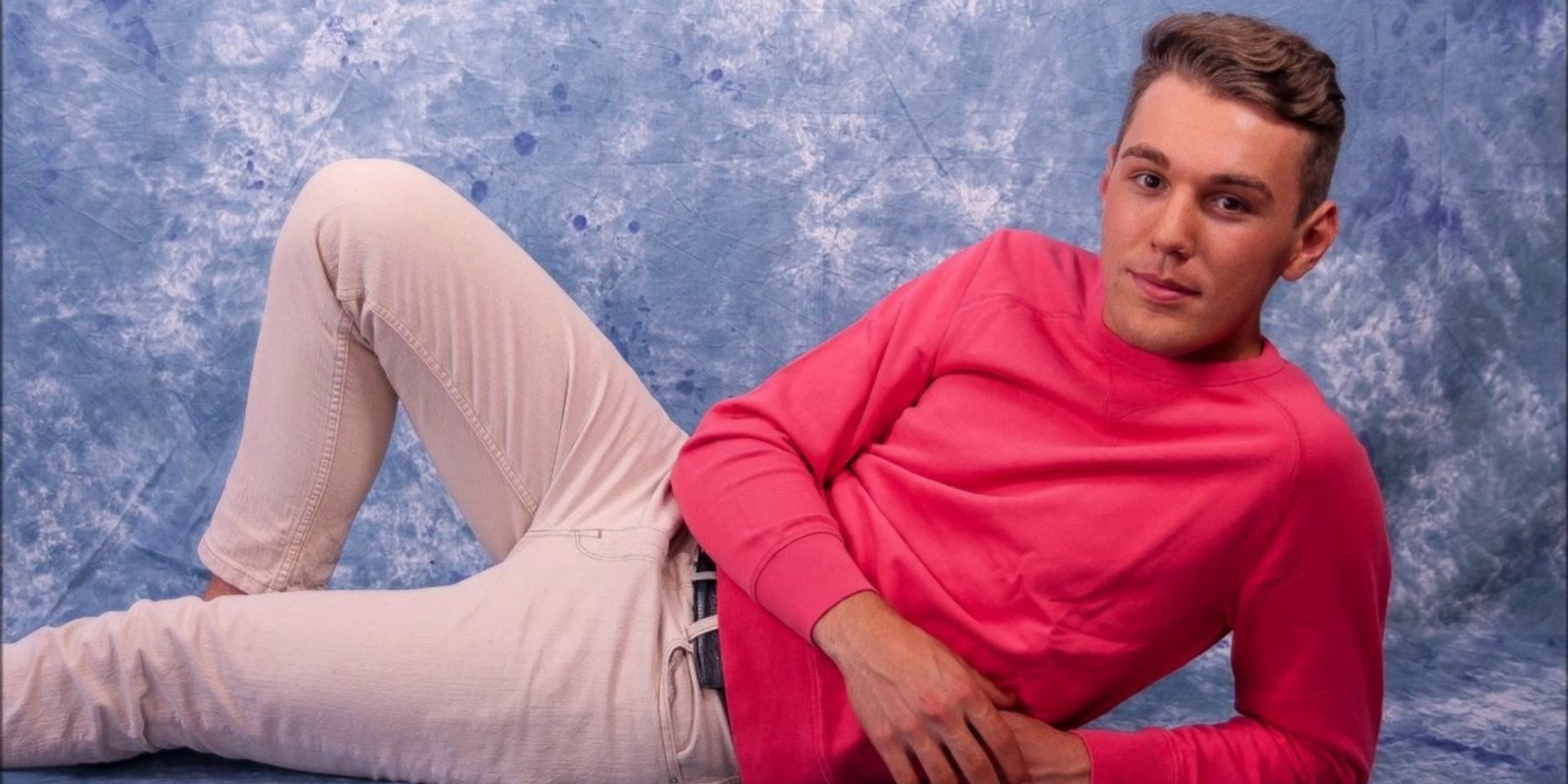 Los Angeles-based producer Yung Bae (real name Dallas Cotton) has been making waves in Asia with his funky, sample-heavy disco tapes and catchy remixes. This and next month, he will be performing in Singapore, Manila and Jakarta for the first time as part of his Asia tour.

They're shows you should be looking forward to if you’re into synth-heavy dance music. Yung Bae's sound is probably best described as an eclectic mix of disco, funk and R&B, and a refreshing revival of 80’s Japanese city pop - think along the lines of Taeko Ohnuki and Tatsuro Yamashita.

The result, as you could imagine, is something futuristic and very groovy - we're talking not only about his tracks, but also the artwork and animations that accompany them. Anime girls, elements of early Internet web design and neon sweatshirts for a deliberately tacky look are representative of Yung Bae’s style, and there’s something strangely delightful about it. For those born in the 80's and early 90's, it’s a nostalgic, guilty pleasure, a throwback to the so-bad-it's-good era of fanny packs and mullets.

Bandwagon checked in with Yung Bae on his thought process when coming up with mixtapes, bringing disco back, current collaborations and more. Read the the interview below.

You have a huge following in Asia, Korea especially. When did you start noticing that people in Asia loved your sound?

I hadn’t actually noticed it as much until I came to Korea for the first time a couple years ago. I really noticed the following in Asia specifically start to pickup after I started the Japanese Disco Edit series.

We see a lot of Japanese pop culture influences in your work - not just in your music, but also your album art and social media posts (a lot of manga girls)! How did this interest come about?

Growing up I was always fascinated by different games and shows from Asia. Sometime in high school, someone put me onto anime and I’ve been in love with it ever since.

How has your music developed with each album, from your 2014 release ‘Bae’, to your most recent, ‘B4E’? How do you decide on a sound for each of them?

Ever since the first ‘Bae’ tape my goal has been to change my sound or at least make it sound better than the last tape. For each tape I typically like to stick to a specific theme and make it as cohesive as possible. That usually involves spending more time digging for the samples beforehand than producing.

Your music and aesthetic brings back groovy, energetic disco vibes of the 70’s. Does this appeal only to a certain crowd, or do you see it as a trend that can come back and take over the mainstream?

Great question. As time goes on, I personally feel like the world is going back to funk and Motown more and more. Acts like Bruno Mars, Mark Ronson and Kendrick Lamar are great examples of people who have found the perfect way to not only resurrect the genre, but to put their own spin on the genre and get people interested in it.

We hear you’re working on new music with Tom Misch, Flamingosis and Macross 82-99. How is that going so far?

It’s going great! The Tom Misch one is a dream collaboration and I couldn’t be happier to work with someone as talented as him. Working with Flamingosis and Macross 82-99 is always so much fun as well. We’ve done so many tracks together that at this point our work flows really blend seamlessly.

How’s the disco remix of the yodeling Walmart kid going? What other memes have inspired you musically?

That one is coming along! I’ve been working on it here and there while flying around on tour and I’m hoping to get a DJ edit out for the rest of the tour. I wouldn’t consider it a meme but I’m super into Fortnite at the moment, so I felt the need to remix a few tracks from that game as well!