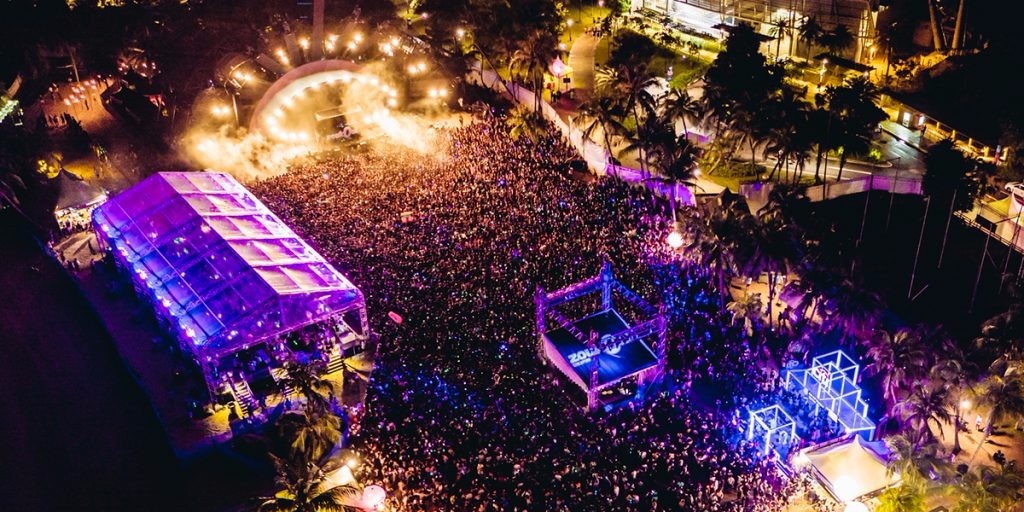 With ZoukOut 2017 happening in less than two weeks, things are beginning to pick up as the festival organizers have revealed an elaborate stage design for this year's festival.

This year, ZoukOut has unveiled the most intricate stage setting that a Singaporean festival has ever seen, and it's a thing of beauty that is sure to elevate ZoukOut's mastery of the ultimate multi-sensory night beach party.

The Moon Stage (main stage) is getting a colossal face-lift this year, to celebrate 17 years of the festival in Singapore, and the homage is evident as the stage will resemble a lion, towering over the festival goers with LED screens under its paws. Lasers are expected to be projected from the lion's eyes. Singapore's national flower, the Orchid, will also make its ZoukOut debut, part of the elaborate stage's design.

The stage is scheduled to be Singapore's first large-scale 3D stage, built specially for a festival.

With an amazing stage in store, a jaw-dropping line-up with several exclusive acts, and mouth-watering food, ZoukOut 2017 is shaping up to be the best one yet, even with the recent update that Korean rapper Keith Ape has been dropped from the bill due to undisclosed reasons. Oh well, 3/4 of 88rising isn't bad.

DBS Live Fresh Card members & all other DBS/POSB Card members are entitled to purchase discounted single day tickets, which include prices at S$124.20 for Day 1 and S$133.20 for Day 2. Get your tickets here. 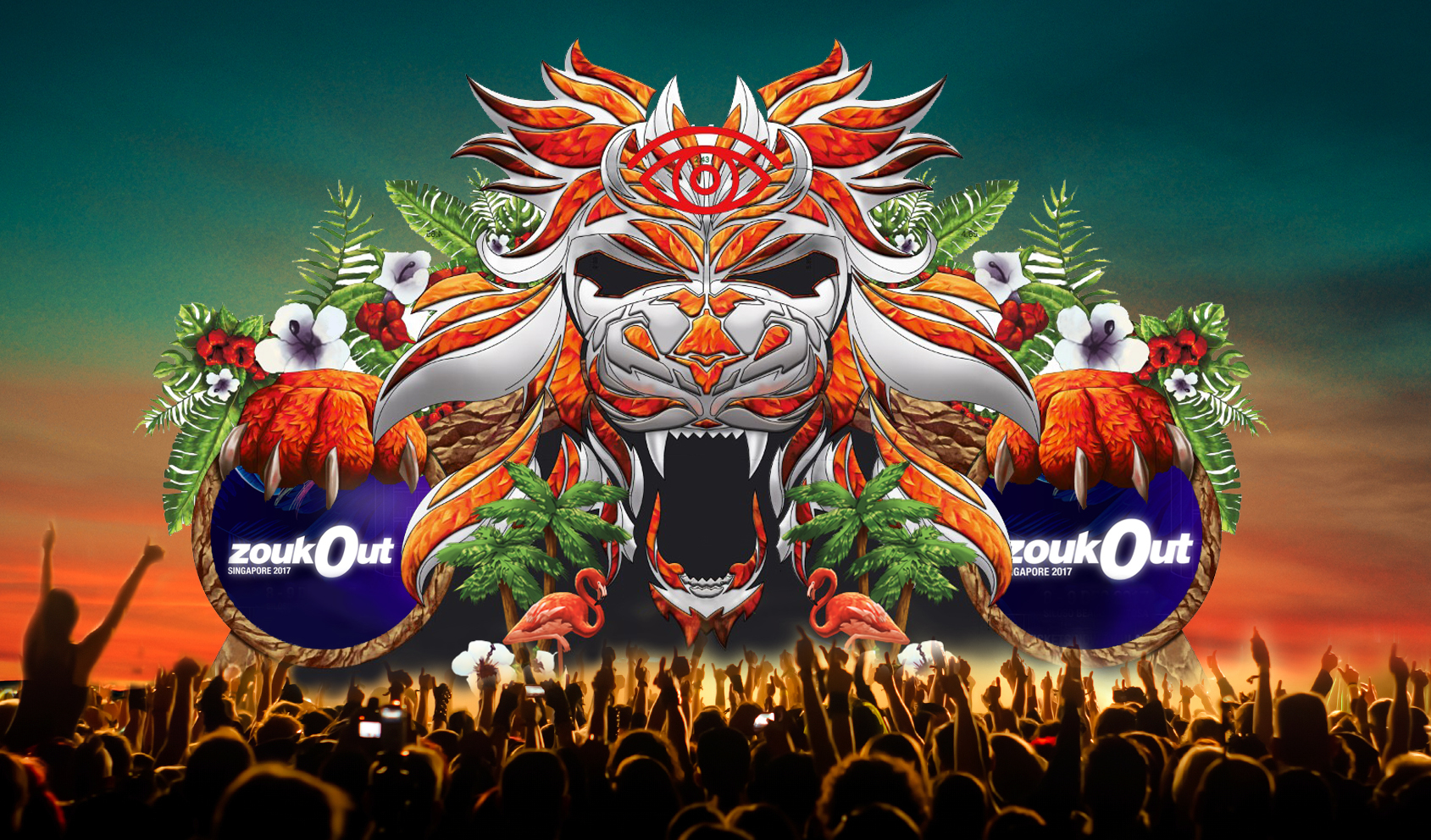 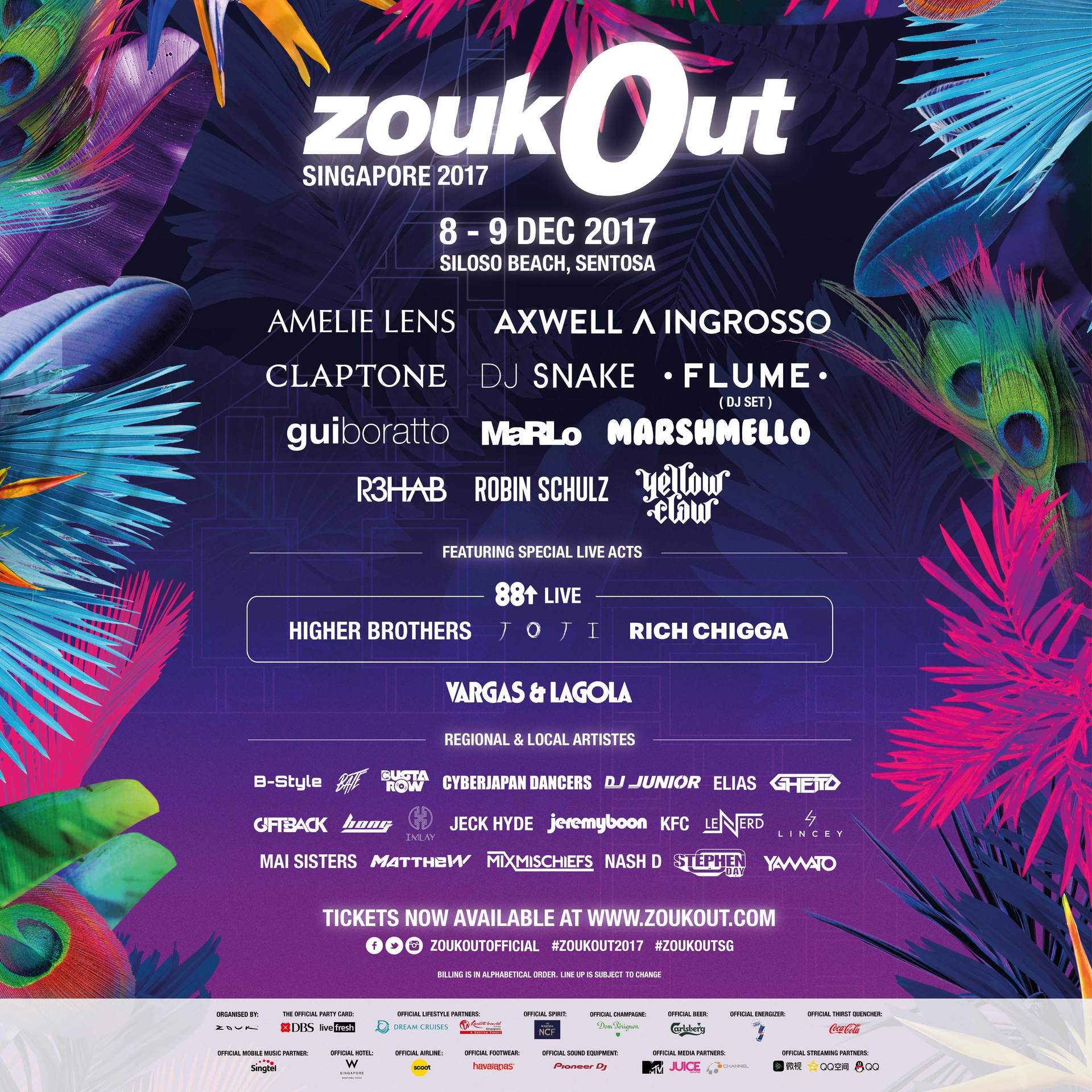