Club L’Opera has a one of a kind luxurious atmosphere that is perfect for refined live music performances with finely tuned Yamaha C2 Grand piano. After a successful relaunch of the regular live music program, we are bringing you the 4th series of Club L'Opera Live Jazz, featuring Tze Trio.

Tze Trio presents their unique take on jazz standards which combines a cinematic, lyrical approach with exhilarating bebop improvisations, inspired by European jazz. Inner Universe refers to the layers of textures, rhythms, melodies that are often created within the music beneath the main theme in the course of the music conversation/interplay/ collective improvisation. They ultimately create a new world built on an existing one, making each piece familiar, yet a unique world of sound, thoughts and emotions. The trio will also perform some of Tze's original works. 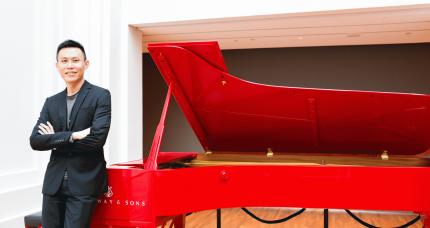 Described by The Straits Times as “an extraordinary musician whose idiom straddles comfortably between genres of classical, jazz, world and film music" and "possesses an original voice”, Tze is a jazz pianist, composer for film, contemporary dance. He is also music director/founder of groundbreaking local contemporary fusion group TO ensemble. In 2011, he won the first prize in the UK Song-writing Contest (Instrumental Category) and has composed music for Discovery Channel, Toyota, DBS, Rosewood Hotels, Porsche, Zuji. His own original music is influenced by the music of Ennio Morricone, Ryuichi Sakamoto and Keith Jarrett, combining film music, Asian sounds and jazz improvisation. He has performed at various festivals including the Indonesia Music Expo (IMEX), ASEAN Jazz Festival, Singapore Arts Festival, MOSAIC Music festival, Titian Budaya Festival and Journey of the Youth Olympic Flame 2010. He will be performing at the Singapore International Festival of Music this October. His works have been performed in Brazil, Poland, Spain, France, Scotland, UK, New Zealand, Japan, Indonesia and Hong Kong.

More works from Tze can be found on
http://toensemble.com and
http://tzetoh.org/ 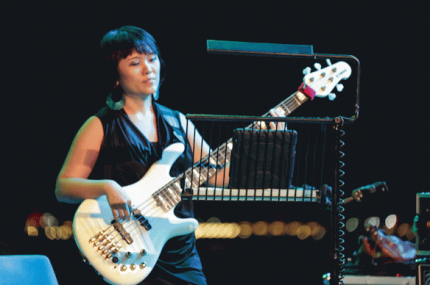 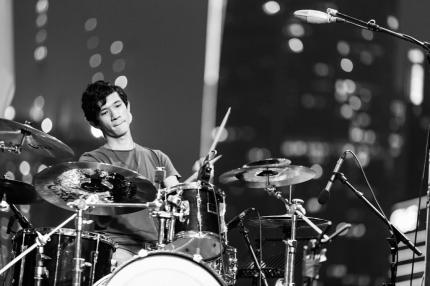 In 2005 at the age of 18, Wei Lung began studying at the Lasalle College of Music. This led him to join a few jazz bands with performances at events such as Sentosa's Jazz by the Beach 2006, Jazz at the concourse 2007, and Mosaic Music Festival 2008.

His dedication to hone his versatility on the drums saw Wei Lung performing with local pop singer-songwriter Tim Koh and the rock cover bands of Continuum and Full Circle. Currently, he drums for TO Ensemble.

Wei Lung is also an international endorsee for TRX Cymbals and SAKAE Drums and has his own Youtube Channel “Art of Drumming” with 35Kviews.