78A Boat Quay, Singapore 049866
After the release of her second album A Room of One's Own, a native of Taiwan, NY based-vibraphonist Yuhan Su is finally making her way to Singapore to represents the voice of the new generation of jazz here at Club L'Opera for a one-night only concert with Singapore's most acclaimed 3 jazz musicians.

A native of Taiwan, New York based-vibraphonist Su has been living in the US since moving to Boston in 2008 to study at Berklee. Since then, she has had performances along the East Coast and joined acclaimed saxophonist Greg Osby's label, Inner Circle Music.

In many ways, Yuhan Su represents the voice of the new generation of jazz musicians. Her music is innovative, emotional, cerebral and most importantly, always lyrical. Her compositions and improvisations are uniquely hers, marked with an amalgamation of complexity, intensity and emotional resonance. And though she is capable of blistering technique, she always maintains a sense of melodic lyricism and wonder in her playing.

Su's debut release as leader, Flying Alone (Inner Circle Music, 2013), has been released to widespread approval. In the April edition of DownBeat, Brad Farberman wrote of Su's "intelligence, sensitivity and a haunting sense of tenderness." Flying Alone has received numerous music awards and nominations, including ‘Best Jazz Album of the Year’, ‘Best New Artist’, ’ Best Jazz Single’ from the 2013 Golden Indie Music Award and ‘Best Performance Album of the year’, ’Best Composer Award’ from 2013 Golden Melody Award in Taiwan, and “Best Release of 2013” by All about Jazz.

The Yuhan Su Quintet is a distinctive contemporary jazz ensemble featuring Yuhan Su on vibraphone/compositions, Matt Holman on Trumpet/Flugelhorn, Kenji Herbert on Guitar, Petros Klampanis on Bass, and Nathan Ellman-Bell on Drums. In Fall 2015, Yuhan has released her second album A Room of One’s Own through Inner Circle Music (USA) and AsiaMuse (Taiwan).

Good vibes- Yuhan Su Interview on All About Jazz :
http://www.allaboutjazz.com/

Guitarist Andrew Lim has been an integral part of the jazz scene in Singapore and abroad since 2001. During that time he has participated in recordings and numerous festival (including Edinburgh Jazz Festival), concert and club performances with musicians from all generations. Andrew has been fortunate to gain the respect of his peers and mentors. He continues to hone his style through writing and performing and is developing a lyrical yet mordern guitar voice that is all his own. He is an active performer and is currently based in NYC. Embraced by its jazz community, he has performed at various venues including Lincoln Centre for the WBGO Champions of Jazz Benefit concert, a residency at Smoke Jazz Club, Dizzy’s , Zinc Bar and various local clubs. His reverence to melodies and soulful style have endeared him to audiences throughout the world as well as the musicians he’s worked with, which includes Grammy winning artists Ernie Watts and Carmen Bradford, amongst many others. 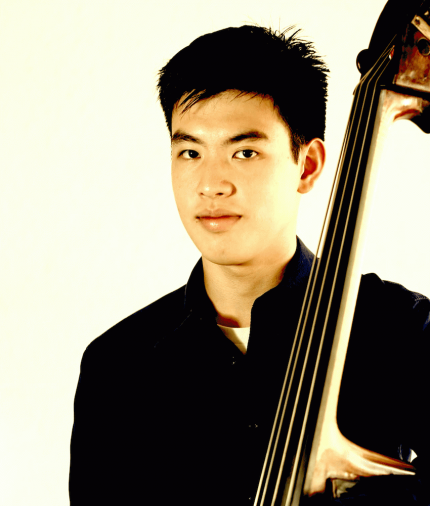 John Koh, 19, is a jazz double bassist who was recently awarded a scholarship from Berklee College of Music. Having been inspired by Ray Brown on Oscar Peterson’s album “We Get Requests” at the age of 13, he picked up the double bass the following year, joining the school’s orchestra. He has performed at the ChildAid 2015 concert alongside Singapore’s “King of Swing”, Jeremy Monteiro. He has also gone on to perform with names like Andrew Lim, Takahashi Yusei, Aaron James Lee, Sebastian Sibbald, Nakayama Takumi, and Bijan Taghavi. He aspires to be part of the New York jazz scene after completing his studies. 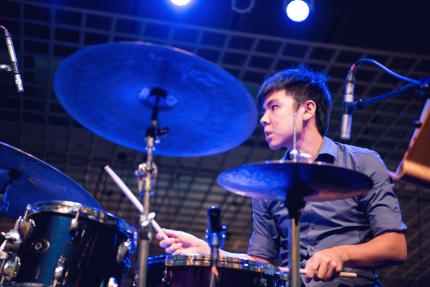 Ting Wei fell in love with music at eight-years old. He became serious about music and began practicing the drums at age 18. He has achieved a Diploma in Music & Audio Technology from Singapore Polytechnic and is now pursuing a Bachelors of Arts in Jazz Performance at Lasalle College of the Arts. He is currently playing with Thomson Swing Band, Afterglow, freelancing as Session musician, as well as teaching drums. 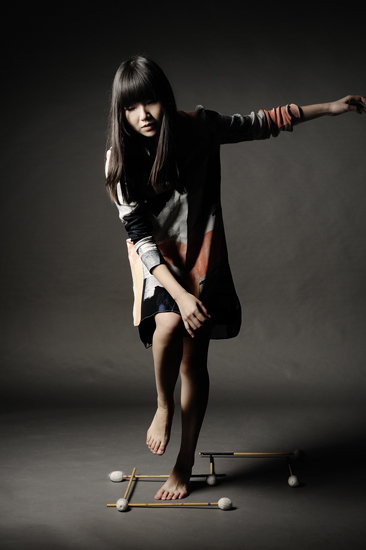